posted on Sep, 6 2016 @ 04:50 PM
link
Well with 9/11 coming up soon i was just thinking it's been a while since we've had a major false flag attack, This is pure speculation but im going to guess the next one will be soon, before the next USA elections.

I have no idea where or what it will be, But with obama wanting to wrap up the whole isis thing before he leaves office, And russia and turkey helping it looks like he may achieve his goal.

This leads me to believe the may invent a new bogeyman, the whole isis thing is wearing a bit thin on the public... they need a new bigger, scarier bogeyman to send a shock though the public, And a, Ahem "honest, strong woman of the people" like hillary clinton who can keep us all safe in out time of need.........

Who says there hasn't been a false flag in awhile? Been bombings everywhere recently and shootings galore, could it be any of those were as you say "false flag" events?

posted on Sep, 6 2016 @ 04:57 PM
link
a reply to: Hazardous1408
The gay nightclub shooting was one of the last ones, or if you dont believe that one then sandyhook or the boston bombing...

Theres been nothing "big" lately.

What better day than 11/9 to get everyone's minds off the debacle that will be the election? And since history likes to rhyme...

originally posted by: ColaTesla
a reply to: Hazardous1408
The gay nightclub shooting was one of the last ones, or if you dont believe that one then sandyhook or the boston bombing...

Theres been nothing "big" lately.


So you don't believe an ISIS supporting madman did it of his own accord?


Or he did but he was aided by sinister forces above us?


I suppose it's believable.

Chances are he just hated gay people though.

I say the 23rd. Because nothing happened last year and 9/11 is soo last decade..

posted on Sep, 6 2016 @ 05:58 PM
link
It seems that when the San Bernardino and Florida shootings happened, people were switching to the Trump side, so Ive been thinking we wont see another one until after elections or if they need another distraction.


When was the last "false flag" in your opinion?


1939, the gleiwitz incident, the nazis here will disagree.
as the fabled operation northwoods was actually nixed by the american government and, history shows the white house can't keep secret, well anything, the likelihood america would contemplate it is unlikely.
if sandy hook was a false flag to ban guns, it didn't work.
if the boston marathon was to get involved in chechnya, it failed.
charlie hebdo and the bataclan had no real reprisals, we were bombing daesh before it, and still are.
the flight that went down over the ukraine still has both sides arguing over who did it, nobody has went to war with russia.

posted on Sep, 6 2016 @ 06:14 PM
link
I'm not predicting anything, but the indicators and models suggest anytime after 20 Sept. to 8 Nov.
I don't program the damned things, I just read the prints-outs / results.
For the sake of my great grand children I hope its all wrong and nothing happens.

I believer the shooter, Actually shooters, believed they were taking part in a military training programme, then the "swat" team came in and shot everybody.

The theme im seeing at the minute is hacking, but what could be hacked that could cause a disaster? Banking system wiped? Power station, A huge computerised levee gate holding back a dam? I have no idea what the next one will be.

What makes you think they've got to invent a new boogeyman? If the ever-elusive They have been orchestrating things from behind the scenes for this long, it would stand to reason that They would also have planned for numerous different contingencies...that They would have a comprehensive arsenal of many different boogeythings readily available, in case people are not proving to be sufficiently intimidated and horrified.

I'm not certain what you consider to be a "false flag attack", but They have been trotting out a veritable parade of boogeywhatnot pretty steadily for quite some time now, and no one seems to be too awfully impressed so far. Perhaps that is intentional...gradual desensitization, while testing the limits of the public's ability to remain apathetic and complacent.

I think maybe it's like foreshocks preceding a major earthquake where tremors and minor quakes occur frequently on a routine basis. No one takes it too seriously if it happens frequently enough...ask anyone who lives near a fault line...to such a degree that people scoff at the idea of a truly catastrophic seismic event. They become lulled into believing that nothing will ever really happen...right on up until it actually does.

I think this is much the same. A constant barrage of seemingly unrelated events happening at seemingly random times, but close enough together that it becomes unimportant background noise. Nothing happens on any obvious dates, like the 4th of July, when people are fully expecting something bad to go down.


And the things that do happen are not isolated to one locale or even to one specific common type of incident either...to perpetuate the illusion that it is perfectly routine, just more of the same old craziness that happens everywhere, all the time...the kind of craziness that only ever happens to other people far away from our cozy comfort zone.

If it's actually a real and unscripted attack, then Trump gains more votes.

If it's actually real and unscripted and really huge, then the election gets postponed and Obama becomes the emperor.

posted on Sep, 6 2016 @ 10:23 PM
link
Things should heat up after Hillary's coronation but before the UN Human Rights Council Meeting on June 17, 2017.
The UN council meeting will spend considerable effort demonize everyday life in the US and deciding how to intervene.
A white skinned, AR toting, mad dog killer would do a lot to kick off their party.
Any mass killing will do as long as small arms are involved but a hateful white dude would be a better fit.

posted on Sep, 6 2016 @ 10:46 PM
link
If we are speculating,
the next big FF is a nuke in
a sizable city in the USA.
The size being whatever is needed
to bring the entire country to follow direction.

Might there be some online 'football squares' kind of site we can all bid in?

posted on Sep, 7 2016 @ 12:46 AM
link
Another FF shooting rampage ,since the other ''shootings'' havent worked in getting the Outrage they were seeking ,from a school ,gay nightclub etc they have tried nearly everything, next one would be a Manchurian candidate White [of course] nazi white supremicist skin head,KKK member ,swastika tattoos ,shoots up a Mosque on his way to a Synagogue, but gets cut down before he get there ,sends the jews in to a ''Something has to be done to protect the jews Frenzy !'' [BAN GUNS]
When Hillary gets in, false flag attack from Iran ,her and her bro Nutandyahoo are both bent on getting Iran and completely destroying the country ,this will happen eventually .North Korea when the time is right ,''a missile attack'' from Kim against the Evil Imperialist America ,''Something has to be done '',syndrome ,calls for an all out attack on North Korea ,by several countries .Later when all the underground infrastructure for the NWO is finished ,since the tunnel system has not been completed yet [all the humms and weird sounds around the world from the tunneling still going on .When its all complete ,an EMP to take out America and some Biological agents to get the thing underway .

posted on Sep, 7 2016 @ 01:32 AM
link
My bet would be an attack perpetrated by so called "white supremacists/alt.right/racists/...."
which will be blamed on Trump supporters.

Timing will be either days before the debates or the election or ery short after a possible "october surprise leak" to deflect from the topic.

This is my guess. I still hope there will be no false flags, and i still hope for a big leak. 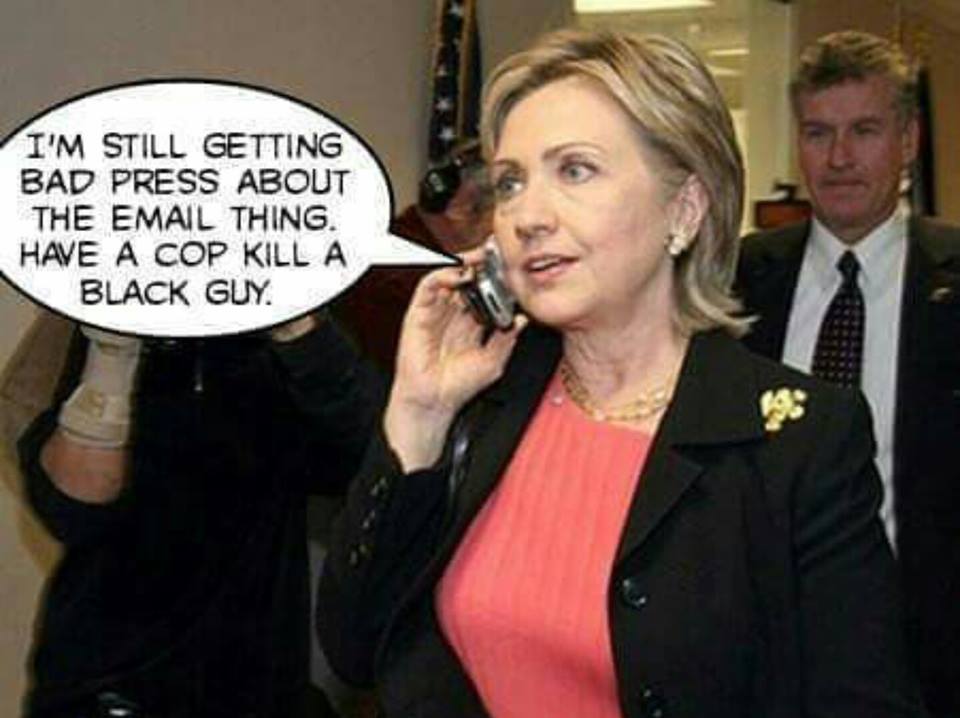