If nobody can see that those who worship Islam have zero respect for other's beliefs and culture....

Then we are truly screwed.


originally posted by: TonyS
a reply to: TheFlyOnTheWall

Why ever in God's name would they hire her?

That's just asking for trouble. Truly weird or stupid. Can't be a shortage of qualified teachers.


I studied years ago in a group with a number of Muslim Australians. We had, in an English lesson, a discussion about racism in Australia, and it led towards islam. One girl, maybe 19 years old, got upset because she didn't understand what we were doing, thought it was an attack on her religion. So from that day on she wore a niqab from head to toe.

So, all it takes is for someone to misunderstand tolerance and healthy discussion to become a little more extreme...


'healthy' discussion abut Islam? I'll bet the conversation 'wandered' there. Did you then also talk about the evils of Christianity, Buddhism and Hinduism, too? Just to be fair to her I mean, not make her fell singled out and all.

Maybe its time to start teaching kids not to fear other cultures and costume, instead of playing the religious persecution card, that builds up their fear ever more.

Imagine the kids, who don't know from persecution complex at a young age...

"Whats wrong with her clothing?".

"Don't you fret honey, they're just very bad people, is all.

Too right. I'll start rocking up to work like this. You've got my back, eh buddy !! What culture is that costume from... TV? 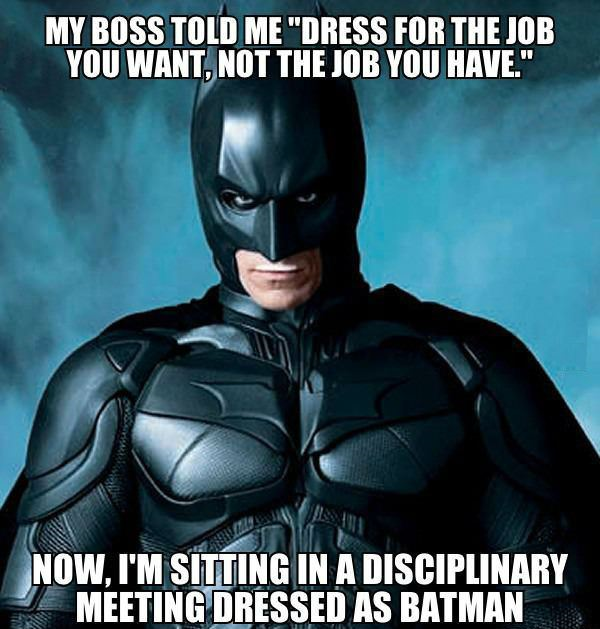 Smacks of desperation.
edit on 6/9/16 by neformore because: (no reason given)

Because you're a mod I'll respond. That clip I posted from '2006' says published August 30 2016 on the YT page I took it from. Was it ever a possibility in your mind that could be why I posted it? Or is it easier to assume I actually went back to 2006 in the wayback machine because it's a slow news day?

It happened. It was dealt with at the time.

The fact that you didn't care to research that, and find out that the clip is ten years old says an awful lot about why you wanted to post it.

Race/Religious baiting for the sake of it is an ugly, ugly thing.

originally posted by: daaskapital
a reply to: TheFlyOnTheWall
Surely the fact that she did not wear the niqab to the interview, nor tell her prospective employers about her plans to wear it on the job, reflect poorly on her standing as a trustworthy employee - regardless of her religion.

She doesn't want the job, she wants them to say or do anything that can lead to a lawsuit.

posted on Sep, 7 2016 @ 05:52 AM
link
What I find funny is no where in thr Koran does it require women to cover there head. This was simply a method of control started in thr 70's and 80s. “Hijab” literally means “curtain” in Arabic. It also means “hiding,” ”obstructing” and “isolating” someone or something. It is never used in the Koran to mean headscarf. This is a radical interpretation of the koran. Want an example look at Iran women used to walk around wothout head scarfs until males decided they needed to wear them. Oddly at thr same time they told them they can't attend college and banned them from working in certain jobs they didn't deem apropriate.

The claim that the religion requires it is not only wrong but also showing they have been corrupted by a false version of islam.

It happened. It was dealt with at the time.

The fact that you didn't care to research that, and find out that the clip is ten years old says an awful lot about why you wanted to post it.

Race/Religious baiting for the sake of it is an ugly, ugly thing.

I concede I should have researched this story first but to insinuate it's race/religion baiting doesn't change anything. I prefer to call it 'public awareness' and I'm quite confident I can engage in a debate regarding the ideology of Islam. You feel drawing attention to unscrupulous behavior is race baiting whilst I feel drawing attention to methodologies used to obfuscate said ideology is a deceptive strategy. I am well within my rights to criticize any ideology I don't agree with as you are within your rights to defend it. Calling anyone a bigot for doing so has lost its shaming power.

Oh don't get me wrong, I'm not trying to shame you. I'm just observing.

I look forward to your threads drawing attention to unscrupulous behaviour from practitioners of the the other major religions as well in the interest of "public awareness" - you might want to start with the catholic church, or mormons, or maybe go out on a limb with scientology? Should be fun.

Who cares what she wears as long as it is not profane or displays to much nudity etc. (which by the way both of these would only bother me because she is working withe kids)?

I am more concerned with how she is performing her job. If she wears that, and doesn't try to foist her beliefs on the students, I could care less. I would care the exact same about a teacher showing up dressed as a nun, or in traditional pagan attire, etc. Just be a good teacher.

But ultimately it is up to the school. Its their right to have whatever dress code they want if they are a private school.

originally posted by: Hazardous1408
You dig up crap from 2006 to what?

Probably a slow day at the office and he needs to meet the requirements of minimum two anti Muslim threads per week. Give the man a break

No my friend. You're trying to use the SJW method to condemn me for raising any objection to Islam. Personally, I believe all organized religion has it's downfalls. Christianity is not exempt. However, I wouldn't classify Islam as a religion to be used in contrast against other "world religions" when its tenets only account for 3% of so-called religion whilst the remaining 57% is about infidels/kafurs and another 40% about Muhammad. Islam is not a religion per se but rather a complete political system. It contains a welfare system, a social system, a judicial system and a financial system. It is actually more comparable to Nazism and Communism than it is Christianity, Buddhism, Hinduism or any of the world religions. That's why apostasy is punishable, it's treasonous. And frankly, I'm not interested in raising awareness about other religions atm. Islam is what's been on my mind and I've learned a lot about it. Here and other places I will do my part to bring awareness regarding it's pernicious beliefs and attempts to overtake western civilization.

So when the first thing someone says to me when I show Islam's true colors that I'm a bigot or a racist, I know that person hasn't done any research. I will say, if it permits me with any credibility, I was like you once.

No. I'm not. I'm observing that you are a bigot.

Does that make you a bad person? I dunno. Probably not. But your vehement stance here certainly fits the definition of the word as highlighted in bold there (by me). That's not being an "SJW" (interesting label) but applying an english language definition.

As for researching the worlds major religions, been there, done that, don't agree with your singular view. You want to point a condemning finger at 1.5 billion people, 99.9% of whom just want to go about their lives normally and look after their kids and family like everyone else, and I think that's lunacy.

Catholic terrorists tried to kill me twice, once in my late teens and then again in my early 20's - if I was to be pissed at anyone it would be Catholics, but do I blame them all? No. I blame the ones that tried to do it.

Jewish people have their own welfare system, laws, banks and inherent politics (as do Sikh's) - do you despise them as well?

As per your definition of bigot, I would surmise that you are the bigot for opposing my views. See how that works? And again, having a disdain for Islam is not the same as condemning "Muslims" Muslims are people and Islam is an ideology. When debating Islam, it's imperative to make that distinction and not cross into territory that is not related. And your 99.9% stat isn't verifiable. It's an arbitrary guess at best.

Sorry to hear about your brush with death but I'm willing to guess it was the IRA? They no longer exist. However, Islam still does and is responsible for 250,000,000 deaths since it's inception and ongoing. There are nearly 20 countries involved currently fighting Islam and have been nearly 30 thousand attacks since 9/11. Now if Catholicism was responsible for that to this day, I would be debating about them as well but they're not.


Jewish people have their own welfare system, laws, banks and inherent politics (as do Sikh's) - do you despise them as well?

Not at all. Jews and Sikhs are not waging Jihad at the moment and their religion is an actual religion. Islam is not. It's Nazism with a twist. If today was 1939, would you be defending Nazis? Probably not. And why not? Schindler was a nice Nazi among many others I presume. To draw in this type of argument of speculation "Muslims just want to live their lives so therefore Islam is benevolent" is a major logical fallacy. We're not talking about people, we're talking about an ideology. Please remember not to confuse the two.