Damnit, I was over hear praising you and you gotta go and tell me your an alien? I'm not racist but I am spiecist Haha.

Actually this is very much from you, because your the spin doctor trying to equate nationalism with racism.

You take snipits from a news article than put your own personal spin on what it's suppose to mean, even though it's so transparent and utterly ridiculous.

This is worthy of the LOL bin.

It's almost a conundrum, the same people who look down to any form of nationalism are the same who act high and mighty and preach diversity. Unless you want a sovereign country that regulates itself.

posted on Sep, 3 2016 @ 05:06 PM
link
When people figure out that the term 'alt-right' is used to refer to friends of theirs and isn't a bad thing....
There will be a brand new term invented to try to turn a group into the target of hate.

Now I know why. The brits who wanted national sovereignty were "racist".
edit on 3-9-2016 by DBCowboy because: (no reason given)

posted on Sep, 3 2016 @ 05:18 PM
link
Oh and one more thing, if something actually is racist, then surely you can give a well thought out detailed posts as to why it is such.

If there's something racist about a policy or idea, then dammit say why. Labels don't actually tell anyone anything, it's just being lazy and intellectually dishonest.

I mean these labels are pretty #ing broad. So someone is being an SJW or acting Alt-Right. Ok... in what way specifically? Not all action traditionally labelled SJW or Alt-Right are necessarily bad. Not being ashamed of having white skin is apparently alt-right. Are you saying someone should be? On the same token daring to call someone a bigot for refusing to sell to a gay couple is apparently considered a SJW act. I thought we were for both free speech and equality here.

In what way EXACTLY is an act racist or discriminatory? I mean if it is, it is, but clearly you can argue it and prove it's such with logic and reasoning rather than throwing it and the person arguing it under some broad umbrella.

Also before assuming someone falls under your broad umbrella, consider whether a view could be held by people who clearly fall outside said umbrella. We're complicated complex creatures. I know for example I have views that fall all over the spectrum between left and right.

So yeah ok, you think there's Alt-Right, or SJW, so what it's all broad ass categories that people fall in and out of all over the place and can even have views that are aspects of both. Can you truly say by one idea a person holds, you know where every view they ever had falls? Of course not.

So some people identify with some Alt-Right ideas. Since not having white guilt seems to be one of those ideals I guess my ass is Alt-Right, but wait, I'm also Transgender, and I've married a girl with black skin before, and am pro gay marriage, and equal rights for all, and think that they should have sold that damn cake and not discriminated. So I'm a SJW too. Dammit which am I please tell me?

If something is racist and you think someone is racist you better be able to argue why, point by point and be ready to defend it. If you think a view falls under some big umbrella of views, you better damn well look in the mirror, because you're labeling them by association from a single view. Chances are you share a view with said person somewhere. So if they by having one view makes them something simply by assumed association, then you to if you share a single view are just as guilty by association.

You don't know anyone on here, not really, none of us do. So let's argue the content not throw broad labels everywhere as if they help settle anything. Thanks all.


You don't know anyone on here, not really, none of us do. So let's argue the content not throw broad labels everywhere as if they help settle anything. Thanks all.

To late for that. I've already been labeled a "people like you" so I really don't give a **** what anyone thinks.


ATS has morphed into one big political mud pit. You can't even have a discussion about music without politics being brought into the conversation.... I wouldn't have it anyother way.
edit on 3-9-2016 by olaru12 because: (no reason given)

Beautiful statement and just to elaborate. When you have no evidence of racism and make the connection (or lack there of) yourself, you yourself treated a race differently and associated something to the fact they are different. By definition your high horse mind just did a racist act.

The so called "Alt-Right" is a break from the traditional hard-left/hard-right divide and conquer politics.

The left has gone so far off the rails that moderates and independents that don't conform to their narrative are now labelled as alt-right.

But the truth is some people are just not ready to be unplugged. 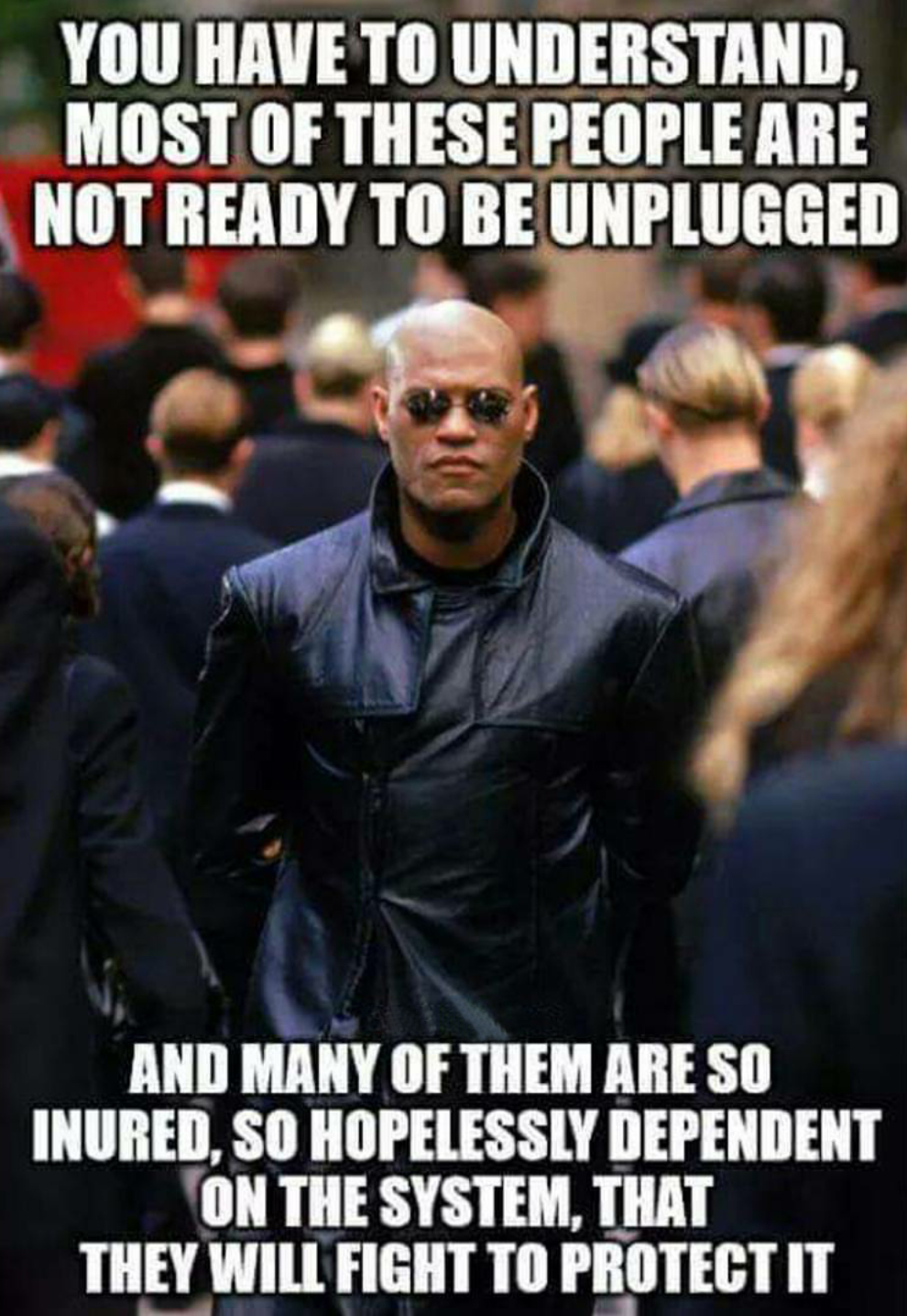 The Alt Right is an ALTERNATIVE to the mainstream conservative movement in the USA that is nominally encapsulated by Russel Kirk's 10 Conservative Principles, but in reality has devolved towards progressivism. It is also an alternative to libertarianism.

The Alt Right is not a defensive attitude and rejects the concept of noble and principled defeat. It is a forward-thinking philosophy of offense, in every sense of that term. The Alt Right believes in victory through persistence and remaining in harmony with science, reality, cultural tradition, and the lessons of history.

The Alt Right believes Western civilization is the pinnacle of human achievement and supports its three foundational pillars: Christianity, the European nations, and the Graeco-Roman legacy.

The Alt Right is openly and avowedly nationalist. It supports all nationalisms and the right of all nations to exist, homogeneous and unadulterated by foreign invasion and immigration.

The Alt Right is anti-globalist. It opposes all groups who work for globalist ideals or globalist objectives.

The Alt Right is anti-equalitarian. It rejects the idea of equality for the same reason it rejects the ideas of unicorns and leprechauns, noting that human equality does not exist in any observable scientific, legal, material, intellectual, sexual, or spiritual form.

The Alt Right is scientodific. It presumptively accepts the current conclusions of the scientific method (scientody), while understanding a) these conclusions are liable to future revision, b) that scientistry is susceptible to corruption, and c) that the so-called scientific consensus is not based on scientody, but democracy, and is therefore intrinsically unscientific.

The Alt Right believes identity > culture > politics. The Alt Right is opposed to the rule or domination of any native ethnic group by another, particularly in the sovereign homelands of the dominated peoples.

The Alt Right is opposed to any non-native ethnic group obtaining excessive influence in any society through nepotism, tribalism, or any other means. The Alt Right understands that diversity + proximity = war.

The Alt Right doesn't care what you think of it.

he Alt Right believes we must secure the existence of white people and a future for white children. The Alt Right does not believe in the general supremacy of any race, nation, people, or sub-species. Every race, nation, people, and human sub-species has its own unique strengths and weaknesses, and possesses the sovereign right to dwell unmolested in the native culture it prefers.

The Alt Right is a philosophy that values peace among the various nations of the world and opposes wars to impose the values of one nation upon another as well as efforts to exterminate individual nations through war, genocide, immigration, or genetic assimilation.

Graphic imagery is so important in conveying sophisticated ideas.
edit on 3-9-2016 by olaru12 because: (no reason given)

Dude I appreciate your research and digging.

Thing is Hillary gets out on a national stage, campaign trail, and proceeds to use the term from somewhere/anywhere she owns it. It really doesn't matter where it came from but how she decided to use it and it really was a pejorative at that point.

The left has gone so far off the rails that moderates and independents that don't conform to their narrative are now labelled as alt-right.

Nope. The alt-right is steam rolling moderate and traditional Conservatives and laughing about it all the way, referring to them as Cuckservatives.

Yes as if white people have no stake it what happens and are to be politically reduced as a group, unless apologetic and liberal, so they can be bullied and intimidated.

I remember when Holder scolded america for not wanting to have a frank discussion of race. Not with a liberal black as if he's going to be objective? Does anyone really believe that or in objectivity anymore?

originally posted by: olaru12
a reply to: Puppylove


You don't know anyone on here, not really, none of us do. So let's argue the content not throw broad labels everywhere as if they help settle anything. Thanks all.

To late for that. I've already been labeled a "people like you" so I really don't give a **** what anyone thinks.


ATS has morphed into one big political mud pit. You can't even have a discussion about music without politics being brought into the conversation.... I wouldn't have it anyother way.


Hey, welcome to the club. I've been called racist for the past 8 years now.

I've generally only heard that term from leftist trolls.

You really have to be a moron to think that white people have lost even an inch of ground in the West or that there's an even an attempt worth mentioning to suppress white people.

This was bound to happen eventually when the progressives took over the Democratic Party 20 years ago. Folks that you call "alt-right" are just the other side rising to greet you.