posted on Sep, 3 2016 @ 01:15 PM
link
According to a story, somebody from CBS posted a Tweet that said many Hillary Clinton staff are quiting the Campaign because the FBI report released Friday is gonna make Hillary drop out of the Presidential election !!!

Can you imagine the shock and heart attacks this caused?

Anybody seeing it would have either fainted or jumped for joy !!

On Saturday, a short report at New York Superstation95 said CBS News reporter Hannah Chanpong tweeted a message saying that Clinton campaign staff members are resigning apparently over worries that the Democratic Party presidential nominee may drop out of the race after Friday’s FBI data dump. The tweet was quickly deleted but not before being captured for posterity: 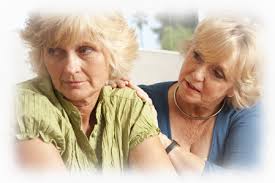 Hillary's gonna go to jail if she doesn't get elected.

I only hope that if Hillary drops out, she's kept the receipt for the people and influences that she's purchased.

They're going to say it was a hack... By the Russians.

I doubt she's dropping out over this, it's not quite enough to sink her. May take out some of her underlings, though.

Many staffers are quitting because Clinton ''MAY' drop out of the race do to these FBI dumps?

Does this make a lick of sense? Not to me.

A short lived tweet from ''somebody'' is all this is.

The fact that an accredited political reporter from one of America’s largest news organizations would Tweet this is nothing short of STUNNING. The fact it was quickly DELETED makes the information all-the-more believable.

Could be a clever Moonie Myth.

A short lived tweet from ''somebody'' is all this is.

Here is Hanna’s Twitter profile. She’s been with CBS for 7 years. It looks like that’s Hannah in green, next to Clinton.
However, her Linkedin profile is much more interesting. She graduated from Northwestern U. in 2011 and went to work for CBS Radio News. After 6 months, she jumped up to “60 Minutes”
She was quickly snapped up by David Rhodes, President of CBS, and worked as his assistant for 2 years and 5 months.
Then, she moved up to Associate Producer/Digital Journalist and has done that for the last 2-and-a-half years.
So, the bottom line is that Hannah has been around for awhile. She works hard and is trusted – especially by folks she has gotten to know on the Clinton campaign.

posted on Sep, 3 2016 @ 01:43 PM
link
Both MSM candidates are immediately impeachable and/or indictable immediately upon inauguration. It'll be four years of chaos until their VP takes over.

I wish the DNC and RNC would wake the hell up and realize that they have to get rid of both their candidates and let the real people's choice run - that would be Bernie Sanders on the left and perhaps Rand Paul on the right.

This is ridiculous. A woman with a conveniently failing memory for anything important and 'bad judgement' by her own admission, and a human version of the Hindenburg.

They're going to need a whopper of a false flag ASAP between now and February if they want to clear this crap out of people's minds, and I don't think those will work anymore.

Likely fake - no credible source for this; no mentions on twitter before "SuperStation95's" report - even though it supposedly was favourited in the hundreds.

It could be Hillary Clinton looking into a mirror.

originally posted by: wildb
It's fake, no favorites on twitter for a long time..

If it was immediately deleted, would that show up as a favorite? I'm honest asking, I'm not sure.

The reporter in question is embedded in the Clinton campaign, so there's a great chance she heard evidence that a lot of campaign staffers are jumping ship. Doesn't have to be high level staff, either.

Hillary has a tendency to cost her aides lots in both lawyer fees and future employment prospects. Not to mention bullets in the back from robbers that don't take anything. Jumping this sinking ship would only be self preservation.

Other wise they will have to pull her out by her cankles, screaming and kicking all the way.

posted on Sep, 3 2016 @ 02:10 PM
link
Interesting - Hannah Chanpong was one of the reporters right next to Hillary in the infamous 'head bobbing try the cold chai' incident. She had just been asked a question about Elizabeth Warren and she ducked it by fooling around and then commenting on her drink.

Ha ha hee hee. There's nothing in there that she would quit over. Where does this garbage come from?

It's bull. God you guys believe anything. It's really not funny.

If I said something as stupid as the C meaning some kind of alphabetical order thing, I'd drop out and never be heard from again. I wouldn't even be able to live with myself if I said something that ridiculous.

Even discounting all other things, that alone by itself is serious wtf levels of either complete incompetence and stupidity or the worst lie ever made.