Save The Lemmings! Create a New Atlantis!

posted on Aug, 29 2016 @ 07:40 AM
link
My name is Zebraman. I'm a lone costumed conspiracy theorist who lives in the evil city of Toronto. There are reptilians here. The Toronto Raptors are actually symbols of the lizard people from space. I dress up like an animal to fight these animal I'm a vigilante/rebs, and diss them in my literature. I actually were more costumes like an owl. I'm like Ben 10. I see them in VISIONS. They told me they're following me!

Anyways, lately I have been reading a book by Frank Joseph. 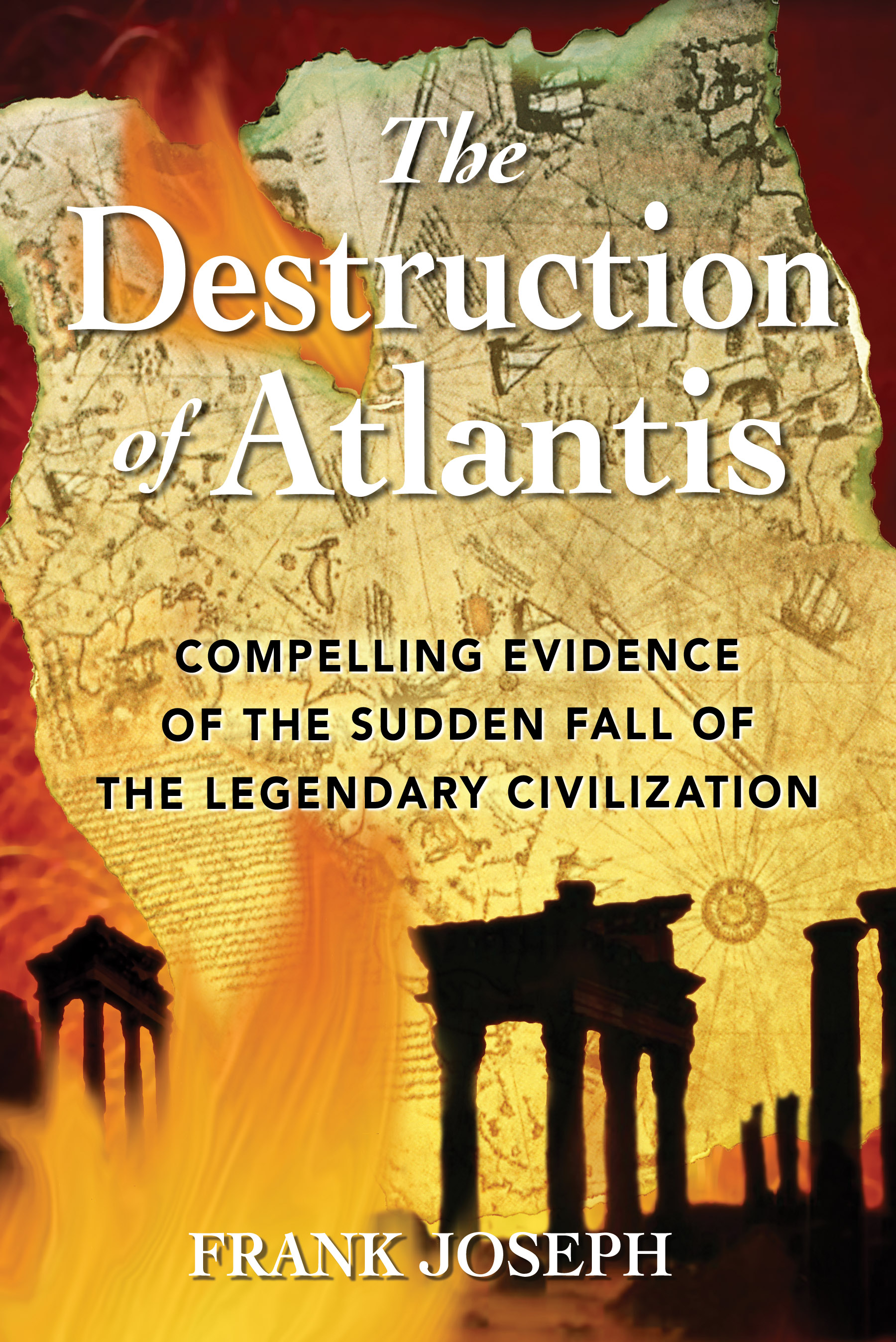 He says that Atlantis is real. There were once actually descendants of mastadons there. It could be in places like Cuba. It was ruled by an emperor. It was mentioned in the Book of Revelation; purple. Comets destroyed it. Many people died. Guaches and Basque are actually descendats of Atlaneans, He says our world has become a new Atlantis. We humans are facing disaster. Atlanteans have been reincarnated as humans in our world. They warn us about our destruction. YOU could be an Atlantean! Maybe I'm one too.

THE main topic I learned from this great book was the REASON LEMMINGS COMMIT SUIDICE when they FALL DOWN IN WATER is that IN THE PAST, THE LEMMINGS MIGRATED TO ATLANTIS! Atlantis was full of wildlife. The lemmings today have knowledge of migrating to Altantis. Other lemmings don't commit suicide.

Some people have theroized that the Norwegian Lemmings migrate every year to the spot where Atlantis sank. They circle frantically looking for the sunken island. Eventually out of exhaustion these mouslike rodents drown. Adding to the Atlantis tragedy.

The Norwegian lemmings do migrate but only ever three to four years. The reasons for this migration are unknown however, most experts feel it is because the lemming population outgrows it's food supply forcing some of the lemmings to migrate. The lemmings migrate over mountains, through rivers and lakes. Some eventually end up at the sea. The then confused lemmings try to swim in the sea, fail and then drown. Some experts even say the lemmings actually try to avoid the water. Many however do not believe these rodents go on a massive death march to the sea.

There are four different species of lemmings. Only the Norwegian lemmings migrate in this way. Are these small creatures searching for the abundant food their ancestors once enjoyed on the lush land of Atlantis ? Or are these poor creatures suffering from a case of mistaken identity, mistaken the ocean for a lake ?

The poor lemmings. This sucks. These beautiful rodents kill themselves to go to a paradise that no longer exists. I'M AN ANIMAL LOVER. SICNE I HAVE SOCIAL ANXIETY AND AM A MISANTHROPE, IT WOULD BE GREAT TO LIVE IN THE WILD WITH NO HUMANS. I LIKE PLEISTOCENE EREWILDING.

I DECLARE THAT WE CREATE A NEW ATLANTIS. It could be an island or continent. We have too puts of wildlife there.
edit on 29-8-2016 by DrumsRfun because: All caps title

Dude I am normally the one who gets pissed if others say that, but in your case:
Go and talk to a doctor.
Spamming ATS with your personal issues is just wrong. 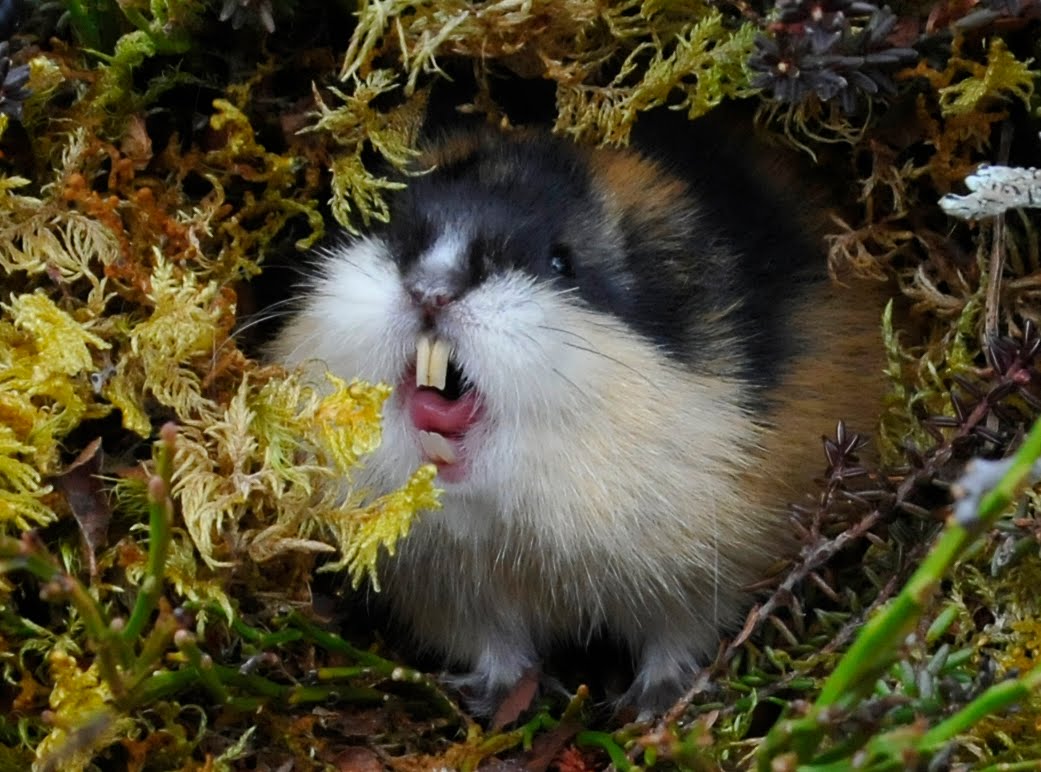 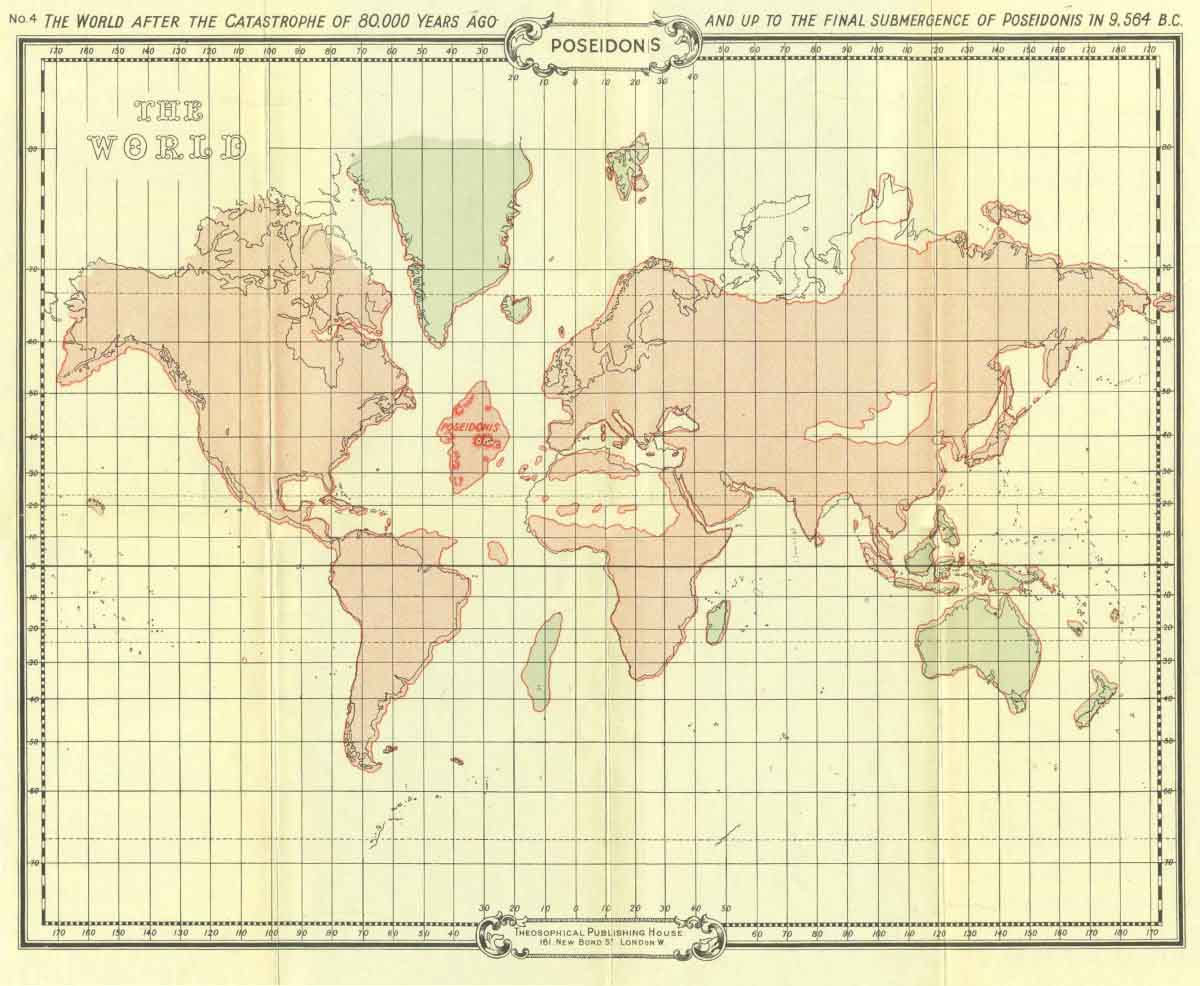 WE ALSO HAVE TO DESTROY THE REPTILIANS AND THE ILLUMINATI 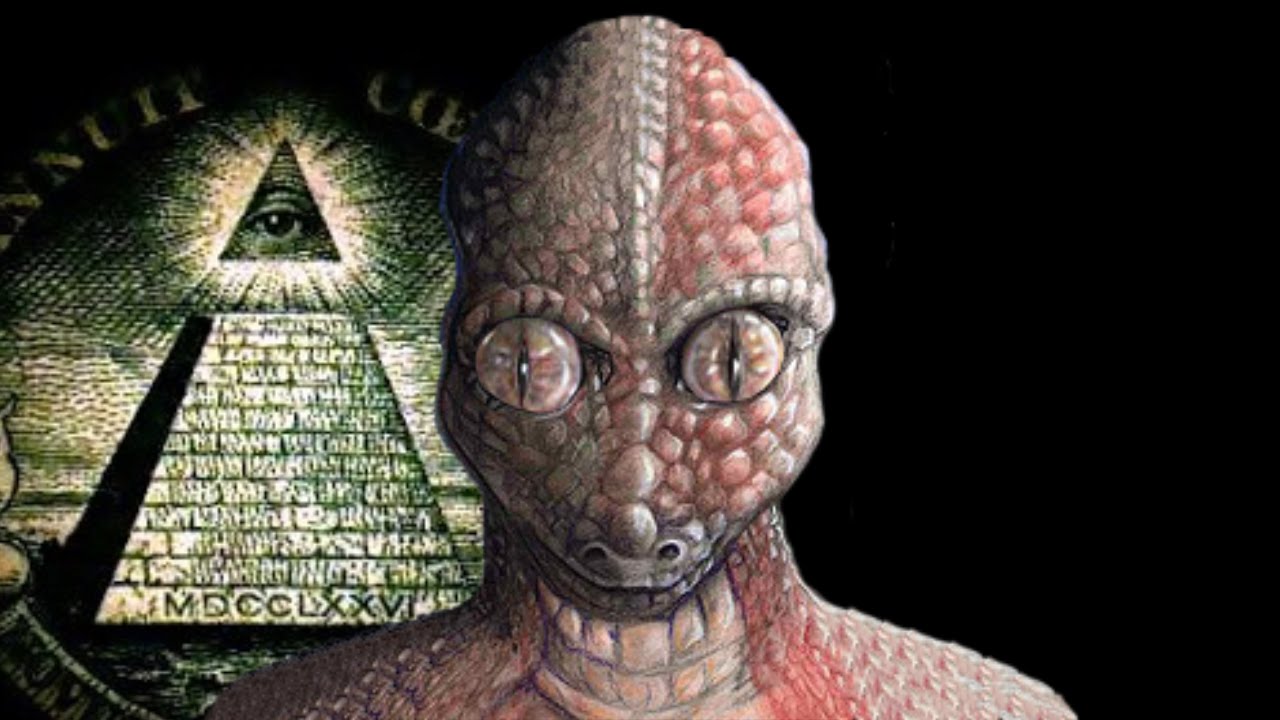 AND BRING TRUE NON-CORPORATE DEMOCRACY. LET'S MAKE THE WORLD MORE LIKE THE UNITED FEDERATION OF PLANETS FROM STAR TREK! 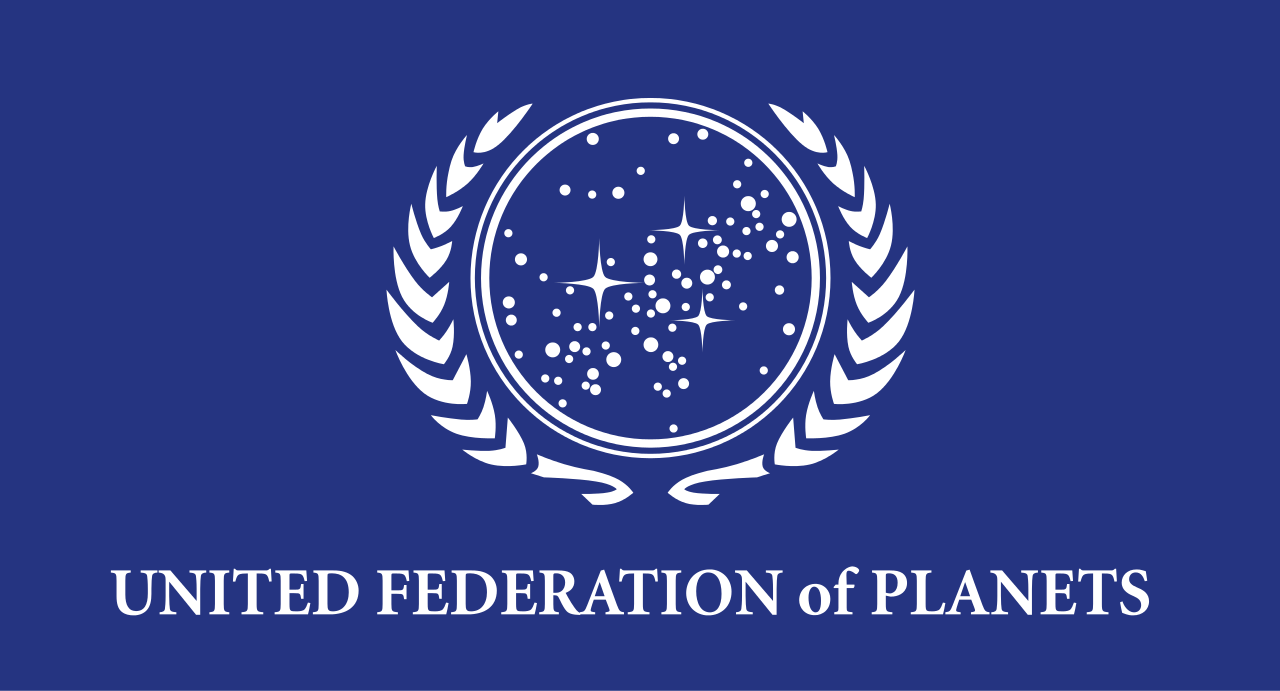 Dude!? Welcome. No need to shout. It would help to read the Terms and Conditions, the how to: post threads, where you can and can't post, upload picts, videos, no caps, banned topics, known hoax sites as sources and links.

Start there in Board and Freshmans Forums...it will help a lot more of us read your writings if you do. Thanks.

Sorry, if I appear eccentric. But it just that there's so much bull# in our world it's hard to separate illusion from truth. But I feel bad for animals. We are currently living in the Sixth Mass Extinction. Many animals are currently facing extinction from human activity like oil drilling and deforestation.

That's something that's just life. If you don't have sthg the dominant species likes or finds useful you get extincted. Don't expect aliens or what have you to be any different.
Get over your Star Trek dreams.

posted on Aug, 29 2016 @ 07:56 AM
link
a reply to: KevinIsZebraman
I've been following your posts for quote some time now and with the time it's getting more and more entertaining. Not meaning that I take you serious, but considering the boring political and massacre threads we get arguing lately, your are some enjoyable read. Wish you luck Zebra, hope you watch the reptiles not to over populate the earth. Just it would be so awesome if you was ninja zebra. Buy nobody's perfect I know.

Spammer, having fun this morning?


they don't, this film by disney in 1958, ended by tipping lemmings off a cliff, the narrator states their migrating, and thats how the myth started.
more here.
when the base of your story is not even based on truth, is anything else?

originally posted by: KevinIsZebraman
Anyways, lately I have been reading a book by Frank Joseph.

Frank Jospeh, the former founder of the National Socialist Party of America (Neo Nazi's) who was then expelled from the American Nazi Party for illicit intercourse with minors and the use of Nazi headquarters in Chicago for purposes of sodomy with children, for which he was convicted and spent seven years in prison
en.wikipedia.org...
Yeah great source, who's up next, the Marquis De Sade ?

posted on Aug, 29 2016 @ 10:32 AM
link
I don't see the reasons for the negative and/or personal attacks against the OP.
except perhaps they are outward expressions of you all's fears, frustrations, confusions.

I took this dude's post for what I consider them to be............entertainment.
Hench, for myself, no worries and
no need to "one up" someone.
Peace.


P.S. I just copied this from the OPs introduction post from a couple weeks ago.........

"I'm a creative writer like Philip K Dick. I WRITE CREATIVE FICTION! I have ideas for stories and I write them down. "

I hope this brings a bit of clarification as to the OPs post.

Hey Zeeb🙋! Whats happening. Wrong forum, i'm not getting the "Punchline" of this joke or prank. Entertaining as usaul.😉🤗🐹🐹🐹

The subject matter may be a little lost on me. But star and flag for a good opening post.
I keep looking at the Linkden you have. It's actually very creatively funny. You seem very well read and use good referencing and analogies...

Now perhaps it's me. But the metaphor is that Lemmings ( don't commit suicide ).. the metaphor is the cycle/circle of life..
Aristotle and Plato used it as a metaphor for their book on Atlantis. And you are right about the Basque and Majorca (Mollorca).

Hey Zeeb! Wrong forum, i'm not getting the "Punchline" of this joke or prank. Entertaining as usaul.😉🤗🐹🐹🐹

I might be mistaken but I think it was moved to this forum by a mod.


Took me a minute ta get it!