Many files and emails were backed up.

The FBI got ahold of quite a few.

Can't hide from the Sun as they say.

A Connecticut-based tech company that backed-up Hillary Clinton’s personal email account turned over a “hardware device” to the FBI Tuesday, the company said in a statement, adding that the FBI now has all of the Clinton emails the company had in its possession.

Colorado-based tech company Platte River Networks — which maintained Clinton’s server from the time she left office until it was turned over to the FBI in August — had partnered with Datto, the Connecticut-based data protection business, to ensure Clinton’s emails were properly backed up. 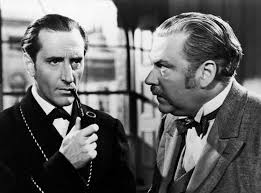 OMG! Yet MORE e-mails? How could someone who was ALWAYS on the computer not know a damn thing about being "discreet"?

Maybe she was discreet and what we're seeing in the e-mails is mild, compared to the deeds that Hillary carried out in face-to-face meetings, and via telephone. NSA probably has SIGINT intercepts that would send Hillary straight to jail.

Are you suggesting a IT on her team acted independently?
Her lawyers had the material in their possession. They ordered an IT to do it...and they were operating under her orders.
Don't obfuscate.


I am not obfuscating. The word lawyer or attorney isn't even in the article. Only in your own words in your OP.

Whoa, so she used a "dust cloth" that had bleach on it?


In all seriousness, she is a pathological liar.

posted on Aug, 26 2016 @ 11:22 AM
link
It is a requirement that immediately after a SoS's term is up ALL of their communications are turned over for archival; they are the property of the people of the United States, not the Secretary of State or their lawyers. Hillary did not do this. Hillary was quite obviously trying to circumvent those requirements by setting up a private server with hidden 'in house' email addresses that she and her aides used, which means they weren't copied onto SD backups, as Hillary implied '95% of them' would be.

It was YEARS later that Hillary was asked, 'oh by the way, where the hell are your emails from the Benghazi era?' and all hell broke loose. The State Department did a 'search' and responded to initial FOIA requests 'can't find any, we're done here, go away.' Entities like Judicial Watch and other researchers pushed and found out, after a lot of inept investigations by Congress that it turned out Hillary was using private servers and private email addresses instead of State.gov software.

In essence, Hillary and her team whether lawyers or IT hirelings, erased emails that were under subpoena* - a direct obstruction of justice and destruction of evidence move.

*I'm unsure if dozens of FOIA requests are 'subpoena equivalent' but they must be close to that...


Really doesn't matter how it looks, Hillary just feigns ignorance and everyone laps it up. She isn't stupid, she's a highly educated lawyer, she's playing us.

I processed claims for medicaid clients and never mishandled a thing. Bottom line, I either performed my job in strict accordance with my training/the law or I would be held liable for both my failure and damages incurred.

I had to pass a piss tested before hiring on at the damn dollar store, gotta make sure that $ stuff isn't mishandled as opposed to...government documents. I bet HIllary's never passed a piss test.

IMO absolutely everything Clinton does is orchestrated by her. There is no doubt, she's in charge, otherwise why would anyone vote for her? She claims to accept responsibility, well she needs to own up. She was investigated/found to be careless, with no ill intent. That would've been enough to fire, fine or criminally charge me, why not Hillary?

What I take from this is high status government jobs allow for irresponsible behavior as a fringe benefit for employees because they're so deserving/entitled and damn special. I'm low woman on the totem pole but I'm held to a much higher standard for a lot less pay/limelight.

As a civil servant, Hillary should be held to the highest standard and I simply don't see that happening. Instead our questions/concerns are minimized/laughed off and we're told to look at what silly Donald is doing.

She has taken greed/power to a whole new crazier/scarier level. People vote according to their own best interest and I'm afraid because so many receive government checks, they'll vote to keep those checks coming. Either way I'm afraid we're in a world of $%it.

She is the "crime boss"...she is untouchable. Since becoming secretary of state, she may be an even bigger "criminal" than Bill. These people are in on an international cabal of money launderers, fraudsters, and corruption-based shams on a world-wide scale, and they dictate whether the rules and laws will apply or not. (It is an international crime ring, and they have operatives in every nook and crevice.)

There is an agenda being accomplished and it is not one that will benefit you or me.

Whatever they hold over the head's of those that would open their nasty book, is very deadly indeed for either themselves or some loved ones. Don't mess with the Clintons...it's dangerous.

The few journalists that would open this book seriously, have met their demise or are in hiding.

posted on Aug, 26 2016 @ 12:21 PM
link
James Comey said there were several devices that had fragments of emails that were decommissioned in various ways and that piecing them back together represented thousands of hours.
What did they spend thousands of hours on if everything was bleached clean?

This is a Gowdy rat man lie. He made it up.


From James Comeys statement July 5th 2016
"I have so far used the singular term, “e-mail server,” in describing the referral that began our investigation. It turns out to have been more complicated than that. Secretary Clinton used several different servers and administrators of those servers during her four years at the State Department, and used numerous mobile devices to view and send e-mail on that personal domain. As new servers and equipment were employed, older servers were taken out of service, stored, and decommissioned in various ways. Piecing all of that back together—to gain as full an understanding as possible of the ways in which personal e-mail was used for government work—has been a painstaking undertaking, requiring thousands of hours of effort"


Yes, in your world, Hillary only deleted personal emails.... even though the FBI Director says that is a lie.

Perfect description of a planned web of tangled obfuscation and deceit and cover-up. It takes $$$$ to do these kinds of government investigations, and the Clintons know it.

When they start screaming about how many millions of taxpayer dollars have been "wasted" (their word) on investigations that go nowhere, their maze of obfuscation is working. They know the more you confuse, meander, add to, eliminate, cover up, etc., the more expensive it becomes to investigate.

They are masters at the art of weaving complicated webs of deceit.

originally posted by: stinkelbaum
so is everyone here unhappy she used a freeware program now?


'She' didn't use any program.
She is a doddering old grandma that thinks a server is 'wiped' with a cloth.

The State Department tonight revealed that Benghazi-related material was found in searches of the approximately 14,900 deleted Hillary Clinton emails recovered by the FBI that were sent to State.

BleachBit's file shredder uses only a single pass[13] because of the lack of evidence that multiple passes, such as the 35-pass Gutmann method, are more effective. However, multiple passes are significantly slower and may give the user a false sense of security by overshadowing other ways privacy may be compromised.

Guess the Hillary people were not as smart as they thought !!!!

Bad source like I said before. Find one not published by the alt-right. That's bull.

See stuff like this... you know she was joking but you still make that comment. Its. Cheap.

So why would I offer any info to you. You have everything you need.
Have a nice day.

Bad source like I said before. Find one not published by the alt-right. That's bull.

The info is from the State Department.

You know. The government agency itself.

So why would I offer any info to you. You have everything you need.
Have a nice day.


Why thank you, Mz. Silly. That's very kind of you since I didn't ask you for any offering. We are both happy. You, too, have a nice day.