If you don't do that after hearing any politician speak, meet the kettle.. in fact just slam you're head against the kettle.


I do not think he is any better or any worse for that matter, i think he is one of them that should not be trusted...in my mind he is just as f#ed as any politician, ok maybe slightly better because he is not an MP

posted on Aug, 26 2016 @ 03:37 AM
link
She's calling attention to the fact that the stories there and at Breitbart are fringe conspiracy theories and that that is where Trump is getting his information and ideas for what America wants.
She's saying that Trump is entertaining fringe ideas some of which are bordering on racists ideas or white supremacy type stories and alt-right guests.

originally posted by: rockintitz
I don't like AJ but some of his stuff is accurate.

It is? Care to list where what Jones rants is accurate?

Yeah well we don't need it polluting the republican party and it's standard bearer. Do you honestly think these ideas and paradigms are the norm for the party? No. It's a danger that a president would pull these ideas into the mainstream. Trump is dangerous and entertains crazy ideas as normal.
And I'm not a republican and I shouldn't care if he drags the party into the gutter.
edit on 8262016 by Sillyolme because: (no reason given)

She doesn't give a crap about Jones. She is calling out Trump for using the alt-right through him and Breitbart and is entertaining extreme conservative right ideas like banning religions or squelching women's rights

Are you implying everything that he says is completely false?

Burden of proof is on you, bro.

posted on Aug, 26 2016 @ 04:01 AM
link
I admit he comes off way too strong/like a nut, but to say he hasn't ever shown any profe isn't necessarily accurate. One example is that he has always talked a lot about the secretive Bilderberg meetings in regards to no one being allowed inside except those invited...and he has documented video of high security and secretiveness of the meetings. a reply to: projectvxn

originally posted by: Sillyolme
She's calling attention to the fact that the stories there and at Breitbart are fringe conspiracy theories and that that is where Trump is getting his information and ideas for what America wants.
She's saying that Trump is entertaining fringe ideas some of which are bordering on racists ideas or white supremacy type stories and alt-right guests.


She could end all of this speculation by holding an open press conference and putting those ideas to rest through honesty and transparency.

posted on Aug, 26 2016 @ 04:40 AM
link
Conspiracy theory is no longer theory. Wear you tinfoil hat with pride fellow ATS members!

Not to mention, tonight Jimmy Kimmel featured Alex and Infowars in his routine, showing the video of Alex "debunking" the fake pickle jar opening by Hillary. Even I had to laugh at that one. No, Alex Jones is not the one you want to be associated with Donald Trump, as much as I enjoy watching Alex and Infowars. Alex is fun but he is bat-# conspiracy All The Way.

Yea but you gotta be pretty dumb to vote for Hillary based on the current facts that have been uncovered. So I wouldn't put it past them to take it as gospel.

originally posted by: hopenotfeariswhatweneed
The guy comes across as a loony tune, most people that are introduced to AJ after hearing him rant for 10 mins walk away and think what a moron.......its a great way to remove even more credibility from the "truth" movement.....AJ is about the worst person in the world to use if you are looking to recruit like minded thinkers or at least a person with a shred of sanity


...and that is precisely what he is there for. To detract from what's really going on. Like I say, when the man with the bullhorn says "Look there..look over there!!!", look instead to see what he doesn't want you to see. 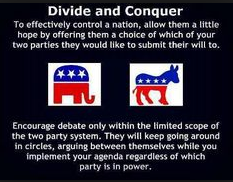 posted on Aug, 26 2016 @ 07:12 AM
link
Could very well back fire?, you send a load of people to check out this Alex Jones fella? only for them to get sucked into story after story and since there is enough information that seems legit you get people possibly believing it and looking into stuff in more detail from other sources be it correct or otherwise.. That longer term will put people off Hillary..

Someone that I am surprised has not been mentioned is Paul Joseph Watson, granted he is on the Prison Planet pay roll but he seems to come across with logic to back up his argument and he has been brutal against Hillary of late and is about as pro Trump as you can get just like the whole AJ show. I think he is a real threat as if the average Joe finds his content and if you look on the AJ site you will no doubt find it he normally has a very good argument..

the war has begun! the world is going to end! every man for himself!


don't forget to buy my survival packs that come with everything you need to survive!

Yes. Hillary is telling America what kind of nut cases are advising Trump. It is a good move. When you shine the light, the roaches scurry away.

How is Alex Jones not as credible a source as the MSM?!!

I hope people watch him and it bites her in the ass.

Here's what it means to me: 1. The elite know about the same stuff we know. That shouldn't be surprising because they're perpetrating it. But, they know about our views of it, too. 2. The truth movement (for lack of a better term) is completely mainstream now. 3. Alternative media must be considered to be a major threat all the way to the top of the establishment.

Granted all of that is possibly the case.

But honestly, here's the real deal, and I've mentioned it before........Hilary doing this stuff, is to me at least, just plain weird. Think back to previous elections and the way the campaigns were conducted. In NORMAL campaigns, the candidate for the office of POTUS would prattle on endlessly about their vision for the economy, they talk about their foreign policy views and all their experience in such matters. They address issues like immigration and social services policies and how they'll improve the social safety net.

Here we are less than 90 days from the election and Hillary is ranting on about Alex Jones? She reminds me of a spastic with a paint ball gun, shooting off in all directions. Where's the "direction" of her campaign? How can she be so unfocused?