During a campaign speech in Reno, Nevada, Hillary attacked Trump as usual, but then turned her attention to Jones:

[Trump] suggested that Ted Cruz’s father was involved in the Kennedy assassination. Perhaps in Trump’s mind, because he was a Cuban immigrant, he must have had something to do with it. Of course there’s absolutely no evidence of that.

Just recently, Trump claimed President Obama founded ISIS. And then he repeated that nonsense over and over.

His latest paranoid fever dream is about my health. All I can say is, Donald, dream on.

This is what happens when you treat the National Enquirer like Gospel.

It’s what happens when you listen to the radio host Alex Jones, who claims that 9/11 and the Oklahoma City bombings were inside jobs. He said the victims of the Sandy Hook massacre were child actors and no one was actually killed there.

Trump didn’t challenge those lies. He went on Jones’ show and said: “Your reputation is amazing. I will not let you down.”


Hillary Clinton attacking Alex Jones by name is a big deal in my opinion. What do you think it means in the big picture?

Here's what it means to me:

1. The elite know about the same stuff we know. That shouldn't be surprising because they're perpetrating it. But, they know about our views of it, too.

2. The truth movement (for lack of a better term) is completely mainstream now.

3. Alternative media must be considered to be a major threat all the way to the top of the establishment.
edit on 26-8-2016 by Profusion because: (no reason given)

originally posted by: Profusion
Hillary Clinton mentioning Alex Jones by name is a big deal in my opinion. What do you think it means in the big picture?

imo Hillary mentioned him and the others by name to introduce them to the people Mr. Trump wishes to bring to his side. Trumps only chance is to bring in new voters...Hillary is spoiling that chance by introducing mainstream America to these people linked to Trump. It's brilliant.

Well for one, she just directed a bunch of people to look at Alex Jones. Many that have probably never heard of him.

I don't like AJ but some of his stuff is accurate. Does she really want to be drawing attention to that?

originally posted by: rockintitz
a reply to: Profusion

Well for one, she just directed a bunch of people to look at Alex Jones. Many that have probably never heard of him.

He is literally everywhere on YouTube though. At least he is in my recommended videos.

I have an idea for an interesting experiment:

1. Start with a fresh IP address (such as at an Internet bar).

3. See how long it takes for an Alex Jones video to come up.

I don't think you can browse news stories on YouTube for very long without running into multiple Alex Jones videos. I think he's far better known than most realize.
edit on 26-8-2016 by Profusion because: (no reason given)

I can't stand Alex Jones. No one should take that guy seriously at all.

But if she wants to get all the CT people against her that would be a good place to attack. Fact is Clinton is establishment through and through. So much so that she can literally get away with murder. You don't have to be a CT to see that. She just got Trump more votes with that stunt.

IMO it means she is getting desperate and in serious damage control and is probably well aware of the crap storm approaching her.

It translates, don`t listen to any other source only listen to me.

I'm not saying he's completely unknown. But has his name has ever been mentioned by a presidential candidate?

Something like that gathers a far more widespread audience than a normal pundit or youtuber.

You're forgetting how many voters there are that don't even know how to use youtube.


I don't like AJ but some of his stuff is accurate. Does she really want to be drawing attention to that?

The guy comes across as a loony tune, most people that are introduced to AJ after hearing him rant for 10 mins walk away and think what a moron.......its a great way to remove even more credibility from the "truth" movement.....AJ is about the worst person in the world to use if you are looking to recruit like minded thinkers or at least a person with a shred of sanity

posted on Aug, 26 2016 @ 02:31 AM
link
I doubt very seriously mainstream America will have a positive view of the guy...which will ultimately transfer to Mr. Trump.

Of course he is. I could give you a thousand reasons why.

But he does question the narrative, and that is exactly what hillary doesn't want.

She needs her loyal subjects lined up. So why even mention him?

I guess the Clinton comments are to embarrass the undecided away from voting Trump. Sort of like guilt by association i.e. Trump supports AJ who believes crazy sh*t so you'd support it by voting Trump.

It's an extra layer of ridicule against Trump and a round-the-houses dig at a section of Trump voters too; specifically the alt-Right. It's all about peer-pressure too.

Alternative news has been leaking into the mainstream and the 2016 election has put it into overdrive. This, I think, is an indication that the establishment knows more people are starting to pay attention to the alternatives than what is considered the "mainstream".

CNN is down to less than 750k average viewers and a large portion are 24/7 viewers, meaning they are on in waiting rooms and airports etc. In order to relate with the public, the establishment is starting to pick through these alternative sources to get their point across. This is bigger than people might think.

CNN AUDIENCE DROPS UNDER 750K. People are turning off the lies in increasing numbers for the third straight week.


She needs her loyal subjects lined up. So why even mention him?

Because she's a hysterical lying sack of crap and she's desperate to find a boogieman that's worse than she is. Alex is a lot of things but what Hillary said about him and Donald Trump is just a sign of weakness.

My subtlety may be lacking tonight. 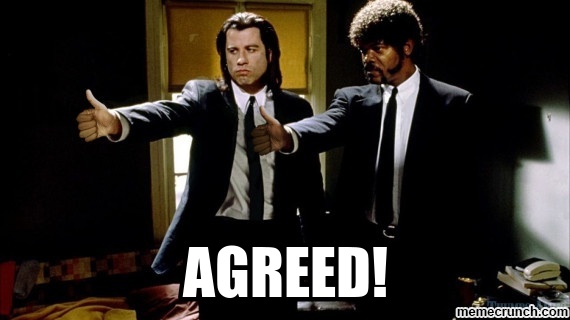 I don't usually post PJW vids, but he seems to sum up succinctly "what it means".

If you don't do that after hearing any politician speak, meet the kettle.. in fact just slam your head against the kettle.

That was a good chuckle first thing in the morning...

Ill admit I listen to Alex jones maybe 2 or 3 times in a week, the guy is an entertainer first (See Rush) who occasionally hits a home run with his news stories.

Some of his guests are interesting speakers, with some intriguing ideas.

But like PJW said... dont feed the trolls... now she stepped in it.