posted on Aug, 26 2016 @ 01:23 AM
link
Pantera's song "Rise" called for mass unification of "every creed and every kind", in solidarity against HATE. This has always been my general stance the past decade+ as "IIB". The reality where we're ALL getting screwed by "TPTB" together, where US being divided by HATE keeps Them in power against US, and we all need to Rise together to usher in the 'Nu Renaissance'. This has always been a major idea that has driven me.

Now in 2016, I take a good look, and we have this sort of effect in play, like it's right out the Pantera song, except instead of everyone being united together against "TPTB" (New World Order, Patriarchy, etc whatever it is that YOU prefer to call it/Them) and HATE, directly, instead the concept has been co-opted where its being used as a HATE vehicle against whites.... Even by whites!

Whatever. Here are the prophets on this in any case:

Now in passing one might take the sort of notion they are pushing as an argument for the overall "SJW" notion, but listen closely they are not (espcially when you add in the wicked hypocrisy the PC represent).

We've got no time to lose
Your news is old news
Hate this, hate me, hate this
Right approach for the wrong
It's time to spread the word
Let the voice be heard
All of us, one of us, all of us
Dominate and take the mother#ing world

Mass prediction, unification
Breathing life into our lungs
EVERY creed and EVERY kind
To give us depth for strength

Taught when we're young to hate one another
It's time to have a new reign of power
Make pride universal so no one gives in
Turn our backs on those who oppose
Then when confronted we ask them the question
What's wrong with their mind?
What's wrong with your mind?

[Chorus]
It's time to RISE

We've lived with past mistakes
And we've lived with our own
Forgive, forget forgive
Be a man, not a child
There are to tears for peace
Of the common sympathies
Educate, reinstate, educate
A thing of past
The trouble in the states

It's time to rise

That's what I chose to grow up on.

It's as if they took the jist of that and perverted it beyond belief (while maintaining the same status quo, making it even worse actually).

And that overall thing is a big part of my "beef" (as SJW's here have called it) with them.
edit on 26-8-2016 by IgnoranceIsntBlisss because: (no reason given)

As an inner city kid, I can relate. Very much an us vs them vibe. It's my belief that we were intentionally derailed. I think it started with the onset of the internet to be honest. Chat rooms and forums that allowed like minded individuals to come together could soon become echo chambers. Compound that over time and you can see the pie being sliced up in all sorts of different ways.

Was it by design?

In many ways all the messages being preached from that era still ring clear as a bell today. Megadeth (Countdown to Extinction), Metallica (...And Justice for All).

Remember when Rage Against the Machine was cutting edge? Harharhar. 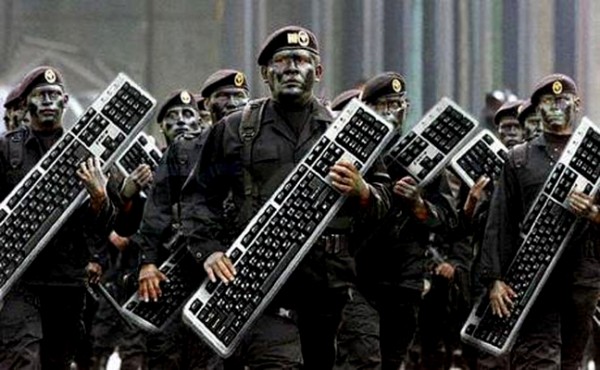 I remember a time when i could play SOD so loud... it hurt precious Snowflakes today.

My have the times changed..🙈🙉🙊

I have no idea what he's saying, just barely even know about them. But love the actual music. For my, my weirdness, not understanding him is part of the appeal.
edit on 26-8-2016 by IgnoranceIsntBlisss because: (no reason given)

You sir! Are correct! Anthrax and all...👍

No no no but A+ for Megadeth reference.

The trend is DEAD. It's for sale at your local dollar store!

Cleaned up my language since then too.
edit on 26-8-2016 by Bigburgh because: (no reason given)

I loved it. It was the turning point from mindless retardville MTV/radio "music" (songs).

This song, from that album, came true, for Amerika:


It 'funny', there's hardly a song I could start running the lyrics on, from listening to it as a child.

"Foreclosure Of A Dream"

Rise so high, yet so far to fall
A plan of dignity and balance for all
Political breakthrough, euphoria's high
More borrowed money, more borrowed time
Backed in a corner, caught up in the race
Means to an end, ended in disgrace
Perspective is lost in the spirit of the chase

Barren land that once filled a need
Are worthless now, dead without a deed
Slipping away from an iron grip
Nature's scales are forced to tip
The heartland dies, loss of all pride
To leave ain't believing, so try and be tried
Insufficient funds, insanity and suicide

Now with new hope, some will be proud
This is no hoax, no one pushed out
Receive a reprieve and be a pioneer
Break new ground of a new frontier
New ideas will surely get by
No deed, or dividend. Some may ask "Why?"
You'll find the solution, the answers in the sky

Rise so high, yet so far to fall
A plan of dignity and balance for all
Political breakthrough, euphoria's high
More borrowed money, more borrowed time

Come True Prophecy!
edit on 26-8-2016 by IgnoranceIsntBlisss because: (no reason given)

And i give another star! Nice job🤗


listening to old Metallica,Megadeth and pantera bring back memories.

its funny that dave "singer from megadeth" used to be in Metallica because he lacks the ability to sing but damn can he put together every other aspect of the song and metallica has lost the ability to put together quality songs = translation james "lead singer from meticallica" should drop metallica and join megadeth and let dave write his lyrics "think load, reload,saint anger ect. drummer for megadeth is better, better solo guitar and rhythm

Dave should not sing anymore but hes one hell of a good song writer and guitarist.
That is just my idea of a powerhouse trash metal band.

Sweet, the new album is "Dystopia". 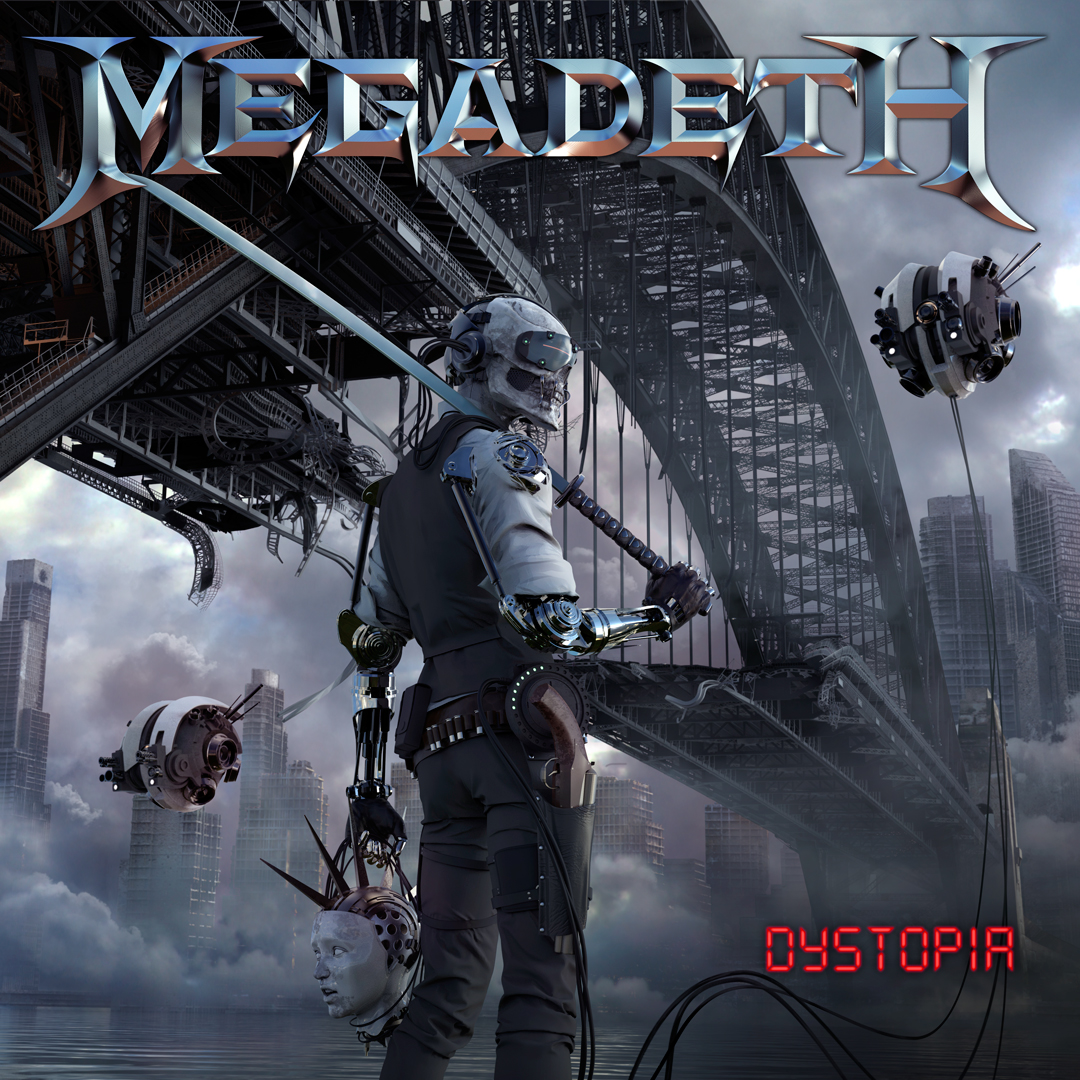 Hadn't heard of it, although I did note the "Endgame" album, which at the time I was saying he threw away, he SACRIFICED, his radio career doing that. Same can be said of many other artists. 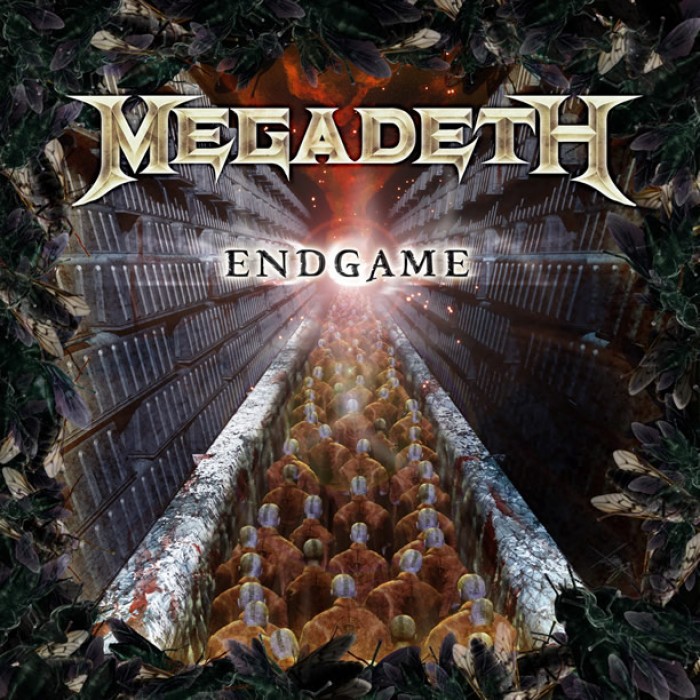