posted on Aug, 25 2016 @ 12:14 AM
link
What's really interesting about this is how early it was in the age of manned flight, and it's talking about a 'treatise' which was actually a pocket book, first sold in Germany, but translated to English for further distribution. The book started out in 1895, before flight had been achieved, and sounds like a repository of the leading ideas & designs at the time, the basics of known principles & history of what had been achieved up until then. It also included tables & formulas, plus a list of the societies at the time. 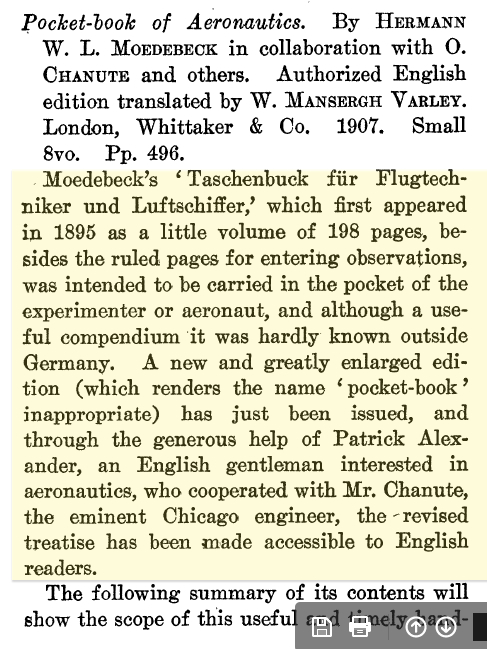 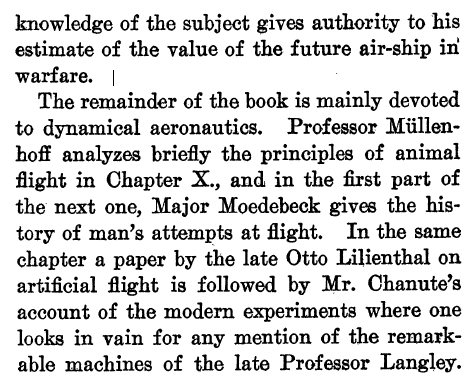 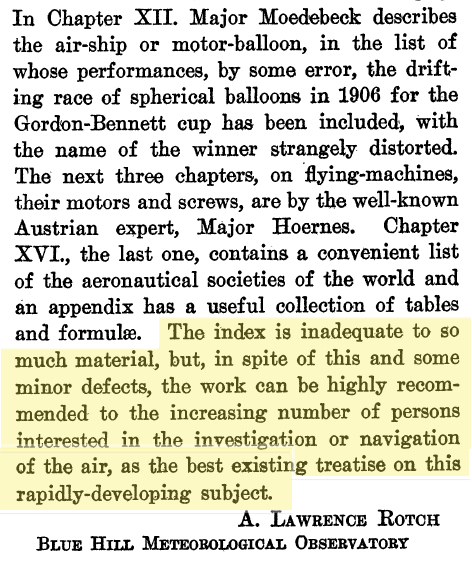 To me it seems like a certain bit of humanity has been lost over the years. I suppose we have the same thing with mailing lists and groups, forums & speciality sites, but it's actually a little disconcerting when I look back at how critical I or others have been on people who are working on new technologies. There's a notion that if something has first been predicted, confirmed & approved by the establishment, it's pseudoscience.

Yet, back in the late 1800s, and early 1900s, you can find members of esteem, scientists critical on powered flight, as much as providing a 'debunking' themselves. Though it seems today that mentality is far more popular.

From the 60s, where establishment thinking and bureaucracy along with accepted and affirmed behaviours & system, had all moved long ahead of where it'd been half a century earlier, I found another article with a brilliant quote in it: 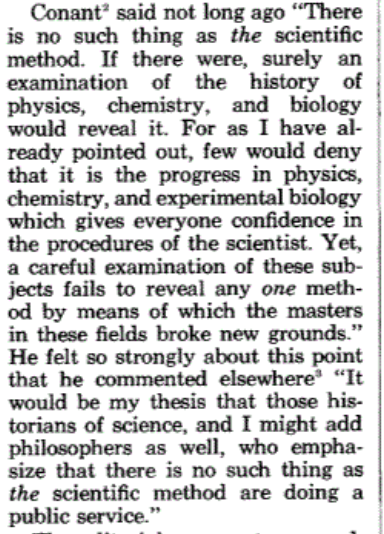 They go on to say that science is an art-form, not a simple method. For some, especially chemists (as they are basically not much different from culinary artists if they are practical) or engineers-mechanical or otherwise, or probably of various disciplines, this might resonate for them. It's a nice step out of the mundane, boring we might see the world of corporate work or study today.

There was a time of great invention, and thinking outside the box was far more valuable than inside.
edit on 25-8-2016 by boncho because: (no reason given)

Wow, as a graphic design student I always wanted to tell people everything is art, now I am as a designer and night time teacher.

Funny how I always felt this way towards science but never came across this. Maybe it was my art philosophy classes.

I think the feeling you have is called nostalgia.

posted on Aug, 25 2016 @ 08:11 AM
link
the council of despair, that there is no such thing as the scientific method, is incorrect. The Handbook shows clearly that there is a method. Does it fly? Observers can verify, whether or not they have read and believed the handbook. Change the technology. Observe. is it flying better faster farther? if no, mod the tech. The fundamental paradigm of science is hypothesis tech application observation then modification of the hypothesis.
the method, for example, does not go to the Torah, the Koran, the Talmud and see if it flys.

Speaking of thinking outside the box...

His idea was radio controlled ships not the flying bombers we have now but same difference. Seems that there is a group that want to put the Lockheed nuclear fusion reactors in full automated ships...

So yeah, lots of forward thinking going on during that time period! I think quantum mechanics was also being sorted out around then too.


the council of despair, that there is no such thing as the scientific method, is incorrect.

The scientific method is great for confirming or denying, essentially, legwork. Objective analysis. Science is more than simply confirming something someone else created or devised. Just as many inventions or discoveries are accidents.

I think that's the point.

Observers can mark down everything in the book, use the charts & tables, read the histories, etc. The plane was not invented until 1900s, and they had been working at it for a good number of years. In fact, long enough for politicians to recommend all funding ceased because many deemed it impossible. That was the moral of the story.

No one mentioned religion by the way. Except you.

And even the pocket book on flight is a nostalgic memory of yesteryear, since getting into something today might cost you $10,000 in published papers, or multiple journal access memberships.