Is "Pay to Stay" the Clinton way?

posted on Aug, 23 2016 @ 03:02 PM
link
First, let this sink in...the pay for play is real. The MSM is covering it to the point of saying there are some issues but then it is look at what Hillary did last night on a talk show opening a jar of pickles....WOW great deflection. That state run media is really keeping score. Like Obama and his Special Olympics joke

WASHINGTON (AP) -- More than half the people outside the government who met with Hillary Clinton while she was secretary of state gave money - either personally or through companies or groups - to the Clinton Foundation. It's an extraordinary proportion indicating her possible ethics challenges if elected president. At least 85 of 154 people from private interests who met or had phone conversations scheduled with Clinton while she led the State Department donated to her family charity or pledged commitments to its international programs, according to a review of State Department calendars released so far to The Associated Press. Combined, the 85 donors contributed as much as $156 million. At least 40 donated more than $100,000 each, and 20 gave more than $1 million.

This of course is not including US federal Employees or Reps of Foreign Government. For that, read this...


The 154 did not include U.S. federal employees or foreign government representatives. Clinton met with representatives of at least 16 foreign governments that donated as much as $170 million to the Clinton charity, but they were not included in AP's calculations because such meetings would presumably have been part of her diplomatic duties. Last week, the Clinton Foundation moved to head off ethics concerns about future donations by announcing changes planned if Clinton is elected.

The Plan? For Bill to step down from the foundation's board and do this...

The foundation would also accept donations only from U.S. citizens and what it described as independent philanthropies, while no longer taking gifts from foreign groups, U.S. companies or corporate charities. Clinton said the foundation would no longer hold annual meetings of its international aid program, the Clinton Global Initiative, and it would spin off its foreign-based programs to other charities.

So, break it up and make it bigger and all of those foreign donors now have their own little global offices. It is almost as if those who pay will stay and those who do not, well, ask Qaddaffi about that one.

The bigger problem is her cabinet is for sale. We have already seen the appointment of non-combat civilians as the heads of the Military, DHS and other major cabinet posts during the Obama administration. Friend appointments. Those who pay will stay and those who do not, well, I think a lot of people know what happens. SCOTUS is only one part of what she can create and who is paying for that access.

Couldnt agree more. Might add more fuel to your fire, but I'd just be repeating from other material.

This administration has no credibility, and a Hillary admin wont just be Obama 2.0, no no, you will see the bar rsised to a level never dreamed of...

Funny thing is, I suspect at some point the Clinton's may soon be the "fall guys"

It will be very enlightening to look back 1 month in time come the new year.

God forbid they did anything that would benefit the majority of Citizens.

Well that's technically not true, if we all as one got together and started donating, we the people might be able to afford her fees too.

Hillary is a political mercenary she has a price tag, can we meet it?

Edit to clarify: This was not an endorsement to try, donating to the Clinton foundation is a waste of money, we are far better off just not electing the bitch than we are in a bidding war with the likes of George Soros.
edit on 8/23/2016 by Puppylove because: Someone might have actually taken my suggestion seriously
edit on 8/23/2016 by Puppylove because: (no reason given)

Trump was not my choice of candidate but he is uniquely suited to combat Hillary's treachery....

Secretary Clinton will need all her tricks to escape his brazen, combative nature...coughing fits, bathroom breaks, strokes....then whole nine...
Career politicians are not predisposed to behave as Trump does in debates...they treat debates more as a game and will not go for the jugular by hammering on a single point which his opponents dance around as Trump did and will do again...for better or worse...she will be called to the carpet for her villainy...

Trump evicerated my entire party's elite through force of will and an unequalled work ethic.

I have come to appreciate this work ethic and his message of restoring America to its rightful place atop the social Darwinian ladder....where we belong...

Trump is coming Secretary Clinton and I'm getting my popcorn ready for the show...
At long last you will be called to task for your treachery which the liberal elitist media have ignored for over 2 decades... 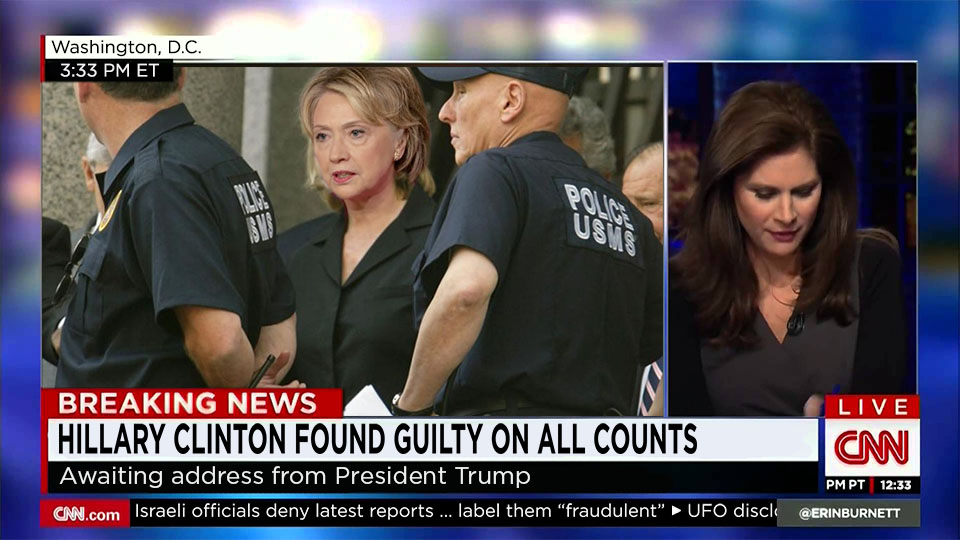 I wish I could say the UFO Disclosure was the least believable part of all that.

Damn, looking at that made me feel so excited, i wanted to apologize to my wife

One thing for sure, they are having a "fire sale" at the
Foundation right now. All of those foreign countries
just worried to death they might not have an opportunity
to get a favor from a President...send your money now!!!

One thing for sure, they are having a "fire sale" at the
Foundation right now. All of those foreign countries
just worried to death they might not have an opportunity
to get a favor from a President...send your money now!!!

It's too bad...I know the north Texas economy is waiting with baited breath to hear whether or not we can do business with the Islamo fascist Bahrain...

They have so much to teach us lowly Texans...supposedly there is this magic dude from the 7th century who married a 6 year old and consummated said marriage when she was 8...he was 59...
Also, there's a magic dude in the sky who spoke through this magic pedophile, I mean prophet, on earth so there's all the wisdom a sociopathic pedophilic warlord who hears voices from the clouds can offer America...

I mean, sure, we walked on the moon and split the atom but are we magic pedophiles???
Nope...

Anyhow, all my neighbors and I can't wait to get wisdom from such the intellectual tour de force of Bahrain....

Thanks Clinton foundation...and Thanks Bahrain for the intellectual capital you have offered the world...

Man, what a glorious day that would be

lol, isn't she the "most traveled" SoS in history?

Handing out "menus" in person.

She was running a sort of fantasy camp for wannabes.

Well that's technically not true, if we all as one got together and started donating, we the people might be able to afford her fees too.

Even then she would do a 180 spin. Politicians know they can make as many promises as they want and then ignore them or go in the complete opposite direction and STILL get another term.

Donaters like George Soros however would probably put her in prison himself if she did'nt do what he had paid her for.

Ok yeah probably right, you got me there.