Best UFO photographs of all time from Earth in chronological order

83 of the very best UFO´s captured in photographs from the year 1920 and to today
I am interesting in hearing what explanations the skeptics would have.
Remember only one of these pictures have to be real to change the way we look at the world.
And there are ALOT of strange things in these old photographs.. a time BEFORE Photoshop 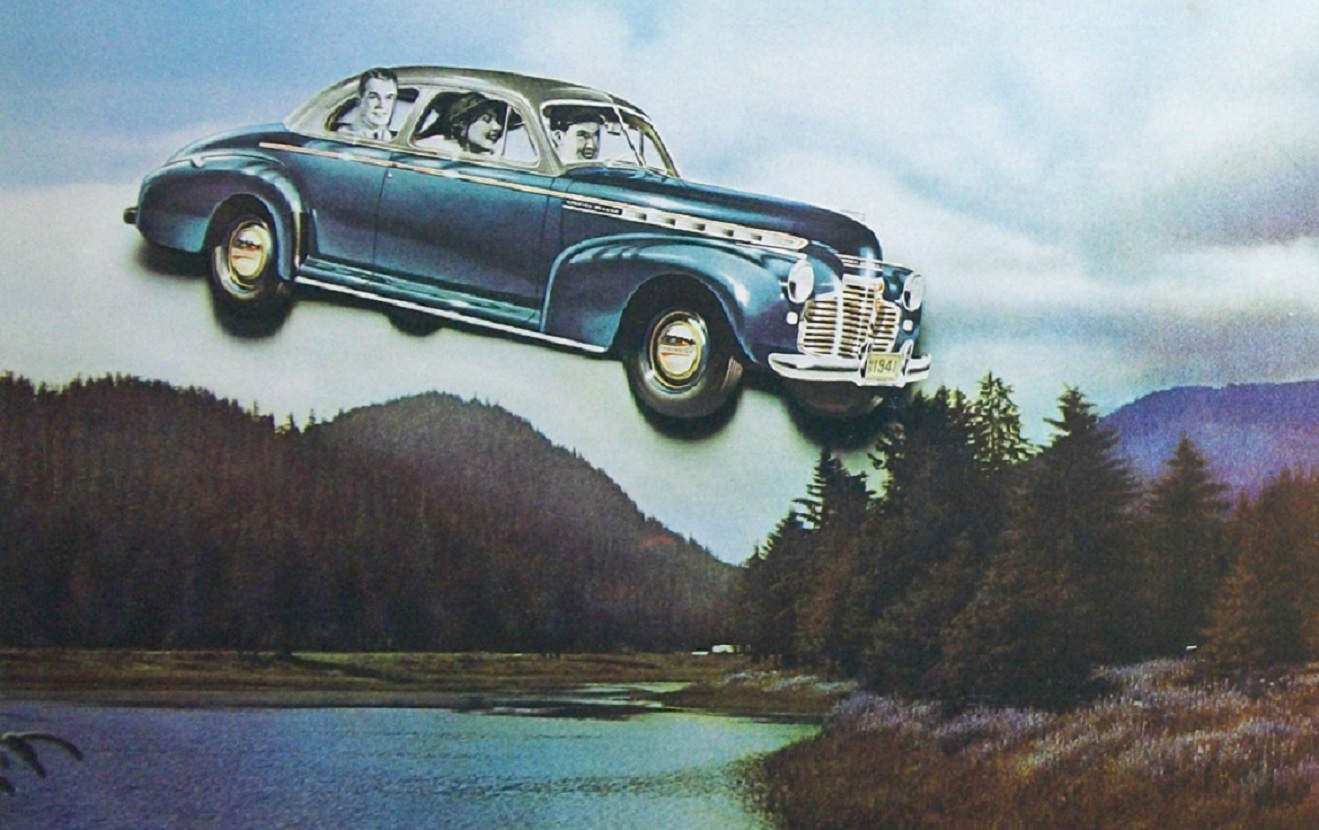 Sorry, Spacespider, but I stoped watching after the fourth image, all of which had easy possibilities as to what they could be.

I get what you're trying to do with the notion that IF only one is correct, but we must have more serious videos thrown our way if we are to be convinced beyond reasonable doubt.

Cool video, there are plenty of pics I have not seen. The pics from the late 1800s and early 1900's are interesting. Also the cigar shaped pic ois very clear! Thanks for sharing!


If it's the one's I'm thinking of, they were reflections of the city lights below.

If I recall correctly (and I'm not even looking at the image), those were reflections of street lights on a glass or other clear surface. Either than, or they were causing a lens flare in the camera.

ETA: Here is a discussion on the video from the UFO that I think that you're referencing:


Also, you'll notice that in the video (that I'm quite certain is fake), there is a glowing light around the objects that does not appear in the original black-and-white image from 1952, lending credence to the case that the video is a creation from the original still image.
edit on 23-8-2016 by SlapMonkey because: (no reason given)

well this wiki page has got all sorts of witnesses from people in government, air traffic controllers etc....
en.wikipedia.org...
edit on 23-8-2016 by Davg80 because: (no reason given)

None of the radar return images, pics or video of the '1952 Washington UFO Flap' appear in the public record.

Theres a good reason for that, it was real. "They' buzzed the nations capital, showing what further open displays could do to rock the political power structure and organized religion apple carts, if the US government didn't straightaway return their craft and crew captured at Roswell.

I mean, it can't be, therefore it isn't.

Not only that, but if there could be, by any stretch of logic, ANY other possible explanation, then that's what it is.

Plus there's no such thing as aliens.

Sincerely though, cool pics. Quite a few clear ones.

Well, it's possible that I'm thinking of a different incident in DC, then, but when I do a search and in like that video that I posted, that's the image that I remember, and I have seen multiple sources that have debunked the image.

Now, maybe that's not an actual image of the event--who knows. That's why I specified "IF' it was the incident that I was remembering.

Regardless, I'd like the story to be true, so here's to hoping...

well this wiki page has got all sorts of witnesses from people in government, air traffic controllers etc....
en.wikipedia.org...


What, the explanation that it's misidentified aerial phenomena and that the radar blips were temperature inversions doesn't do it for ya?

Me either, but all I'm saying is that if that image is THE image from the event, it's easily debunked, whether or not other aspects of the story are true.

We thoroughly investigated the Washington DC UFO flap of July 1952 in a couple of threads.

Revisiting the 1952 Washington DC UFO Flap for the story of the events as they happened.

There were actually very few first hand witnesses to this event (maybe two dozen mainly military) and no film or photographs of any "UFOs" are known to exist. There were odd radar returns that people can debate. But the incident itself is more famous for the publicity it gained than an hard evidence.

This particular photo has been used many times (sometimes cropped and turned to black and white) to illustrate the DC UFO flap. But merely show lens flare from the street lighting below. Oh and the picture wasn't taken until at least 1965. 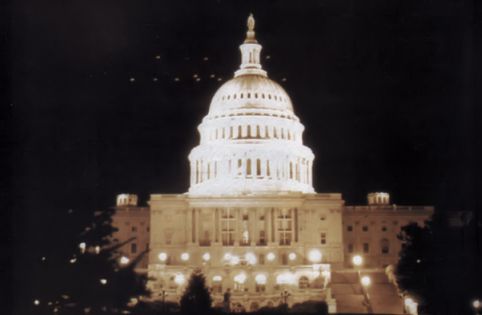 However the case is still a very important part of UFO History and interesting study no matter what you believe.

posted on Aug, 23 2016 @ 02:24 PM
link
Some pretty good memory joggers of ufo's in there, then there are quite a few I had not ever seen or heard of before. Interesting find.

i must admit i haven't looked to deeply into this at all, but i have actually seen it loads, it does come up a lot. But if what you say is true and the only witnesses are military personnel that is indeed a story in itself. i did notice there in the pic that the lights shining against the WH could easily be creating the lens flare in the pic, the formation is very similar. But why would they be trying to make us believe this in 1952, Roswell was 1947. It would seem to me that this Hoax was created by the military now. Makes me think of Reagans speech in the 80s about Uniting to defeat a common (alien) enemy. Its made me think about how many of these conspiracy's are started and implemented by governments.......hmmmm

I don't want this thread to become all about the DC 1952 sightings by the way. However to get things in context by 1952 the saucer flaps of 1947 had quietened down. (Roswell was not really considered anything important back then by the way). But 1952 was a peak year in UFO activity and a record year for 'unknowns' recorded by Project Bluebook (mainly because of few Bluebook staff compared to reports -they simply didn't have the manpower to investigate).

Then bang! DC was in panic as radar alerts were triggered over two July weekends in 1952.

The main witnesses were :

There's possibly a few others. But this was late night/early morning in 1952. Most civilians were not out and about with cameras and were probably at home in bed.

The reports soon hit the press and a sort of mass hysteria followed. Many people believed that ET was coming. However the AIr Force explained that it was all 'temperature inversions'. With the primitive radar of the day then this can't be ruled out. It was also a time when the Southern Delta Aquarid meteor shower would have been visible in the Washington skies.

However 1952 marks the start of a cover-up of sorts. I'm not saying anyone had any proof that there was anything extra-terrestrial.However the events had spooked America (and also Winston Churchill over here). To avoid this sort of hysteria again and also to conceal what they didn't know about UFOs the US (and its allies) then began to dampen down reports and also introduce a policy of ridiculing witnesses.

edit on 23/8/16 by mirageman because: corrections


Pretty sad when the first one it starts with is the Mount Washington Ruler photo: 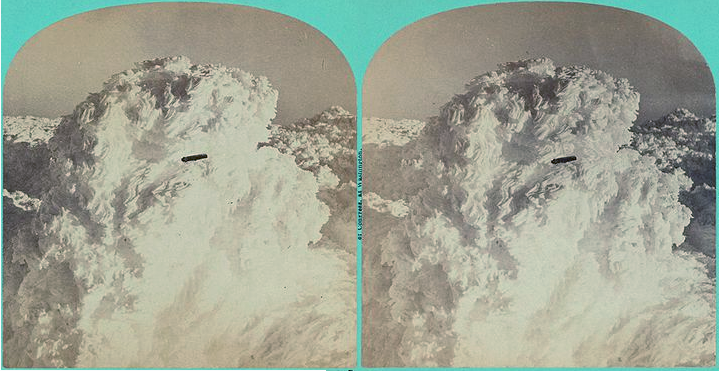