With the aide of its new Block 3F software, the Lockheed Martin F-35 recently completed twelve weapons delivery accuracy and 13 weapon separation events during a month-long weapon test on the US West Coast.

You don't just put weapons on and pull the trigger. There's a lot more to it than that, and as much as people bitch about the F-35 this is more proof that it works.

or any smaller drone partner aircraft/uav they are launching

Not yet. They're still working on the major weapons systems right now.

id argue that it in no way fills the intended role it was designed for simply due to cost alone. i always found the whole project suspect cause its been long known that its never cheaper to develop a new plane then to just use or modify existing ones. the whole point was to negate that 120 million dollar pricetag of the f-22 which is still a better plane. i knew from the get go theyd never do it for cheaper and that is now the case. imagine the amount of f-22's we could have built and have operating with the money spent but then again they couldnt have conned all those other countries into footing the bill for R&D on the f-35
edit on 22-8-2016 by TheScale because: (no reason given)

You can't keep upgrading old aircraft. Old aircraft aren't going to last 10 minutes against a modern air defense network. And there's no getting around that.

As for the F-22, that had nothing to do with the F-35 program. The F-35 was designed from the start to complement the Raptor, and do air to ground work, while the F-22 kicked the door open. The Raptor was never going to be an air to ground aircraft, except for a very limited role. We need a Day One air to mud platform, which this is. 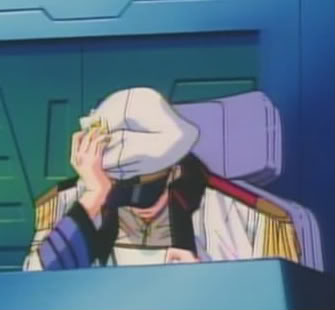 
originally posted by: makemap
I don't even know why this is news at all. Any vehicles can shoot any weapons.


That is the truth though. For all you know NASA Space shuttle could have some missiles slapped on it and it will fire.
It doesn't even have to be homing.

You can even put rocket launchers on a car and it will fire. Every other things is done by computers(if you want homing/guided). Which has nothing to do with the vehicle by itself. Vehicles are there to take you from place A to place B fast. This is a fighter jet. It is not surprising at all to be news for weapon test.

What they could explain is the weapons instead.
edit on 23-8-2016 by makemap because: (no reason given)

You couldn't be more wrong. It's not a matter of putting a missile on a plane and firing it. You have to make sure it interfaces with the computer, isn't going to cause excess drag on the plane, isn't going to come off and hit the plane itself (which has happened many times in testing), make sure you can hit the target.... It's not just a matter of "Here's a missile, go put it on the shuttle."

It takes years to get through weapons testing for an aircraft. Right now the F-35 can carry a small number of weapons. Until they complete testing they can't add more to it.

And yet everyone that has flown it or worked on it loves it.

Oh wait, they have to say good things about it right? I love the logic behind the hate for the F-35. If it's bad it's obviously true. If it's good it's propaganda.

posted on Aug, 24 2016 @ 09:46 AM
link
The F35 will eventually become a workable weapons platform, that much is certain simply because it's too big to fail.

Will it ever be a great one? I doubt that somehow, lets hope the engineers can get on with removing the numerous problems and redesign jobs and perhaps learn from what is undeniably been a complete cluster-f**k of a development journey!

And lets not kid ourselves, F35 has a long long way to go before it reaches actual usable combat performance for it's primary function, CAS (and I don't mean the 10K bul# version), as mentiioned in this article and associated Pentagon related report, there are many problems in store for it's weapons certification yet to come.

The main thing to take from the program is that it can never happen like this again, the US certainly can't afford for a white program to go tits-up like F35 again, without the diplomatic juggling and almost threatening to some of the program partners, F35 could have easily been a US / Israel only show and then the costs would be eye watering in the extreme

War is moving on, hopefully this troubled program will keep up with it rather than being stuck 20 years in the past.

posted on Aug, 25 2016 @ 05:19 AM
link
A little OT, but I'm personally looking forward to seeing development on a turret laser for the F-35B. If that is a success then it could be a game changer in the CAS arena. Add on microwave weapons that are pylon attachable then you bring a whole new dynamic to the battlefield.
edit on 25-8-2016 by DaMac because: (no reason given)