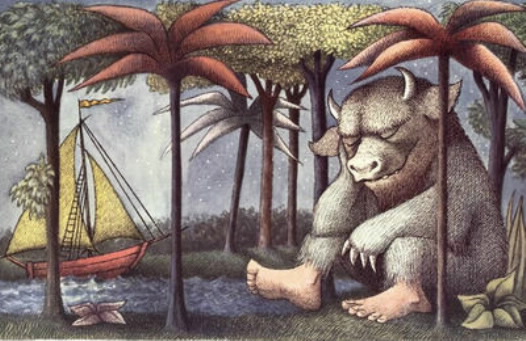 
There was once an old witch, she lived her days one with nature. She spent her days wandering around in the grand majestic forest.
One day she saw something that caught her eye.
"A wild beast, feeding.." It looked ferocious and intriguing, yet the old witch couldnt look away from this monstrous escapade..
The beast stopped, and started to *sniff*sniff*. Its eyes pierced the old witch, showed its sharp teeth, and vanished into thin air.
The old witch knew she found something that would make her place in the covenant, but she knew she had to tame it first.
;"A thing of the wild, could it really be tamed with ease?" she thought to herself.

So the old witch set up a plan;" Show love, since it doesnt know how to love. " And everyday she came a step closer, until one day the beast feed directly from the witches hand. She showed loved, and the beast, he started to change.
The old witch was euphoric, she tamed something that would kill without remorse. And the covenant gave her a place, because she found a way to tame something very different.

The old witch forgot, even though it feed directly from her hand, it was still something wild.
Her motherly love, placed in hope, hoped the beast could change.

And yes it did change, the witch still remembers the first words it said;" Thank you for everything, its time for me to leave" The witch looked at the wild beast, he followed an old man.