originally posted by: Pyle
a reply to: Khaleesi

Got it you hate big charity originations and like I said before nothing is stopping people from starting a drive in their communities.


Yes I hate scam artists. 'Charities' that aren't very charitable are high on the list.

The point of the matter is Hillary telling people to donate to Red Cross is not actually her doing a damn thing to really help.

posted on Aug, 20 2016 @ 02:27 AM
link
Thinly veiled publicity stunt to garner support. Sounds like it worked on a lot of people. I am sure trump handing off a couple of boxes made up for all the service men and personnel that were required to secure him.

It's actually a good thing she isn't in Louisiana right now. She would just steal all the donation money from the black people there just like she did in Haiti.

Let's not push her. 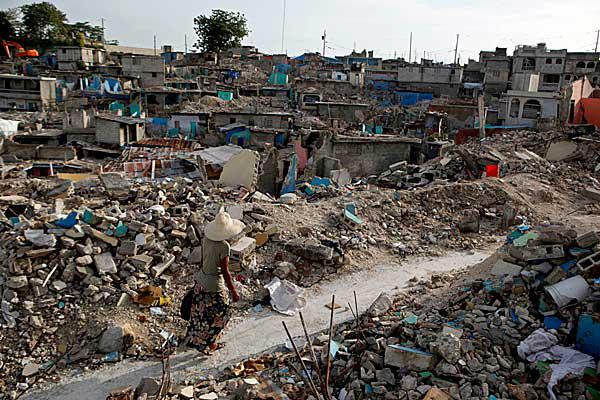 originally posted by: Puppylove
a reply to: Pyle

The point of the matter is Hillary telling people to donate to Red Cross is not actually her doing a damn thing to really help.

Probably been pointed out. Don't the Clintons run a foundation that could help out or something?????

You mean the Clinton Foundation actually helping people? Does that even happen?

Honestly not sure I'd want my home rebuilt with money that dirty. I'd never feel clean again.
edit on 8/20/2016 by Puppylove because: (no reason given)

Just money from good hearted foreign nationals that love Americans and desire to give to American charities.

Say, about that bridge you mentioned?

posted on Aug, 20 2016 @ 03:32 AM
link
Clinton is not interested because it's not the Clinton Foundation getting the donations to do the 'clean up'.

Trump was there and he showed his support. It's in the history books now.

Obama can go and ride on Trump's coat tails next week. It is good that he has taken Trump's direction though.


originally posted by: LifeMode
a reply to: reldra

The Governor is a Democrat. What do you want him to say? Obama let us down.

Just because he is a Democrat? The average person can see why this would be a strain on resources and security, I imagine a Governor would.

There are a whole bunch of cops guarding Trump so he can get his picture taken handing out a basket with some socks and stuff?

Yes, because he's a Democrat.

Bush waited to visit Katrina for the same reason, and he was lambasted in the media for it.

Now, if it's OK for Obama to do the same thing, then apologies need to be made to Bush. Katrina hit on a Tuesday, he was there on Friday, and flew over on Wednesday (left HIS vacation eraly) because HE wanted to see the extent of the damage for himself.

Double standards any way you slice it. Proof positive of the left spin of the media.

Obama and Clinton get a pass from them, because they are Democrats, no other reason.

Your boy Trump showed up today. How did he improve the conditions of anyone? Did he go all Corey Booker and roll up his sleeves and actually do something? Did he release any federal aid? Did this publicity stunt include a fundraiser — if it did, don't worry, you'll get that money eventually! It's on it's way, promise.

Maybe the entire world should stop in for a photo op just to say, "I was there!"

But by all means continue to make yourself look like a dumb ass.

It's not a bad thing. Why didn't he send the goods and keep his face home? That would have been altruistic. Why did he have to go? To show up Obama that's why.
Otherwise he would have just sent a truckload of goods and kept low to avoid publicity.
There's a funny thought...Trump avoiding publicity.
LOL.


Trump did send goods. The 18-wheeler full of supplies, toys, food, etc...was from Trump. He just came along with it.

The people there were very appreciative.

Ahhh....I see you posted that already. Thanks for including link.

But i know Hillary kills people for breakfast. And Obama eats dogs.

Do you think Clinton cares about people, period?

Umm yeah I know that. My post even acknowledges it. Jesus.
I asked why he couldn't just send goods and keep his face at home.

Oh and he donated all of 49 seconds of his time. After disrupting the operations going on . 49 seconds. Just long enough for a photo OP. Snap. Got it it? Good let's get out of here it's hot.

Yes absolutely. You'd know if you got information from better sources.


originally posted by: LifeMode
a reply to: reldra

The Governor is a Democrat. What do you want him to say? Obama let us down.

Just because he is a Democrat? The average person can see why this would be a strain on resources and security, I imagine a Governor would.


Yet when Bush kept his distance, he hated black people.

Yes absolutely. You'd know if you got information from better sources.

Well, I didn't ask you... but feel free to share your sources. This should be a hoot.

(EDIT - duke answered my question in a later post, he doesn't think Clinton cares much about LA either: "trump couldent care less just like the other 2,")
edit on 20-8-2016 by Teikiatsu because: (no reason given)


And Clinton was where? Was she anywhere near LA?

B*tch all you want but the people seemed to appreciate his presence.

"They" aren't running. Lol. It's Sooooooo personal.
Oh and they're right...about losing that is.