Why don't christians follow the laws of Leviticus and kill homosexuals, adulterers, etc.?

next comes the ten commandments only...not the Moses laws.....given by himself?....or the 613 Jewish pomagranite seeds

I have this for us here on this topic, it's from the Holy Spirit...are the rules not written now....in our hearts....ha, that just hit me...

originally posted by: craig732
I know that most people will say that Jesus formed a new covenant and made the old laws obsolete.


Because Jesus didn't support the corrupted Torah the Priests were teaching, nor did He support the "laws of Yahweh".
If you really pay attention, every law that Yahweh had in place, Jesus violated. He touched the "unclean", He hung out with those considered "sinners", He hung out with women (big no-no at that time and era), He broke the Sabbath, He did a whole bunch of stuff that violated the laws all throughout the Torah.
Most Christians don't even know what those laws were from Yahweh. They've just been told by their church or pastor (or other Christians) that "Jesus fulfilled all the law, thus He could be the perfect spotless lamb and die in our place for our sins".
That's called being spoon fed what to believe.
Jesus taught "do not judge", "love your enemies", "treat others the way you want to be treated", "be merciful", and a whole myriad of other things that totally go against the god of the OT.
No wonder people were amazed at His teachings.
Jesus summed it all up in two commandments..."Love God with all your heart, mind, soul, and strength...and love your neighbor as yourself". He said ALL the Law and the Prophets hinged on those two commands. So, my question is this, why the heck didn't Yahweh say that in the first place?


the first two thousand there was no law.....then the 2000 years up till Jesus after Moses gave the laws, 10 anyway, or were there 15 and one tablet got dropped....I saw that in a movie ya know .... and then the church age...just about 2000 years within 5 minutes. the law was what...made to show sin, otherwise one doesn't know of the concept exactly, without the law showing oneself about that.

law showed us that we were yes, possibly able to be classified as....dang....sinners

islamm, catholic and Judah.....live with this because they don't know.....know for a fact their in the book of life?

they don't know the message ... forgiveness

it's the hardest thing, we still struggle with it but there' that one group that knows they are going to be invincible.

that's the day you want to know you are in a rapore with God.

otherwise you will be screaming in horror because it will be plain as the nose on our faces...that God is doing His final day.....

hey, He doesn't want you out of the loop....now ya know what to expect....no need for screaming on the infamous documented in Scripture ....Day of the Lord.....( yes, it's huge in the readings )

posted on Aug, 18 2016 @ 11:40 PM
link
Perhaps it is due to people using their brains and not blindly following words written by men 2000 years ago. That, in many case conflict each other, and do not embrace the "...love thy neighbor as thyself" mantra. It took how many thousands of years for that revelation, and surviving through the terrible inquisition period, for people to realize this.

I can only hope other religions can reach the same conclusion that blindly following a book written at a time and place that no longer exists, and trusting in your own mind can work just as well. But, it's not for everyone I guess.

do you have any idea that post of yours should I swear be a " sticky "....the best display of cerebral horsepower ever seen in the religion forum

originally posted by: craig732
I know that most people will say that Jesus formed a new covenant and made the old laws obsolete.


Because Jesus fulfilled the Levitical Law. That is why He stopped the Pharisees from stoning the adulteress.

Matt 5:18“For truly I say to you, until heaven and earth pass away, not the smallest letter or stroke shall pass from the Law until all is accomplished.

All of the Law was Accomplished/Fulfilled when Jesus died on the cross for our sins. So the answer to your question is in the verse you cited.
edit on 19-8-2016 by BELIEVERpriest because: added point.

AaronOfEther
+14 more
posted on Aug, 19 2016 @ 12:07 AM
link
What I'm trying to figure out is why you're criticizing Christians for not killing people.

I would hope you'd applaud the idea that our understanding and application of moral principles can evolve and mature over time.

You seem to perceive it as mere inconsistency, and therefore evidence of falsehood.

I see it as spiritual growth, and therefore evidence of an active divine presence in the world.

But that's just me, and this is my first post. Hi, everyone! 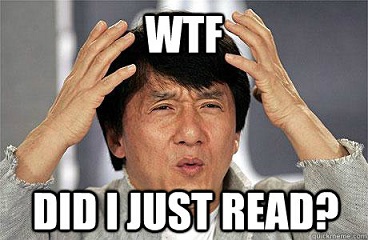 glad to meet ya!!

Perhaps because they aren't officers of the court legally empowered to carry out those punishments.

Despite that fact, all sin is equally liable under Old testament Law. One punishment for all.

Even in the Old Testament times, if you went about killing people, you were a murderer.

originally posted by: GBP/JPY
for the trekkies out there....

yes, we wage war, we are always warlike... on those we disagree with, but we choose not to do it today......Capt. Kirk

Yep. Kirk was addressing President ANAN of planet Eminiar Seven. That was Jim Kirk's response, after he changed his mind about destroying all life living on the planet.

posted on Aug, 19 2016 @ 01:49 AM
link
You can tell that the Law had been fulfilled by events after the Resurrection. Had it not been, the great commission would have been "take the Law to all the peoples of the Earth" not spread the gospel to all people of the Earth. Dietary and circumcision aspects of Jewish law were specifically addressed in the New Testament, as well as sexual immorality that the OP specifically mentions. Nowhere in the New Testament does it call for the death of those that practice such sins. It does call for denunciation, separation, and repentance. As Christians we are to call people out of their sin, and leave the judgment to God. That's not to say that there should be no societal punishment for things like murder, theft, and other crimes that a society must punish in order to survive, but Spiritual Salvation is available to the worst of us if only we repent and acknowledge the sacrifice of Our Lord for those sins. A society that put to death a murderer even after he repented is not culpable for his death, as those consequences imposed by society are the result of his sinful actions. However, human institutions may only punish anyone here and now, and not eternally.

At least in this case the Christians who refuse to follow what the bible tells them when it is insane are following the golden rule better than the ones who wrote the bible.

Many Christians think the bible is inspired by god/divine and dislike those who goes literal meaning. Maybe they inside know about objective to subjective degradation that happens when information is translated between unconscious to conscious. How synchronicity and telepathic knowledge is manifested on this level of being.

Other culture have to make the same journey where they can question the holiness and choice of the words in scripture without being a heretic. From my point of view the divine seem to love souls who question things on all levels. Those who want to really understand how everything fits together. Seek and you shall find is a perfect example in the bible for that questioning.
edit on 19-8-2016 by LittleByLittle because: (no reason given)

Why do you suppose that many/most don't actually do so, or even want to?

There must be a reason, correct?

I'm gonna go with most believe there is no reason to, and that they aren't the unthinking sheep that so many seem to believe they are.

Leviticus is the word of God. According to who? Did God come down and speak to the compilers of the Old Testament as though they were Moses on the mountain? I doubt it.

Leviticus, and any and all religious teachings are merely mans interpretation of what they believe is the Word of God. Doesn't make it so. If it were actually the word of God, from his mouth to our ears, there wouldn't be any need for the various sects, creeds, and other nonsense that has caused so much wanton destruction.