Metallica Finally Remembers How To Metallica - And It Is Freaking Glorious!

page: 1
27
<<   2 >>
log in
join
share:
Hefficide
+14 more
posted on Aug, 18 2016 @ 07:05 PM
link
Music has always been a very important part of my life. It effects me on a level that I can only describe as spiritually visceral. When I hear music, I actually feel it in a very physical and pronounced way. When I hear great music that effect is multiplied exponentially. Within the first few notes of a very powerful musical passage my heart begins to beat harder and faster, endorphins and adrenaline begin to pump, my energy spikes and I find myself completely engaged and sucked in.

Some people spend their lives searching for the perfect drug, the perfect high. For me, music is that high.

This is as true today as it was in 1983 ( I think ) when I was a teenager living in the Bay Area of California in a town called Fremont. Fremont is where my musical passion had really ignited on the day ( years earlier ) when my dads girlfriends ( you read that right, he pulled off the Charlie Sheen, years earlier, and had two live in girlfriends at the same time ) had told me that they wanted me to listen to something, before putting on an LP called Paranoid by Black Sabbath, instantly changing my life. From that moment forward I was to be a metalhead. Plain and simple.

That fateful day in 1983 several friends and I were sitting around listening to music on an embarrassingly large and loud boombox in a friends front yard - when a guy named Matt came flying up in his '56 Chevy Bel Air. As he excitedly jumped out of his car, a cheap, clear cassette in hand, he ran to the boombox and insisted that we listen to what he'd gotten his hands on.

About ten seconds it had all changed again. The sounds pouring out of that boombox were everything I never even realized that I had always wanted to hear. Anger, energy, pure OOMPH - all packed into a sonic concoction that either came from the Gods, or maybe threatened to topple them. This was incredible stuff. This was the wheel!

This was an early bootleg copy of Metallica's Kill 'Em All - long before any stores carried the title.

I hounded Matt to bring his copy to my house, for days, until he finally did. I immediately made a copy for myself. Over the coming months I made many more copies of my own copy and circulated those to other friends. Most everyone I knew fell in love with it and soon we found ourselves making pilgrimages to downtown San Francisco whenever Metallica played any of the small clubs in town.

Later I was at The Tape Factory to buy Ride The Lightning the day it came out.

At Tower Records to buy Master Of Puppets the day it was released.

Similar stories for And Justice For All, The Black Album and Load.

Load changed things for me however... I listened to the whole CD and nothing ever gave me that feeling I described earlier. It seemed OK, but nothing grabbed me. Nothing gave me my fix.

Around this time something else happened, Lars Ulrich went after Napster quite loudly - a move I felt to be unfathomably hypocritical because, as I just discussed, bootleg tapes is how Metallica got their first and most loyal following to begin with. Over the years I'd gone to the same parties and bars as they had and, while they were never friends, they were acquaintances - and this guy ranting about file sharing was NOT acting like the person I remembered - at all. To me he seemed to be a guy who'd forgotten his roots.

I didn't even bother buying Reload when it came out. From what I've heard of it, I didn't miss much. In fact Load, to this day, remains the last Metallica album I've purchased or listened to.

But this hit my Facebook feed today... Brand new Metallica... and I honestly feel comfortable saying it - based only on this one song - I think the guys in Metallica may have remembered who they are and their roots. This song takes me back to those early albums...

Oh man, as a fellow metalhead and Metallica fanboy since '88 when I first heard ....And Justice for All, I can sincerely relate!. Glad to see them getting gritty again. This new song isn't too bad and it's definitely a proper follow up to Death Magnetic which wasn't great but it was pretty durn good.

I could listen to the first 4 albums all day, everyday for eternity honestly!

Awesome story Heff, thanks for sharing.

I remember staying at my neighbors house when I was a kid and their daughter had MTV on (back when they actually played music) and the 1st music video I ever saw was Metallica's One. I was blown away after being stuck with my folks listening to the oldies stations my whole life.

The 1st album I ever had was Ride the Lightening. I still think that's the best album ever put together, all great songs that just flow together seamlessly.

It's my opinion that Metallica need to get back to opening their records with the classical guitar. It just sets the mood and builds on the anticipation for those heavy ass riffs to start smashing through.

How bad ass is that on Puppets when it starts hammering into Battery?

Have to go listen to the new track now. Saw it in my news feed earlier, have been itching for it.

posted on Aug, 18 2016 @ 07:38 PM
link
i dont think its very good.
i wish people would stop telling metallica what they should be.
and wish theyd stop listening.


Metallica wasn't one of my favs, but about a year ago I bought an electric guitar, a cheap one. Then, 2 words : Power Chords. The journey was interrupted by separation and couldn't even touch Layla (my guitar) for long time.

Couple of months ago I started to listen Metallica, became Pentecostal and suddenly recovering my wife, family and Layla too. Starting over, I find sometimes my style a bit Metallica. A religious experience perhaps. 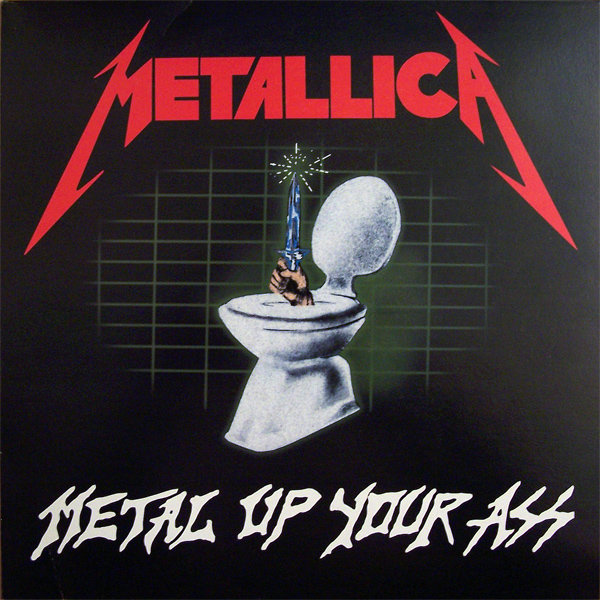 If there is a better Metal song then The Four Horseman I have never heard it.

The new song reminds me of whiplash.

Just so many great ones.

In the 80s, Metallica was different from other metal bands, in that they had a melodic counter balance to the thrashy speed. Ex: Creeping Death, Jumpin the Fire, Damage Inc, Ride the Lightning.
This new material still lack that balance they once had.

If the rest of the new album is like this song, then its just another thrash record.

And I really don't like Lars' 1 dimensional drumming here.

I agree. This just sounds like Metallica trying to be OLD METALLICA. It doesn't sound sincere.

with you.
im so over metallica. for like 10 years now.
i kind of wish they would just go away.

of course i liked some of their stuff back in the day but that day has past.

posted on Aug, 18 2016 @ 09:20 PM
link
My buddy was telling me about the double album they're putting out, today actually. 6 songs or so per disk. I mentioned that maybe they're going back to the glory days since there are so few tracks.

I remember getting And Justice for Christmas when I was 13, how that music made me feel. Right here with you guys.

posted on Aug, 19 2016 @ 12:45 AM
link
"Hardwired" sounds to me like Death Magnetic meets St. Anger. If it were on Death Magnetic, I think it would be the weakest song on the album.

If I had to put it in an exact place in their catalog, it reminds me of a watered-down version of "Through the Never." I'm not getting excited about anything that sounds St. Anger-ish to me.

One of my all time favorites..

Nope, sorry but I have to vehemently disagree.


I can hear a lot of Lemmy's Motorhead influence in that particular song you posted.

Lemmy and Lars played quite a bit of music together off and on over the years. It sounds like his style had an impact on Lars... which is a good thing in my books. 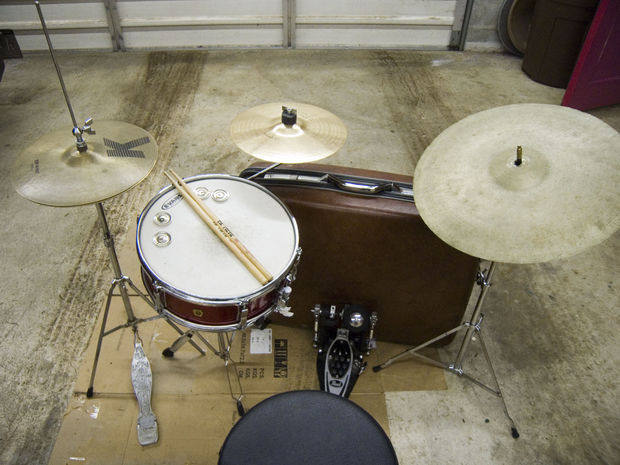 Before the defenders flame me, this is my own opinion and no I can't play drums. A monkey with two sticks and a bucket could out play me, and probably Lars as well.

posted on Aug, 19 2016 @ 09:13 AM
link
Kill em All was my first cassette, when it hit the shelves. From there I went strait to Garage then on to Lightning, Puppets and so on. Like many old fans, I stopped caring at And Justice. Black was 'meh'... Some good tunes on there.

I saw the new vid last night and thought... "Well, at least they tried like hell, this time". It's not bad but yeah, I wont be buying that CD. It's just not good either. It didn't have the old Metallica feel. The lyrics were just empty and weak. Not like the old Edgar Allan Poe lyrics of old.

For those that say "It's not the fans... The band bla bla bla". Sorry... Those fans made those guys billions. The fans can say whatever they want. They know what they like. If Metallica changes their style and suck at it, it's the fan's responsibility to say so. Now, granted, those guys can do whatever they want and it's their right. If fans say it sucks... then it sucks. If it finds new fans with their new style, then they may as well change the name because it's not Metallica to me.

Now... I've grown with bands like RUSH over the years who have changed their style in almost every single album. But... THEY STILL ROCK in every one! Metallica just .. yeah I don't know... Did too much cr@ck or something. It went from one sound to Milly Vanilly. Just one day they decided to sing and play their own songs or something.

This new vid.. It's fine for the average guy. It's got a couple of really bad cuss words so you know the new generations will love it! I simply think it's weak and a feeble attempt at trying to stand up to Newsted and the ever raging Megadeth!

Everyone who left or got kicked out of Metallica is better than them. Funny story bro!

Mustaine is a born again Christian and still rocks harder than Metallica did since And Justice. Hell... He always rocked harder. He was the meat behind the best album ever (even though he didn't play on it), Ride the Lightning. THAT album was the best of the best of any metal album out there in existence!

originally posted by: SgtHamsandwich
I do believe I have found a picture of Lars's kit as it seems like this is all I ever hear him wacking on.