The story outlines some very dangerous things about ol' Soros.

Knowing what we now know, looks like many old conspiracies are coming true to light.

"Hijacking fully fueled airliners and using them as suicide bombs was an audacious idea, and its execution could not have been more spectacular." -George Soros "The Bubble Of American Supremacy", The Atlantic Monthly, 12/03

I did a fairly thorough thread on him earlier today, detailing his early years getting into Finance, and discussing his "God-Complex". It's the most recent thread of mine if you're curious The man scares the bajeezus out of me

Thanks for spreading the word on this man who sees himself as God More should know about what he's been up to. He ain't taking a single day off..

He has been behind some of the biggest world economic disasters by manipulating currency and then hedging his bets. He also is behind global entities to cause civil unrest. BLM the latest, and is also a major supporter of the Clinton's. Wherever there is world conflict, you can bet one of the dozens and dozens of hidden foundations that his empire controls is behind it, and in a position to gain some financial gain. A true evil power player.

posted on Aug, 18 2016 @ 05:09 PM
link
Can we discuss how many of his plans are already in full effect. As if HRC is the "crown" of the NEW WORLD ORDER. That which they - (the progressives) are heading towards

posted on Aug, 18 2016 @ 05:11 PM
link
Dangerous?!?.. Haven't seen one adverse affect he's carried out in the name of satan that elected officials haven't slept through thru sheer fkn laziness. George, if Ur watchin, gimme 10mill, I'll walk thru whatever pointless legislation U want! Sheeple?!? Wake up! Sheeples a euphuism for a lazy/incapable generation who haven't the ability, the energy, orthe sense to achieve on their own. Get a job!

posted on Aug, 18 2016 @ 05:14 PM
link
I'm curious, what kind of security does this guy have? I mean it must be phenomenal. How has nobody taken him out by now with all the people who's lives he's ruined out there? He makes Hitler look like a great guy in comparison if we really tally things up...

posted on Aug, 18 2016 @ 05:15 PM
link
I hope many people on ATS have noticed a common theme with most politicians lately. Trying to breed a world without borders. John Kerry mentioned it and many other political powers have. This is the NWO that I speak about

He's one of the creatures I'd categorize as being only partly human. He visually appears human-like.

My only other comment is he does have an expiration date.

I have no issues with a borderless world, or one world government. Nothing wrong with it if done right. There are advantages and disadvantages to both states of being.

Here's just one example, in a one world government if slavery is illegal, it's illegal everywhere. No one can take advantage of countries where slavery is allowed to get free labor.

The problem is, the people pushing for this one world government have demonstrated no concern for human life. Genocide is a shrug for them. These are the people happily taking advantage of slave nations and sweatshops.

In a one world government where slavery is legal, it's legal everywhere. Any of us can be made slaves tomorrow in such a world.

I don't agree that globalization is inherently bad by default. It'll happen eventually one way or another some day.

It's the form that globalization takes that's the conflict.
edit on 8/18/2016 by Puppylove because: I like the word inherently, it looks cooler with that inclusion, doesn't it? Huh, huh?

His son is taking his place.

“When buying and selling are controlled by legislation, the first things to be bought and sold are legislators.” - P.J. O'Rourke

All it takes is the money and the will....

More and more, I am beginning to see the Clinton Foundation as the slush fund, money laundering facility, corruption-hiding, central hub of the international cabal of criminal agenda-makers. These people, such as George Soros, are globalist elitists that believe in open borders and interculturalism to the detriment of our individualism, personal liberties, and national interests.

They think they know what is best for the world, and they are dangerous, imo.
edit on 18-8-2016 by queenofswords because: (no reason given)

posted on Aug, 18 2016 @ 06:35 PM
link
George soros is a reptillian, just look at him! I made a thread here a few years back that shows how to spot a reptillian politician. He may not be a politician, but he controls them, I guess that makes him the hric (head reptilian in charge).

I wonder who's pulling at those strings? 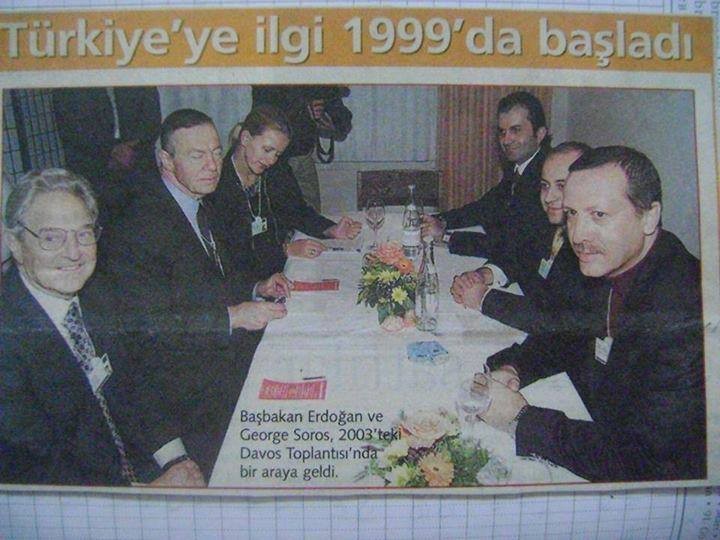 Erdogan was also met at the airport by a crowd waving brand new Turkish flags, the folds still visible. This is always a sign of George Soros’s involvement in themed revolutions, with protesters always waving factory-fresh flags. Some Erdogan supporters were also seen waving brand new flags representing the Muslim separatist group of East Turkestan in western China, a group supported by Soros. Soros’s Open Society Institute operates freely in Istanbul and Soros is on friendly terms with Erdogan. It is also noteworthy that US Secretary of State John Kerry, a Soros acolyte, indicated he would recommend extraditing Gulen from exile in Pennsylvania if it was determined that the cleric was behind the coup. Erdogan could not have asked for any more support for his false flag coup, which had two major goals: ramming through a new Constitution for Turkey that will give Erdogan near-dictatorial powers and grabbing Gulen and putting him in prison or worse. Kerry’s statements were as inane as has been Barack Obama’s constant use of Erdogan as a consultant on Middle East and Islamic issues. Obama could do no worse by seeking the advice of the head caliph of the Islamic State.

There's plenty of reasons for anti-Soros threads, I don't like the guy and I've never voted for a republican, nor am I planning to endorse Trump.

Soros' name pops up any time world globalist and bought off politicians, and, honestly there's so many triggers that cause Soros to pop up it's silly to try and list them all.

It's not like Soros is some kind of innocent nobody. He's a major players who's name pops up all over the place for those who look.

originally posted by: Jordan River
Can we discuss how many of his plans are already in full effect. As if HRC is the "crown" of the NEW WORLD ORDER. That which they - (the progressives) are heading towards


The New World Order has been around since 1776.

It says it on the back of the dollar bill. "This year begins, Novus Ordo Seclorum," with 1776 engraved underneath.

The NWO is using Clinton - she is not the "crown."

I always thought Soros was entangled with the Turkey thing !!