Why is this one worthy of special consideration and study?

I tried and as far as it being photoshopped I don't think so, it seems to be a single photo no layers or additions.

I'm sorry ChesterJohn, but that's one of the most obvious photoshop hoax jobs I've seen in all my years paying attention to these.

Must be from someone who just got a copy of photoshop and thought they knew how to use it, or it was intended as a joke. No experienced person in CG would ever make such amateurish mistakes.

originally posted by: Mianeye
a reply to: AboveBoard

If you look at the ground


I wonder how you see it as ground, they are clouds

"It Don't Mean A Thing (If It's Got That Swing)" and the photo doesn't have that swing so it don't mean anything!

posted on Aug, 17 2016 @ 11:45 PM
link
Ok I see where the patterns are repeating, and highlighted them with red circles and a line to show. The Upper portion is simply zoomed out more and the bottom portion zoomed up. 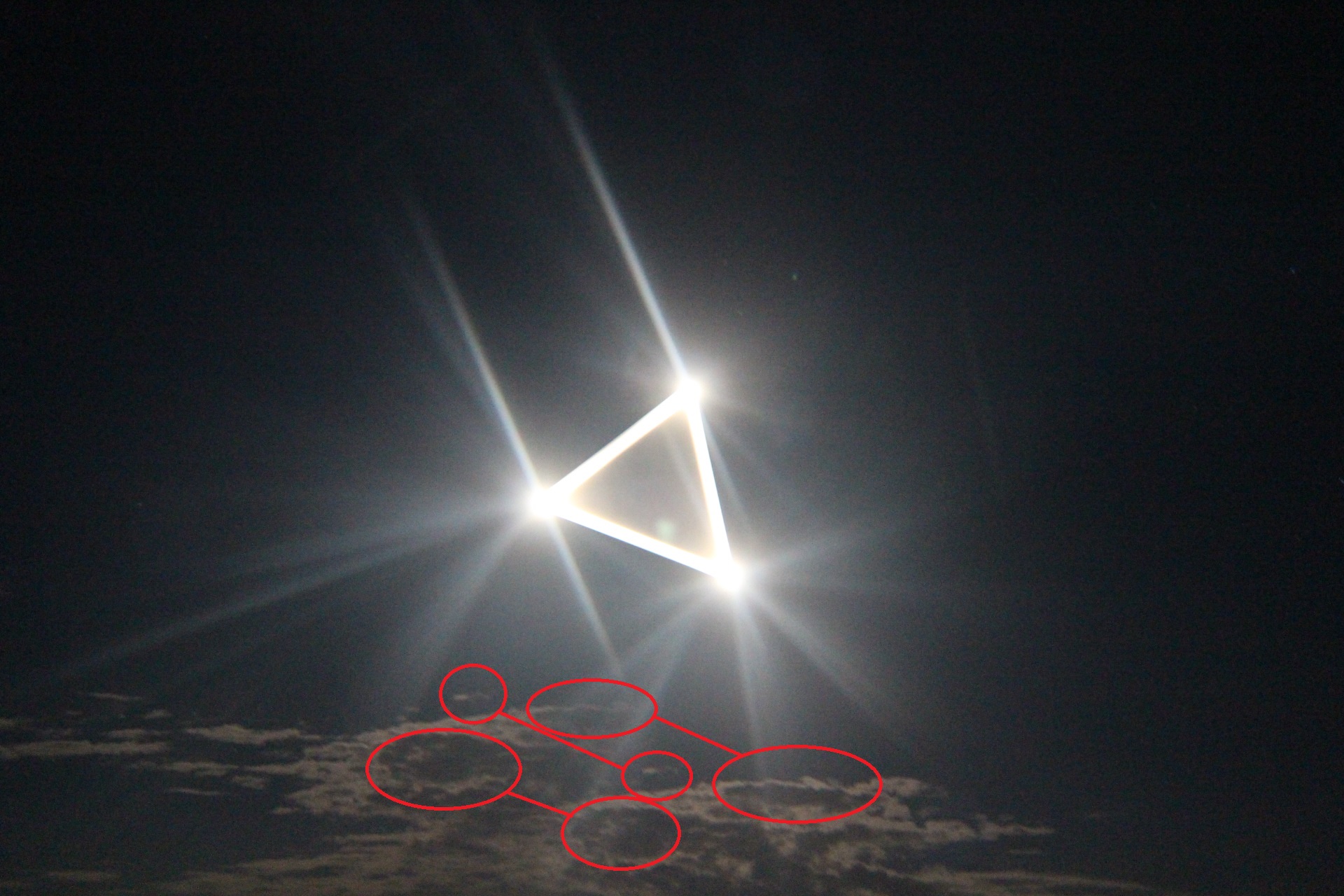 I will certainly be more attentive in the future.

files.abovetopsecret.com... for the full size and a closer look.
edit on 8/17/2016 by AmericanRealist because: (no reason given)

originally posted by: Rikku
a reply to: carewemust

Why is this one worthy of special consideration and study?

Oh..thanks. I'm not a Facebook subscriber, so I don't know if that's a good omen, or a bad omen, for this photo.

posted on Aug, 18 2016 @ 06:26 AM
link
OK I was able to PM on face book with the girl who took the picture. She never claimed it was any type of craft. Her dad posted it as a curiosity and called it a triangle object, not knowing his daughter took the picture purposely.

She said she used a three image filter and centered the Full Moon in the center which created the triangle. It is not photoshopped or faked just a tri-image filter photo.

That will put it to rest now.

A great photo that will show how people may be faking other UFO photo's by using special filters. even in video mode.
edit on 18-8-2016 by ChesterJohn because: (no reason given)