I will say this and I do mean it, the Billderberg's ruling council are totally EVIL, they should have there asset's stripped, be put into prison for there numerable crime's and that money which they have amassed through so much suffering, destroying of state economy's and rigging the banking and election system's of the world's nation's should be evenly shared around the world to all the nation's of the planet by being divided by the population of the world then allotted by person to those country's, after all it has been made by the most ruthless gangster antic's.

As for the US, all enemy's foreign and domestic, the billderbeg's certainly fit that description and are indeed enemy's of the US democratic system, rigging a system invalidates it so is the same as attacking or undermining it and therefore they are attacking and undermining the US at it's constitutional level.

They will never be brought to justice however as they are merely the S%$t that floats at the top of the barrel and there is plenty more such scum just under there level subservient to and propping them up for there own sake's.

"The very word "secrecy" is repugnant in a free and open society; and we are as a people inherently and historically opposed to secret societies, to secret oaths and to secret proceedings." — JFK.

Bilderberg group meetings fall under the banner of secret proceedings.

TPTB are not stupid. They are in fact exceedingly smart and cunning. They have protocols in place that don't allow for "credible" leakage of their proceedings.

So, what kind of thinker would she appoint to the Supreme Court?
Conservative, or liberal?
That was my main point, not whether or not she is honest and upfront about what she is...
We all know she can't be trusted to tell or be truthful, ever.

I don't think it matters much Top. Look at all the conservative financiers like the Kochs who are supporting her over Trump. The existing power structure, whether they call themselves liberal or conservative are backing her. She is for the status quo. All of her training as been to support the existing system, all she ever wanted was to sit at the top of is. Sure, she makes promises to half the people and threatens the other half, but to me this is just theater.

And even if she does get to the WH, how radical could her appointee be. Congress would still have to approve her nominee. The Republican side will fight her just as has been seen with the struggle against Obama. 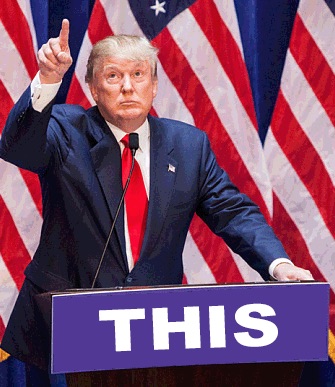 Fair enough,
I just really feel like the more towards the middle the SPJ will be, the better.