originally posted by: BelowLowAnnouncement
I suppose that's what happens when all your youth have to get a good education at a liberal indoctrination camp university in order to make anything of their lives.

And the Conservatives have what kind of colleges, exactly? No one is preventing them from setting up their own institutions of higher learning, except perhaps their own sometimes laughable level of education.

Of course, part of their demographics still wants to push religion over science which means a truckload of cognitive dissonance that many of their children never recover from 'lest their souls be in jeopardy.'

Except for jobs in religious institutions that constantly beg for money from their believers, what kind of job can you get after graduating from Liberty University? Exactly what kind of education is 'faith-based'? Maybe the social work kind of things, but if you're trying to compete with MIT and Stanford grads, good luck with that pay scale.

Most my freinds voted too the same way as me, to leave.

Us young are not always dumb sheep.

Im betting many in the states dont exactly want Hillary but can see Trump is full of bull#.
US election corruption has left two #ty people as main candidates.

posted on Aug, 16 2016 @ 03:13 PM
link
Low-info lemmings who idolize low-info celebrities motivated by peer pressure and the desire to be "cool".

posted on Aug, 16 2016 @ 03:16 PM
link
I find it funny that people from the generation that is responsible for the current state of the world are worried about the youth ruining the world.

posted on Aug, 16 2016 @ 03:18 PM
link
The same generation that brought you BLM, Social Justice Warriors and the popularisation of the Selfie stick.

So this is what it's like to hate your generation. Interesting.

I got a frightful load of death threats over my Brexit vote (leave) from these people. elgh.

And yet isn't Trump just a "low-info celebrity?" What about Schwarzenegger? Or Reagan? It seems like the Republicans are more likely to elect a celebrity than the Democrats.

GOP is going down!!!

originally posted by: Snarl
That smell. Sniiifffffs it up. It's the smell of fear. The MSM are trying their best. I'll give 'em that.

What 0bama hinted at during his campaign is coming now. That's CHANGE. I think 0bama knew it all along too.

I don't particularly care for Trump. If MrSpad was running for President, I'd bet he'd honestly poll at around 98% running against all of the other four potential candidates. But ... he's not. And what I've been saying all along is what's most likely going to happen.

are you sure dude?
or are you in denial of real politics and that sensationalism isn't working any more and trump needs to get into real politics instead of name calling and childish allegations, and he needs to get the likes of Rudy 'fooliani' as far away from his camp as possible?

are you sure people aren't beginning to see the frailties of trumps speeches and his choice of political supporters and the fact that his running mate of choice did NOTHING to help him in any way?

are you sure you're not just ignoring real politics and how it works in the real world and not online forums...
you should try campaigning what some of trumps plans are to make America great again, tell me what he's outlined so far?.... plz.
oh yes... not a word yet.
and please don't bring Hillary into this. let's discuss both our candidate of choice. 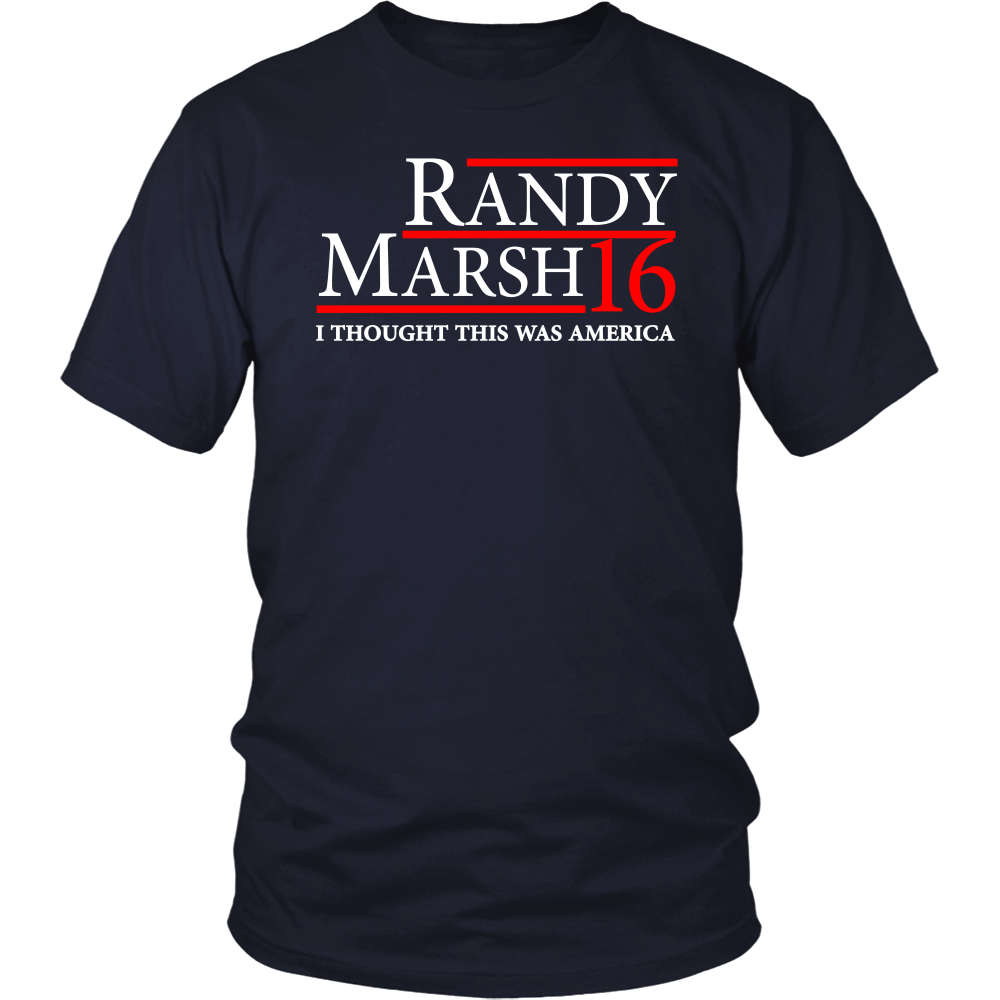 Politics is all theater anyways.

originally posted by: carewemust
I very rarely see young people voting in any of the polling places.

How often do you hang out at voting places to take count?


I have always gone in cast my vote and left and felt that was normal.

posted on Aug, 16 2016 @ 03:37 PM
link
These responses were not unexpected. So lets clear a few things up again for those that did not read.

By youth we talking 35 and under. And they are now the largest voting block.

They vote based on the candidate not the party. They go Republican see as often as they go Democrat. In fact they have never gone more than two elections for the same party, until now.

While better educated than other generation the majority of the group do not have college degrees, so the they are hardly all brainwashed by liberal colleges.

This group has not party loyalty and are just as likely to vote 3rd party. In fact if half of them were not voting for Clinton just to keep Trump out Johnson and Stein would likely be doing even better than they are.

Fear of Trump is what is driving this group to vote more than any love of Clinton.

The fear based Republican convention wrecked Trumps chances with this group.

Polls are important because they decide everything a candidate does. Do you know why Trump is speaking from a teleprompter now? Why he has big flash cards to hold up and keep himself on message? Whey he goes to the states he does? Why he changes positions and back pedals on things? Why he endorsed McCain and Ryan? Polls. Everything a campaign does is because of polls. Battleground states are called that based on polling. Where Clinton and Trump go, where the send surrogates, where they spend money is all based on polls. And yet, still we have people who think they are fake. Even after pro Trump groups have done polls and gotten the same results.

It's all in who you hang out with... most of my fishing and hunting buddies are Trump supporters. He'll, I'm a millennial by some definitions, certainly not far removed from being one... and I'm 100% behind Mr Trump and his message.

My point was that these polls aren't representative of reality any more. They're the same garbage that was used to say "Trump can't win the GOP nomination" and "Brittons will vote to remain in the EU." Our media's polling propaganda machine seems to be broken...

Nobody has ever won the presidency based solely on the voters' levels of hatred against their opponent. Look at how that worked out for John Kerry in 2004 and McCain in 08 and Romney in 12.


My point was that these polls aren't representative of reality any more. They're the same garbage that was used to say "Trump can't win the GOP nomination"

The polls said that he would win the GOP nomination and he did so the polls worked. Now those same polls say he will lose the election and you call them bunk.

Why do you guys have a need to post daily poll results telling us Trump is behind? What's the point? You are not going to make anyone vote for your cult leader, but you will just make some people actually vote for him, because of the enormous propaganda going on against him.

It's all in who you hang out with... most of my fishing and hunting buddies are Trump supporters. He'll, I'm a millennial by some definitions, certainly not far removed from being one... and I'm 100% behind Mr Trump and his message.

My point was that these polls aren't representative of reality any more. They're the same garbage that was used to say "Trump can't win the GOP nomination" and "Brittons will vote to remain in the EU." Our media's polling propaganda machine seems to be broken...


The polls never predicted Trump would win, the opposite in fact. Even when Cruz was on his rebound polls still predicted a 62% likely hood of a Trump victory. And Brexit polling was always so close it was never blow out in either direction. This, this is not close. Not close at all.


Take those incidents away and Trump would still be in the game.

We don't watch tv. We don't even youtube anything about the latest in politics. We don't read magazines. We do not listen to radio... # we barely go out to see a movie. Some of us are at downtown concerts where the only ads we see are for the next concert. Or we are at home playing on our playstation 4s and our computers hitting up counter strike or overwatch. When politics come up in a conversation? We dont give a #.


In other words everything you have available for statistics, coverage, and any news site giving out political news is getting ignored.

They can pull up any poll, any political news site, and show any stupid ass thing they can get their hands on but it doesn't reflect us properly.

To get a better idea of just how many people are turned off like i am take a look at how many of us own netflix accounts, sen accounts, internet accounts with no cable, xbox live accounts, and what games are currently being played on every platform every night.

I never watched the news, i never searched for thenlatest in trump insults. I dont even have a twitter account and if i did it would most likely be for the latest in lets play videos or awesome video compilations of amazing stunts done in video games.


So the media can continue its carnival of infotainment. I am over here reinforcing all of the brown walls in ranbow six siege, and seting up my bear traps at the tops of stairs.


Trump has my vote since hillary stole my money from bernie sanders.