To be clear here, this is not at the Tonopah Test Range. Rather it is at the Tonopah civilian airport, a bit north of the TTR. However contractors use this airport because it doesn't need any military clearances.

UAS is basically UAV. (S for system, V for vehicle)

I don't think there are any military "free" balloons, but who knows. But a Google "loon" is a possibility. 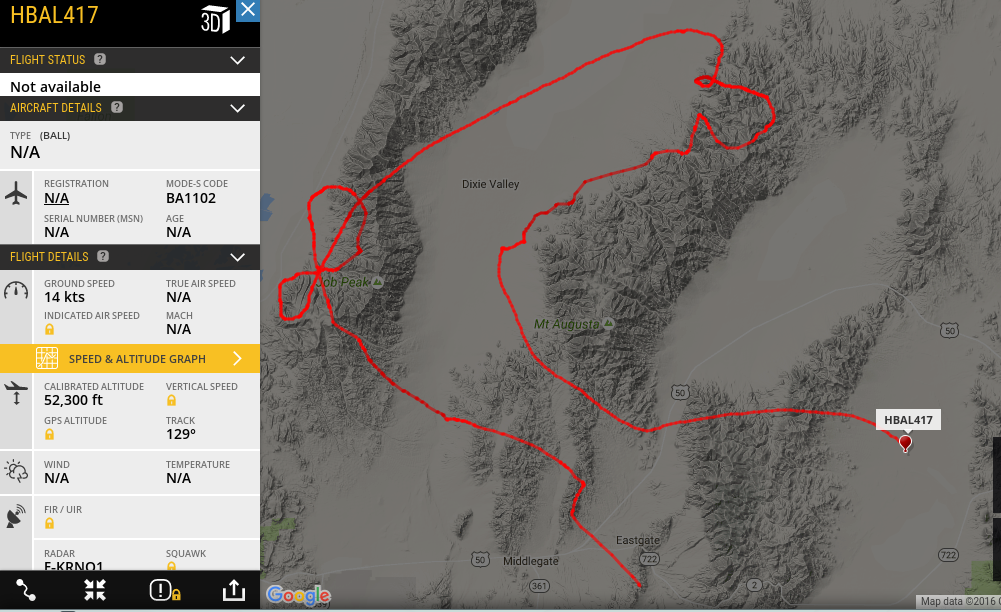 This is a snapshot of the Google Loon track.

BTW, messing with fr24, I couldn't show the balloon was launched at KTPH.

originally posted by: nepatitan
They are all over the place!