There is only TWO things you need for a middle class

If the plurality of Americans are making between 15-20 bucks an hour, you don't have a middle class, you have a lower class. Especially if the government gives the people not working a similar amount of money.

You will have the ruling class then a HUGE surf class

Wealth, resources, and power are being consolidated and amassed by a small fraction of the population - namely, the elitists and the "1%".

However, us "peasants" wildly outnumber the power brokers.

The only question is, are things going to get worse, or will they get way worse? Because it's pretty obvious they aren't getting better - more and more people are struggling to make ends meet

"They" are trying to make "Haves" out of "Have Nots" and they're using the 'middle's money'.

When the Ones who make the laws are also "Haves" but at a higher scale or rate, they certainly wouldn't use their own money or penalize those who are above them, who use these 'Haves" to screw the rest of Us.. The 01% won't get penalized/taxed but those who are 'in the middle' will pay the freight like they've always been led to do.

How can any politician regardless of party, go to Wash.DC and come back more wealthy than when they left to serve?

posted on Aug, 15 2016 @ 10:35 AM
link
Each time the minimum wage is raised that sound you hear is the woosh of jobs leaving our shores, given to illegals under the table, or the death throws of fledgling businesses.

Many things have to change in order to fix the middle class issue in this country. But perhaps the most important is that for as long as there is no parity in the labor markets of countries we enter into free trade agreements with, a domestic minimum wage policy will only further hurt the people it is intended to help.
edit on 15-8-2016 by loam because: (no reason given)

But wouldn't having the lower class making slightly more income just funnel all of that money back into the super wealthy's pockets?

The lower class that's making $15/hr isn't going to be saving or investing that money. They're going to just buy more crap that they want and need from corporations. Perhaps with the illusion that they aren't slave labor.
edit on 15-8-2016 by AgarthaSeed because: (no reason given)

There are many ways to "control the means of production".

Mandating salaries is one of them.

Especially if it's 'SKEET SURFING'!
www.youtube.com...

posted on Aug, 15 2016 @ 11:11 AM
link
Quite the conundrum it seems. We need to compete with other nations, but how does one compete with countries that still allow slave labor.

Obviously the "we need to keep wages low in order to remain competitive" argument falls flat in the face of these facts. The only way to have lower wages than providing for the bare subsistence of slaves is to simply work people to death by the millions. Something I pray the world doesn't see on a mass scale again.

Once upon a time western nations had methods of avoiding such undo advantages as taking advantage of slave labor - tariffs are an example. However as technology evolved and lowered the cost of corporations operating as multinationals, the game has changed dramatically. Without tariffs and with lower logistical costs, producing products in a slave country and moving them to our markets is now the go-to method of maximizing profits. Build it in the third world for pennies, toss it in shipping containers and sell it in the first world for hundreds.

My point is, short of engaging in the evils of slavery, we simply cannot compete - and yet the rhetoric seems to still focus on trying. Why? Well because the people who've made untold trillions in profits thanks to this system are also the very same people who can afford to buy our media, our education system and our politicians - wholesale and outright - so theirs in the narrative we digest, day in and day out.

Don't let them fool you. When the minimum wage was introduced it was meant to represent the bare minimum wage that a person would need to survive... to eat, have shelter, get medical care when needed. Just the basics. We've lost sight of this and our modern minimum wage doesn't come close. I personally know young people who work two full time jobs, share apartments ( and the bills ) with multiple other roommates and still barely squeak by. Living communally out of necessity. Also history shows that when the base has strong buying power, the entire system, above, benefits. Everyone makes more - including the middle class.

Which probably sparks another interesting conversation as it seems that the end result of unfettered capitalism seems to bend up forcing people into communist lifestyles.

Strange world we live in.
edit on 8/15/16 by Hefficide because: (no reason given)

originally posted by: DBCowboy
Socialism is government controlling the means to production.

Yep, and also by raising the minimum to $15 for a crap job like being a dishwasher (wich takes little skill) then that more or less unskilled laborer will be making the same as some tradesmen and like you said after that happens $15 will buy what $7 used to so in effect this move would finally destroy the middle class as the dwindling middle will be in the same Financial Dire Straits as the lowest income people. That's probably what the "Elite" want.

why even have a class system. if people work and earn the money, what's the problem?

why do some people want to perpetuate others to remain in poverty? uneducated people can now have access to higher education which they can pay for... or health care, or food thats not going to give them 16 types of cancer...

All it will do is force the cost of living to double within the city.
Then, people will move outside of the city to commute in.

Then we'll have a high cost of living, a bunch of foreclosed property, no jobs... and a lot of crime, since there will inevitably be people who can't afford to stay- but can't afford to leave, either.


FWIW, remember that the people who actually set the rules that impact the 'middle class' think that a single mom earns 260k a year, and your average single person earns 200. I sit in the upper income range for a single person in my age bracket for the state- and my pre-tax income is less than the income tax that the "middle class" supposedly pays. 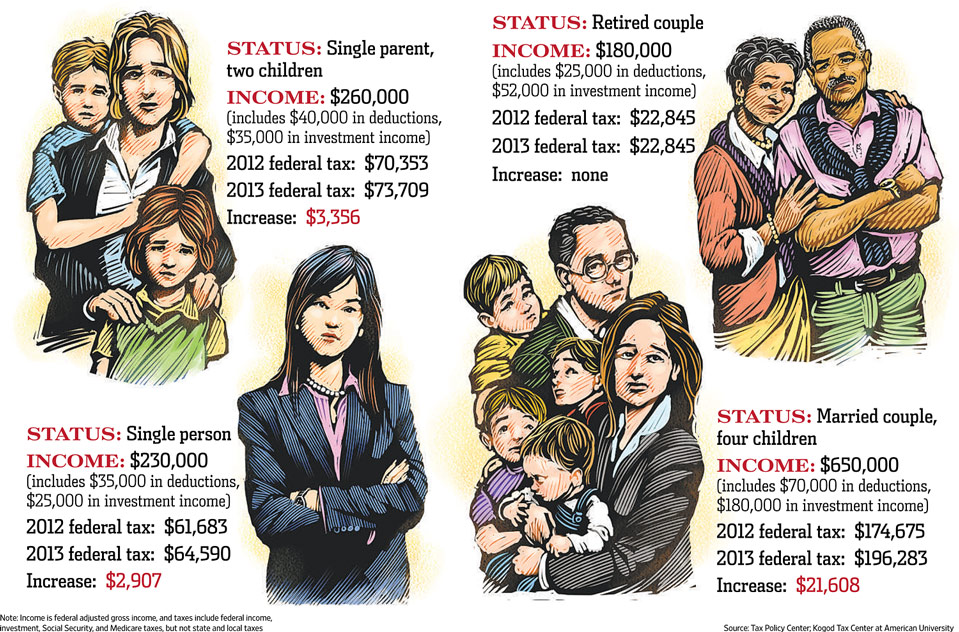 We're all peasants to the people making the laws- and cattle to those who enforce them.

How you gonna go surfing with your $15, when it won't even buy a cheeseburger anymore because all the costs went up along with the expenses of paying a higher minimum wage?


We're all peasants to the people making the laws- and cattle to those who enforce them.

Yeah, we're all cattle to those whom enforce the laws?

You mean the police officers who put their lives on the line on a daily basis for you for $10-25 an hr depending on the city. Small towns/rural communities pay in the $10-15 range and larger cities and such pay $18-25 range. So many of these cops will be moved up to the new minimum wage for this hazardous job (if they don't lose their job) for all the thankless people out there who hate them for providing them with protection.

I feel sorry for college kids these days-some will be in debt for jobs that might not exist by 2040.

Automatons and crowd sourcing could reduce specialist jobs dramatically. I like Michio Kaku's work but when said there would not be a crisis he was kidding himself. He said that the artists would have a future; how can we have art with artists who can't afford the tools? we could be reverting to cave art!