This is obviously not his real name but many of you on this site know who he is and are familiar with his exploits. While he is world famous now it was not always such. Barstar was once a hardworking arborist who lived in sunny Southern California, Santa Monica, to be exact. Barstar never dreamed of fame and fortune but it literally fell into his lap, or should I say, HE fell into IT.

Barstar Lumberjerk, while just your everyday tree trimmer, has a magnificent voice, one that befitted him residing in the City of Angels, for it was truly angelic. He was a regular at all the karaoke bars in town and his fans came to listen to him serenade them with standards and ballads that made all of the girls swoon. He never guessed that his melodious voice and debonair good looks would propel him to the heights of superstardom but it was his career as an arborist ,of some talent, that would bridge the divide between working man and crooner of every woman's desire and every man's envy. His occupation took him all over the greater Los Angeles area plying his trade, from your average neighborhoods all the way up to the hoi polloi of Beverly Hills. That is where Providence and Barstar became acquainted, and he has never looked back.

Perched high up in a palm tree located on the palatial grounds of a well-known music industry mogul Barstar was belting out one of his favorite ABBA tunes when, in what most people would think is a catastrophic accident, his harness gave way and he plummeted to the ground. Luck spared him no more than some bruises and having the wind knocked out of him but the mogul, who had been listening enraptured from his second floor balcony rushed out with his aide in tow.

Seeing that Lumberjerk was not seriously hurt they helped him into the mansion and onto a comfy sofa. While the aide fetched some ice water, the Music Mogul struck up a conversation with our soon-to-not-be-lowly Barstar Lumberjerk. Mogul had heard Barstar sing a most amazing rendition of Dancing Queen (and our boy Barstar can cut a mean rug too) and knew he had to get him in the studio. With Barstar now fully recovered from his uncannily providential fall they escorted him to the Steinway Grand (Barstar is a near virtuoso) where he belted out Scenes From an Italian Restaurant in such a manner that Billy Joel himself would weep.

Music Mogul was floored. Barstar's 7 octave range was un-Godly, he could hit the highest of highs, rattling the fine Rosenthal china in the cabinet one room over and drop to a tenor’s base that rumbled the floor. The keys rose and fell with near blinding speed beneath Barstar's self-taught hands. It was a dream come true and Mogul knew right then and there that a star was born and that star was all his to sign and sign him, he did.

Barstar Lumberjerk's self-titled first album went quintuple platinum and cemented him as a musical force to be reckoned with for as long as he saw fit to grace his unworthy fans with his monumental work. The inevitable concert tours and follow up albums came and went and Barstar is still at the top of the charts, wowing fans and impressing critics with his lyrics, style and musical poetry. And this is where in the story that I, and another member of this site, were fortunate to become acquainted with Barstar and to this day have maintained that ‘friendship’ despite Lumberjerk being a star of epic proportions.

It was a sunny, late spring day in Nashville Tennessee where I was enjoying a light lunch with our very own AugustusMasonicus when to our mutual surprise, shock and awe who should walk into the door of this tiny café and saunter up to the bar? Why, it was the Grammy award winning, pop culture phenomenon and master of insane talents, Barstar Lumberjerk himself!

You can imagine our surprise and we both knew instantly that we must invite him to our table. We simply have to find out more about this fantastical and mysterious idol that we now have in our midst. I left the table to go to the bar and extend my hand, nervously, to Barstar who graciously returned the gesture and I invited him to please come sit at our table and allow us to buy him a drink. He graciously accepted and the Mason and I were thrilled with the opportunity to finally meet the real Barstar and not just the public persona that is portrayed in the media, which we all know can be so much distortion and fakery. After introductions and exchanging pleasantries, we all sat together and his presence was, truly, fascinating.

The female wait staff came instantly to the table, intense lust not hidden and voice quivering, she asked the superstar what he would like. The innuendo was thick. I can only imagine that he must run into that everywhere as I found myself quite attracted to the strong and manly, yet somehow sensitive man of men sitting before me. It truly is something to behold when you see someone on the screen and then are fortunate enough to meet them in person, how they really are…what they really are. Barstar ordered Vodka on the rocks, which I already knew was his drink from his interview with Okrah, the famous interviewer of the stars, after his first and Oscar award winning film debut with Sandra Bullocks.

While waiting for his drink to arrive, Barstar went on to tell us that he was in town visiting some of his rich and famous friends and had, just earlier that very day, competed in the Ironman event held annually. It is a grueling course of epic proportions consisting of a 2.4 mile swim in the Cumberland River, a 116 mile bike course and an exhausting 26 mile run course. He looked as if he had just woken up from a soft and romantic dream. Of course, he won the competition! He began to regale us with his ‘rags to riches’ tale and we were so fascinated and mesmerized by his stories that the Mason even invited Barstar to join him in NYC. Barstar made a brief call and his private jet was landing, he told us, to pick us all up and fly to New York. He added that his jet and penthouses in Detroit, NY and LA had an unlimited number of beautiful women, that apparently lived and worked with him, who could serve not only the drinks but tend to our every need. I would imagine nothing less for someone as rich, famous and popular as Barstar Lumberjerk.

He was truly of man of many talents and surprises!

edit on 14-8-2016 by TNMockingbird because: Spelling error but...Who is Barstar exactly?

originally posted by: TNMockingbird
He was truly of man of many talents and surprises!

I was truly in awe of the man.

And then he read me a poem. It touched my soul. And I don't even have one.


Barstar Lumberjerk, who is he?

Great writing. Ok this is strange. I was just playing my guitar writing a song when you posted your amazing story.

Wow. Did you fall out of a tree too?

Lol even worse my roof.

originally posted by: Quantum12
Lol even worse my roof.

Well, either way, you will never be half the man as Barstar Lumberjerk. He truly is the man of your dreams.

It really got ugly, I played foosball with my guitar and I lost. 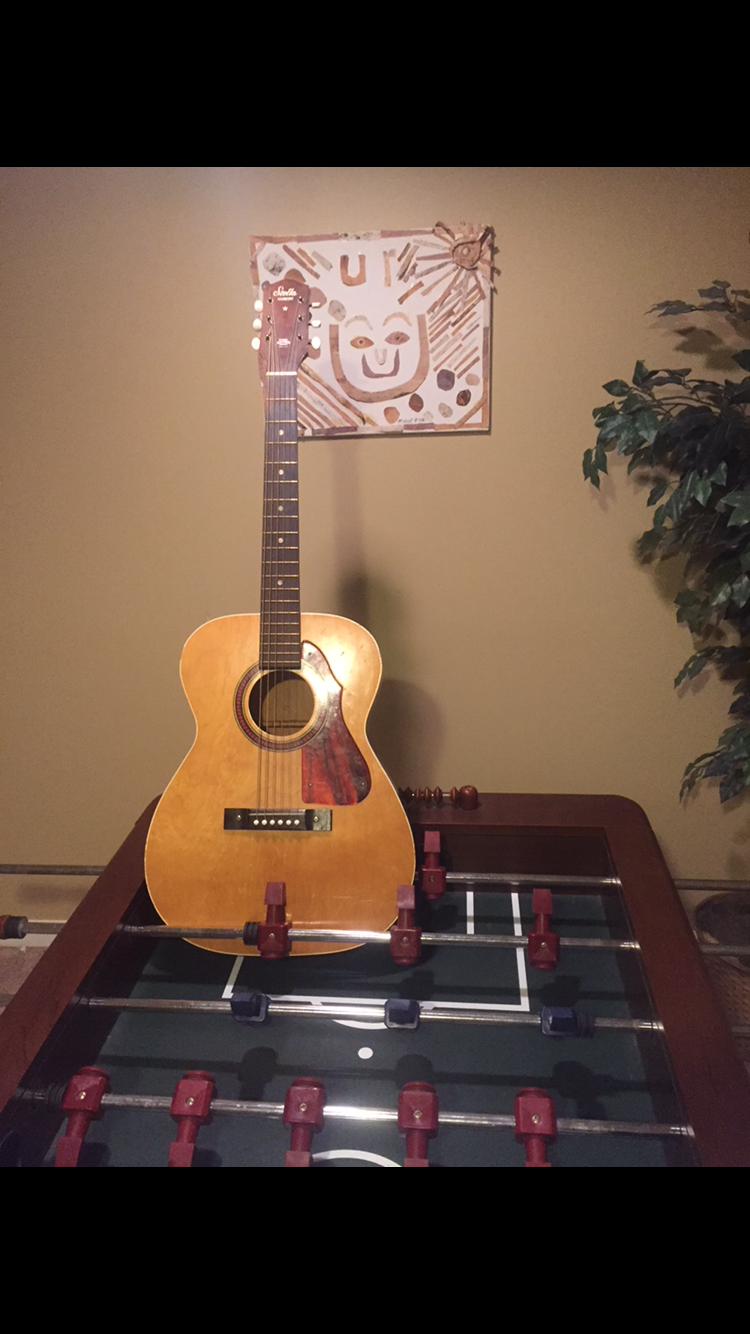 posted on Aug, 14 2016 @ 03:26 PM
link
Wow that's a great story, Love the way you write
It sounds like you two had quite an enchanting adventure! Who is this mysterious luminary?? Looks like I have some googling to do

originally posted by: Starcrossd
Who is this mysterious luminary??

He is more real than you can possibly imagine. You may even know him yourself.

And Google will not help you.

originally posted by: Quantum12
It really got ugly, I played foosball with my guitar and I lost.

Not surprised. Barstar Lumberjerk could have played foosball with his guitar and written a Grammy Award winning love song, baked a quiche, ran a marathon and still kicked its ass 21-0.

The big question is does Barstar Lumberjerk have a basement he can use undisturbed?

posted on Aug, 14 2016 @ 03:37 PM
link
He is real but the subject of dreams.
He is in your face yet elusive.
One would think he is mythical
as he defies all laws of reality.
His strength and endurance cannot be measured as
it has no limits.
His ethereal talents for all fine arts are
such that one must humble themselves in his presence.
He is an enigma that we are incompetent to understand.
We must simply learn to live in his light
if he is gracious enough to allow us to bask in it.

Do ya reckon I'd shag him then?

originally posted by: grainofsand
The big question is does Barstar Lumberjerk have a basement he can use undisturbed?

A man of his stature does not need to use a basement, he can do whatever he wants in full view of his adoring public.


originally posted by: grainofsand
The big question is does Barstar Lumberjerk have a basement he can use undisturbed?

A man of his stature does not need to use a basement, he can do whatever he wants in full view of his adoring public.

As I see the sunshine in his dreams all your love and light let him in,
Knowing the who of him is a dream come true.

I opened the door of time and he was in my head playing tunes,
A choice was to keep the door open for eternity.

Once he finished the door closed...

Of course you would, and anyone else in their right mind, he's irresistible.

Of course you would, and anyone else in their right mind, he's irresistible.


Haha no, you just know I'm a slut lol

I just didn't want to be the one to say it.

Lol why not?
I like being an honest slut!
No shame here.