Trump in PA, no media filter...

Trump is a showmen, he is expressive, passes a simple message and repeats it, this is highly effective.
Trump has ideas, I would like to see him getting into the details of those ideas...
Trump has empathy with his audience and they swallow a few outrageous things he says because they love other things he says.
Trump does not uses a teleprompter, only a few notes for stats and numbers. This makes him show who is is, I think this is an advantage for us, public.
Trump improvises and reacts spontaneously to comments from the audience.
Trump is proud of having so many people wanting to ear his message.
Trump is going to be america´s next president. If he doesn´t gets killed first. I hope not.

If he is going to make America great again, well its a different world now, the 80´s are long gone but I think that if he actually stops the big companies from moving to cheaper labour countries he might achieve something very important, not only for America but for the World.

I think he is right on one to one trade deals.
I think he is right on taxing heavily the crook companies who want to produce where its cheap, sell where it worths and pay taxes where they are none.
I think he is right on watching the mexican border, mexico is a wrecked country, lawless country. Building the wall, well that wall already exists, its called border! If he is going to actually finish that border wall? In some problematic place perhaps.
I think he is right on islamism, islamism is a cult that that got stuck in time 500 years ago and violently subjects women to a degrading condition. Stoning a person to death !!!! Unthinkable. Unacceptable.
I think Trump is wright when he speaks about the media, the media is another corrupt piece of this puzzle created to turn us into sheep, consumerist sheep.
I think Trump is wright when he talks about how crooked and vicious Hillary is. She has been here all along, always making promissies, always lying, always deceiving. What did you got? Unemployment and a country run by corporations.

Also noticed a very powerful feeling on his audience, I felt like they are thirsty for a revenge against the politicians who governed them in the last 20 - 30 years.

From all that he said I´ll pick what I think will make more difference in our lives which is the taxation with import taxes on relocated companies. I think this is really important and if he actually gets elected and takes this forward, we will see a different and better world pretty soon.

Deny ignorance, for the love of God!!

From all that I wrote, is that what you pick?

"Deny ignorance, for the love of God!!" This is a contradictory phrase.

I don't need to read your wall of text to come to the conclusion whether Trump is or isn't a buffoon.

So yes, stop playing the media for Trumps many, many yuge short comings.

I agree with all of your observations.

Trump consistently fills arenas and stadiums.
The people who are actually listening to the man know that his goal is to help America and Americans.

originally posted by: Swills
a reply to: CrapAsUsual

I don't need to read your wall of text to come to the conclusion whether Trump is or isn't a buffoon.

So yes, stop playing the media for Trumps many, many yuge short comings.

What do you mean with this?

"So yes, stop playing the media for Trumps many, many yuge short comings. "


I don't need to read your wall of text 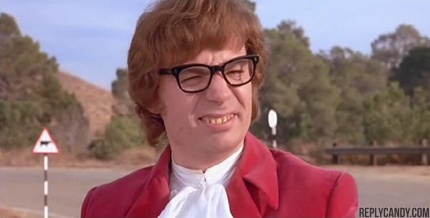 posted on Aug, 13 2016 @ 10:15 AM
link
The Man is a loose cannon that doesn't think before He speaks.Words have meanings.The Trumpfoon thinks he's in a reality show contest..

I see that you are new here.
Welcome!

You will find many Trump supporters here. You will also find intelligent discussion regarding the important issues. But there are also some who just vehemently criticize him and anyone who supports him. If you attempt to debate them, it can be entertaining, but don't expect any of them to stop repeating the same old responses.

If you actually put aside your bias against Trump, and listened to one of his speeches, you'd see that he's pretty much on point.

He also discusses everything media writes about him, and explains what he meant and how it was taken out of context. His speeches are real, unlike Hillary's which are so far out of reality it is not even funny. And I am bringing Hillary because I need to draw a comparison.

some good Russian vodka as a gift from Donald...

posted on Aug, 13 2016 @ 10:20 AM
link
I have listened to Donald J. Trump. I have read his speeches. I have thought about what he says (not what is reported about him), analyzed it, given myself time to consider it.

Whatever his past successes have been (business, entertainment, etc.) the current presentation that Trump is making is of a low-information megalomaniac who comes off (either in person or merely in the written word) as an utterly irrational, unreasonable con-man.

I guess it's working for about 10-25% of the population. The rest of us know the truth.

Whatching his rallies and speeches have made me a fan. Not only that but he has been travelling the country talking to every day Americans, touring businesses, listening to what they have to say. I haven't seen anything like it. He is going to work for the American people, and it's inspiring.

Every little gaff the media picks up on is nothing in comparison to what they don't report.

I must start by saying that until yesterday all I had heard about Trump was from MSM thus heavily filtered and cartoonized. Yesterday I accidentally went to drudge report, I like to read news from all quadrants, and they had a link to the youtube live broadcast from the PA rally. I stayed watching him.

When you see Trump on the MSM news you get the idea that he is a delusional person, often repeating and contradicting himself. Well, when you watch him speak without editing you understand that his way of talking, his style, is very figurative and full of remarks from past situations and short opinions, reactions... If you edit that kind of speech its easy to make the person looks silly because it´s very easy to take things out of context. This is one of the main reasons why Trump works so well with a live audience and so bad on TV.

He says a lot of outrageous things, some of these things were said in a primaries context so they don´t count as real ideas for the future, things like expelling 20 million mexicans and building a 4000km wall, that won´t happen.

Then he has a few new, out of the TPTB narrative ideas that I think should make all anti globalisation, anti NWO or One world Gov supporters cheer.

If he can stop big business from producing where its cheap, selling where it worths and pay taxes where they are none he will change the world in a mater of a few years. A small country doing this would be the ruin for that country but the US doing this, this can really change things.

I agree with the first part of your post but I think he knows what he is running for. He is a showman though.

What "narrow picture" are you blathering about? I watch his full speeches constantly. FULL SPEECHES. Dozens of them. FULL SPEECHES. I read his Tweets. FULL TWEETS. Right on his TWITTER FEED.

His surrogates are EVERYWHERE. Would you like me to list them? CNN even hired his former campaign manager.

Stop making excuses for this clown. He digs his own grave with his YUGE stupid mouth and his own little orange fingers that are constantly tweeting stupid crap.

Narrow picture my ass. Nobody has had more coverage or manipulated the media more effectively by whinning incessantly that he's being "unfairly treated" than Donald Trump — in the history of mankind.

If you actually put aside your bias against Trump, and listened to one of his speeches, you'd see that he's pretty much on point.

Setting aside bias? Trump earns all the "bias" against him.

I watch his speeches all the time and pay very close attention to what he says. The only way I could ever characterize him as being "on point" is if I bashed my head against a brick wall until I lost about 70 IQ points and huffed some spray paint.

I have serious doubts that you have read his speeches, he improvises all the way!

Megalomania has to be attributed after comparing what you have done and what you say you are going to do... For a guy like Trump or many other like Bill Gates, Bezos... The megalomania threshold has to be set a little hight than to mere mortals like us. But he pushes it, thats for sure.

Welcome to the enlightened

I do feel sorry for those who only get their information from MSM. They are being criminally deceived.