posted on Aug, 8 2016 @ 09:57 PM
link
NASA tested a new camera that allows to correctly expose all parts of an image when there are spots much brighter than the rest, like a rocket launch, amazing.

This is footage of Orbital ATK’s QM-2 solid rocket booster test taken by NASA’s High Dynamic Range Stereo X (HiDyRS-X) camera. HiDyRS-X records high speed, high dynamic range footage in multiple exposures simultaneously for use in analyzing rocket engine tests. Traditional high speed video cameras are limited to shooting in one exposure at a time, but HiDyRS-X can record multiple high speed video exposures at once, combining them into a high dynamic range video that adequately exposes all areas of the video image for comprehensive analysis.

HiDyRS-X will continue testing at Stennis, while a second prototype of the camera is built with more advanced high dynamic range capabilities, using data gathered from the past few years of experimentation. The second HiDyRS-X prototype will be made with an improved manufacturing process to enhance the alignment capabilities of multiple exposure settings -- a challenge overcome in the first prototype.

HiDyRS-X not only stands as a game changing technology expected to revolutionize propulsion video analysis, but it also stands as a testament to ECI and the power of determined young engineers within NASA. Seasoned NASA employees and recent hires alike have the capacity to significantly contribute to NASA’s research and development goals. ECI’s emphasis on pairing young engineers with innovative industry partners enables technological leaps that would otherwise be impossible.

This is because HDR imaging acquires multiple images at different exposures and applies digital signal processing algorithms to recombine them into a single image that excludes over- and underexposed pixels to improve image quality. The result is an image with more detail than could be captured by a single exposure. HDR imaging effectively increases a camera’s dynamic range and eliminates saturation

Camera exposure will instead be controlled at the chip/pixel level and then integrated into a high-speed video camera. The resulting HDR capability will be easier to install and operate within the SSC test stands because the entire system will be contained within a single camera;

Previous efforts consisted of multiple cameras taking the image at different exposures and combining, this is a single camera, soon even me will take pretty pictures
edit on 8-8-2016 by Indigent because: messa cant read well at 5am

Too bad stupid threads about how superior members feel because they believe in "climate change" yet know nothing about it really draw far more attention than threads like this that show real progress being made in technology that can be used to give us a better world.

Too bad stupid threads about how superior members feel because they believe in "climate change" yet know nothing about it really draw far more attention than threads like this that show real progress being made in technology that can be used to give us a better world.


technology that can be used to give us a better world 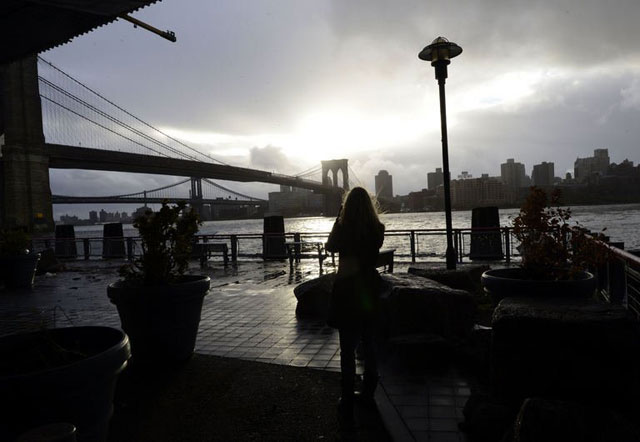 yes we certainly need to see the nuke with this camera. Any chance this thing works on stock footage lol! I would imagine this would display wonder on volcano eruptions and lava flows as well then?? I find it amazing that all that processing is possible in real time.

The even better news is, the majority of NASA's discoveries make it into the consumer market! This camera will be one of those such things, and it will change the nature of photography all together.

props for getting this to our attention. Was this is a solo project by NASA researchers, or were industry experts also involved (Canon, Nikon, Kodak) ?

This will really accomplish wonders.

posted on Aug, 8 2016 @ 10:38 PM
link
Super fancy- this is the sort of thing that got me interested in digital photography over a decade ago.
Lack of it got be back out.

No, it doesn't "work" on stock footage. The whole idea is that it captures more data during recording, which can be used to extrapolate more information.

ick, the beginning of digital photography was absolutely abysmal. Super bright flashes on those cheap Vivitar cameras just made me angry. Its like there was only one flash setting sometimes and it was stuck on "bright enough to blind" , as well as totally saturate the image.

Too bad on the stock footage thing. Noone will be testing nukes out again for at least another 20 years.

Sure, super awesome cams NASA. Now why can't you use them for...you know, actual public stuff.

originally posted by: Indigent
a reply to: roguetechie


technology that can be used to give us a better world

Actually, as an amateur photographer myself, that pic would look pretty much garbage, if all the available light info was recorded. We don't need to see all the details, it would just flatten-out the picture. Light and shade is what we need!

The new cam would be good for technical shots, though.

posted on Aug, 9 2016 @ 01:30 PM
link
a reply to: bonchoI agree with you. I remember one of the early shuttle landings in the early 1980s when they had a camera that picked up the shuttle 100 miles down range. That was over 30 years ago yet they have only just come up with this. I think it's like you said, I think that they have more detailed cameras but don't want to let the public know otherwise they would have to explain just why their photographs are such crap.

originally posted by: crayzeed
a reply to: boncho I think it's like you said, I think that they have more detailed cameras but don't want to let the public know otherwise they would have to explain just why their photographs are such crap.

I haven't got around to it, but I want to do a proper analysis, maybe even hire someone in the industry to review some materials. From what I can tell off-hand though, my guess is they developed software (in the 80s before Clementine launched - DoD NAVY SPc) that smooths the landscape as it processes the imaging data. And they've just improved on it over an over.

There's a sat utility you can use, which allows access to NASA sat data around the globe, and it passes every 5 days on the same spot I think. In any case, you can search image-strips going back a few years, but you get new data as it comes up, instantly (not exactly, but quick!)

Now riddle me this. Do you think they'd allow public access to a system which is lightyears beyond Earth based & even (public) space based spying programs from the cold-war era? Did IMINT suddenly become declassified the world over? Of course not. But when you check out places that are interesting, it seems it always has cloud cover or smoohting effects. Im guessing certain areas are preprogrammed to be obfuscated.

The real question!!! Is whether or not this technology was installed in space scopes, and I think it was. Yes indeed.

I was going to post a comparison of the pictures to prove what Im talking about, but the NASA site is so damn confusing and obfuscated its impossible to find anything. In fact Im going to make a thread on it, bloody irritating.

posted on Aug, 11 2016 @ 04:11 AM
link
Well for one thing they don't tend to just take consumer model cameras and ship them to orbit. They have to be modified and tested to be sure they don't spontaneously catch fire.

The moon's sharpness is dictated by the atmosphere and the optics, mostly by atmosphere.

Issue i think is that you guys need to do some research into actual camera systems, and not do what you appear to be doing which is "OH wow that camera that is $50,000 is so cool... they should have that for every camera" or the fallacy that simply purchasing the biggest camera lens will give you the best images for every application.

The ISS camera i suspect (without actually lookng it up) is mounted outside the ISS... meaning already that most of the effort is going into operating a device in hard vacuum, remotely, without any of its components going wrong... Cannot mount a standard camera lens we would use on earth in vacuum... too much oil.

just a few ideas...Also for the camera system it would probably just be a collaboration with Sony / panasonic since they tend to actually manufacture the CCDs, Optics wise... no idea, probably doesn't matter all that much, each of the consumer lens manufacturers produce equal products.