8/14/2016 - Remember The Cube That Was Placed On The Georgia Guidestones, Then Removed?

Remember the cube that was placed in the empty notch in 2014? 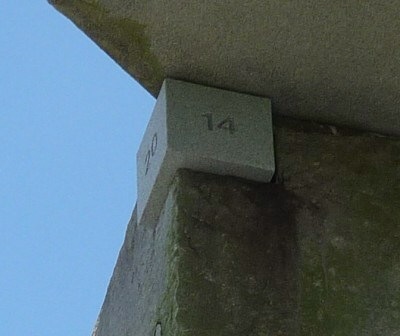 When removed, it was revealed to have inscriptions on all sides -

Because the cube was somehow placed in this notch in 2014, and the visible inscriptions were 20 & 14, it was assumed something relating to the inscriptions, of great catastrophic nature (in order to get the world population down to that magic number 500,000,000) would happen in 2014. Obviously, nothing happened...

If those inscriptions are arranged a different way, you can end up with

As for the other inscriptions, many have come up with

And, why not, considering the type of monument constructed.

This is a video from 2014, where a city worker, in charge of keeping the monument clean, arrives at the sight, removes the cube, and destroys it-

Notice what he says towards the end, before he starts smashing it - "We have the original", interesting.....

Now, what else significant is happening around this date, this date which is only 8 days away from us right now?

. On this day both Jewish temples were destroyed, the first in 423 BC and the second in 70 AD. On the 9th of Av in 135 AD 500,000 Jewish people were slaughtered by Roman soldiers in the city of Betar.

Where could such a huge event affecting all of the world happen on this date? The Summer Olympics in Rio, of course. On Sunday, a day of worship, in a 74 % Christian city, with all of the eyes of the world upon it.

Something else to take note, an Israeli Security team is handling security at the Olympics, ISDS-

Oh well, could just be another date too, just like all others that have come and gone.

Something else to ponder, a rare opportunity to see 5 planets in the night sky, happening on 8/14/2016-

When will we see all five planets together again? We’ve had a number of people ask us when the next presentation of the five visible planets in the same sky will take place. It will be possible to view all five in the evening sky – very briefly – from about August 13 to 19, 2016.


“The year of the great seventh number accomplished,
It will appear at the time of the games of slaughter,
not far from the age of the great millennium
when the dead will come out from their graves.”

The games of slaughter???

I'm sure there is more to look at, but it seems to all fit together.

Well this is a fine howdoyado!

But I have to ask, why would such evil people telegraph their intent?

And if it is a warning, why not just spell it out?

Seems we have some Batman evil-doers to deal with!

Ive always been interested in the Olympics... always try to watch and if im in country try to catch and event...

This time.. nope... especially after seeing the "refugee" team... coupled with the security issues and the water problems... seems tailor made for something bad to happen.

ETA: my concern with the refugee team, is after the whole hear warming story angle is played all over... seems like a solid situation for a repeat of a Munich type attack.
edit on 6-8-2016 by Irishhaf because: additional thought

My old coach is there as an assistant to the US track team, so I have a personal connection to the games still. In the past, it's always been merely a bit of cool trivia. This time, I am worried.

originally posted by: DBCowboy
a reply to: Signals

Well this is a fine howdoyado!

But I have to ask, why would such evil people telegraph their intent?

And if it is a warning, why not just spell it out?

Seems we have some Batman evil-doers to deal with!

These evil people always telegraph their intent, it is a part of their sick ritual, to rub it in our faces. "Hey, here's what we're going to do, and you cannot stop it". I think they believe it gives them more power.

Yikes... Ill keep hoping its only my paranoia, and everyone makes it home in one piece.

Some other important events that occurred on that date...

A major power outage never seen before across the Eastern United States and parts of Canada and including New York with over 15 million people affected . The total number affected is thought to be the worst power cut in North American history affecting more than 50 million.

The effects included traffic lights failed, underground railways, people trapped in lifts, and because it was one of the hottest days of the year and temperatures approaching 32C some of the worst effects were caused due to the lack of air conditioning.

August 14, 1945 - It was announced that Japan had surrendered unconditionally to the Allies, effectively ending World War II.

August 14 1480 – Battle of Otranto - There was a mass execution on that date after some hardcore Christians refused to convert to Islam.

St. Antonio Primaldo and his companion martyrs, also known as the Martyrs of Otranto, were 813 inhabitants of the Salentine city of Otranto in southern Italy who were killed on August 14, 1480.

The mass execution is often explained as taking place after the Otrantins refused to convert to Islam when the city fell to an Ottoman force under Gedik Ahmed Pasha.


August 14, 1941 - After three days of secret meetings aboard warships off the coast of Newfoundland, the Atlantic Charter was issued by President Franklin D. Roosevelt and British Prime Minister Winston Churchill.

The Charter, a foundation stone for the later establishment of the United Nations, set forth eight goals for the nations of the world, including; the renunciation of all aggression, right to self-government, access to raw materials, freedom from want and fear, freedom of the seas, and disarmament of aggressor nations. By September, fifteen anti-Axis nations signed the Charter.


August 14, 1826 - The day that Freemasons and their secrets were exposed to the public (opinions will vary).

August 14th is a day that means a lot to Freemasons. They HATE that day and for good reason. The first true public enemy the Freemasons had was William Morgan. Long story short, this man had access to secret Freemason rituals and materials and planned to make them public.

He planned to expose the Freemasons via a book called “Illustrations of Masonry, By One of the Fraternity Who Has Devoted Thirty Years to the Subject”. He obtained a copyright for this particular book on August 14th, 1826. Shortly afterwards he was murdered by Freemasons. This led to the Morgan affair which led to the Antimasonic Party.

To this very day, Freemasons loathe the date August 14th. They see it as the point at which society at large turned against them. What better day then, for the Freemasons to enact their revenge? To turn against society? And thus we have the date of the 2nd cube being: 8/14/2016.


I'm not sure if the above dates relate to your OP, but I'll see if I can make a better connection to Rio and the Olympics. Thanks for giving me something fun to research!

a reply to: Signals

I am ready, confessed my sins and paid my dues, so let's JAM! (Judicie Anno Mundi)

If you don't get the joke read Vasa Croes excellent thread about it.

Asktheanimals
+16 more
posted on Aug, 6 2016 @ 02:48 PM
link
It happens to be my wife and her best friend's birthday.
Her best friend's husband is also one of my best friends.
We always cook up something special (he being a chef) and make a pilgrimage to the mountains for a picnic.
If the world is going to end I will be in good company with great food.

My husband is absolutely convinced something is going to happen at the Olympics...

Me? I think nothing will at least no terrorist activity.

Why? Because too many people are expecting it.. Therefore it won't happen then. Too many people watching, recording with their phones, too many people to be able to pick apart the story.. If anything then maybe shortly after but not during..

originally posted by: Peeple
a reply to: Signals

I am ready, confessed my sins and paid my dues, so let's JAM! (Judicie Anno Mundi)

If you don't get the joke read Vasa Croes excellent thread about it.


Excellent thread, I was not aware of it, more info about the first cube/fakes etc.

posted on Aug, 6 2016 @ 03:08 PM
link
Interesting webpage about the Stones/Cube, and who they think was the mastermind behind the Stones.

Some couple did it for their wedding.