page: 1
23
<<   2  3  4 >>
log in
join
share:
Willtell
+3 more
posted on Aug, 1 2016 @ 10:37 PM
link
In the recent democratic election many speakers blasted Trump. No, I’m sure the vast majority of those speakers from Michael Bloomberg to Khizr Khan, as they were expected to do, blasted the GOP nominee Trump, since it was the democratic convention.

Trump, of course, went to the Alex Jones, Roger Stone and other known bigots to smear Mr. Khan and his wife by suggesting she wasn’t allowed to speak because of Islamic customs and further blacken his own reputation as an ignorant bigot himself along with the depraved temerity to mock a Golden Star family. Also Trump and his friends have suggested Khan is A Muslim Brotherhood militant...
www.thedailybeast.com...

In doing this Trump has broken the number one cardinal rule of what NOT to do in any political campaign: never criticize a Golden Star family. Golden Star families are politically untouchable, since they represent the ultimate sacrifice of any American family.

This hearkens to what Trump did a month or so ago with the Mexican judge whom he claimed wouldn’t be fair because he was Mexican...Now he says Khan is mad at him because he Trump will try to keep out Muslim terrorists. This is a clear slander and smear of Khan and will cause him and his family grief in that he is now receiving threats from bigots.

Indeed, Trump continuing to latch himself to these stupid, clearly self-destructive, massive political blunders is starting to look almost like something done by design

The question remains, is Trump really this tin-eared stupid-ass or is he in actuality deliberately trying to lose this race as a Hillary shill.

What Trump has done here just makes no logical political sense. Or maybe Trump is just the immature political neophyte who can’t control his emotions.

So what does the Khantroversy prove?

Trump is a Hillary shill

Trump is a stupid ass

Or Trump is an emotional juvenile

I read where leftists wanted to beat the mother of the son that died in Benghazi.

And now everyone is weeping for Khan?

Long list with his law firm and political establishments.

Khizr Khan, the Muslim Gold Star father that the mainstream media and former Secretary of State Hillary Clinton have been using to criticize Donald J. Trump, has deep ties to the government of Saudi Arabia—and to international Islamist investors through his own law firm. In addition to those ties to the wealthy Islamist nation, Khan also has ties to controversial immigration programs that wealthy foreigners can use to essentially buy their way into the United States—and has deep ties to the “Clinton Cash” narrative through the Clinton Foundation.

Khan and his wife Ghazala Khan both appeared on stage at the Democratic National Convention to attack, on Democratic presidential nominee Hillary Clinton’s behalf, Donald Trump—the Republican nominee for president. Their son, U.S. Army Captain Humayun Khan, was killed in Iraq in 2004. Khizr Khan, in his speech to the DNC, lambasted Donald Trump for wanting to temporarily halt Islamic migration to America from countries with a proven history of exporting terrorists.

Since then, Clinton operative George Stephanopoulos—who served as a senior adviser to the president in Bill Clinton’s White House and is a Clinton Foundation donor as well as a host on the ABC network—pushed Trump on the matter in an interview. Trump’s comments in that interview have sparked the same mini-rebellion inside his party, in the media and across the aisle that has happened many times before. The usual suspects inside the GOP, from former Florida Gov. Jeb Bush to Sen. Lindsey Graham (R-SC) to House Speaker Paul Ryan to Senate Majority Leader Mitch McConnell to Ohio Gov. John Kasich, have condemned Trump in one way or another. The media condemnation has been swift and Democrats, as well their friends throughout media, are driving the train as fast as they can.

So what does the Khantroversy prove? Trump is a Hillary shill Trump is a stupid ass Trump is mentally unhinged Or Trump is an emotional juvenile

One doesn't need the political hatchets all the time

Too long and too much of it


Trump has got everybody but the pure political hacks against him on this so it’s a massive political blunder…
Why?

originally posted by: Willtell
a reply to: Gothmog

Too long and too much of it

Its called . they finally found someone that would sell their morals for money. I guess the Rs wouldnt pay them enough to go the other way with the speech


Actually this Breitbart - ‘I Was Just Joking’: Media Apoplectic as Khizr Khan Attack on Donald Trump Goes Down in Flames
edit on 1-8-2016 by Granite because: Correction
edit on 2/8/16 by JAK because: Page distortion - url code correction

Ha, the truth about why Trump chose khan is not what you were expecting, the man is a disgrace to his hero son, yes the hero is the death son, he and his wife are knee deep on Hillary foundation scam.

The truth comes out, who is the bad and the ugly now.

The truth is that Trump with his cruel antics is giving Hillary a run for her life and her change to the white house.

posted on Aug, 1 2016 @ 10:55 PM
link
I am going to get a little serious here with just one question
Which group was the son battling against when he was killed ?
No devil nor Peace this time around.

posted on Aug, 1 2016 @ 10:55 PM
link
While I feel bad for the son the parents lost it's interesting to note that not only was their son used as a pawn, but the parents were as well at the hands of the DNC. Sad that some can't see this.
edit on 1-8-2016 by Nucleardoom because: (no reason given)

posted on Aug, 1 2016 @ 10:58 PM
link
Maybe Trump just says what he thinks, uncensored. Maybe that's why he has made it so far. Because people want to hear more uncensored truth. Even if it stings our sensibilities. Trump was civil, just not "respectful".

posted on Aug, 1 2016 @ 10:59 PM
link
Its such a circus. I heard the comments Trump.made they didnt seem too terrible to me. Considering other things done recently, like Hillary committing treason, among other high crimes. The funny thing is in a few weeks the truth will.come mainstream and once again, Trump will be proven correct, that this Kahn guy has nefarious ties, and the dnc and clinton will have egg on their faces again. Its sad they had to walk this guy out there on the premise of his dead fallen soldier son. Its sad they would pull on the heart strings of the families of fallen vets for the dnc's gain and to try to smear Trump with. That should be the real outrage. Sheep...

originally posted by: marg6043
a reply to: Willtell

Ha, the truth about why Trump chose khan is not what you were expecting, the man is a disgrace to his hero son, yes the hero is the death son, he and his wife are knee deep on Hillary foundation scam.

The truth comes out, who is the bad and the ugly now.

The truth is that Trump with his cruel antics is giving Hillary a run for her life and her change to the white house.

posted on Aug, 1 2016 @ 11:07 PM
link
Hey Willtell:
I rarely participate in any political conversations, because I firmly believe it is simply theatre, no more and no less.
Like television.
It's meaningless.

However, I am in my fifties, and I've seldom seen an election that called for a "none of the above" vote quite like this one does. Does that mean the final breakdown of "democracy?" Perhaps. We have returning war veterans coming back to America, well versed to respect and adhere to the chain of command, and killing police officers. What does that mean for us? Is it remarkable at all? Yes, I think it is. As much as those officers of peace serve every day in danger and don't deserve what's happened to them, there are still countless videos online of them seemingly killing people they have targeted and detained without due process.....this is a true concern to many of us. Then the fact that those same police officers have been ambushed by returning military vets, whom also sacrificed and served, and come back to a place they don't recognize, after having made a true sacrifice, serving a place they thought was "real".....


I think this is a "kosher" discussion to this thread. It all plays into one thing upon another. Is this going to improve with either of these candidates? I hardly think so.

I can't answer your questions about what Trump is, or what the larger plan may be for what he is spouting. I don't know, sincerely.

But chaos, seems quite apparent.....and for the first time in my long life, and I'm not an alarmist, I am truly concerned for this country.
tetra

Trump, of course, went to the Alex Jones, Roger Stone and other known bigots


You lefites really love to twist things around, don't you? God forbid you take an objective look at reality. 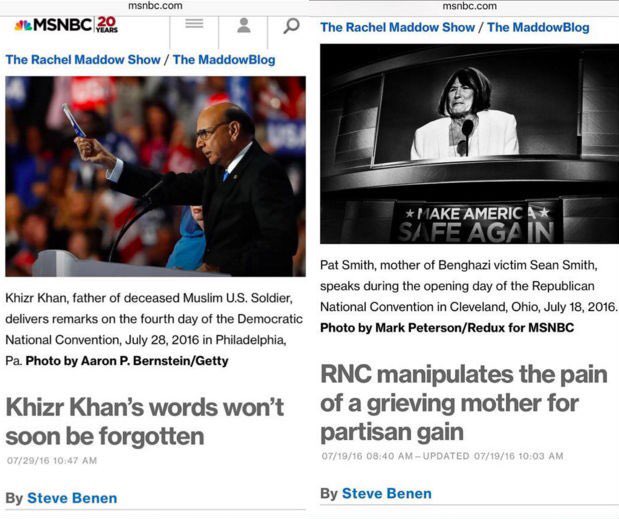 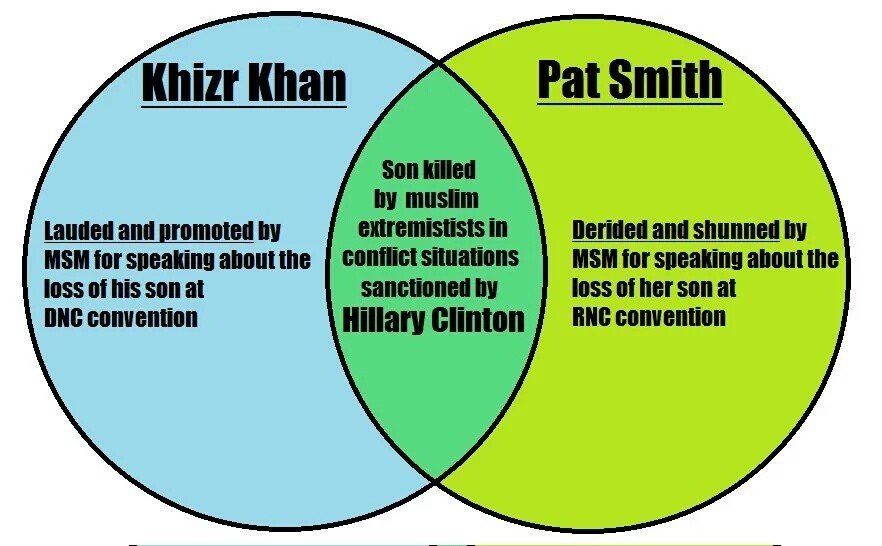 posted on Aug, 1 2016 @ 11:10 PM
link
how many black lives matters peeps think that a black man cannot get a fair trail if the judge is white? Not only is that not racist, but if any whites agree and pass that message along, the get praised.

If you are agree that race makes a difference in law, then Trump only agreed with you, but since he switches races, that's racist. I know it's hard to follow, but liberal logic often times is. here's the rub, Trump said an individual is against him, in part due to the judge's race. if someone blindly said, blacks cannot get a fair shake in a white legal system...throw a part-A. this again is why trump gains votes. sane people can see the lack of logic, and someone has to stop it....

Trump, of course, went to the Alex Jones, Roger Stone and other known bigots


You lefites really love to twist things around, don't you? God forbid you take an objective look at reality.

OK. I'll play... Now that Donald Trump is vying to be the leader America, he should explain why he says things, instead of acting like America is Trump Enterprises. Public servants must explain their statements.

I wish I could hear what Donald Trump is saying on a day-to-day basis at his rallies. When all you get are his sound-bites via these ATS posts, you get the impression that he's really trying hard to throw the election to Hillary. In fact, Trump sounded frustrated when he made that statement about going out and shooting someone, and people would still vote for him.

posted on Aug, 1 2016 @ 11:17 PM
link
Something that's been amazing to me about Trump so far...
He shoots off his mouth like he's some sort of loose cannon, then turns out to be right.
Either he's the luckiest guy in the world, or he has some killer people on opposition research.

This Khan dustup is a prime example.