The Horror of Living in a Swing State

posted on Jul, 23 2016 @ 01:46 PM
link
I literally can't turn on the TV or radio without hearing the bloviating idiot Hillary Clinton's deceptive campaign Ads. My God, it is only July and I already can't watch even a sporting event without seeing her ugly mug.

Wake me up when November ends.

posted on Jul, 23 2016 @ 01:55 PM
link
I quit watching sports a few years ago when my gf opened my eyes to the fact that they're like watching one long commercial with some roided out action in between. I listen to public radio produced out of the university of Pennsylvania. No cable, just Hulu and Netflix.
The only time I hear about campaigns is on ATS. And I can decide if I want to click on threads or not.

Sorry you're inundated with ads. Only three and a half more months...you can do it

Don't you at least tune in with antenna once in awhile?? I have no done cable ever in my 12 years as an adult. Its only ever been antenna, and then we got Netflix a few years ago. I like to tune in to the broadcast because at least it keeps me current.

Hillary should just go take a throne in Saudi Arabia where she will continue to be showered in money for spreading lies. Maybe they can stone her for being raped while she claims to speak for women showered in that Saudi gold? 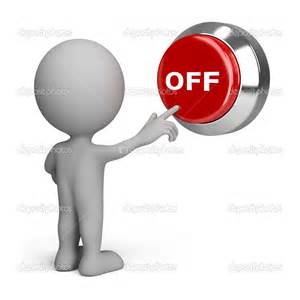 I shouldn't have to isolate myself from all TV and radio for three plus months because she sucks. They should run a content advisory before her ads. Something like "the following images may be disturbing to some viewers and may in fact cause nausea and vomiting".

Nope. I can get weather information from internet, word of mouth as to local crime and other events from Facebook, and enjoy the silence of the stuff "they" want you to hear.

I usually hate the whole campaign season, but I'm actually paying very close attention to this one. This one has divided America the most so far in my opinion. While division is a bad thing for the nation, it reveals the true colors of the citizens.

We live in WA. I bet if either of us actually watched TV we still wouldn't see anything. It's in the bag for that bag here.

Hey, have you noticed that there are basically no bumper stickers or yard signs? I've seen a handful of Bernie bumper stickers, and like one or two Trump/Hillary. I feel like everyone is just embarrassed.

It won't end in November.

I truly feel you pain and angst. I can't imagine the horror of having to live in a swing state.

In Texas where I live, we only get a faint taste of it. Neither candidate will waste time campaigning here; there will be a few tv ads in November.

But its already the case I can't watch any of the national news outlets; CNN has become "Clinton News Network"; Fox is just.............confused as it appears they secretly hate Trump but have to play along; MSNBC is like Salon on TV.

Its awful; and its gotten worse the last two weeks with Obama having been on the TV practically every day.

I hope you survive it; I know one thing, if their supporters came door to door I'd be throwing rocks at them.

But I think some of that has to do with fear; people here are afraid of their political opposites and don't want their homes torched or they're cars keyed or worse. And of course, the cities are basically off limits.

originally posted by: Domo1
a reply to: schuyler

We live in WA. I bet if either of us actually watched TV we still wouldn't see anything. It's in the bag for that bag here.

Hey, have you noticed that there are basically no bumper stickers or yard signs? I've seen a handful of Bernie bumper stickers, and like one or two Trump/Hillary. I feel like everyone is just embarrassed.


Come to think of it, you're right! The only signs out are for local races or Congressional ones. We're really isolated here in the Soviet of Washington.

TV ads are targeting the IQ=100 people by constant repetition. They watch a tremendous amount of TV and they will hear this stuff over and over and over again until they believe in Big Brother. Elections are rarely won by an electorate that carefully considers and weighs the issues.

So, Metallicus, I think your warning sign is a good idea, and no, you really shouldn't be subjected to all that, but the fact is, you are. The one solution is to turn off the B00b Tube and also,m hang up on Rachel from Card Services!

No more or no less than any other who preceded her...
Hell, I have hardly a clue of what Barry has done for the past three years unless I click on a thread here.
My life hasn't changed.
I take that back. I'm much happier being blissfully unaware of banal "news" that doesn't affect my life. I'm not as angry since I quit worrying about politics, hell, they're all the same. It's just every few years they have to throw a bone in one direction and make a lot of press about it to keep the herd happy. They're all scumbags and crooks. Always will be. The system is set to keep it that way.

I just enjoy watching the # show now. And how funny it is that people get so upset about it when they have no ability to change it.

posted on Jul, 23 2016 @ 03:06 PM
link
Well Florida is like THE swing state, and I do see the Hillary ads in the occasion I see whats on Antenna. Does offend me dearly. But Out in the streets, its like people out here barely even realize there is about to be an election, kinda like any other day.

I don't disagree with you.

And for the most part, I've not given politics too much thought in my life.

"If you leave me alone, I leave you alone."

posted on Jul, 23 2016 @ 03:53 PM
link
DVR is my friend, especially with sporting events. zippy-zing! through all the commercials. I will watch NASCAR or MMA in real time, as the commercials tend to be mostly for related products and mostly devoid of politics.

Just think November instead of September.

Sadly, we are all going to be seeing the hags face for at least the next four years. I still don't see any way she doesn't win since she is the only NWO candidate in the election.

We're in the same state, it's pretty bad. Fortunately I don't watch much TV but the ad's just seep into every aspect of your life.