Man Threatens to Shoot Officer In Head Over Pokemon Go, Is Tasered Into Compliance

posted on Jul, 22 2016 @ 03:11 PM
link
So a bunch of people were playing Pokemon GO after hours at Ballast Point Park. All our parks close at ten pm. Neighbors called the police to complain about the ruckus. They try to shoo them away, but David T. Mastrototaro-Baermude just was not having it and threatened the officer for ruining his game. 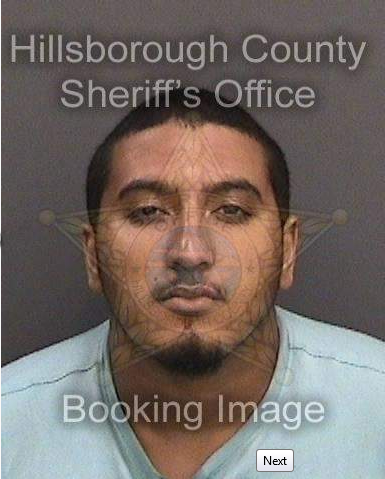 get shot, bullet to the head nigga!


TampaBayOnline
Tampa police said about 150 people were in the park after it closed at dusk Thursday. Neighbors complained about how many still were there at 10:30 p.m. Police arrived and asked the players to leave.

Police said the crowd obliged, except for David T. Mastrototaro-Baermude of Tampa. He now faces charges of resisting arrest and trespassing.

Another Pokémon Go player, Carlos Leguen, captured the confrontation between Mastrototaro-Baermude and police on camera. With two video clips posted to Instagram, Leguen wrote that the disgruntled player told an officer “he will shoot him the head.”


They were even going to let him go after a female relative shoved him into the car and tries to apologize.


The camera cuts off as he sits in the car. Police spokeswoman Janelle McGregor said as his relative spoke with the officer to apologize, he got out the car, walked toward the officer and started making threats.

He refused several orders to leave, she said. Police said they tried to arrest Mastrototaro-Baermude but he “grabbed an officer’s arm and pushed off.” He continued to resist further attempts to arrest him, police said, nearly pulling an officer to the ground. After this, an officer used a Taser, according to police.


So like, Tampa cops can be very patient, but that must not be perceived as weakness. They will not put up with a constant stream of threats after giving you an exit strategy from arrest.
This idiot was handled with care by a very professional officer that kept his cool and remembered his training. Our officers are also very community involved and don't really maintain this us vs them mentality.

Don't make death threats to cops over a video game after they give you multiple opportunities to walk away free. Tampa cops are awesome.

Get ready to be [bleeped] by the long [bleep] of the law, buddy!


In text accompanying the videos on Instagram, Leguenn wrote that the distraught player “ruined it for everyone” who was there for a night out to catch rare Pokémon.


Of course, public parks that close at ten are not the right place to do this.

Police have this advice for Pokémon Go players: Pay attention to the surroundings, don’t trespass, be cautious of strangers, make yourself visible at night and don’t play and drive.

“We’ve responded to complaints in the past of people trespassing in the (Ballast) park for the purpose of finding Pokémon,” McGregor said.

Two weeks ago, Largo police warned in a news release of “a bunch of trendy zombies following a mystical GPS device” at a local park where people were playing well past its 10 p.m. closing time.

As of Friday morning, Mastrototaro-Baermude was being held in Hillsborough County Jail on $2,250 bail.

I guess the cops have their own app.

'you encountered an idiot, you used Taser...it was very effective! You have captured an idiot!'

I'm sick of hearing about this 'video game.'

I caught an ekans in my chicken coop not 20 minutes ago. lol
My daughter and I are having a lot of harmless fun with this game. Don't worry. The hype will die down.

originally posted by: Bennyzilla
But did he catch any good Pokemon?


Yes he did.. The one named Cellymatey.

Actually he caught 70 cellmates. The Faulkenberg road jail is still where everyone is transported to , and they utilize the open dorm style bunking system that is more popular in crowded municipalities. When Orient road is done with upgrades, then it will house inmates again in rooms of 2-3.

One time is all it ever takes.

Old school is gonna work its way back around the block sooner or later.

his cousin or sister or whatever agrees with you.


“Your ... mother needs to teach you better,” she told him before demanding he get in the car.

Being confrontational is the way many of these young people are today. I think a lack of discipline and consequences make them think they can mouth off to anyone without someone knocking the chip off their shoulders. My parents knocked the chip off my shoulder many times when I was growing up. So I quickly learned mouthing off resulted in painful consequences and being grounded for a week.

posted on Jul, 22 2016 @ 04:42 PM
link
a reply to: AmericanRealist
Wonder if David T. Mastrototaro-Baermude thought the police released a Pikachu on him, should have throw a pokemon ball from his phone, sorry couldn't help it.

Maybe he saw a mewtwo?

Only reason to drive a man this crazy.

Great! I was going to take My lovely Wife down to Tampa to the strip joints and "maybe" the fun club for Her 53rd Naming Day but if they're going to be protesting in the streets, that'd put a wrinkle in things... The Retired cop ID can only go so far...

Maybe there will be something bigger next week, somewhere else...

Edit: At least nobody has mentioned that this gentleman looks Muslim.... (yet...)

Well kind of what you just did.

I can tell you Mastrototado is definitely an Italian name.
edit on 22-7-2016 by DeadFoot because: (no reason given)

I live about two miles north of Ballast Point near downtown Tampa and I am quite familiar with the attitude that local Law Enforcement have towards 'threatening' behavior from a suspect.

I can tell you that the police in Tampa are, for the most part, very well trained in not using 'lethal force' when it is not necessary. This is clearly demonstrated in the video, although I'm not sure how I feel about using the words 'I'll light you up again' in reference to a taser being used on a suspect.