I'm in the mood to make another map this week.. And I'm looking for safe places ..old secret war bunkers.. Not really the big ones that we all know about, but maybe smaller, less known safe passages/bunkers that you could hang your hat at for awhile if ever a need occurred to use one.

Old train stations, safe houses, ... anyplace somebody could go if TSHTF and they ever needed to stay there a short time..

Maybe it's the state of the world, maybe it's my active imagination or maybe I just need some security in knowing that wherever I go, I'll have a safe place to run to should the Zombie apocalypse or some other weird, never thought it was going to happen, event occur.

As in my profile pic..I have found one maybe some of you knew about...as an example of what I am looking for.. 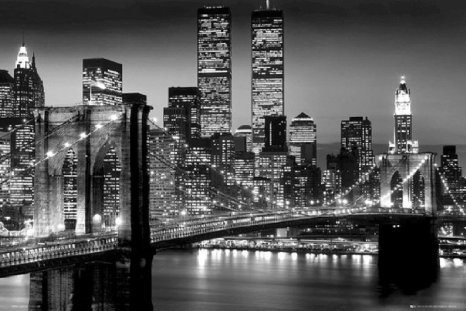 The Brooklyn Bridge has a secret bunker that already has survival stuff stored in it. It is fully stocked and ready to go if something crazy ever happened. It also has a small area that used to be open to the public but is now closed. The builder of the bridge was hoping it would become an area for arcade and shopping...but that never panned out. So, within the bridge, there are possible housing and food available for someone who is in need of restocking and rest in a survival type setting.

I'll keep the map private..just for people who have the link.. but think it would be interesting and fun to map out these places...and to learn a bit more about the history behind them.

Thanks for any help or suggestions. When I get the map up and running, I'll link it in here.

This Cold War bunker is approximately 30 minutes west of Calgary, Alberta, Canada. It is in the Rocky Mountains.

I'll add it to the list. It is easy access, abandoned, could be some place to stop and get organized or rest before the next part of your trek.

I'll be adding it to the list. I'm working all weekend, so, this map will be a work in progress. Monday I'll toss the results here.

I'm looking for any places anywhere..not just in the states. Never know where you would be when TSHTF..lol

posted on Jul, 22 2016 @ 08:24 AM
link
A little known tunnel complex in the UK needs a mention, Drakelow has to been seen to be believed. I spent a full weekend there and it was just crazy how big this place is and what still survives there. There is a unused professional kitchen, old 70's and 80's computers. Miles and miles of tunnels with copious amounts of rooms leading off.

The tunnels a former Top Secret underground military complex beneath Kingsford Country Park north of Kidderminster and they where caved out to allow a secure location for vehicle production and aircraft parts during WW2. Believe me if you did not know about this place you would walk right by the entrance, it is that well hidden.


Second:
London Underground stations that are unused, Brompton road being one of them, this subject could very well have its own thread as there are a number of unused stations in London.

posted on Jul, 22 2016 @ 08:26 AM
link
Not sure how safe it would be if everyone knows about it already. If SHTF millions will be doing the same thing and going to the same places you are. Best to find a place no sane person would go.

Me too. But now I'm here for the intel.

There used to be shows in that bunker under the Brooklyn Bridge.
I saw the Pixies play there back in the day.
Pretty cool place!

I think its closed now.

Thanks for the links and places. I appreciate you helping out! Add them when I get a minute.

Is ok. We all will be there while you are in your own private little bunker..work well for all of us

Sometimes you are mobile and are not near a place you have planned to go to. It may be worth it to know that there's another place near you..That's all I'm saying.. is good to know where these places are. Whether you use them or not is up to you. You might just head in the opposite direction.

Sorry for the confusion..I guess you could go to one of these places if you needed some alone time?

posted on Jul, 22 2016 @ 08:36 AM
link
What is a good way to find things like this in my surrounding area? Are there places were they would be searchable and registered, Or maps archives etc. Like a search engine for bunkers and shelters?
edit on 22-7-2016 by Tjoran because: (no reason given)

When I read the title I thought it was going to be a list of places I could go when people were triggering me.

I think ATS is working on a forum for that.
The Safe Space Forum will be a place that people can go and post things, but a long list of words and phrases will be not allowed.

- Thank you and have a very nice day

originally posted by: blend57
Sorry for the confusion..I guess you could go to one of these places if you needed some alone time?

I actually like this much better, I think the premise is very cool.

I self identify as a platypus.

I am unsure..I stumbled on the first one I found and decided it would be fun to create a map of them. But I know there are some really, really good web researchers out there on this site.

They will be along hopefully to answer this for you better than I could.

Thanks for the interest!

Off to work... be in and out periodically to check and respond if I can. Thanks to anyone in advance that takes the time to give me a link to a place.

Thanks for the links and places. I appreciate you helping out! Add them when I get a minute.

Is ok. We all will be there while you are in your own private little bunker..work well for all of us
Thanks, blend57

No, no bunker for me. I will be at home until I run out of ammo or die. Life won't be worth living if things deteriorate to that point anyway.

I don't know if this fits your bill or not but I offer it up for your consideration:
www.houstontunnels.com...

Then, there's a huge underground cistern:
blog.chron.com...
(warning, that link is to a really janky website that takes about 10 minutes to load.)

Finally, there's a tunnel system under "old" Downtown Houston that's very difficult to access; it linked Buffalo Bayou with the Magnolia Brewery, then over to the Spaghetti Warehouse restaurant and then north up to Market Square. Quite interesting with large open spaces that had been basements of old buildings.

Not sure how safe it would be if everyone knows about it already. If SHTF millions will be doing the same thing and going to the same places you are. Best to find a place no sane person would go.

A better idea might be to prepare your own bunker out somewhere it isn't likely to be discovered. And although I don't have the inclination, becoming a wilderness survival expert would come in very handy.

I'll die in the first wave, and that's okay by me.

That said, Kansas City has miles of old salt mine tunnels - as does Hutchinson, KS.