Thermoelectric and Magneto-Caloric Effect to Cool the Exhaust in the new B-21 Stealth Bomber!

Sorry, but this is just silly.

With all heat pumps you are ultimatively limited by Carnot efficiency. This means with any active cooling you are producing additional heat.

originally posted by: moebius
a reply to: StargateSG7

Sorry, but this is just silly.

With all heat pumps you are ultimatively limited by Carnot efficiency. This means with any active cooling you are producing additional heat.

Indeed you are correct! Almost all heat pumps
ARE in fact inefficient on an absolute real basis,
BUT in this case the inefficiency seems to be
accounted for and modelled to obtain a specific
movement and storage and/or recirculation of
heat for a given period of time.

It was EMPHASIZED to me that large ceramic-plate
and/or ceramic blocks and DOUBLE-walled ducting
are THE KEY COMPONENTS to making this all work.

I am NOT a thermodynamics engineer (computer science)
BUT I do have enough low-level knowledge to know that
with enough simulation and modelling almost ANY GIVEN
thermodynamic scenario can be obtained and accounted
for. I should ALSO NOTE that specific documentation links
given to me indicate some very real research and development
HAS been completed on such systems and that actively deployed
systems for heat-sink based cooling is a been-there-done-that item.

In my opinion, I believe that Magneto-caloric cooling would be the easier
system to finally deploy but would have been VERY HARD to initially
design and model on computers. Peltier effect is a much OLDER and
therefore well known and well-understood cooling technology so
I am expecting that soon enough some commercial aircraft applications
SHOULD be coming forth soon enough from Pratt & Whitney and
General Electric. If that happens within five years then it would
generally confirm that "Black Budget" applications would have
been in the pipeline for AT LEAST 10 years or more!

I should note I do respect your science and understand
your reticence about such technology. So I must counter
with the caveat that the time period in question is
for ONLY between 12 to 24 hours. That is the target
time period where heat must be moved and stored
on an internal basis so as to REDUCE infrared emissions
signature from a relatively large fast-moving aircraft.
There would be a combination of heat pumps, heat sinks,
outer skin and other electronic/mechanical systems
designed to enforce that short time period of
pre-modelled thermodynamic scenarios.

If this was a long-term day-in/day-out cooling system
i can DEFINITELY SEE THE PROBLEMS but since we are
talking ONLY about 12 to 24 hours at a time, I think
it is VERY POSSIBLE the specified heat storage
requirements can be met.

You haven't heard because they don't do it.

Peltier modules are painfully crappy and hideously inefficient. They require a huge amount of electrical power. And in the end, they don't 'create cold', they just move heat around, and add about 2x (at best!) the heat in electrical energy.

So you would not only have to be rid of the engine heat, you'd have to pump in 2x the exhaust thermal energy and then dispose of the total ANYWAY. So it doesn't make sense. Sorry, you can't create cold and make the engine heat go away, doesn't work that way.

Now you CAN take some of the energy out of the exhaust by laying a magnetic field across it and finding something to do with the electrical power you get. I leave it to the imagination as to what. But the energy still has to go SOMEWHERE, it doesn't just cease to be.

originally posted by: anzha
a reply to: Bedlam

True. Sometimes you can take some of that energy out and use it in the front end of the engine in creative ways.

And sometimes you COULD, and I stress COULD, do something clever to squirt that energy elsewhere, that's not down or out.

Use the electricity elsewhere? I bet i can make some good guesses as to for what.

Um...they finally took up my proposal to add a Bang and olufsen entertainment system for the pilots liesure on those long missions and flights? Thats my best bet.

Use the electricity elsewhere? I bet i can make some good guesses as to for what.

Um...they finally took up my proposal to add a Bang and olufsen entertainment system for the pilots liesure on those long missions and flights? Thats my best bet.

I think he's talking about creating a charged plasma to shoot out
at the front of the plane or by the wings to create a plasma sheath
for either radar stealth or as a "Virtual Wingform" to move air out of
the way to get increased speed. You MAY ALSO be able to inject the hot
exhaust into the outside of the aircraft to create a virtual SCRAMJET engine.

Just as an aside, the Peltier coolers on my GPUs (graphics cards)
SEEM to be working GREAT so in terms measured efficiency they
may be "impractical on paper" but in absolute terms they get those
VRAM chips and GPU chips to well below 50 C so I would say on a
personal basis that Peltier cooling SEEMS to work quite well!

I do agree however that Magneto-caloric cooling seems
to be THE WAY TO GO for large-scale high-efficiency cooling
and it LOOKS LIKE it might be adaptable for aircraft engine
and exhaust cooling purposes.

And again, it seems that a large "Heat Sink" thermal energy
storage system made up of a ceramic composite SEEMS to be
the KEY ingredient to making either Peltier or Magneto-Caloric
cooling work for aerospace applications.

I even read that peliter cooling was able to get down below 10K in experiments.

I would think that peltier cooling is a novel approach here and should do very well.

originally posted by: grey580
Oh and what companion plane are they talking about now?

I've had hints from DIFEFRENT SOURCES that
there might be THREE currently active deep
penetrator designs:

One codename being bandied about is Minotaur
but I have NO FURTHER INFORMATION on that....!!!!

Green ladys mission is not the same as the companion.

thanks for the info.

I kind of got the feeling that it was different.

Confused for a bit there.

originally posted by: BASSPLYR
a reply to: grey580

Green ladys mission is not the same as the companion.

Then I am going to take a wild guess that the Green Lady is the Pumpkin Seed
Scramjet or PDWE recon near-space craft and the deep penetrator (Minotaur?)
is the ECM companion craft....

Peltier or any sort of cooling doesn't make cold. It moves heat.

And it takes energy to move heat, and that energy ALSO appears as heat in your heat dump.

So if I wanted to move a steady flow of 30W of heat from my cold side to the heat sink, it will take 100W, say, to do it. On the hot side I now have to get rid of 130W of heat. It won't go away. It just moves elsewhere and gets worse.

originally posted by: darksidius
Stargate where do you find the drawing of your concept ? By information ? or is it your concept ?

Industry sources sent ROUGH drawings which I cleaned up in Corel Draw
and added in specific features indicated and outlined to me by
those aerospace industry contacts. Some people have said a
FEW of my drawings were fairly close to working secret aircraft.

not sure if these were accurate or not. it's been a while 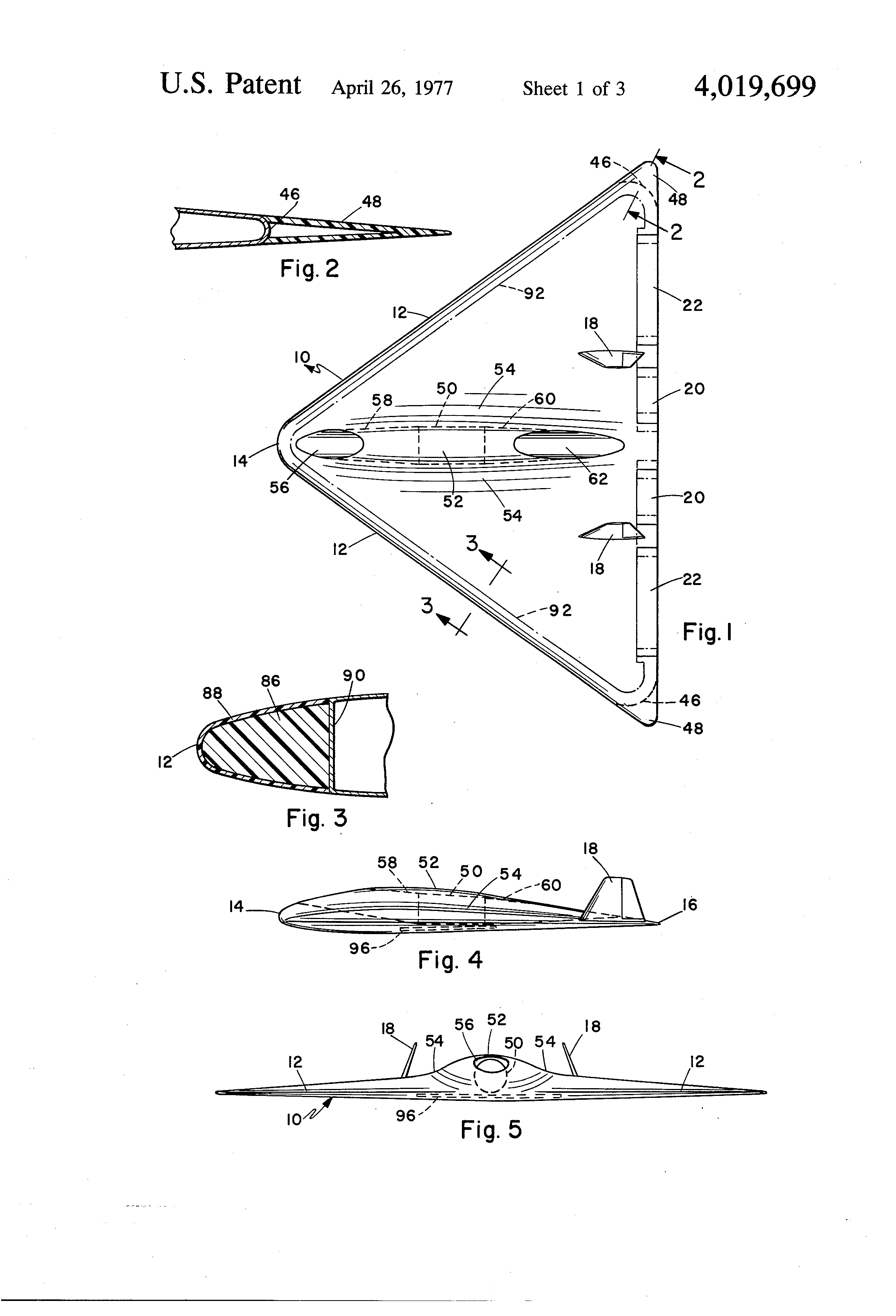 originally posted by: Bedlam
a reply to: grey580

Peltier or any sort of cooling doesn't make cold. It moves heat.

And it takes energy to move heat, and that energy ALSO appears as heat in your heat dump.

So if I wanted to move a steady flow of 30W of heat from my cold side to the heat sink, it will take 100W, say, to do it. On the hot side I now have to get rid of 130W of heat. It won't go away. It just moves elsewhere and gets worse.


What Bedlam is trying to illustrate is that generally Energy in = Energy out
and +/- radiative loss and +/- input loss from the heat pump mechanism itself.
I just happen disagree on the AMOUNT of input over the initial thermal energy
amount that needs moving say to move 30 watts between two places.

A reasonably good illustration of the concept he is trying to get across is this link:
hyperphysics.phy-astr.gsu.edu...

What I am saying and what has been illustrated to me is that a passive
and/or active heat pump mechanism designed for thermal signature
reduction in aircraft is able to temporarily move and store heat
for enough time at a high enough level that a computed amount
of traceable thermal energy is kept away from the atmosphere
where it would have been tracked by infra-red detection systems.

Again, I am NOT a thermodynamics specialist although I do have
decently high end thermodynamic modelling software at my disposal.
I have NOT specifically modeled Thermo-Caloric heat pumping
and nor have I modeled Peltier-effect heat pumping but if
I see documentation outlining such research that is either
from patents or real-world peer-reviewed research, that
TENDS to raise my eyebrows more than just a little!

And based upon input from aerospace sources, there
SEEMS TO BE an active research program conducting
both basic research and hard application development
in active/passive engine and exhaust cooling for a
real-world aerospace platform within the last
five to ten years!

I cannot add any more to that because I have no
other hard documentation or photographic proof
from the likes of Pratt & Whitney or GE who would
be probably at the FOREFRONT of such engine
technology in the "Black Budget" world.