A US air strike killed nearly 60 civilians, including children, in Syria on Tuesday after the coalition mistook them for Islamic State fighters.

Some eight families were hit as they tried to flee fighting in their area, in one of the single deadliest strikes on civilians by the alliance since the start of its operations in the war-torn country.

Pictures of the aftermath of the dawn strikes on the Isil-controlled village of Tokhar near Manbij in northern Syria showed the bodies of children as young as three under piles of rubble.

The death toll has been updated to 85. This is similar to the Doctors Without Borders US bombing not too long ago. A part of me believes this is a mistake and a part of me doesn't...

Reminds me of Full Metal Jacket.

Say hello to another couple dozen "extremists" who will vow to "watch America/the West burn, Allah-willing"

Will anyone be held accountable for human rights violations? DOUBTFUL

posted on Jul, 20 2016 @ 11:56 AM
link
a reply to: Involutionist
its bound to happen in a war zone, sad, sure, but not surprising and now these people no longer have to live in fear, they are gone!

ISUS can take a break from recruiting other radical Moslems. We're doing it for them.

Sad for sure but I find news articles like this puzzling.

The media felt it necessary to make a story out of this, meanwhile we hear nothing about the fact that our government's obsession with overthrowing the Assad government has resulted in nearly 500,000 dead and millions displaced.

As a matter of fact, we've dropped so many bombs, we're running out.

We did the same thing to Afghanistan, Iraq and Libya.

And yet we continue to wonder why these people are fleeing their homes, flooding Europe and acting like a bunch of crazed maniacs.

In a recent interview, Assad said that the fighting could be over within weeks if governments like ours would stop arming the rebels... 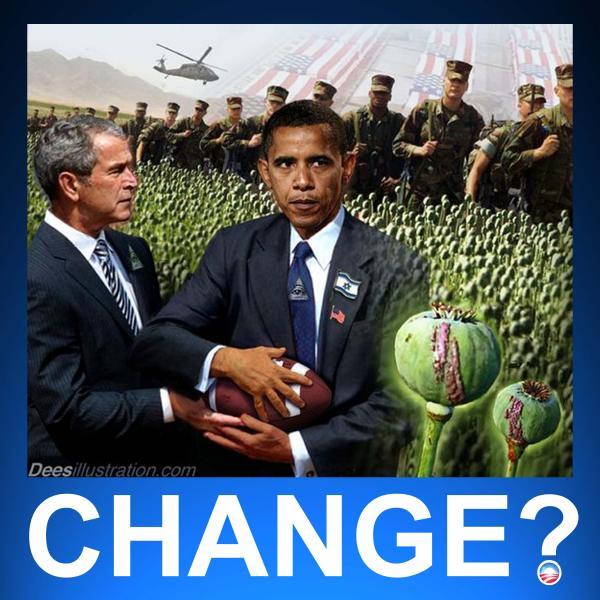 The US has tendency to mistaken terrorists for civilians. And as usual, no one will be held responsible for the death of another 60 innocent lives lost...you're right, it's sad


You should understand that Islam was coming for the west nomatter what.

Been doing it way before then...ever hear of the Mujahadeen?

We not only create them, we fund them too.

originally posted by: ware2010
a reply to: Involutionist
its bound to happen in a war zone, sad, sure, but not surprising and now these people no longer have to live in fear, they are gone!

Stuff happens, huh? Air strikes in a sovereign country without a declaration of war. Dropping bombs on people running for their lives is dismissed as easily by the mass media. Watch out though, one guy with an axe is a Major Headline.

posted on Jul, 20 2016 @ 12:17 PM
link
The public, or even the pilot who dropped the bomb, may never know the real reason this group became targeted. It may be as obvious as these people were important somehow, to someone.

I'm not advocating it, but this is how military intelligence does their dirty work. There is almost always more to the story, at least "another side".

posted on Jul, 20 2016 @ 12:22 PM
link
a reply to: Nikola014
well when the coward terrorist dress and continually blend in with civilians, its not hard to have a mistake. im not saying this is okay, its not at all alright that these people dead in a mistaken airstike.

Not that I use it often, but I notice people are quick to put up the French Tricolour, but not a Middle East country's flag.

posted on Jul, 20 2016 @ 12:24 PM
link
a reply to: intrptr
yea the MSM is a joke and is only around to control the masses that watch it, that's its only purpose, to change ones view to better fit the agenda.. and btw I don't think its okay this happen, but yes, stuff does happen and they wont hold anyone accountable, in this corrupt world, yea right...

Move right along folks nothing to see here.

With todays military technology, and drone capability able to read newspaper print from extremely long distances from the air.

There is simply no excuses.

Asktheanimals
+7 more
posted on Jul, 20 2016 @ 12:33 PM
link
IMagine a Syrian bomber dropping bombs on Charlotte, NC and killing 85.
Would there be any outrage?
I daresay for a country where "All men are created equal" we sure don't count lives from other countries for much.

originally posted by: Sremmos80
a reply to: imod02


I take it you dont live in Europe

originally posted by: Asktheanimals
IMagine a Syrian bomber dropping bombs on Charlotte, NC and killing 85.
Would there be any outrage?
I daresay for a country where "All men are created equal" we sure don't count lives from other countries for much.


I agree but they have raped and killed as well as spreading disease all over Europe, Europe could not care less