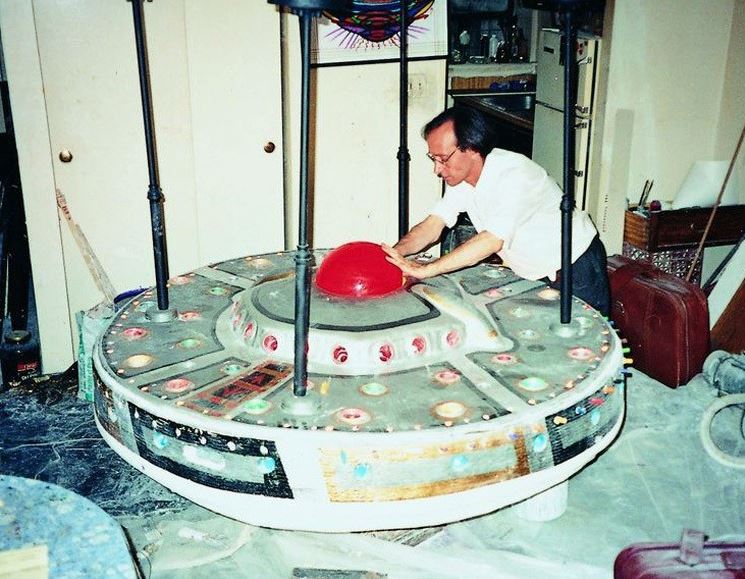 In the world of UFOs and UFOlogy, it is not unusual to come across unusual and eccentric people. Ionel Talpazan is one such person, a refugee, and visionary artist from Soviet Romania. Ionel fled from Romania in 1974, aged 19, where he swam into Yugoslavia across the Danube, and made his way to the United States where he was accepted as a political refugee.

Long before his escape halfway across the globe, Ionel claimed that he had an unusual UFO experience. 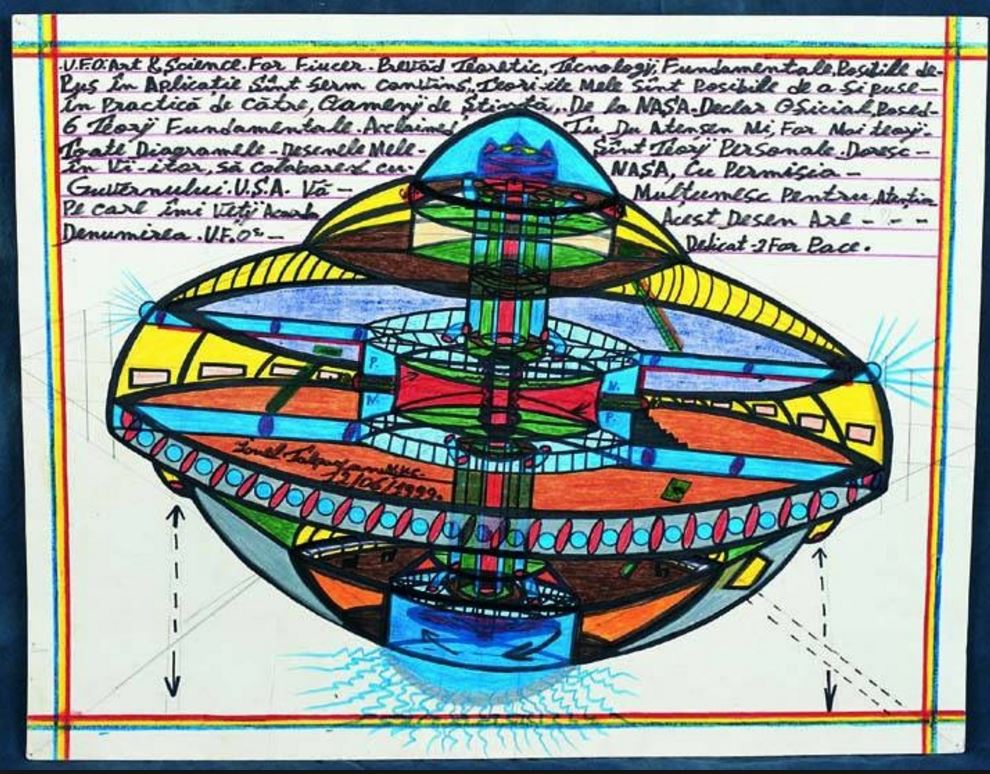 Fearing a severe beating one evening in the early 1960s, a boy named Ionel Talpazan hopped out of his bedroom window and ran into the dusky fields of the Romanian countryside. What happened next would greatly shape his life: As Talpazan, 8, stood in the fields, a bright blue light shined down from an approaching aerial craft, then vanished. Transfixed by the source of the mysterious blue light, Talpazan would spend his adulthood attempting to answer questions about life on Earth — and elsewhere — through art.

This website goes into more lurid details, but it’s difficult to ascertain if this is mere embellishment or not.

The subject and systems that Talpazan mastered are all about an experience he says he had at 8 years old when he was abducted by aliens in Romania, brought aboard their spacecraft, and released. As with most abductees, he believes he may have been “probed” as well. (Aliens have a real need for human semen and eggs, it seems — the former especially.) Untrained but possessed by the experience, he spent the next decades of his life drawing this spacecraft, the cosmos as it was revealed to him, the planets, solar system, other worlds, while delving into systems of propulsion, mechanics, and electromagnetic forces; often color-coding works; and forever painting, drawing, and even making sculptures.

Regardless of the provenance of the tales told about Ionel Talpazan, it cannot be denied his work does have an otherworldy beauty about it. 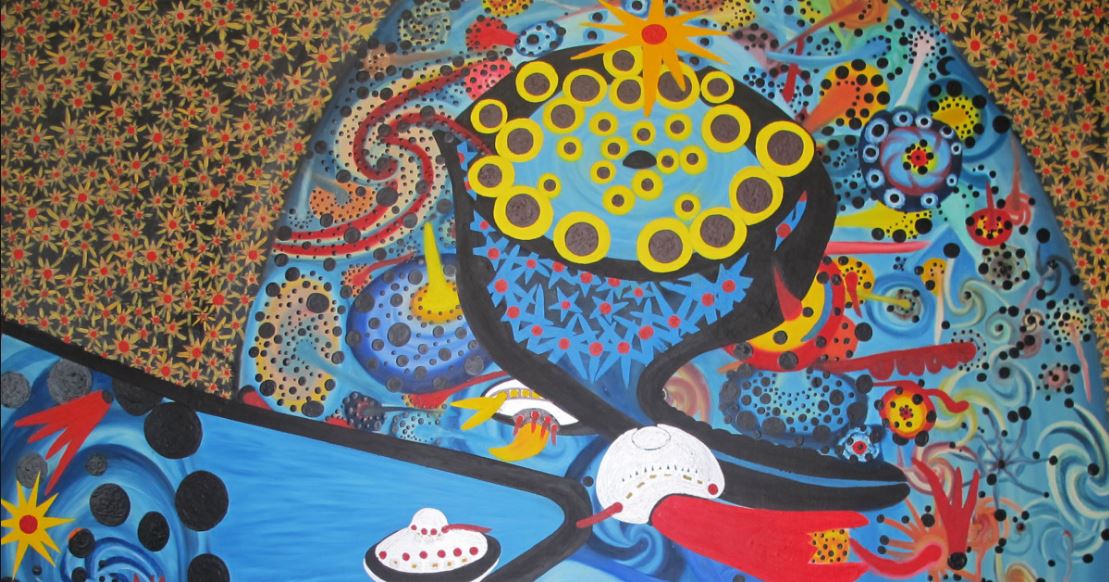 It seems Talapzan hoped to attain recognition from not just art fans, but from NASA as well.

Talpazan’s work wowed art fans throughout the world, but he especially coveted the praise of one not-so-artsy group: NASA. Indeed, Talpazan hoped the American space agency would someday recognize his work for its scientific sensibilities, as Talpazan believed he used magnetism and antimatter well to describe the inner-workings of UFOs.

The New York Times has an interesting article about Talpazan, with a view to discussing his artwork. 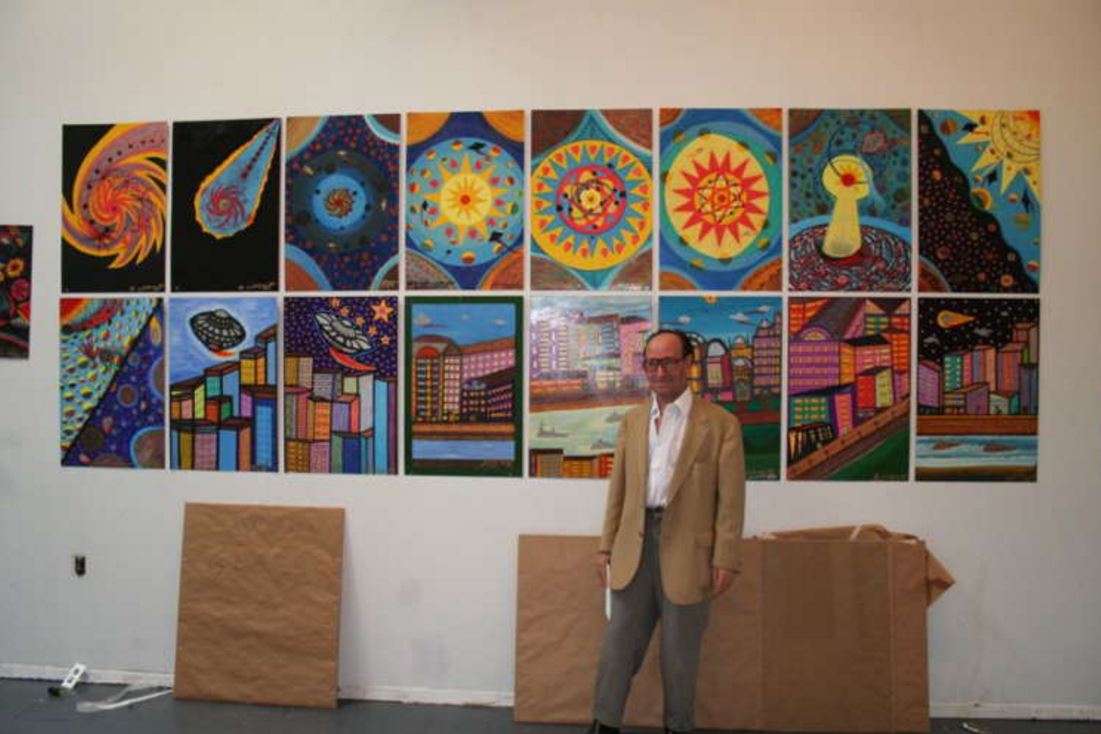 Mr. Talpazan rendered his U.F.O.s in various guises. Some adhered to an illustrational realism; others were abstract and heavily patterned like mandalas. Some works showed a single U.F.O. lifting off from an unidentified planet. Others showed multiple saucers engaged in battle or disappearing into a wormhole.

Ionel Talpazan died on September 21, 2015 , leaving behind an awesome legacy of work. I’ll leave you with a few more of his visionary pieces. 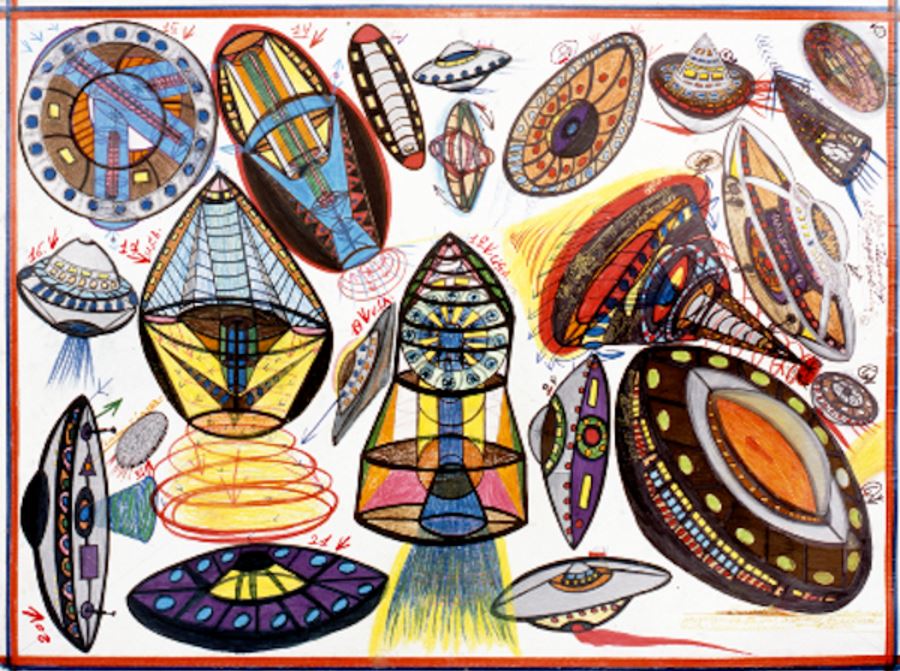 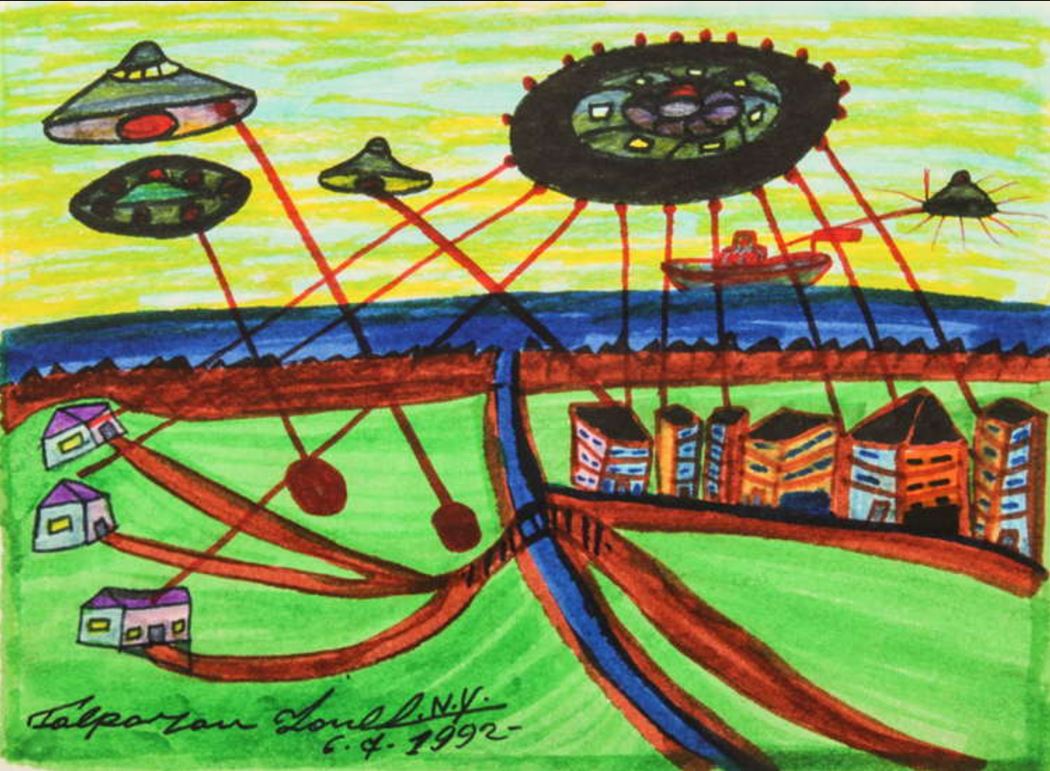 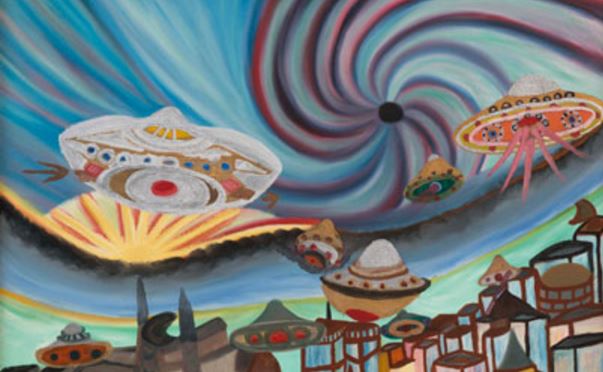 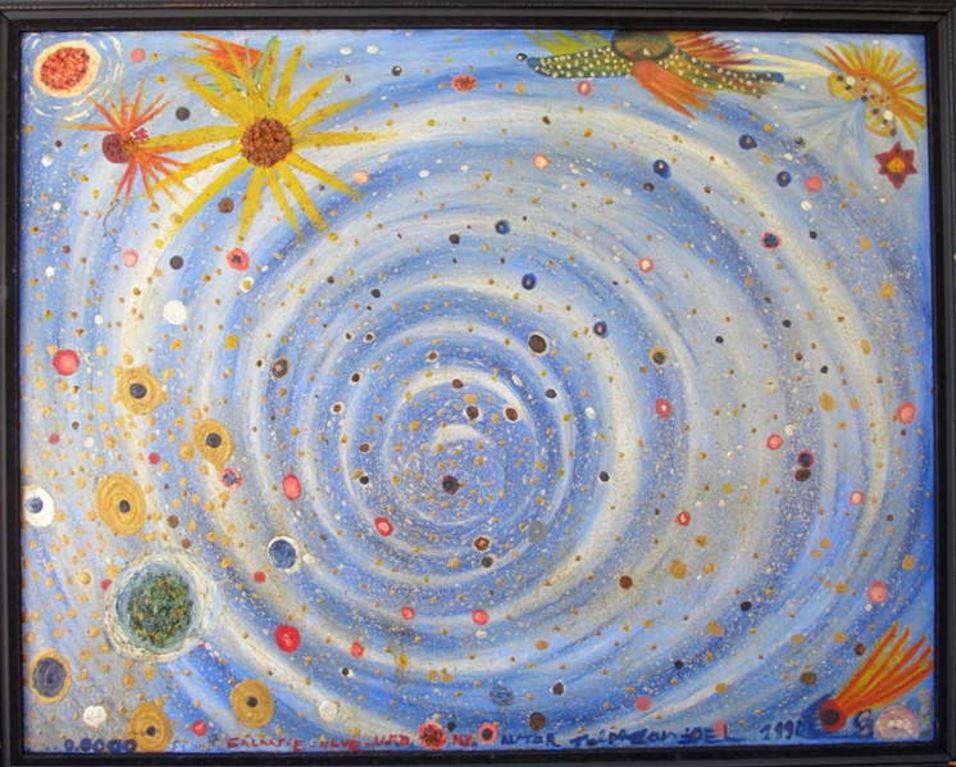 posted on Jul, 20 2016 @ 04:40 AM
link
I hate to say it, but his renderings do have a child-like, eight year old quality to them. Usually, an artist shows different periods of growth and progression whereas his art seems rather one-note. It's pretty and imaginative but not especially complete.

I like his art as it fits the wider sub-genre of ufology. It doesn't look like he had formal training, but who cares? They have value as an aspect of UFOs and their cultural impact.

The last two look a lot better than the others. He's worked them more and I quite like thwm.