originally posted by: ~Lucidity
Even the military recognizes the difference and allowed native American scouts to keep their hair long and others to grow beards.

Care to show a military source that shows that claim? No, I did not think you could!

Well they're allowing Sikh's to wear their beards and hair under their turbans for religious accommodations.

OP is talking back in the Vietnam Era, and as a military brat myself, if there were squadrons of trackers and Special Ops guys with long hair, you'd never be able to find anything related to it because it's classified anyway. They don't put every minutia of military detail on the freaking' internet, so it's entirely possible from where I'm sitting.

edit on 7/19/16 by GENERAL EYES because: minor grammar edit

originally posted by: GENERAL EYES
you'd never be able to find anything related to it because it's classified anyway.

So it is "classified", but the OP knows all about it!

Vietnam War is over dude.
You didn't get the memo?

posted on Jul, 19 2016 @ 05:28 PM
link
My husband grew his hair out to his lower back many years ago. He wasn't any "smarter" or "more in tune" with anything, those are states of discipline or meditation, not magical hair woo, in his very blunt pagan opinion.

I don't care if hair to my ass would make me Midas, it ain't happening. It's too damned hot, thick & heavy at shoulder length, I'd go postal on people with it THAT long. An overheated & uncomfortable introvert is a ticking time bomb, lol.
edit on 7/19/2016 by Nyiah because: (no reason given)

I bought a piano a while ago but it did not turn me into a world class pianist instantly. Weird.

I know some people who have always worn their hair long undergoing a sudden transition to short hair seems to "imbalance" them a little until they adjust to the new 'do.


That happened to me when I decided to try a new hair style. I cut off about 10cm and it was still long, and even though it looked nice, I was devastated! I actually cried when I looked in the mirror the first time and I wasnt really happy with it again until it had grown back about half as much.

This is the first time I hear about this though and find it very interesting! Thanks awareness10!

I know that you can't find official confirmation of the story, none exists. It's been out for many years now and has already been debated several times over.

I am referencing my 25-Volume Native American literature from Time Life. Can you please be more specific when associating cut-hair & uncut-hair with war-like tribes and peaceful tribes? I'll be happy to look up your statements and post information and pics from my source.

The Mohawk People were far from being the only Natives to cut their hair. We have beautiful examples of cut and/or shaved hair from the Iroquois, Cherokee, Sauk, Fox, Osage, Ojibwe, Algonquian, and Winnebago People, among others. 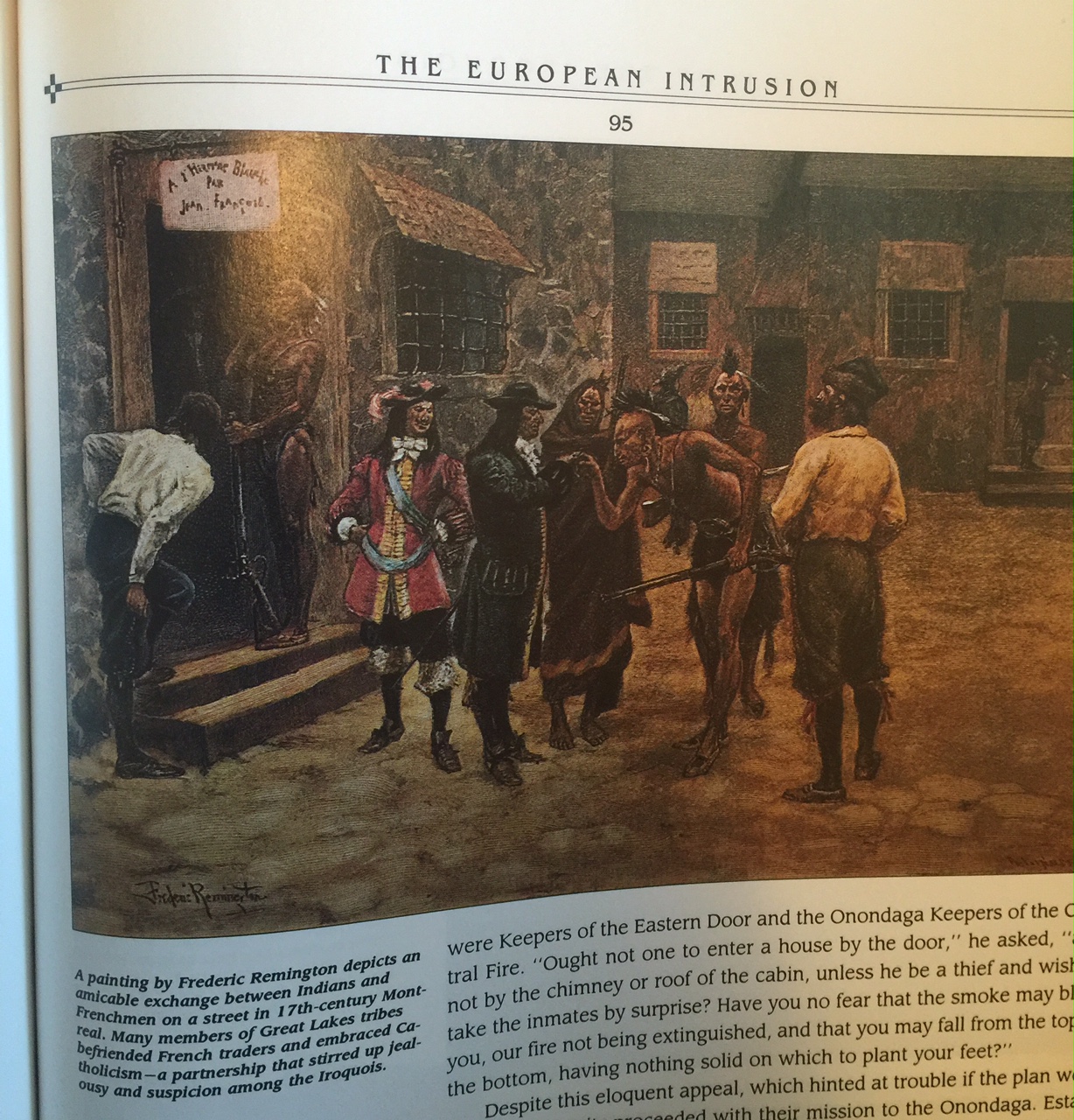 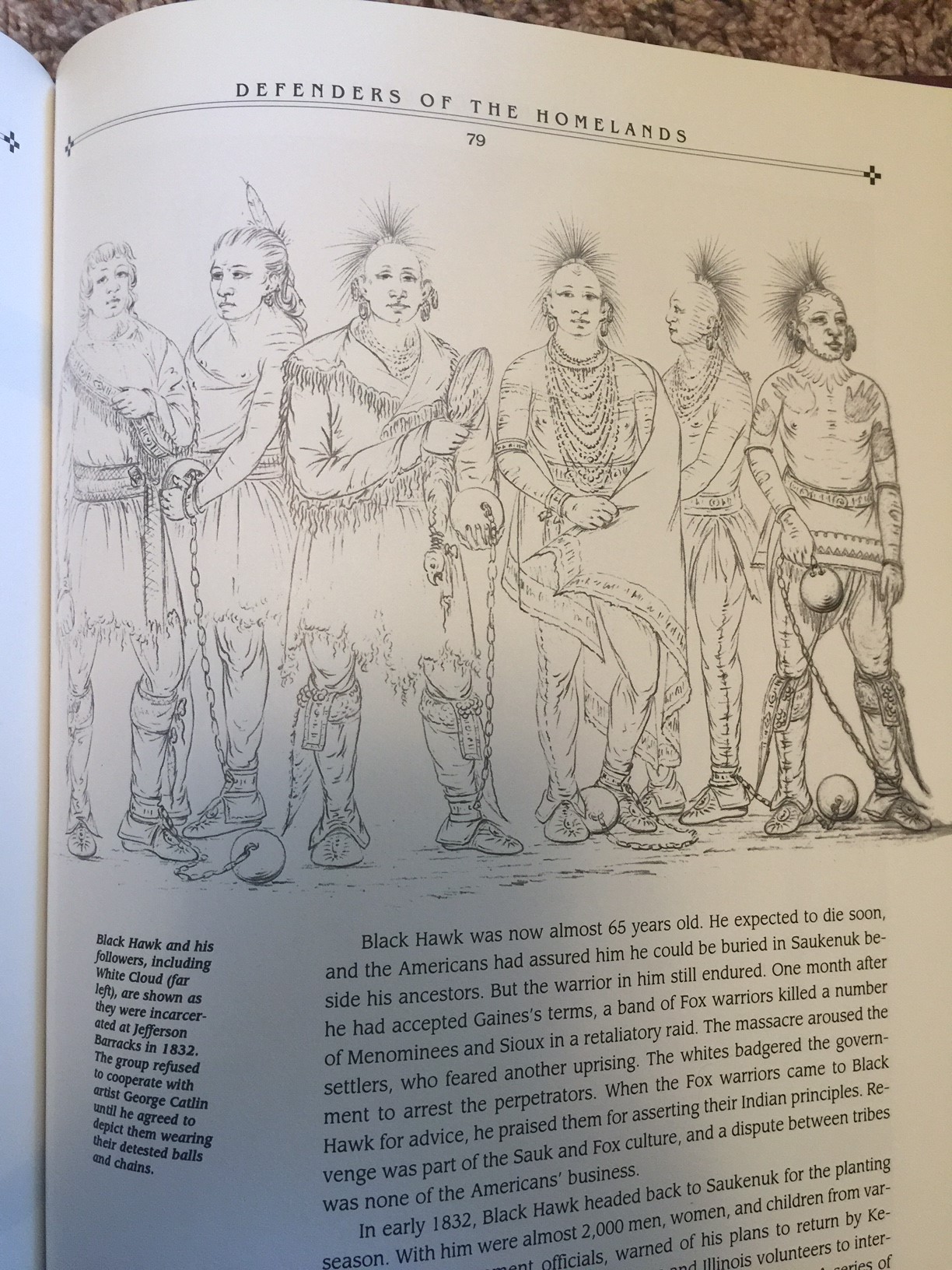 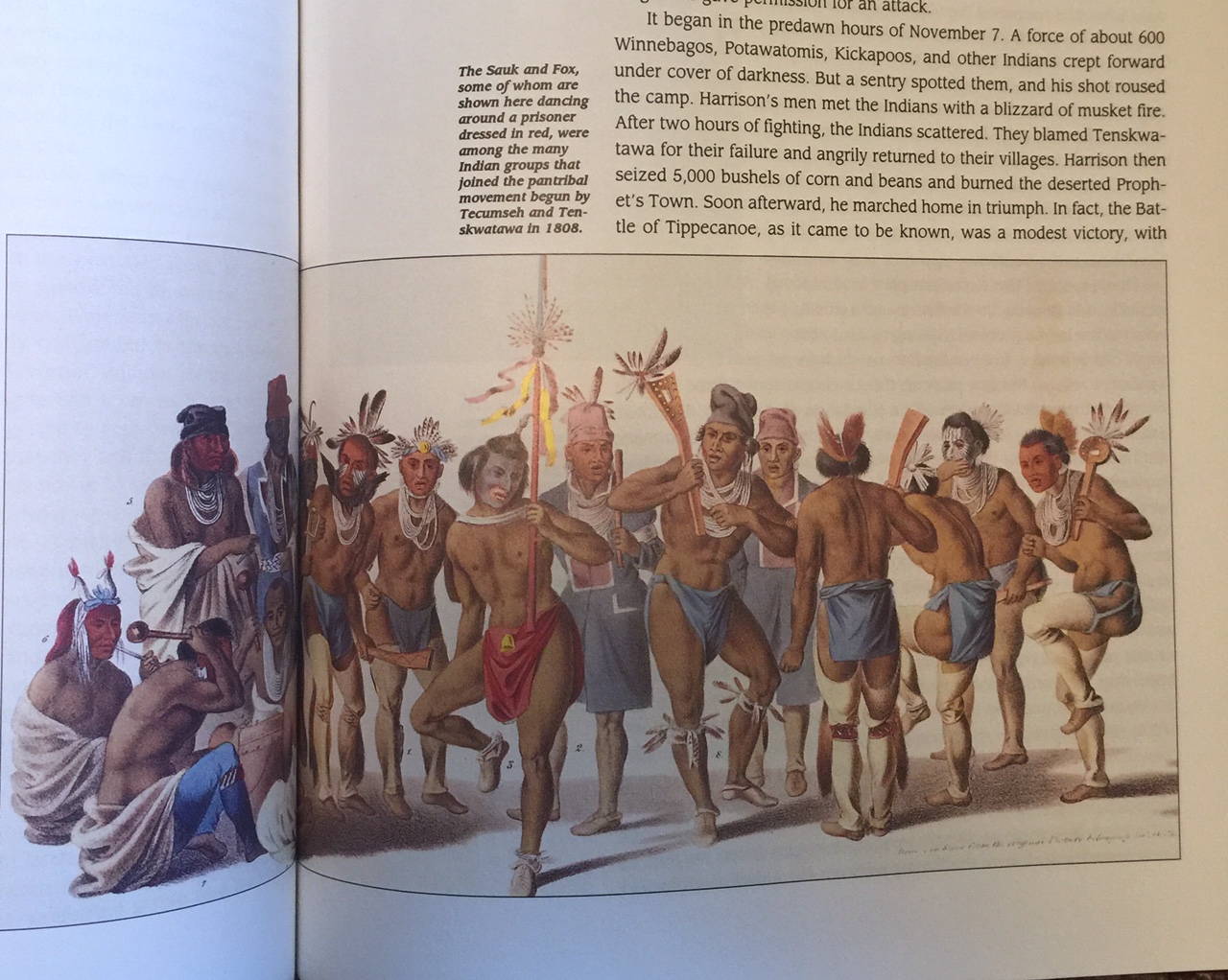 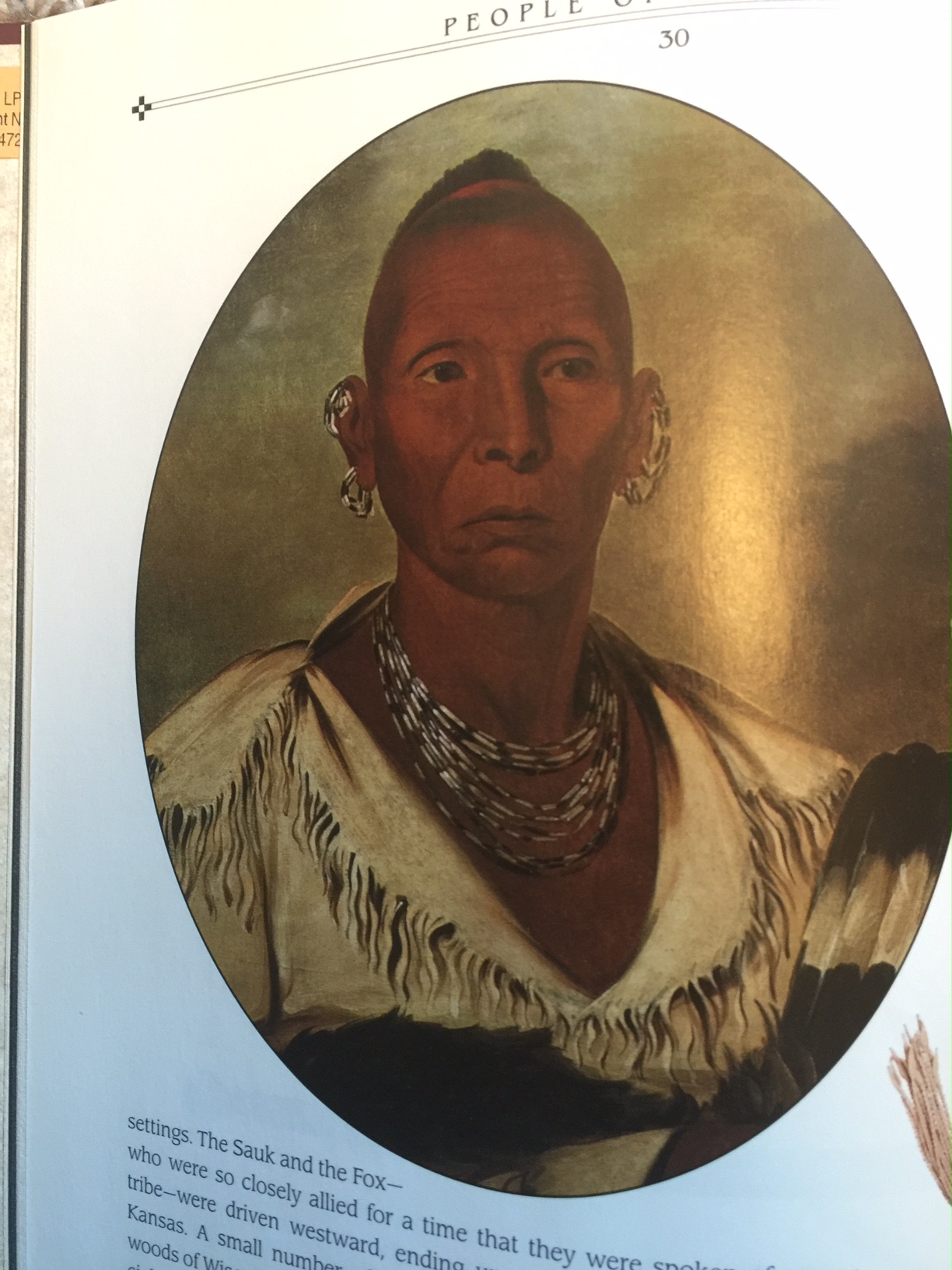 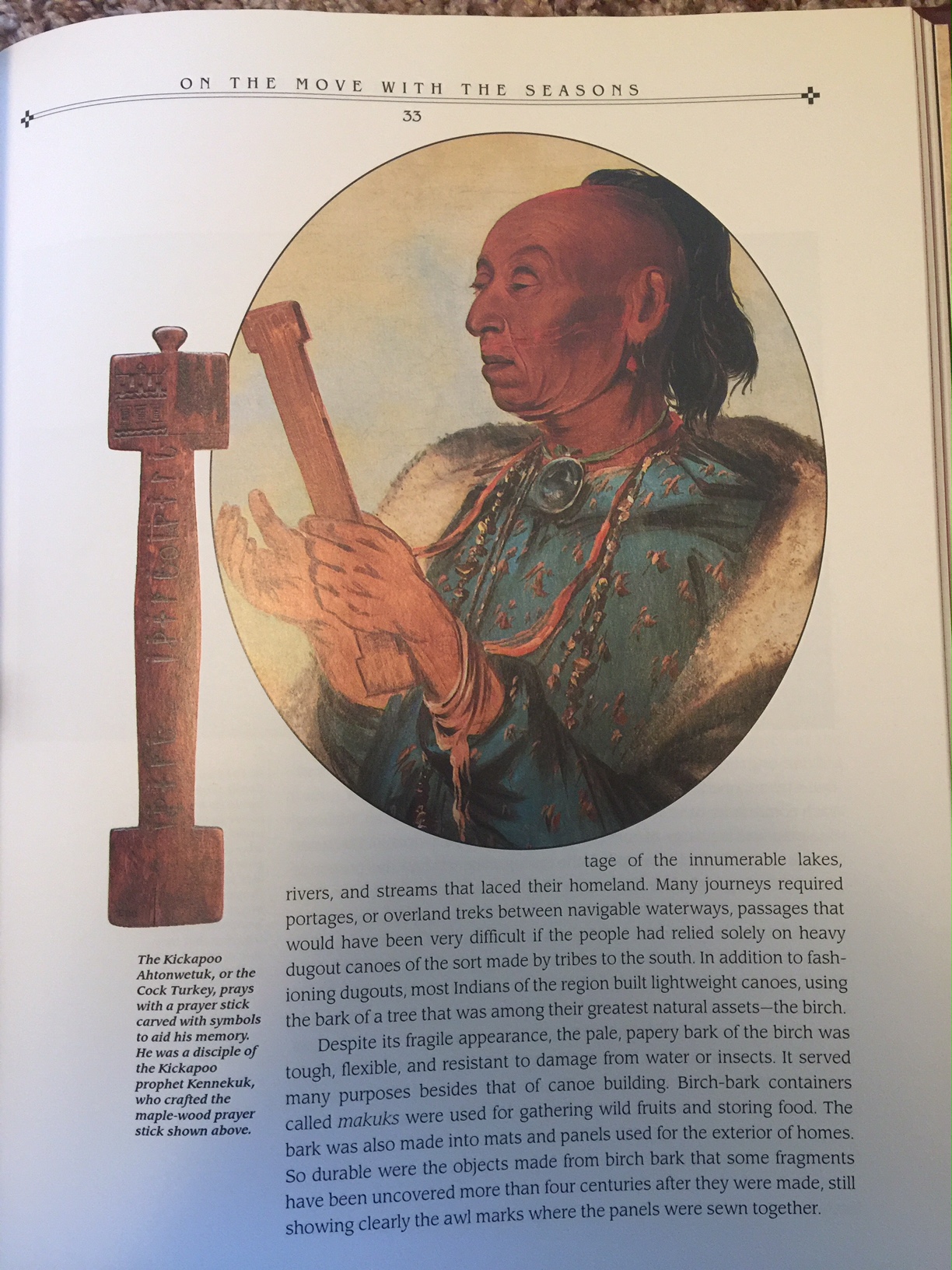 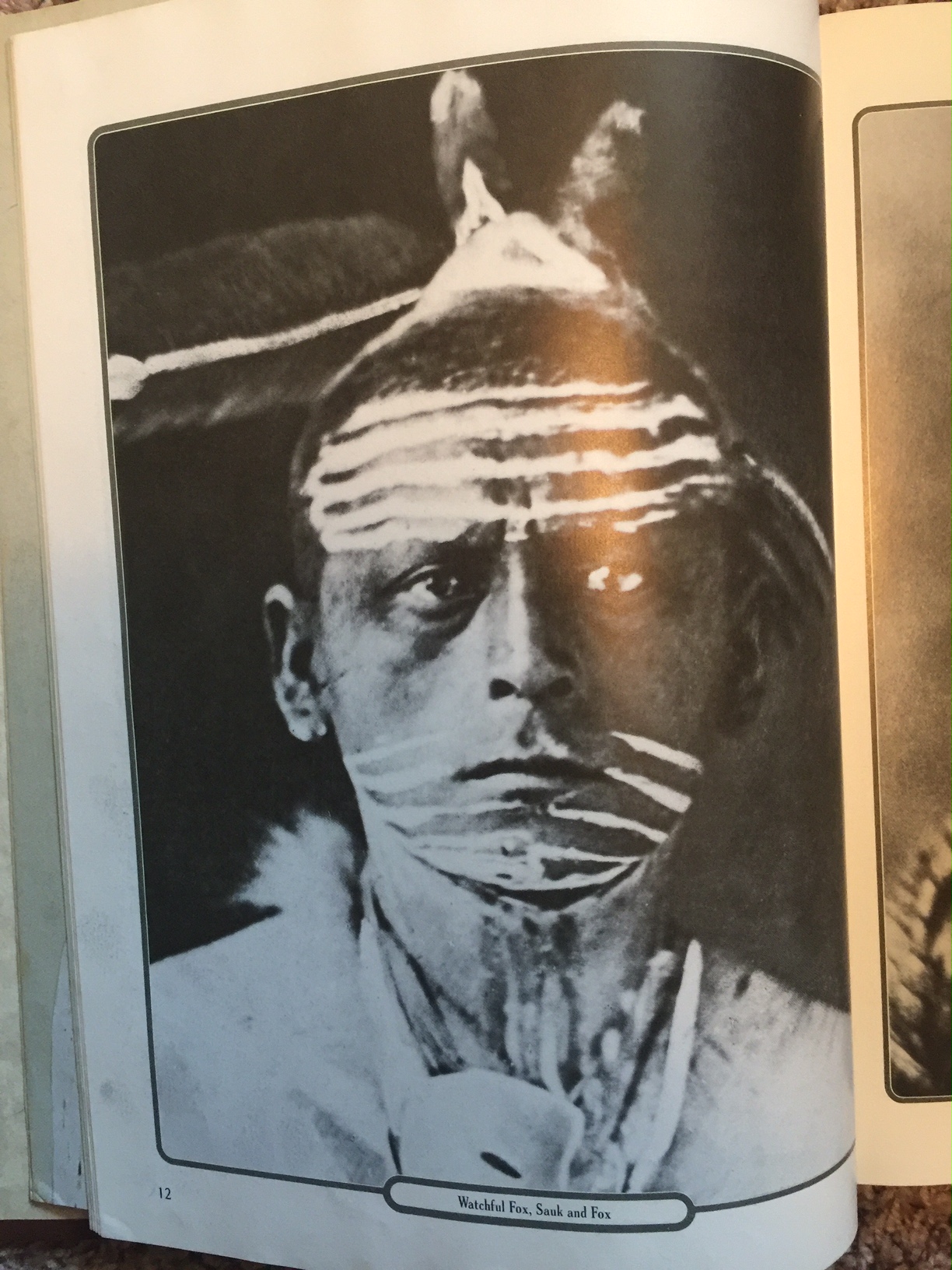 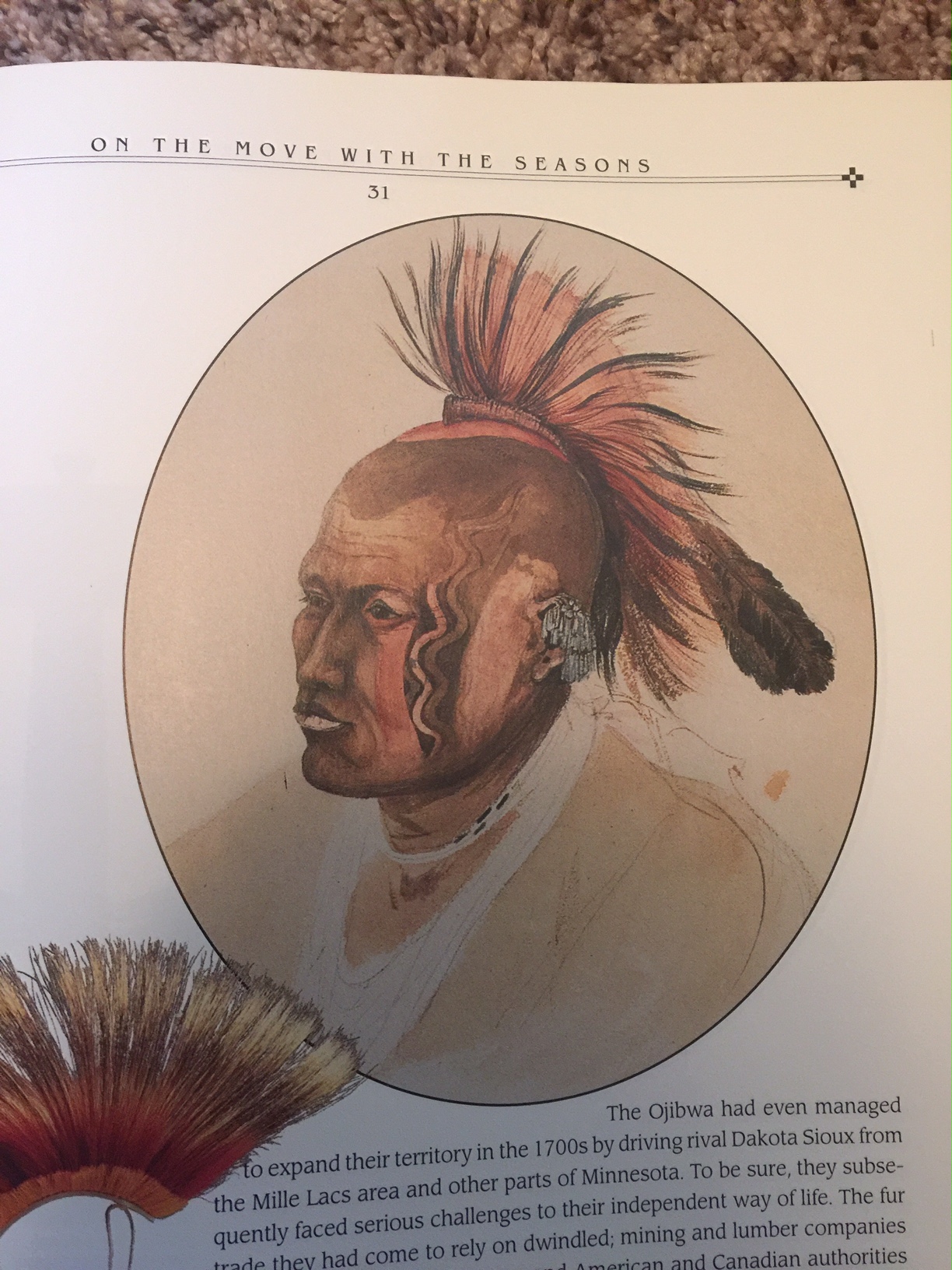 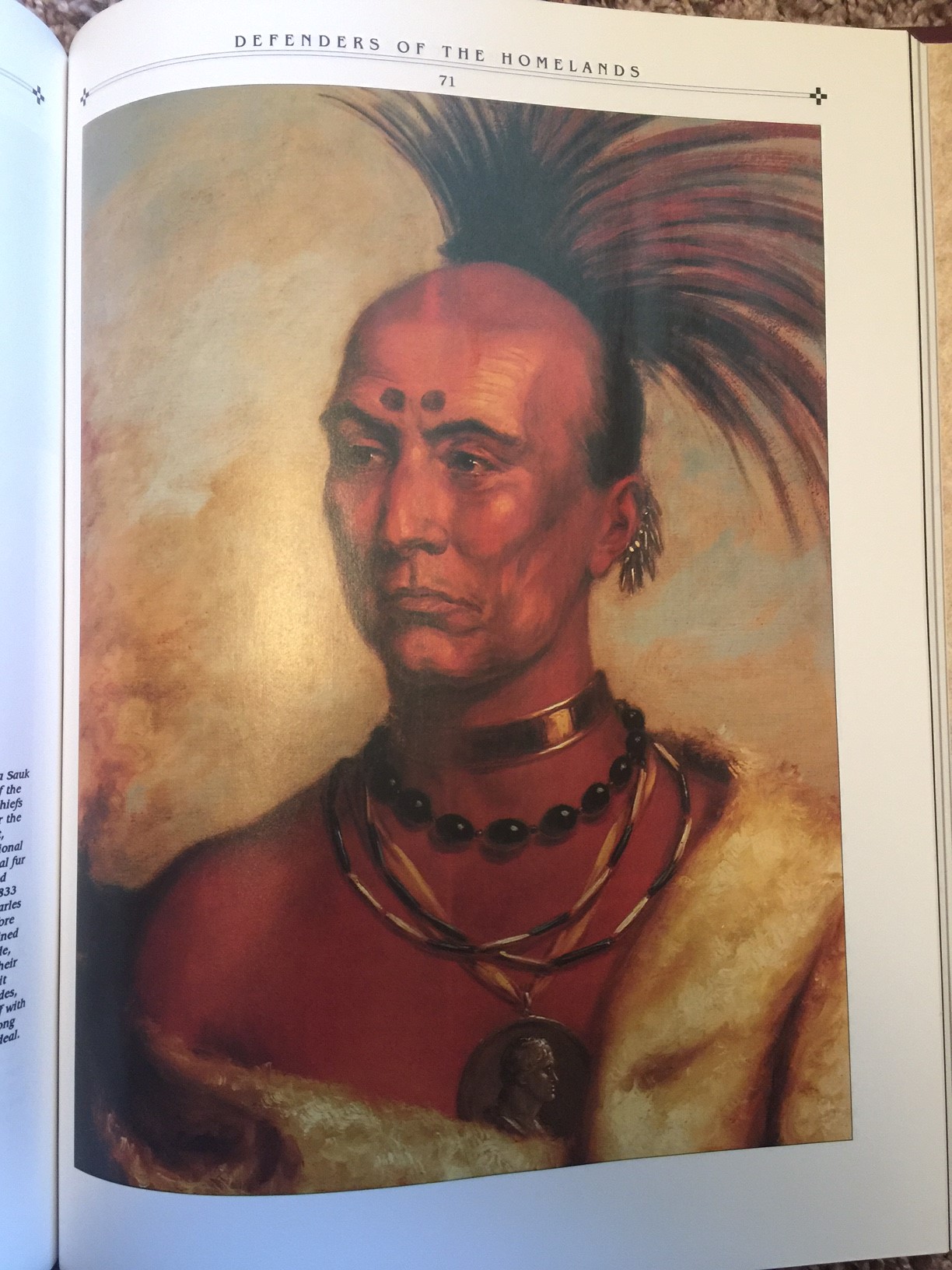 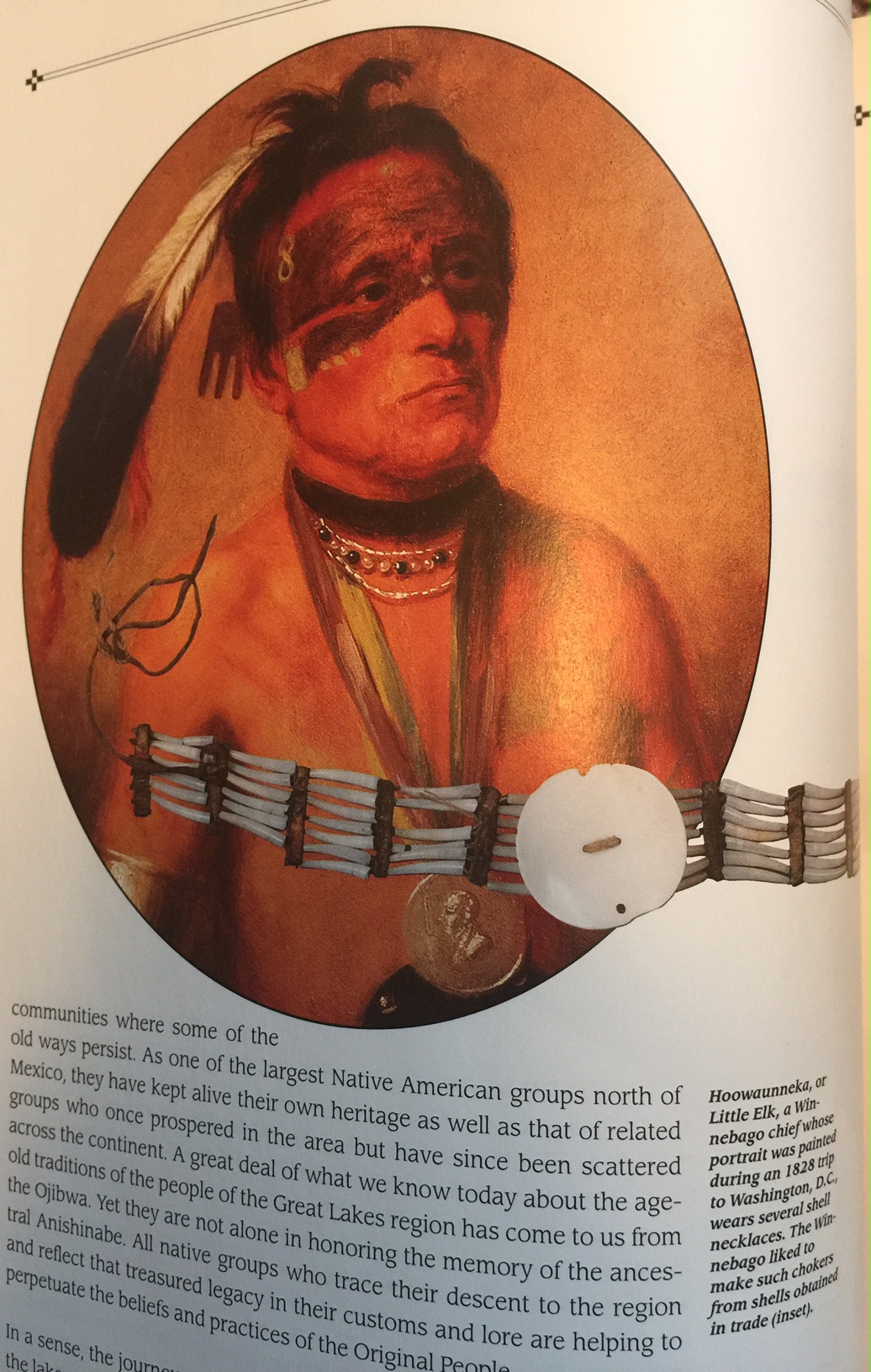 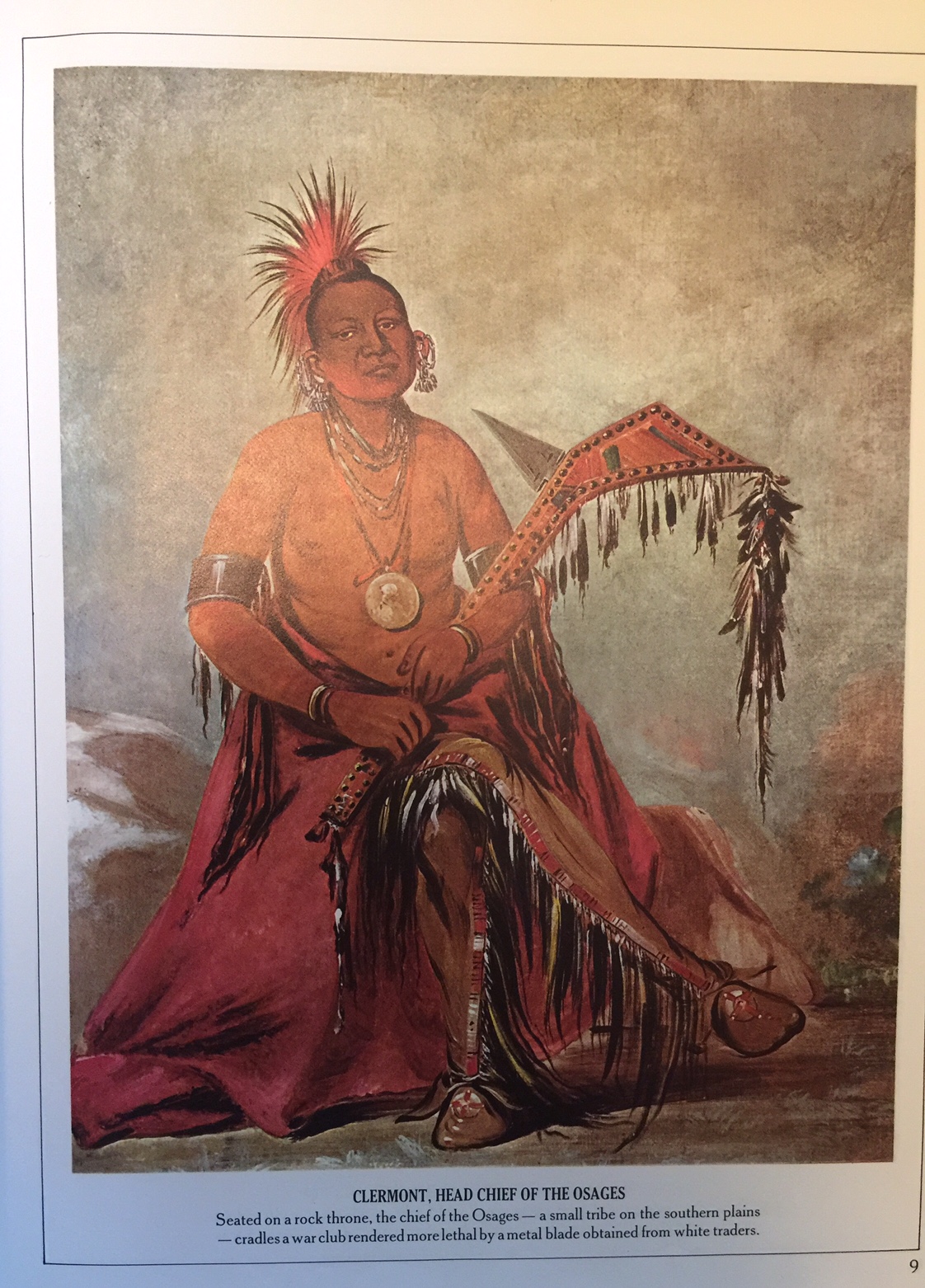 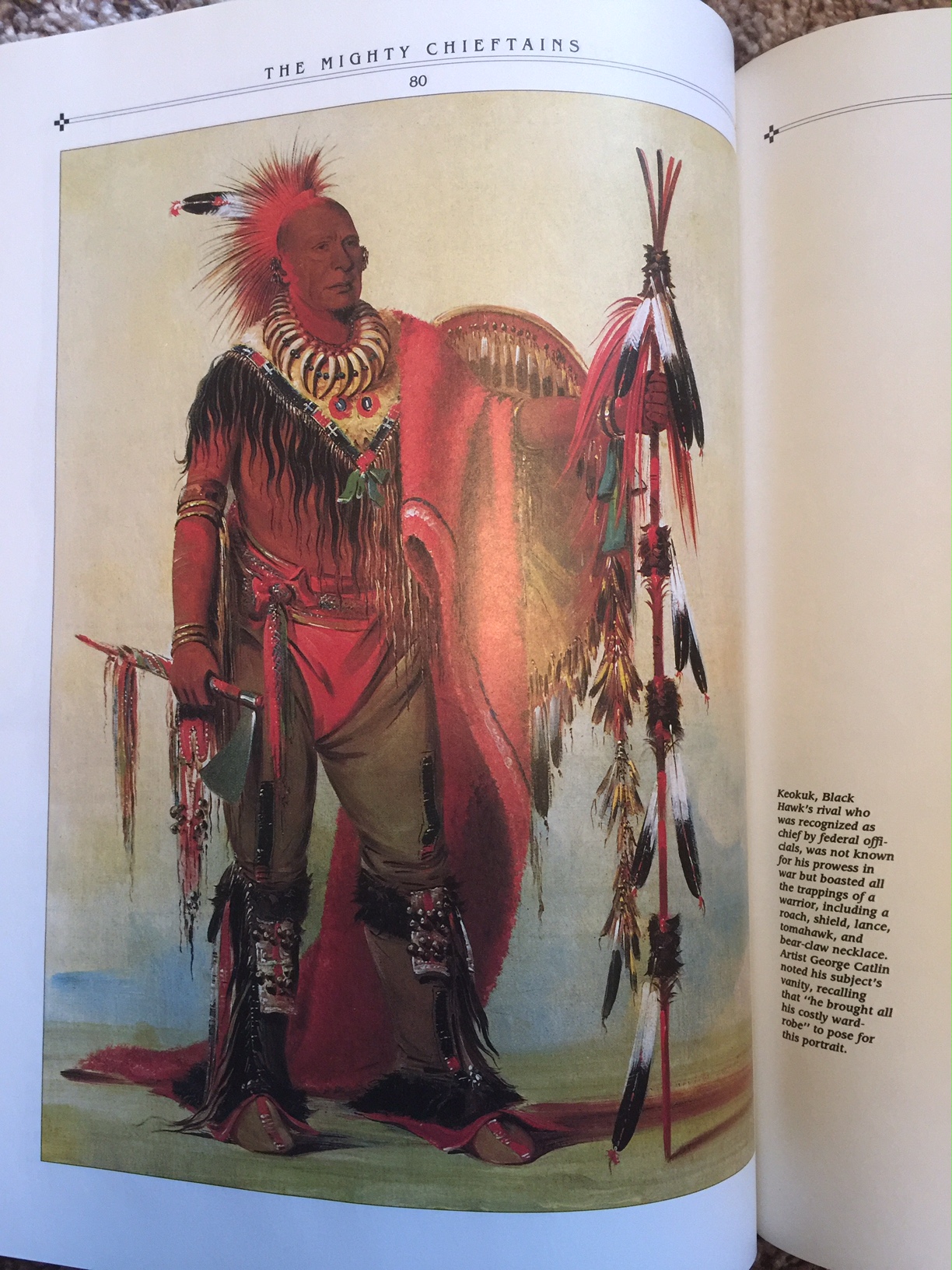 According to the unauthenticated article in the op, do you believe the above Native People have subpar conscious-awareness?


It would be the equivalent of putting your head in a Faraday cage. Or a really effective tin foil hat.

posted on Jul, 19 2016 @ 07:01 PM
link
Maybe if it is about self image or what they are comfortable with. For instance if we discuss energetic body awareness.

Do not the heat in fact decrease the sense of tactile information when measuring the energy vibrations. I get that it does not make much difference if the person have a very sensitive body but for a beginner I think it would be useful. Just think of the difference in sensitivity on the fingertips, between the eyes and in the middle of the forehead compared to the arms and legs. For me it seems more like hair is diffusing the tactile senses than increasing the pinpointing to where exactly the vibration/vibrations is/are.
edit on 19-7-2016 by LittleByLittle because: (no reason given)

posted on Jul, 19 2016 @ 08:20 PM
link
I believe this is true. Also that natives and the Irish are more prone to being the most psi, read that somewhere and already knew it was true for First Nations. Which perhaps is the outcome of being in nature as much as they have traditionally been, and guided within. Also the peace pipe and gateway experiences honored very much in their culture.

Though from direct sharing from my close friend about Northern Tribal, and dark shamanism that exists. It can be very heavy stuff. Very draconian she said.

It seems to do with how much anger you carry.

The long hair seems to be something that is eradicated, buzz cuts, military, left brained concepts. And also, women in certain cultures forced under veils.

But at the same time, all people are capable of talking to their genes, unlocking their potential. Its all waves, we think its dense but its not, and even our dna is just wave formation again. We have alot more ability to affect the waves than we think...

posted on Jul, 19 2016 @ 08:58 PM
link
Might act more like a sensor because our hair kind of connected to the nervous system, and would be sensitive to touch, like insect crawling through arm hair, or maybe even the air.

Their loss in ability probably has to with their mental confidence, or just getting used to the feeling of a cut, might change their sense of balance. It not like they are Samson, where he got strength from his hair, but more or less an extension of the nervous system, no different then whiskers being no wider then a cat when they want to crawl into something?
I bet this kind of thing would happen to one who practices a religion with a turban where they keep their hair long. Might not act like a radar dish as it would act more like a cushion.

Where as for me I can't stand having long hair...It annoys me, and I always feel fresh when I get a cut.

posted on Jul, 19 2016 @ 11:27 PM
link
I live next to an Indian reservation. Sauk (or Sac) tribe and the Meskwaki (or Fox) tribe. The Meskwaki and Sauk Indians were related to each other and spoke the same language, but they were politically independent. However, the Fox tribe was nearly destroyed in a war with the French, and the surviving Fox Indians fled to the Sauk villages for protection. The two tribes merged into a single tribe called the Sac and Fox. Most Sac and Fox people still live together today.
It was always told to me they bare long hair because the hair was an outside extension of the nervous system. And should be regarded as just as important part of yourself as nerve clusters on the inside of your body. Also after a study the Department of Defense knows more about hair physiology than they are letting on: it is an extension of the nervous system and soldiers are more obedient if their hair is shaved off!

originally posted by: PaperMetel
It was always told to me they bare long hair because the hair was an outside extension of the nervous system. And should be regarded as just as important part of yourself as nerve clusters on the inside of your body. Also after a study the Department of Defense knows more about hair physiology than they are letting on: it is an extension of the nervous system and soldiers are more obedient if their hair is shaved off!

Not at all. Hair is not a nerve, is not connected to nerves, never was a nerve.

There are nerves in the follicle that detect motion of the hair root but they're not 'part of the hair'.

And the reason you cut your hair in the field (if you're spec) is that it's easier to keep clean that way. Less chance of getting lice. And it's harder to grab in close quarter combat, which is also a good reason not to let your beard get too long if you're going non-spec at the time.

But you are generally not permitted to 'shave your hair off' totally, it promotes sunburn.