page: 1
23
log in
join
share:
Caver78
+1 more
posted on Jul, 19 2016 @ 11:22 AM
link
Came across this and it lays to rest a lot of speculation. All I knew about the Antikythera mechanism was from Ooparts and a lot of wild theories touted over the years. Had no idea someone was still working on figuring it out, so color me SUPRISED! I'm not big on Greek stuff but sometimes I come across neat stuff in my internet wanderings. I remembered that at one time loads of people were ascribing all sorts of craziness to this find, from ET's to hidden civilizations, so it seems fitting that now this story has a ending.


"It was not a research tool, something that an astronomer would use to do computations, or even an astrologer to do prognostications, but something that you would use to teach about the cosmos and our place in the cosmos," Jones said. "It's like a textbook of astronomy as it was understood then, which connected the movements of the sky and the planets with the lives of the ancient Greeks and their environment."

"I would see it as more something that might be a philosopher's instructional device."

The letters - some just 1.2 millimeters (1/20 of an inch) tall - were engraved on the inside covers and visible front and back sections of the mechanism, which originally had the rough dimensions of an office box-file, was encased in wood and operated with a hand-crank.

It wasn't quite a manual, more like a long label you would get on a museum to describe a display, according to another team member, Mike Edmunds, who is an emeritus professor of astrophysics at Cardiff University.

"It's not telling you how to use it, it says 'what you see is such and such,' rather than 'turn this knob and it shows you something,'" he said Thursday, during a presentation of the team's findings in Athens.


The writing verifies the Antikythera mechanism’s capabilities, with a couple of new wrinkles added: The text refers to upcoming eclipses by color, which may mean they were viewed as having some kind of oracular meaning. Second, it appears the device was built by more than one person on the island of Rhodes, and that it probably wasn’t the only one of its kind. The ancient Greeks were apparently even further ahead in their astronomical understanding and mechanical know-how than we’d imagined. 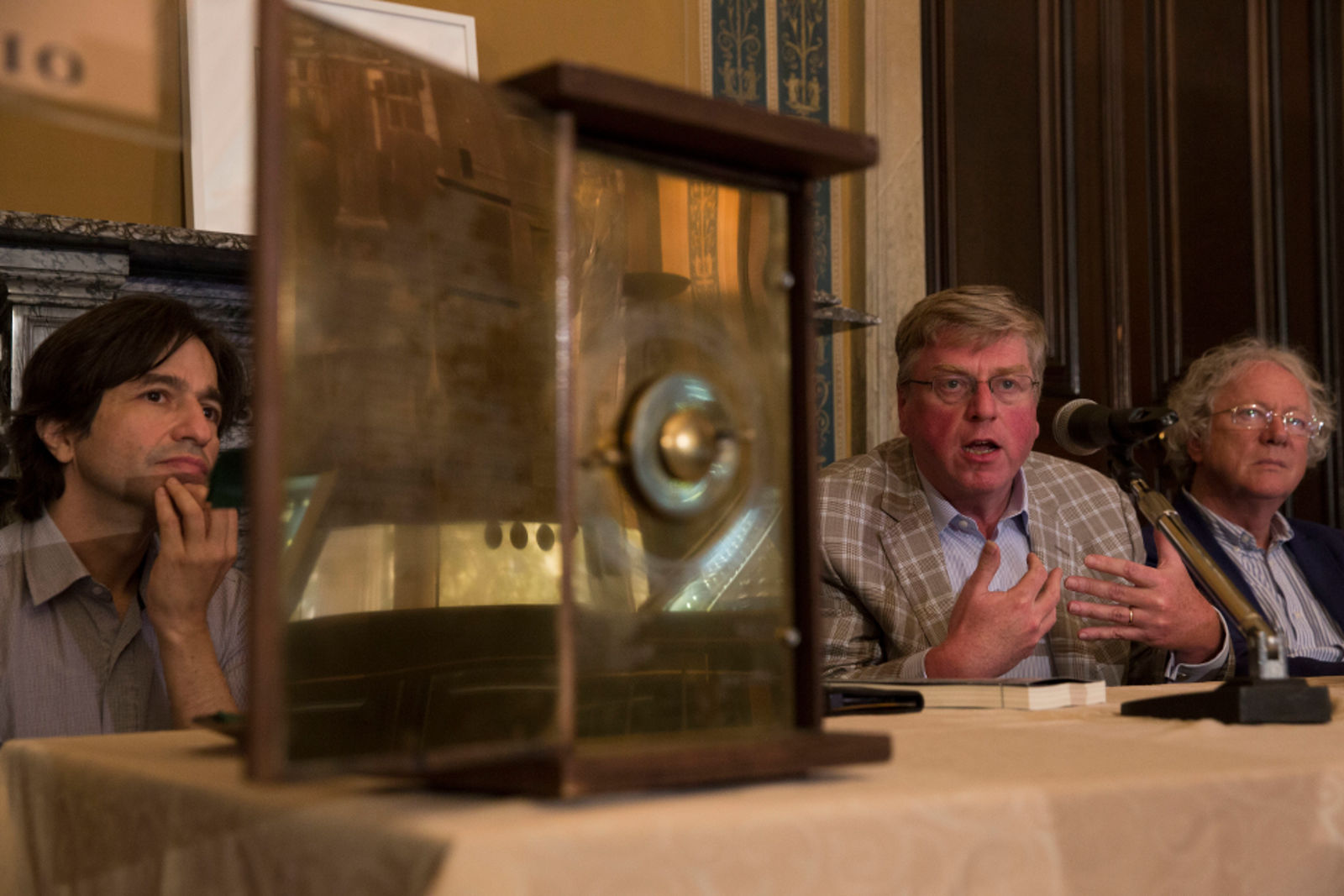 In June of 2016, an international team of experts revealed new information derived from tiny inscriptions on the devices parts in ancient Greek that had been too tiny to read—some of its characters are just 1/20th of an inch wide—until cutting-edge imaging technology allowed it to be more clearly seen. They’ve now read about 35,00 characters explaining the device.

Older thread here on it and how this has unfolded.
www.abovetopsecret.com...

That is a great find. I am glad progress has been made with this.

Nice story, history being unraveled by scholars. Love it.

On a side note, I always thought of Ray Harryhausen's little mechanical owl in Jason and the Argonauts when I looked at the Antikythera mechanism. 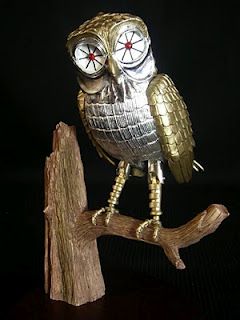 Always wondered how long it would take them to make any headway on that thing. Nice find.

Honestly I never figured anyone would bother.
It languished for years.

Lots of tripe regarding ET's just crashed and burned ( tiny screams in distance) LMAO!
Thanks Relda & Jonjonj for your comments an pics!!!

This news is a couple of months old, but still fitting for ATS as it broadcasts it further than formerly was done.


While the OP seems to indicate that something has been settled, that is not the case. The door is fully open now to determine how the early Greeks collected their data. What instruments did they have? Did they start as individuals collecting their own data from several areas and with enough cross talk finally arrive at a integrated concept resulting in the machine? Or did they start as a working collective of state-enable, like-minded investigators such as the scientists that split the atom. Where did they gain the perspective with the absolute knowledge that the solar system was thusly so, and then confidently engineered their machine to show their results?

It is, as stated, a teaching machine (as was the first atomic blast). My question is how many X years would it take X number of Greek scientists working with crude instruments (even in writing) to record the slow motions of the planet to compile the necessary data and then prove it in the design of the machine?

The Sumerians recorded that they were taught science by ET-like creatures, perhaps the Greeks later had access to some of that data or perhaps only the raw concept similar to the aid of what Einstein's basic formula did for us?

The machine is a work of science at its best, and we should note, it was just that, a machine, a tool in a wooden box with a crank handle used to spread knowledge to both the learned and the unlearned. It was worlds away from being a device of religious and mythical art.

posted on Jul, 19 2016 @ 06:12 PM
link
What has been settled is the devices function, as pointed out in supporting info in the OP.
Your other questions are ancillary to this and were not covered by the Project.
Thus were not going to be answered, being out of the scope of study.

As far as the news being two months old, let me ask then why did you not bring it to ATS yourself?
Hmmmm????

I will say AGAIN, as I did above, Greek archeology ISN'T my thing, Circumpolar Archeology however is, for a point of reference.

Other inscriptions hint at where the mechanism was made. Paul Iversen, a classicist at Case Western Reserve University in Cleveland, reports that the calendar includes month names used in Corinth and its colonies in northwest Greece. A dial that displayed the timing of major athletic festivals, including the Olympics, lists Naa, a festival held in northwest Greece, and Halieia, held to the south on the island of Rhodes. Perhaps the mechanism hailed from Rhodes and was being shipped north. The ancient philosopher Posidonius had a workshop in Rhodes that could have been the source; according to Cicero, Posidonius made a similar model of the heavens in the first century B.C.


Know there are more than a few posters here who have studied the Mediterranean Area and are much more knowledgeable. I'm eager to get their 'takes" on this.

It is, as stated, a teaching machine (as was the first atomic blast). My question is how many X years would it take X number of Greek scientists working with crude instruments (even in writing) to record the slow motions of the planet to compile the necessary data and then prove it in the design of the machine?

Oh come on really, You are unaware that the Greeks inherited the knowledge of the Babylonians who had been accumulating that knowledge from previous cultures for over 2500 years
Introducing to you
The MUL APIN
along with the entire astronomical knowledge of Egypt...
(which by comparison was pretty amateur)
hehe Byrd

The Sumerians recorded that they were taught science by ET-like creatures,


They said no such thing, here is the "Electronic Text Corpus of Sumerian Literature", which contains every Sumerian text ever deciphered, please show me where they say that...
etcsl.orinst.ox.ac.uk...

Please at least show me where the word "science" even appears in any genuine Sumerian text, I've been looking for twenty years and haven't found it yet. lol