Hillary Clinton: "Likability"? Yeah, that too.

posted on Jul, 19 2016 @ 07:55 AM
link
When Hillary Clinton was running against Barack Obama for the Democratic presidential nomination, years ago, I described her as "a jumped up hillbilly white woman attempting to obstruct a Prince of Color on his path to glory."

My aim was comedy, but you never know how such remarks will be taken.

Hillary lost that campaign but then, like a good Democrat soldier, she put her shoulder to the wheel and helped elect President Obama and went on to serve in his cabinet as Secretary of State. This time around the President will be on the hustings slugging for Hillary. She will need him. She will also need her husband.

Hillary is extremely competent, probably the most competent candidate for President since Richard Nixon. She is thoroughly familiar with the corridors of political power in the United States, at the highest level.

One of the jarring realities of a democracy, though, is that voters don't vote simply for the most competent person. What attracts them to a candidate are intangible factors that might be lumped under the category of "likability".

In the course of her political career, Mrs. Clinton has forged a character and a personality that dominates situations, that is in control, but, that is not particularly likable. She succeeds by being in command of situations and by being very well prepared.

Her husband, President Clinton, was a very able administrator who balanced budgets and kept foreign entanglements to a minimum, but who really got through the most difficult challenges he faced by being a very likable guy. Americans, by and large, liked Bill Clinton and were willing to cut him a lot of slack on personal issues that might have brought a less likable personality down with a thud.

President Obama, he of the million watt smile, is very likable and the polls of approval ratings bear that out. He is miles ahead of President George W. Bush at a similar point in his presidency, and President Bush was another very likable personality, but serving through a much more troubled time.

When Bill Clinton was elected, one of the slogans of the time was "two for the price of one." Mrs. Clinton was that highly regarded.

That sale will be happening again this election.

With the very able Hillary, one gets the very able and very likable Bill. One hopes that by the end of the campaign that option will be obvious to the voter, who will also have the alternative of the likable and picturesquely confident Donald Trump.

People who read my threads will know that I have a lot of reservations about Donald Trump, the most important of which is that I don't think he is experienced enough in politics, national and international. I don't think he is ready for the responsibilities of the Presidency.

He is likable though, and in a democracy, likability "trumps" all other cards.

One of the clichés of life is the hard working, very competent, very responsible, very caring person who can never seem to achieve the esteem she is striving for. She can never do enough and doesn't know what else she can do and, most crucially, doesn't realize that she was loved all along, but not for the things that she thought were important.

She was loved for her baby holding ability. 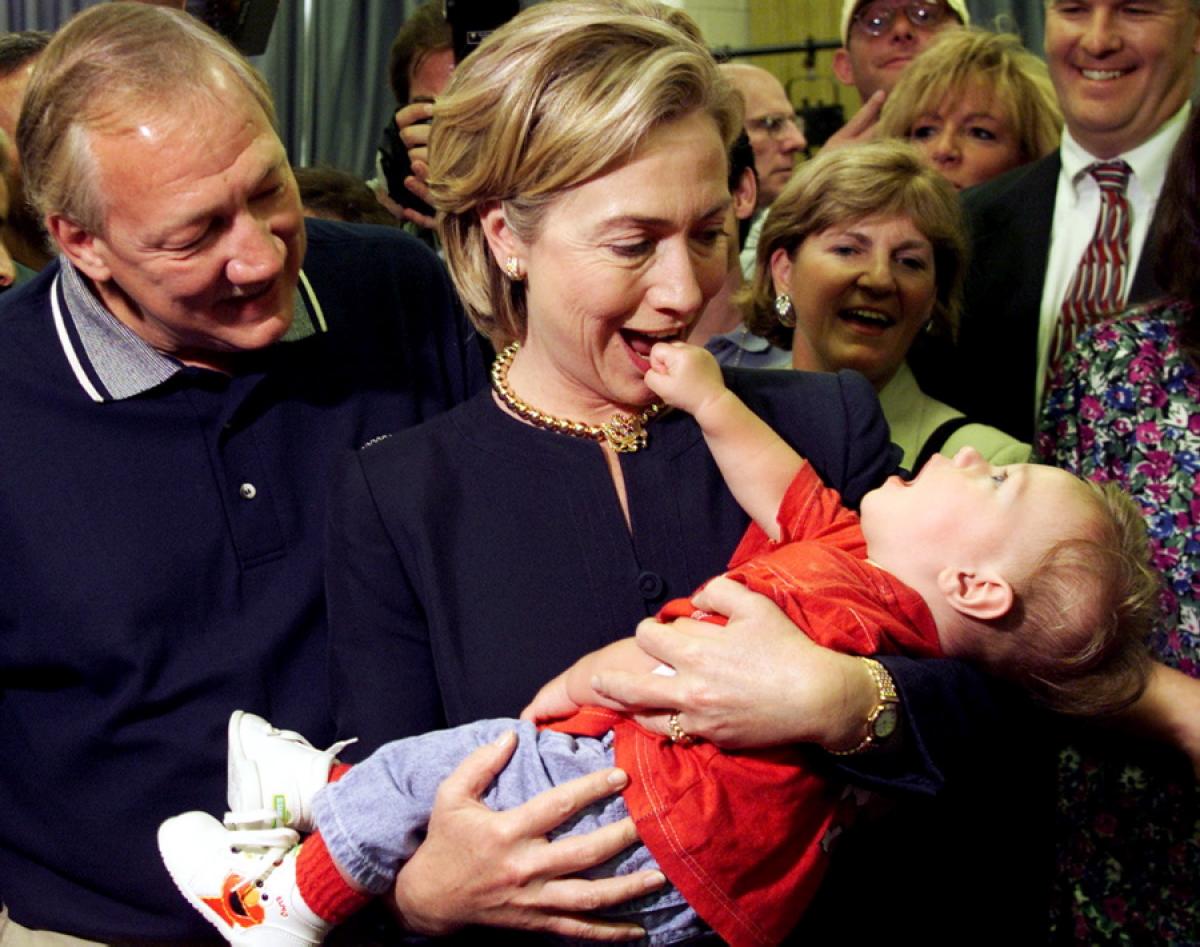 She was loved for being a babe. 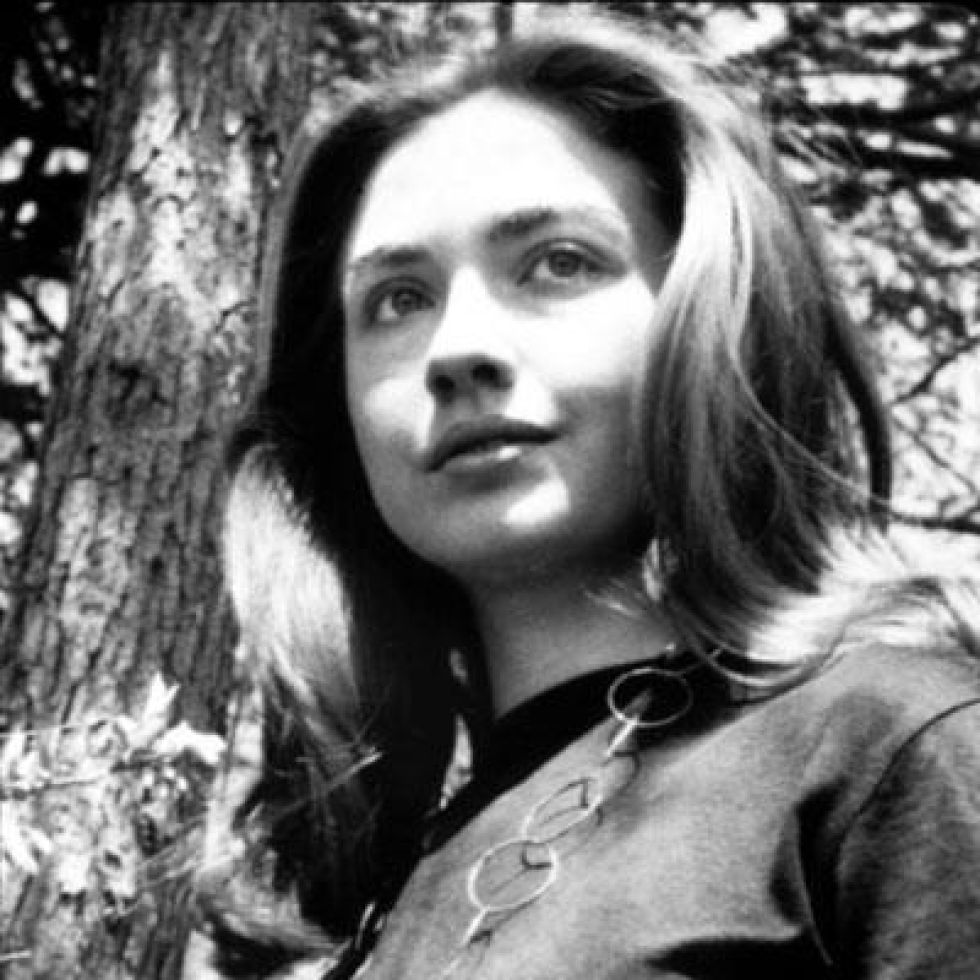 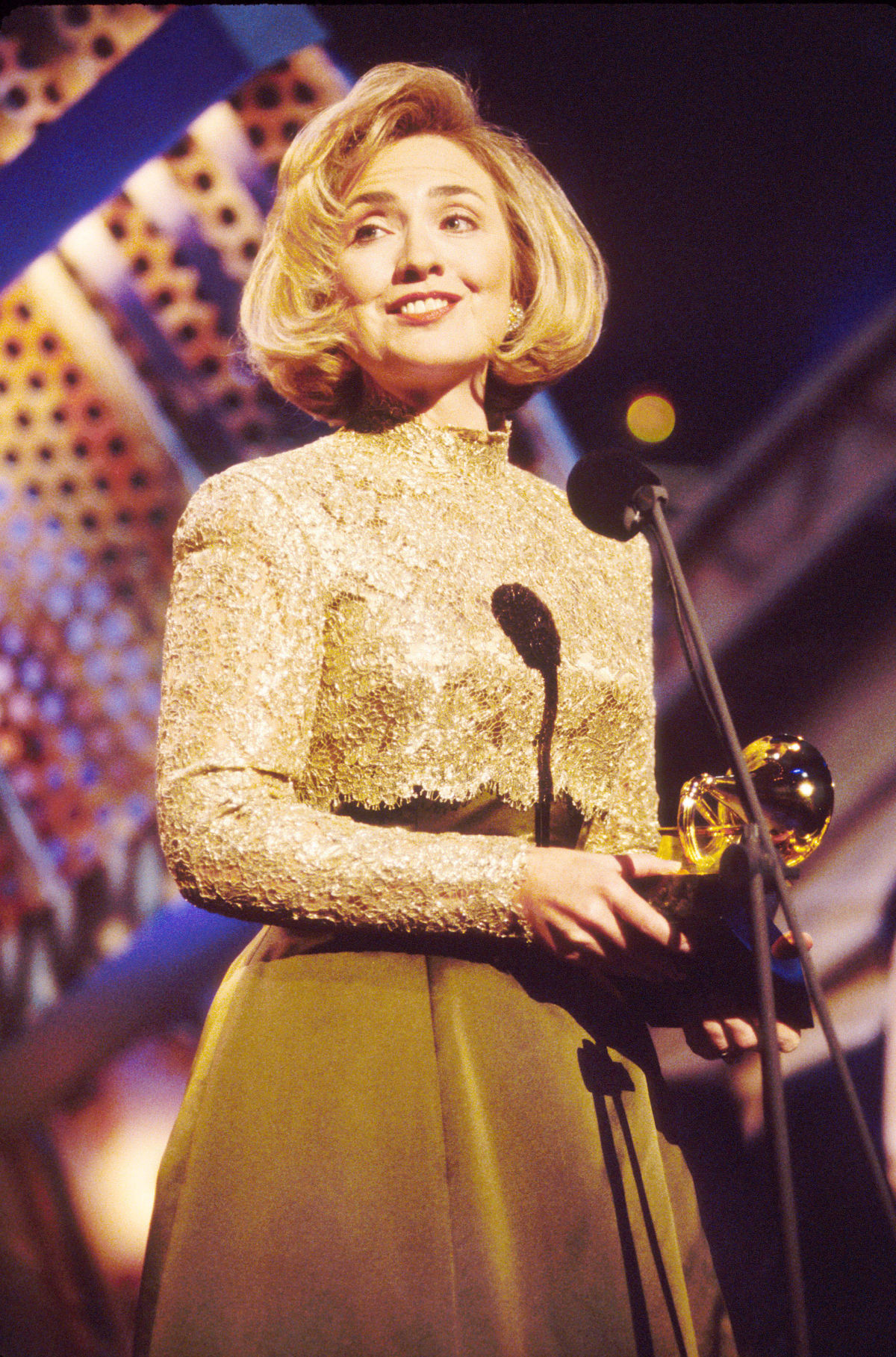 For being old fashioned enough and loving enough and strong enough as a personality, to go against the feminist grain, to take the pain it took, and still might take, to stand by her man. 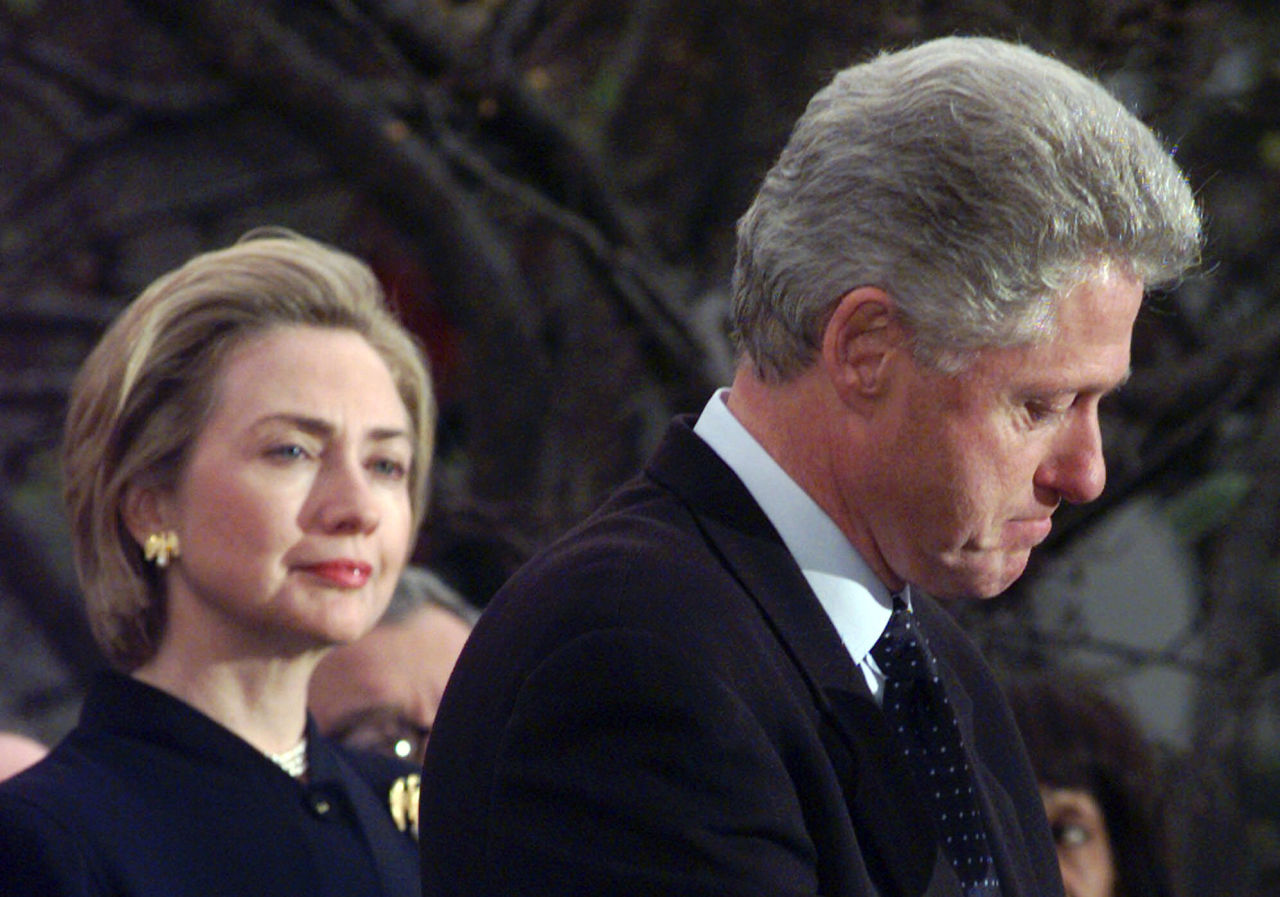 I have no doubt that Hillary Clinton has no fear and no lack of confidence in her ability to take on the challenges of the Presidency. I do hope that on the campaign trail she will give the voters plenty of looks at the professional Hillary and even more looks at the personal Hillary. I think Donald Trump might find that the latter gives him a lot more trouble than the former.

It truly is a "Silent Majority".

The Country has rejected Dynasty's,

No matter what happens, both are better than what we have now.
edit on 19-7-2016 by whyamIhere because: Too early

Seeing the word competent in the same sentence with Hillary Clinton, just feels utterly wrong and not true.

Maybe she was a "babe, but now, she's nothing more than a lying criminal that belongs in jail.

posted on Jul, 19 2016 @ 08:08 AM
link
Thats what bothers me about any 'career' politician. They want power to exploit it. Not to serve the people but to serve the state.

She still looks very good for her age despite the horrid things said about her...


With all that said she is a liar, and I'd always go for personality over looks.
Always.

She was a babe?
Baby holding ability
An "artiste" with an "e"
Loved for not what she could do but being herself, as opposed to someone else?

She is an old hagy looking thing, screechy like a witch
She cackles when bombs are dropped on children in other country's
An artiste, bullsh&t artiste, lying old hag
Loved for her capacity to make the rich richer and loves money and power
Politicians are voted to serve their constituents, she serves money and herself

Avatar,with nazis with smiles on their face, seems fitting

She's not a babe no more, father time has made her fugly. I find it funny that her supporters showing pics of when she was younger, that is not the Hitlery as of now.
edit on 19-7-2016 by imitator because: (no reason given)

your right on one thing, that you get 2 for 1 if you vote for HR(C). you get two criminals.
one is busy getting busy in the white house, hes a cheater,liar, womanizing, epstein jet riding, dishonest bag of scum.

the other... well she lets bill do that, and after lying 4117 times to the american public, she now sounds like the teachers from charlie brown.... womp wom wa wag wag wom wamp.........

i can trust trump to do what he says....


Anonymous put out a much more accurate assessment of Hillary Clinton!

There are reasons WHY HRC is not liked way beyond the OP flippant assessment.

In the course of her political career, Mrs. Clinton has forged a character and a personality that dominates situations, that is in control, but, that is not particularly likable. She succeeds by being in command of situations and by being very well prepared.

You got a little something on your nose.
No, I don't like her and sure as Hell don't trust her. A person who got their start by being kicked out of Watergate for an ethics violations for God's sake [ do you even get the irony of that? ] and has gone down hill ever since. She has done nothing but use her political career to gain money, power and influence, lying at every turn, to benefit herself. She has been caught in lie after lie after lie and then lies some more to change the story. She said Benghazi was because of a video and knew that was not true, then lied to the loved ones of those people and the people of the United States. She has done nothing for this country. Her solution to terrorists? Empathy. Money from countries that support those terrorists? Sure! Cash that check!
I will vote for a blowhard like Trump long before I will even think of voting for a lying, power hungry psychopath like Clinton.
edit on 19-7-2016 by DAVID64 because: typo

originally posted by: avgguy
It's not even likability, it's honesty and character. The woman is the epitomy of "holier than thou."

The reason I started the thread was a clip I saw of an interview she did with Charlie Rose. We have been so saturated with "The Donald" lately that I became very aware of the difference between the emotional qualities of the two candidates' personal presentations. Mrs. Clinton could have been sitting at her desk at State during the interview. It was just part of one interview, but it made me realize that she will be dealing with most voters on a much more personal level and I wanted to address the fact that she does have a personal reservoir to draw on and that it should not be neglected.

I don't think that Donald Trump has an edge in honesty over Mrs. Clinton, or in character.

No matter what happens, both are better than what we have now.

President Obama's personal approval rating with the American people has been consistently high for many months. I realize, of course, that he got the Nobel Prize for being the "un-Bush", so his rating might just be a manifestation of post traumatic stress syndrome, but still . . .

originally posted by: Nikola014
a reply to: ipsedixit

Seeing the word competent in the same sentence with Hillary Clinton, just feels utterly wrong and not true.

I think she is competent. Donald Trump has been chanting "crooked Hillary" and "incompetent Hillary" for months but he is given to reflexive projection of his own faults onto other people. His characterization of her handling of the Benghazi affair is a dreadful smear that bears little relationship to reality, like many of his pronouncements.

Thats what bothers me about any 'career' politician. They want power to exploit it. Not to serve the people but to serve the state.

And Donald Trump is going to change all that? Not a chance. To do so he would have to repopulate the Congress and Senate with hand picked candidates. Mr. Trump is, whether he likes it or not, going to have to deal with the world he will live in, if elected. I'm sure that thought has not escaped him but it seems to have escaped his supporters.

With all that said she is a liar, and I'd always go for personality over looks.


Trump is captivating many voters with his line of patter. There is no doubt that Mrs. Clinton will have to deal with the enemy where she finds him, but then so will he.

I take it you will be spoiling your ballot?

Have you taken a look at Donald "The Great Pumpkin" Trump lately?