Like say it was down to 1 billion. Well wouldn't that save the environment? The way it's going there will be nothing left at the rate people r consuming and multiplying.

We're all competing more and more harder and harder for space to live. We're ok but our grand kids r screwed. They'll be like 40 billion people eventually we will eat each other for food.

posted on Jul, 18 2016 @ 04:15 AM
link
WW3 is on the go and has been for many years. Muslims are fighting in every country of the world. Cultures are been changed, freedoms removed, people in danger every day world wide.In many ways WW3 is diffrent to WW1/WW2, in that the killers live our streets, walk in our citys,and PC stopes us from doing anything to protect ourselfs, even children cannot be protected.

originally posted by: lavatrance
If new k's r really real then wouldn't an exchange be a good thing for the planet if it reduced the population ?


Like say it was down to 1 billion. Well wouldn't that save the environment?


The way it's going there will be nothing left at the rate people r consuming and multiplying.


overconsumption is a issue, yes, but often these emergencies push us to innovation.
With mass capitalism fueling aggressive stripping of resources, huge corporations are already seeking out alternative means of progress..Japan is working on a space elevator. This will eventually get us colonizing space, so lets not panic just yet, as the symptom may be the kick we need to get the next chapter in humanity started.


We're all competing more and more harder and harder for space to live. We're ok but our grand kids r screwed. They'll be like 40 billion people eventually we will eat each other for food.


actually, as nations become wealthy, birthrate drops
Japan for instance is having a crisis, the population is shrinking, same with many western nations (the big consumers), so it seems with riches comes a slowing of population. the major population centers are poor countries (india, china) and I suspect China will be reducing soon also. I think it will top off at around 12-15b ppl. that is based on estimates from scientists who suggested it would hit that but not much more
That is a lot of people, but with tech doing more and more, we should be ok. underground and ocean farms and all that.

The environment is fake anyway.

And if there were a ww3, that would be fake too.

The war on terror and terrorism is totally fake!!!

I'm keenly aware that for more than 60 years, the full court press propaganda and social manipulations of the oligarchy have held sway and been increasingly massively effective.

And, those satanic genocidal monsters will achieve about a 50% reduction in the population toward their goal to get down to 200-500 Million globally.

Thankfully, they and their critter advisors, bosses are horribly wrong and will pay for their hideous, murderous, cruelties.

Those willfully, uncritically, seduced into their manipulations will not fare much better.

Believe their swill at your own peril.

Yeah, they have been setting up WW3 for a long time and will light it off in the not distant future. And, billions will die. Probably 1/3 of the earth's population in their initial destructive genocidal binges. And another 1/3 of what's left maybe 3.5 or so years later.

The king of hell is interested in massive deaths because he is obsessed with death. It is his business as the only way to take revenge on God for being kicked out of heaven for the fallen 'angel of light's' arrogance and rebellion.

He's also a compulsive liar and the father of lies.

And the consequences of sucking-up to the Deceiver's lies are even less pretty.

It is interesting that I have yet to observe a massive march for voluntary extermination in behalf of the planet. And it would be horrifically tragic were such to ever occur. Certainly the planet would likely merely yawn.

OP Some want to see the world burn. Don't be one of them.

I was taking about this with a mate the other day.

No need for mass extermination. If a world war was to happen I honestly believe EMPs will force fighting to be local and the majority of people will be pre-occupied with surviving. After a while we would start regaining our tech and rebuilding society.

Hopefully by then the world will realise consumerism can be beat and things can be built to last. Also we'd see the recovery of the planet during our down time.

An optimistic outlook and theory.

Well it would seem those "... satanic genocidal monsters will achieve about a 50% reduction in the population toward their goal to get down to 200-500 Million globally..." suck at planning, execution or just plain math.

During the time frame YOU chose (the last 60 years), the population has gone from 2.5 to over 7 Billion...

It seems the forces behind antibiotics, clean water, reliable food supply and modern medicine have plotted against those guys and their dastardly plan and have executed it with much greater efficiency.

When people talk about overpopulation = YAWN.

There is enough room for 25 Billion people on this planet maybe even more. Don't believe the BS that the media and all the brainwashed people try to tell you that there is too many people. The world has the means to put every single person in a their own house and feed them for the rest of their lives but they won't do it. It's all because our world is infested with a cancer that we call Capitalism.
edit on 18-7-2016 by BLee8127 because: (no reason given)

posted on Jul, 18 2016 @ 04:49 AM
link
For all those wishing for a world war three, I sincerely hope the first bomb lands on your right shoulder, just to make sure your head gets blown off.

originally posted by: pikestaff
For all those wishing for a world war three, I sincerely hope the first bomb lands on your right shoulder, just to make sure your head gets blown off.

i dont beilve this is true. The goverment have clean energy sources and free energy if they decided to give it us.
the world is pretty bad . WE have so much room for farms etc but none are being placed - if food shirtage maybe a consideration.

the fatc is we can accomdate the amount of people there are now, and even more so if goverments change their ways.

I could wait a long time.

I'm NOT AT ALL eager to see the suffering--regardless of how much or how little I'll see.

I am eager to see My Lord and My God face to face. It's the between-time stuff I'd rather avoid.

However, I know that God has infinitely more compassion for our suffering than even we do about our own pains. Somehow, He has it all factored in such that the sufferings--the worst of the sufferings of this life are NOT WORTHY to be compared with the glories and Joys of eternity with HIM.

I think 4 year old Colton Burpo's Heavenly visit is but a vivid affirmation of that truth.

Evidently you are not a very effective student of their plans, strategies and time-lines.

They do know that mostly specific long range planning does not work.

They do, however, succeed very well at moving geopolitical puzzle pieces toward their long range goals . . . and achieve them step by step.

If you are failing to observe the massive set-up toward a horrific and devastating WW3 just around the corner, I'm sad about your perceptiveness.

Ah well, it will catch up with the nightly news in due course. And life will never be the same again.

What's left of it.

I don't know of anyone but the globalist oligarchy and those most severely brainwashed/propagandized by them . . . who is eager for WW3.

So their plan to reduce the population was to covertly TRIPLE it over six decades...crafty. Very sneaky buggers indeed.

posted on Jul, 18 2016 @ 05:38 AM
link
as long as i have a gold wonka ticket in the 1 billion, i'd love to watch it on pay per view and be happy knowing i'd now be on a holiday, a perminant vacation and living off a cigarette with wine. 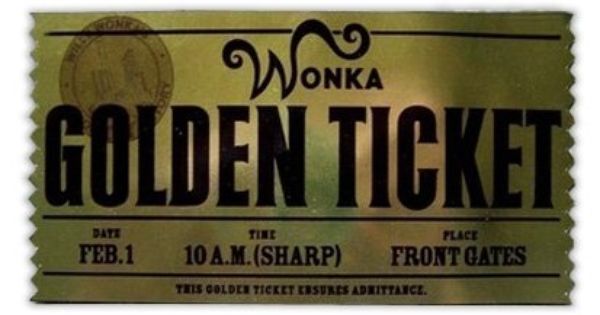 posted on Jul, 18 2016 @ 05:43 AM
link
If the end result is so awesome, why go through all the death and destruction before we do the right things?


Change doesn't always have to be so traumatic....