posted on Jul, 14 2016 @ 09:53 AM
link
Okay guys, yesterday Bethesda released their major update to Fallout Shelter, and included in that is the Official PC version for Microsoft Windows.

Fear not! The official PC version is now here!

However, to get it, you do not go to the Google Play store. Those are specifically for iOS or Android devices, and you will not find the Windows version there.

Instead, you will need to go here to Bethesda.net, once there, you'll need to register a free account with them. Once it's set up, you'll need to download and install the Bethesda Launcher.

This can be found via the download arrow next to your username in the upper right hand corner of the web page. I'd link it here, but it would cause an auto download, and that's a no-no here on ATS.

It takes just a few minutes to download and install. Once it is, run it and log in. You'll see two icons: one for the Creation Kit, and the other for Fallout Shelter. Click on the Shelter icon and you'll have a screen with a "Install" button. 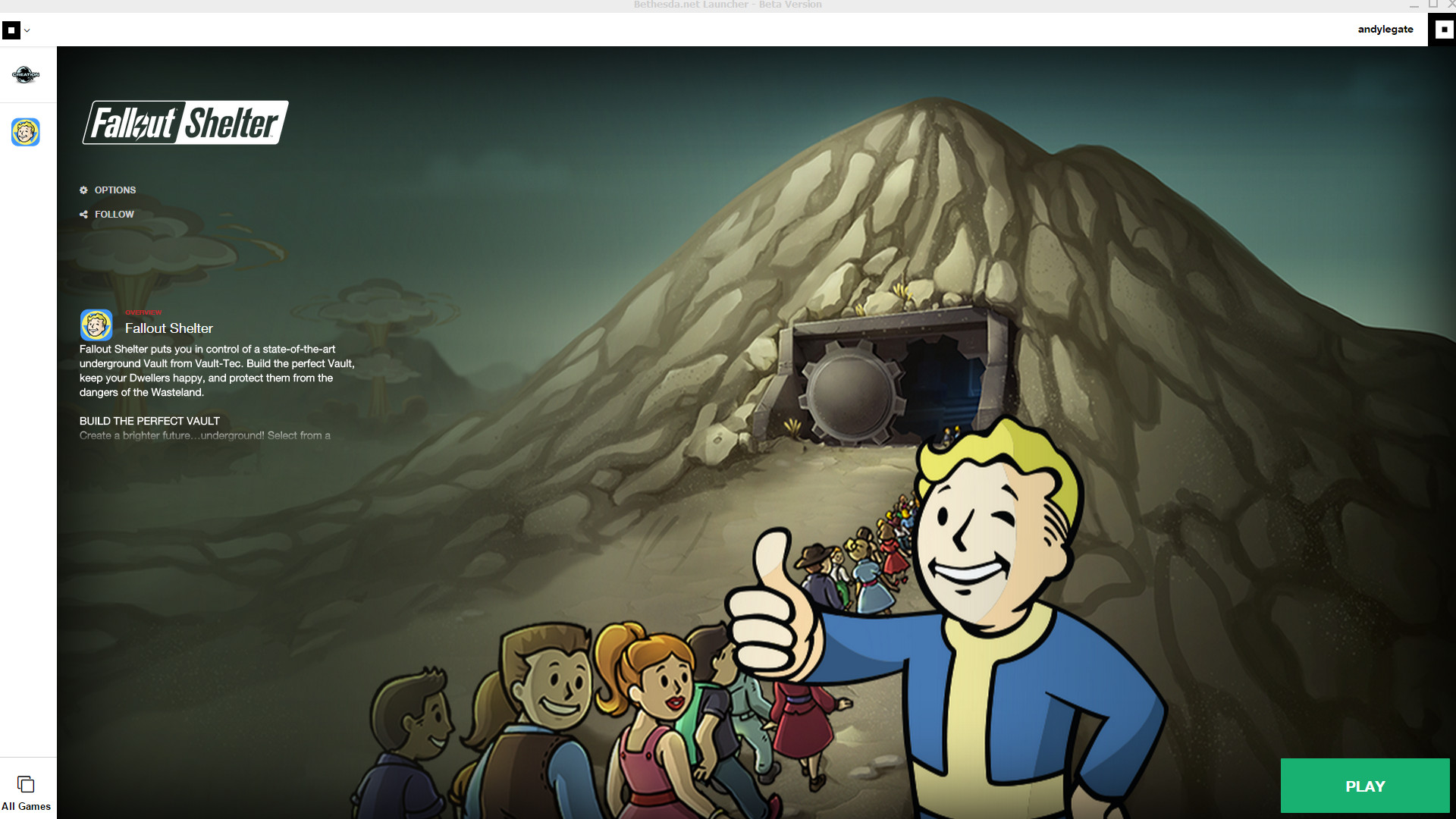 I can tell you now that I've been having a blast with Shelter like it was, but since the update yesterday, WOO-HOO! You get to build an Overseer office, and with it, you get to send your dwellers on Quests where you go exploring the wasteland with them. They've also introduced Nuka Colas that you collect that can either accelerate your crafting in your vault, or speed up how long it takes your dwellers to get to their Quest places. 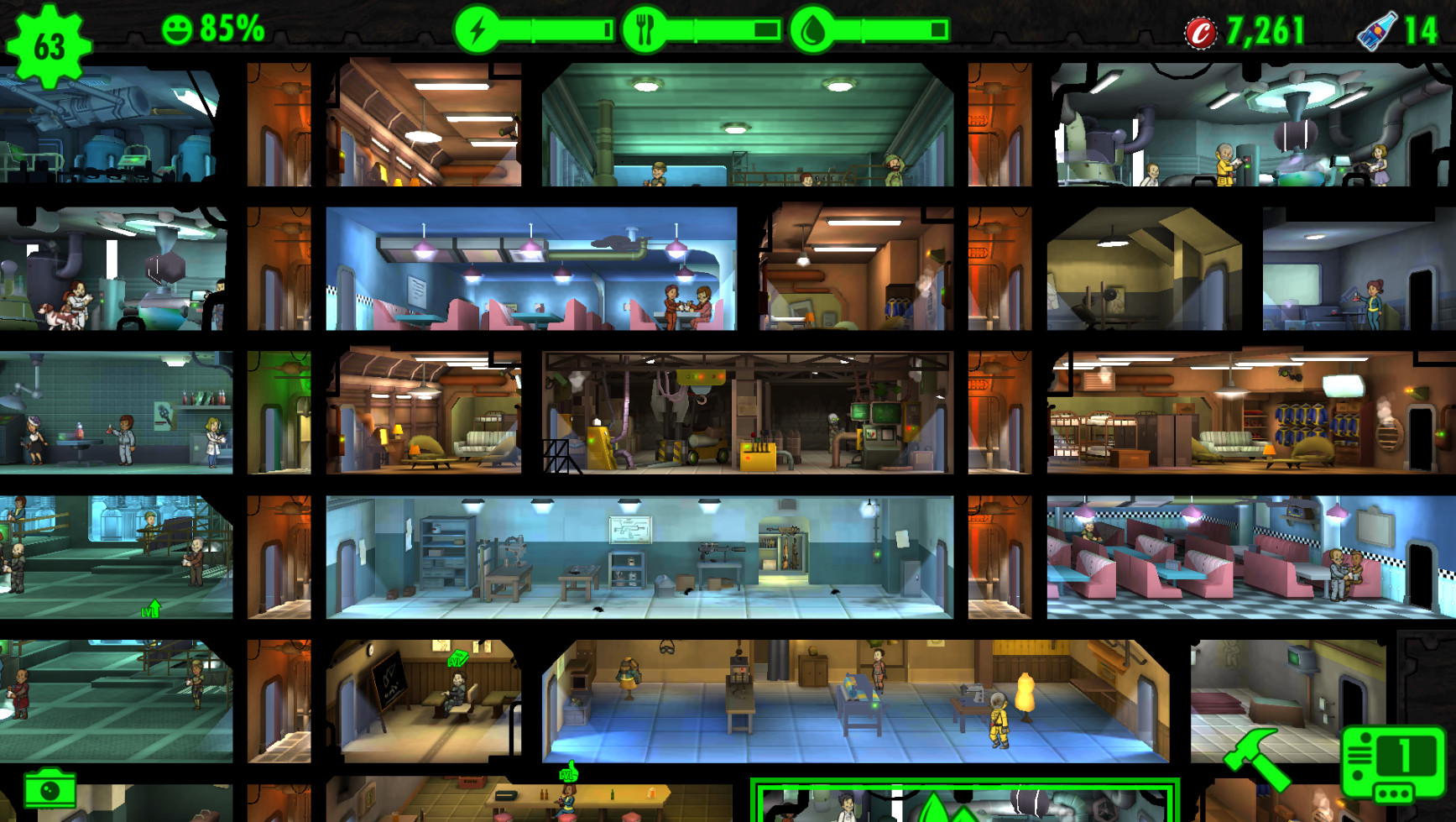 And don't forget, on 26 July, Bethesda will be releasing their Vault-Tec DLC: 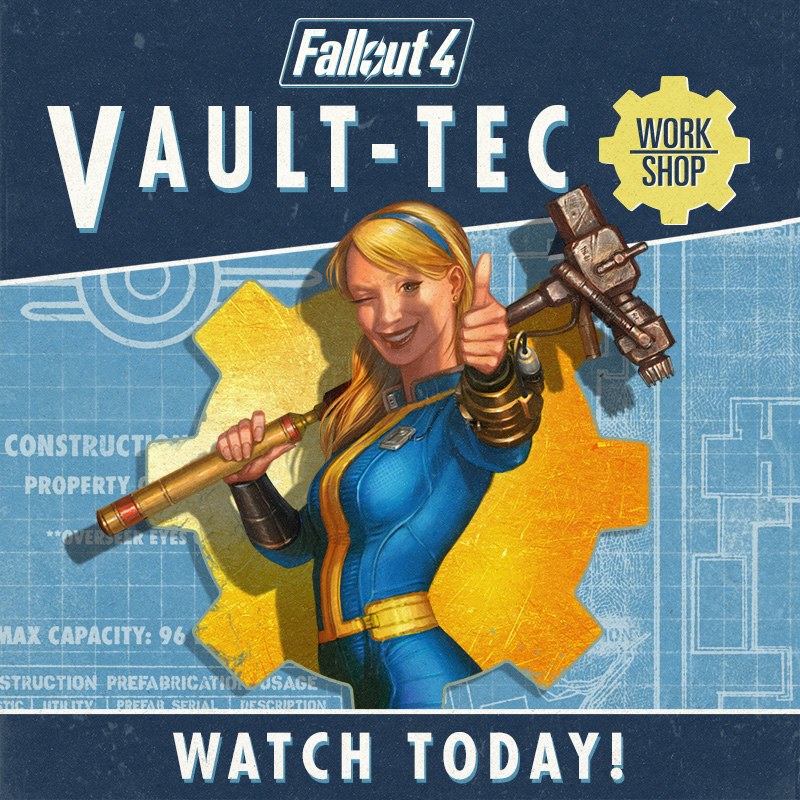 posted on Jul, 14 2016 @ 10:21 AM
link
finally. I dont understand why it took them soo long to make a PC version. I used to play it on the andy (droid simulator), but it became too much of a hassle, so dropped it.
thanks, will grab it. it is mildly amusing to play.

posted on Jul, 14 2016 @ 10:30 AM
link
Thanks OP, I had already maxed out/beat the mobile version and needed a new platform to waste all this extra time I have!

posted on Jul, 14 2016 @ 10:35 AM
link
I can say that the graphics are much "crisper" than when I was playing using a droid simulator, but that's not too surprising since this is geared towards a PC monitor instead of a tablet screen or smart phone screen.

Also: zooming in and out, I can use the mouse wheel now! Yay! Was a PITA in the emulator.

originally posted by: eriktheawful
And don't forget, on 26 July, Bethesda will be releasing their Vault-Tec DLC:

This DLC flew under my radar. I wonder if its covered under my season pass.
That is..like everything I could ever want out of a fallout game. my most favorite mods in FO3 were the several player made vaults where I could get every non jackass from the wasteland to populate and make the best vault ever.
I would love a FO game specifically about that. running a fully realized vault. doing experiments, trying to balance people with jobs, food, etc etc..digging and maybe even tunneling for new rooms, expansion or dramatic population reduction for science, etc.

excited. first DLC of this game I am actually interested in now.

If you bought the Season Pass, then yes, it and the next one (Nuka Cola World) are also included. All of the DLCs are in that.

Everything is coming out all at once.

Fallout Shelter on PC, WoW's Legion pre-patch in a few days, Starbound release in a week, No Man's Sky a couple of weeks later, WoW's Legion release a couple weeks after that.

Give me some time!! Haha.

Oh, you bought the season's pass. I'm so sorry for you I hope you at least got it when it was on sale.

Not sure what is going on there. All my desktops here at home are running 64 bit systems, so I couldn't tell you. I'd think that Shelter could run on a 32 bit system just fine.

Not sure what is going on there. All my desktops here at home are running 64 bit systems, so I couldn't tell you. I'd think that Shelter could run on a 32 bit system just fine.

Yea total bummer, dl'd from many alternate sources as well (cracked software) all require 64 bit.
I have a 64 bit rig and it's a beast. I stay in a small room with no air conditioning and it has such a high power supply it makes it too hot in here so i seldom use it. Anyway thanks Eric.

Oh, you bought the season's pass. I'm so sorry for you I hope you at least got it when it was on sale.


Yeah. well, the fall harbor is ok I suppose, just..very meh. hmm..well, nothing has really blown me away yet, but this sounds 100% up my alley and justifies it all.

As far as 30 bucks for all the dlcs...I am ok with it. the game alone I have gotten crazy amounts of hours in already..bethesda is a company I gladly support simply for the sheer amount of fun playable world they give and the scope they deliver. not perfect, but what a glorious sandbox for the $
no ragratz
But I am putting my hopes in this vault stuff to be the gamechanger for dlcs..if not..whatever..plenty of mods coming out daily for it...and I just figured out how to make it work with my oculus rift yesterday, so, new character, new experience, new world, and eventual overseer it seems

Oh sweet, $30 was the sale price. The only DLC's that look good for me are far harbor and maybe nuka world. I like having new quests and areas to go to.

You pretty much nailed it for me.

Morrowind, Oblivion, Skyrim, Fallout 3, Fallout NV, and now Fallout 4.....each has been a lot of fun to play in their own ways. DLCs may not always add enough things for everyone, but they are things that can make some happy. Being on a PC, the mods that people put out extend the life of the games even more for me.

Each game has it's own charm and things that I both like and dislike about them.

The same holds true for other games like Mass Effect 1, 2 and 3 (and eagerly I await 4 due out next year), and Bioshock 1, 2 and Infinity.

I don't really hate any games. If it's something that doesn't seem to appeal to me, I just don't get it.

Sometimes though, I'm happy with a game, but then it gets nerfed, like 7 Days To Die, I was very happy with it.....until they added temps to the game. Hey, I like realism too, but they made it to where you get heat stroke much too easy in the game when you're not even in a desert area, so the game was no longer fun for me. Or the fact that each time they do an update, your saved games are toast because they are not compatible with the newer version.

But: that's what happens when you play an Early Release game.

originally posted by: eriktheawful
(and eagerly I await 4 due out next year)


I have fallen out of love with Bioware as a company. they are seemingly trying to become a political platform moreso than a gaming company and even if I agreed with their politics, I dont want my entertainment worried about sending political messages. I want them to simply make good games
in saying that...
I am very much looking forward to ME4. I loved the entire ME series..even the hated 3rd (well, the ending was hated..and for valid reasons, although I think after the extended release, it was a bit overplayed).
I am hopeful that it is as they are suggesting..loads of more exploration and more open ended..like a space skyrim influence where you can make real choices like which races settle which planets, etc...
although that also worries me..too much open ended choice = poor writing for followup titles of the series..
But, give me one mega expansive and open game, then simply make a canon choice for future games. most are ok with canon choices if they have a gigantic set of options from previous games.


but they made it to where you get heat stroke much too easy in the game when you're not even in a desert area,

so the game was no longer fun for me. Or the fact that each time they do an update, your saved games are toast because they are not compatible with the newer version.

But: that's what happens when you play an Early Release game.

Thats the balance issue. what amount of realism and survival is fun, and what is just a drag.
whereas I like some survival aspects (I really wish TES/Fallout put in the options for a required eating and sleeping else stat degredation over time), but it can very quickly become micromanaged annoyance more than fun. bathroom breaks is a good example (sims series). baths..neat..toilet..come on...especially since it takes 45 minutes to complete.

Anyhow, what a great hobby to have. it will forever keep you up to date in tech, humor, related to all ages, brain sharp, and simple great entertainment. Anyone talking down about gaming will one day be very bored and disconnected individuals unless they are extremely wealthy and live like a rockstar