Can life be greater than a magical carpenter?

unless you start speaking of multi-universe, or other dimensions

If the multiverse theory is true that would still fall under the universe.

As would other dimensions.

If we found other "universes" that would just mean we have to re calibrate our understanding of universe.
We would just go from living in our universe to living in a sub-universe.

But so much more to gain from those questions than how thick should the stick you hit your wife with should be.
edit on 13-7-2016 by Krahzeef_Ukhar because: editing is fun

Is our purpose really just to strive for pats on the head?

? if you are going to talk semantics you should stop just making stuff up.

why do u beat your wife with a stick?

and why use a stick?

there are better options

It's all about learning. I always thought the rule of thumb was religious.
It was just good 'ol fashion wife beating. My bad.

I'm not making stuff up tho. Just showing my ignorance.

The magical carpenter:….
Is that the purpose of life?


I think I know what you mean however you post title doesn’t communicate it very effectively.The magic carpenter(Jesus) is an invention mans religion He wasn’t even a carpenter he was more like a construction worker However he is not necessarily a myth because the story isn’t true but because it has been twisted into the doctrines of men(religion) that are blind guides leading the blind.

The fact is Yahoshua communicated by proclamation a very basic construct he called the Good news(gospel)… which was Yahoshua which in Hebrew means Yahweh(the creator God) is deliverance/salvation.

The religious believe that means something very different than what Yahoshua clearly stated.The basis is he is the “seed”(the son) of the living word of the creator God.In essence he was saying he is the “Life” (spirit) of the creator God.The life all of creation is experiencing now is more accurately described as”the valley of the shadow of death”.In other words ALL of creation’s “life” will die including the universe itself.

Yahoshua proclaimed the Good news of Yahoshua from Hades which means the realm of death(the grave) and the realm of imperception (religion).He did not explain how it worked and of course it doesn’t matter even if he did because it would be as incomprehensible as E=MC² to an ant.

What matters is if it is true because life in the valley of the shadow of death is not Life(spirit).The fact is it is impossible to “know” the mechanics of how this works however by observation(such as science) we can know how the life process works and EVERYTHING is born from a seed(exactly what Yahoshua proclaimed).

The most reasonable observation is the universe is “like” a matrix/womb.Everything inside of it is being conceived and has not been born yet(unlike what some of the religious believe).Just as we were conceived of our “fathers” seed(a spermatozoon) that was “married”(zygote) to our mothers egg so is ALL of creation being conceived to LIVE, not die.

It is innate to human nature to desire life instead of death.Yes unfortunately some are perverted and relish death (usually others).That is not like “not” fearing death.That of course begs the perennial question of your OP…..
what is the meaning of life if we just die anyways…and of course the answer is this life’s death is only a stage of Life.That doesn’t mean it is worthless it only means this life's death is not the end which again is what Yahoshua proclaimed.

The biggest perversion of the Good news is this Life is granted to the self chosen many(the religious) belief.However by their nature of religion and character of corruptness they are elitist condemning others that do not believe their ‘religious doctrines” to infinite torture by their God…and once agin that is not what Yahoshua proclaimed at all but quite the opposite.

Yahoshua stated over and over in many ways that the Yahoshua came to deliver ALL of creation(including ALL of mankind) from Hades and to fear not because the Kingdom of the creator God is coming.It is NOT here as many “spiritualist”believe the Kingdom of God is within them…again that is not what Yahoshua stated that is just another doctrine of men.If ANYONE was in the Kingdom(realm of authority) of the creator God their body would not be dieing and WILL die.

Yahoshua proclamation is everyone WILL enter the Kingdom of the creator God AFTER they have died and are resurrected to Life (born anew) BY the creator God's deliverance(Yahoshua) because it is the process of Life and just as the spermatozoon did not conceive itself or cause the marriage conception with the egg, so it makes ZERO sense that man has anything to do with their conception to Life especially by religion.

The crux of what Yahoshua was proclaiming to all of humanity is”you are ALL going to die…very soon…however do not fear because it is only the beginning because you WILL be delivered to Life”.

That is the Good news.Yahoshua never prescribed how to achieve this Life he only proclaimed Yahoshua as fact and denied the great ignorance of those that believed otherwise(the religious).The bottom line for this life is..live..it is going to be very short.Be mindful because the life you live now is a shadow of your Life.If your life is religious you are not living but beginning to die.The final cure for religion is the 2nd death….the lake of fire by tormenting(which is the translation of the Greek word basnizo a touchstone that test precious metals).

The perennial question is not easily answered because it is impossible to know everything(or even very much) HOWEVER the great ignorance of it can be answered.The life of a human(and all creation) is temporary.It is a stage of a process that cannot be controlled in any form by anyone experiencing it.It’s purpose is a conception and in effect the Life has not even begun yet.Live, love and laugh for tomorrow you die…..then LIVE!

Lot's of words. Not much said tho.

Is our goal to be a lap dog?

I would love to see you elaborate some on your OP though.

Your thread entitled Top 3 problems with Evolution / Creationism contained some of the finest writing on the evolution debate I have seen.

This topic deserves the same treatment.

I've written about the purpose subject quite a bit, this search links to a few examples.

One of my favorite quotes:

The good news is that modern culture, based on the premise there is no inherent purpose or positive design in human life, has been exposed as a long-term Illuminati psy-op designed to demoralize us. It will fail.

The Satanic Origin of Modern Cult-ure

The scientific method is my bible. If I can not measure and quantify it, it is BS until proven otherwise.

You don't believe in love?

That failed miserably but a few actually read it and answered as I hoped.

Too many people are too concerned with being right, not realising that being wrong is so much better.
You can't go anywhere from right.

It is the ultimate question but no one seems to treat it with the respect it deserves.

It's also very relevant since love and purpose I believe go hand in hand as well.

Quite a few NDE subjects were told (while out of their bodies BTW) that love is the key reason for life.

Many say that they we're asked questions such as "did you learn to love"...

The truth remains the truth regardless of whether or not anyone accepts or believes it.

The truth always rests with the minority. 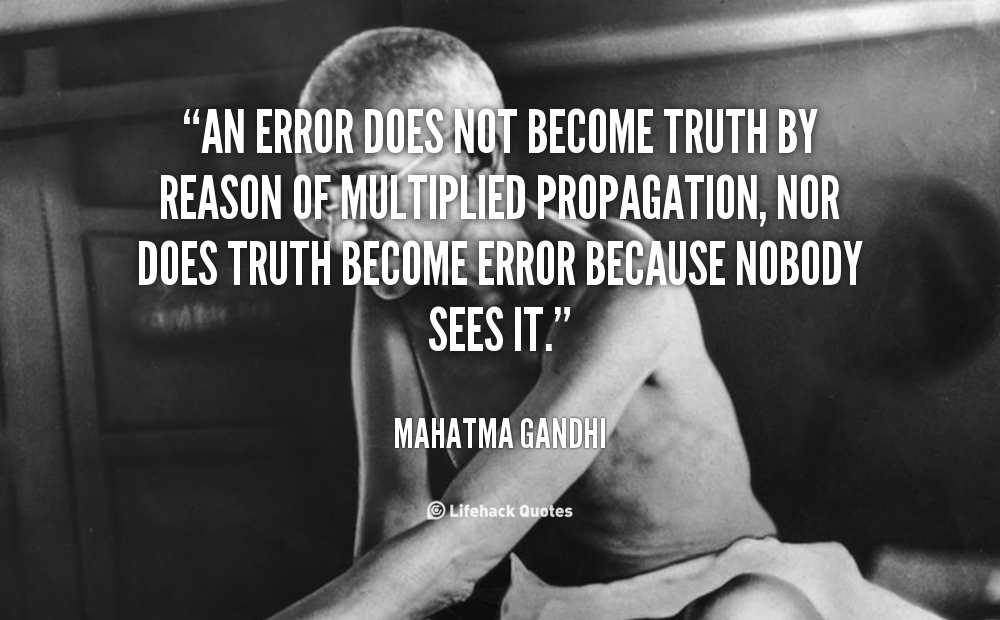 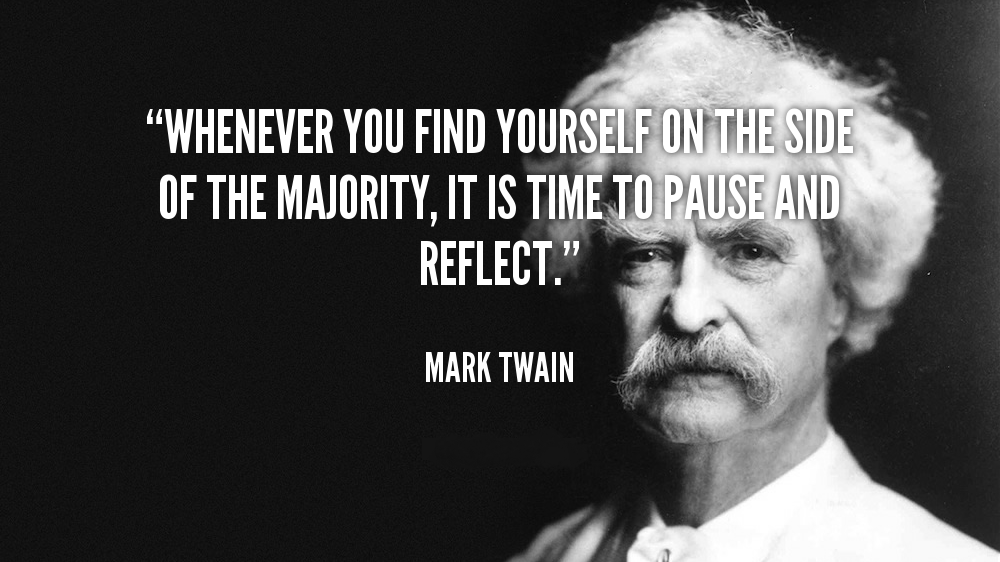 originally posted by: Krahzeef_Ukhar
Is that the purpose of life?

We've gone to the moon. We've understood how it all began. We've done (as a species, personally I've been a dead weight) brilliant things.

Is our goal just to be a lap dog?


Is that the purpose of life, evolve so we can go to the moon, learning how it all began, be a dead weight
Is that our goal

God dwells in humanity, not completely, not to a point we are complete, but God dwells in those who accept Him
That kind of makes us co equals with God, not pets, the promise is the future where we become something more than we are now
Already we as humans are something special
We are created for relationship, do something special and love with kindness and care
It's more important than going to the moon

You silly. Me laugh at you silly.

That's not my goal. I don't care about some carpenter's son who lived 2000 years ago. I care about my life and what I can accomplish.

That's funny from a guy who haunts, trolls the forums dedicated to belief
If you didn't care you wouldn't be here, you would be talking ghosts and abductions but no here you are, all the time, in a topic you don't care about, hmmm

1+1=something entirely different for ks

You silly. Me laugh at you silly.

Of course it's silly, the bible states clearly that to the secular world these things are foolish
I agree, it's silly to you

Pat on the head and you can run along now

posted on Jul, 13 2016 @ 07:06 PM
link
I personally find the magical carpenter to be liberating. He frees me spiritually.

There is nothing about what He has done for me that says I cannot aspire to Mars or anything else. Whether or not we ultimately achieve those goals? Who can say? I have my private suspicions and beliefs and also my private wishes.


originally posted by: Krahzeef_Ukhar
Is that the purpose of life?

We've gone to the moon. We've understood how it all began. We've done (as a species, personally I've been a dead weight) brilliant things.

Is our goal just to be a lap dog?

Is that the purpose of life, evolve so we can go to the moon, learning how it all began, be a dead weight
Is that our goal

God dwells in humanity, not completely, not to a point we are complete, but God dwells in those who accept Him
That kind of makes us co equals with God, not pets, the promise is the future where we become something more than we are now
Already we as humans are something special
We are created for relationship, do something special and love with kindness and care
It's more important than going to the moon

No. That's not our goal. I'm just trying to say that we have amazing potential ruined by a hypothesis which puts us into a child state looking for approval.

Sure some people may misread old books to the level that they think they are equal to the slavemaster.
But is Samuel Jackson in Django something to aspire to? (I really wish I could just say House ..... )

I don't claim to know what the purpose is, I do claim what it isn't however.

originally posted by: ketsuko
I personally find the magical carpenter to be liberating. He frees me spiritually.

There is nothing about what He has done for me that says I cannot aspire to Mars or anything else.

This is exactly my point. To paraphrase... "He doesn't say I can't do it".
You are freed spiritually by a belief in a controlling force which treats you like a child.