EU sanctions Spain and Portugal. Who is next?

Finance ministers of the European Union (EU) backed sanctions on Spain and Portugal for breaching European rules on budget deficit targets on Tuesday.

"The Council found that Portugal and Spain had not taken effective action in response to its recommendations on measures to correct their excessive deficits ... The Council's decisions will trigger sanctions under the excessive deficit procedure," the European Council said in a statement on its website on Tuesday."

EU sanctions Spain and Portugal. Who is next?

Guess Spain and Portugal will be leaving next. Last country out of the EU, please turn off the lights.

Time to put the boot down.

REMAIN people, are you watching? 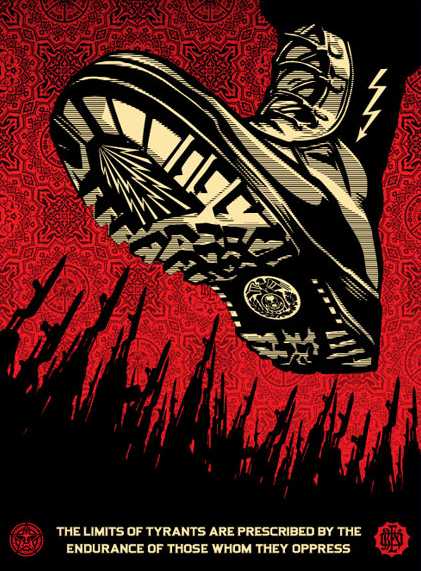 posted on Jul, 13 2016 @ 12:10 AM
link
Well, if the countries have broken the rules that they have all signed up to then what's the problem? Punitive financial penalties for poor management is quite a good reason to improve.

posted on Jul, 13 2016 @ 12:38 AM
link
Well slapping on sanctions, as far as I understand it, doesn't come in one standardized scale. Russia's probably more heavily sanctioned on account of those old cold war tensions running warm. Still, the EU is facing a problem. It's had limited success in putting Greece back on track, so it's trying to do the next logical thing and prevent other countries from becoming like that before there's a system to deal with it. Sanctions make it harder to lower deficit spending, so they at least show that the EU is serious. The question is, what are they to do? Raise the retirement age, cut welfare spending, and negotiate or perhaps bribe better deals with businesses to lure them? The first two bring civil discontent, and the latter is being done by everyone already, so the deals are already so good for business that making better ones may not even be beneficial, if nothing else it'll be hard to tell before you implement it.

Now this isn't just Spain and Portugal, UK even left partially in the hopes of gaining more control over things like who they get to slap sanctions on. Still, dropping from one organization doesn't change too much. World trade organization limits some of these new trade deals they'll negotiate, NATO limits who's side they're on when war breaks out, ect.

To answer the question though, the EU wants itself to succeed (that is they don't want the euro to collapse) and that may include nudging some of its member states to pass legislation that people don't like.

What does EU actually want?


They want members to live up to their obligations, for one thing. When you join a club you are expected to play by its rules. Or quit. But quitting will not make the debt go away.

The Council concluded that Spain 's response to its June 2013 recommendation has been insufficient. Spain didn't reach the intermediate target set for its headline deficit in 2015 and is not forecast to correct its deficit by 2016 as required. Its fiscal effort falls significantly short of what was recommended by the Council, and it even relaxed its fiscal stance in 2015.

What opened my eyes to the way money is handled with EU countries was the Greek situation where the only financing Greece could have was not to help it get out of debt and stop loosing all its wonderful ancient assets, but was merely a loan to service the loans it already had. So the country was stripped further and stayed neatly in debt ruining people's lives.

I actually see the Muslin idea of loans without interest now and am beginning to wonder why with all the monetary fiddling that goes on something like this system can't be adopted into central banks and the whole system which is ripping off everyone not Muslim. (Ha Ha will trot to the hills and see what people make of it).

I don't see much more life for the EU concept with its financial worries, especially with BREXIT which will be put through unless our government wants a serious programme of civil disobedience and fights etc. I suspect also that that will be the way for the Spanish and Portugese people also because sanctions only make the situation worse rather than helping it. Someone makes money out of these debts that have basically been allowed to accrue by the banks in the first place.
edit on 13-7-2016 by Shiloh7 because: (no reason given)

Yes but we have also seen that any idea of quitting isn't an immediate cancellation of a relationship between the EU and countries quitting apparently takes 2 years to negotiate. In that time a lot more debt can be accrued.

But do we actually blame EU countries for debt when all the manufacturing which is a major means of earning money has gone over to China? Not every country has either the natural resources, money to invest in new product research etc to earn money to finance itself. How Britain pays such huge amounts of money into the EU is quite beyond me with the cut backs the public face for this privilege - most of which they have paid for with their taxes in any case.


What does EU actually want?


They want members to live up to their obligations, for one thing. When you join a club you are expected to play by its rules. Or quit. But quitting will not make the debt go away.

The Council concluded that Spain 's response to its June 2013 recommendation has been insufficient. Spain didn't reach the intermediate target set for its headline deficit in 2015 and is not forecast to correct its deficit by 2016 as required. Its fiscal effort falls significantly short of what was recommended by the Council, and it even relaxed its fiscal stance in 2015.


True, but in this case the rules are spectacularly stupid.

Given the unemployment rate in these countries, trying to correct the deficit at the moment is not only damaging to the economy but efforts to do so will almost certainly result in further drops in tax revenue anyway.

originally posted by: paraphi
Well, if the countries have broken the rules that they have all signed up to then what's the problem? Punitive financial penalties for poor management is quite a good reason to improve.

The 'Wonga' theory of economics, You cant afford to pay what you owe so you now owe more.

Having won the World Cup, the Portuguese will give the EU a stiff armed salute.

Portugal only ever cares about political relationships and economic relationships with the United Kingdom, and it has been that way for hundreds of years.

After BREXIT, there are countless numbers of Portuguese who are ready for DEPORTUGAL-ing from the EU and the Euro.

You cant afford to pay what you owe so you now owe more.


You forgot the part about not affording what you spend.

posted on Jul, 13 2016 @ 02:20 AM
link
Looks like countries are finally saying no to the destructive, pro-poverty, pro-bank ideologically driven austerity programs promoted by the EU.

It will only hasten their demise. Countries don't like being blackmailed as a general rule.

originally posted by: Phage
a reply to: ScepticScot

You cant afford to pay what you owe so you now owe more.


You forgot the part about not affording what you spend.


As I am sure you know national governments (even ones tied to a ridiculous supranational currency) are not like households.

The governments budget is to a large extent determined by how much it spends (or more accurately the outcome resulting from what it spends).

I'm sure you know that accumulating debt for which you cannot meet payments is just as disastrous for nations as it is for households.

originally posted by: Phage
a reply to: ScepticScot

I'm sure you know that accumulating debt for which you cannot meet payments is just as disastrous for nations as it is for households.

Spain has a similar debt to GDP to France & Belgium within the Euro zone. Out with similar to the US and less than half of Japan.

Portugal is higher, however the only danger of payment difficulties for either country comes from the actions/inactions of the ECB.

Regardless, attempting to reduce deficit wth such high un/underemployment and low capacity utilisation is economic nonsense.
edit on 13-7-2016 by ScepticScot because: Darn phone

The Troika NEED the EU to fail in order to get away with what has to be the Biggest monetary fraud in history the Banking Bailout and there on going credit fraud.

We had to leave the EU but watch this space as the Tory's have no intention of leaving on ground's that will benefit the UK but only ground's that will benefit themselves personally, the Tory's are in it for what is simply called Vested Interests for the most part unlike old Labour or the Liberals whom used to be in it for Ideological reason but often then fell to the temptation to serve there own Vested interest's, I like Theresa may for sticking up for that kid with Aspergers but beyond that she is just a Tory like the rest of them so don't expect the next three and half years in the UK to be better and of course if the Thatcherite's (Blairite's) whom took over (Hijacked the Labour movement for there own political interests and are in no way genuine labour at all) the Labour party have there way in by removing a democratically elected grass root's Labour leader the UK we shall continue down whatever path she chooses regardless of what she does while in power.

Spain and Portugal have one choice, to join forces with Greece and form a new block WITHIN the EU in order to resist the Corrupt Troika owned EU council or to sensibly leave it and form there own trade link's outside perhaps in a more sensible (for the benefit of there actual coutry's rather than the Troika and IMF fraudsters) and looser NEW EU with Britain and other Semi EU country's.

It is just getting started but let's hope that the Troika do not get away with the fraud they are perpetration over the lives and in the blood of so very many million's of innocent European's and let's hope the Yank's have the decency not to shelter the scumbag's when the truth finally come's out.


Seems one doesn't have to be a member of the EU to over-spend.

The leech theory of the common:

Take the money, forget what was agreed upon.
Then have a loud mouth when they actually have to give back the money plus interest loan.
Because nobody lends money without security. Deal is deal.

The reason: Uneducated, no respect towards the property of others, failing to plan in advance.
Edit: entitle mentality

Portugal was far away from winning the world cup. Because EuroCup != WorldCup.
The current world champion in football is still Germany!