How old is the earth?

How accurate do you want people to be?

34% of the earth is from space parts slamming into earth


The answer is clearly whatever number that matches your belief, so tell us!

Mainstream science will say we (humans) have been here for around 200,000 years. I think we've been here for much longer (based on certain archaeologic finds), but could easily be wrong.

Mainstream science says Earth is 4 and a half billion years old. I have absolutely no clue.

Human race in caveman or humanoid form, a million or two years?
No idea, but we've been around a long time....

The earth, 5 billion or so years?
Universe? Somewhere between 14 and 36 billion years, give or take a few million.....

posted on Jul, 12 2016 @ 03:34 PM
link
Even the Urantia Book puts the formation of Earth's nucleus at around 4.5 billion. The least I could do is dig into my bag of tricks and offer you an alternative to what mainstream science tells us.


And please don't quote what u read in a grade 7 science text book.What's the real answer?


Go on then , what is the real answer.
4.5 billion years is what the books say.

This isn't simply based off of "Grade 7 science books", but you can actually confirm this yourself through the evidence we have. Of course, these numbers are subject to change minutely due to an ever increasing level of accuracy of scientific equipment, experiments and further observations.

These numbers are also cross confirmed using a number of methods and a number of evidence that all points to these dates.

Of course, there is no exact day that anatomically modern homo sapiens came to be what we are, or a specific moment in time when the earth had fully formed. These phenomena are fluid both in their existence as well as in their formation. They form gradually through a number of processes, and exist in a constant state of change. This, again is all cross-confirmed through a plethora of evidence, observations (both subjective and objective), as well as from many different experiments and tools, conducted by many thousands of different people who all reach the same conclusions.

Once again, you could very well do your own experiments and come to your own conclusions. That's the great thing about science. Anyone can do it. Not just a select few.
edit on 12/7/16 by Ghost147 because: (no reason given)


That's the great thing about science. Anyone can do it. Not just a select few. 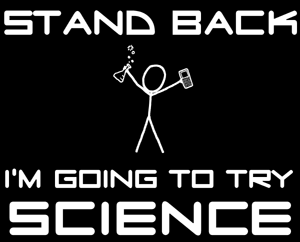 My guess is that you will get many answers and very likely no two the same.

posted on Jul, 12 2016 @ 04:06 PM
link
If you use the measure of transport of various minerals from the land to the oceans via rivers, you get wildly differing guesses, some very long, some very short. If you are a uniformitarian, you rest in comfort with your very old dating, but if you are a catastrophist like me, you scratch your head and wonder. If you're a Christian like me, you can make some guesses from adding years in Genesis, but the Earth looks older than six or seven thousand years. And then there are ancient king lists indicating many thousands of years for civilization. There are just no bronze plaques to commemorate the event, with the date thereof.

I definitely recommend reading "Dead men's secrets" by Johnathan Grey, it shows compelling evidence for such things as a nuclear war being fought 30,000 years ago Hence the 'great bombardment' of the moon, which is & always was a great tactical base if you have disagreements with those down below.
Hence China's interest, although they are a bit late, it's like the Klondike up there right now, LOL

Anyway, the age of Terra is kind of unimportant, how old is Homo Sapiens?
That dear freinds, is the real question........
edit on 12-7-2016 by playswithmachines because: Typo's

I find it hilarious that 'science' would say anything different.