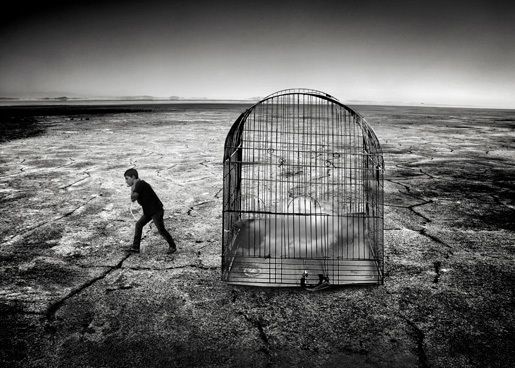 And then there's you...
You who fight amongst each other,
Dare to point fingers, to blame another,
Rather than take the time to see,
That we, none of us, have ever been free.

No matter what your race or creed,
No matter what color your skin may be,
If you look at the system and see clearly,
You'll see, none of us will ever be free.

The moment you take on any real debt,
You're a slave, a slave because of it.
Working all day at your nine to five,
Just to have money to live and survive.

But that's the way the system's set up,
You get by...but it's never quite enough.
You never own anything and upon your death,
The stuff you had.. it's redistributed.

And you allow them to manipulate you,
See things from only their point of view.
When if you looked with your own eyes,
You would clearly see through all the lies.

We all are slaves, we all are suffering,
We all want and need the same things,
We all wish to be free and live in prosperity,
But are being kept in the depths of disparity.

Sometimes poems just come to me from no where..this is one of those times.

Wherever it did come from is truth.

The visual hits deep within me.

Wow powerful, I know what you mean. Poems just come from nowhere. Excellent