Degrees of Separation Between an Internet Persona and a Real Person

Starting from the point of view of posting on an Internet forum, there are several degrees of separation that I've (mostly) experienced:

1. Communicating with Internet forum personas on a forum

Let's face it, if we're posting anonymously, we're using personas. Almost everything that happens on an Internet forum is personas communicating with personas.

In my experience, most private messages one sends to an Internet persona get answered by the persona.

3. Communicating with real people on an Internet forum via private message

This happens after the people communicating aren't strangers anymore (assuming they're both being genuine). It's hard to go from step two to step three. Going from step one to step two is relatively easy.

4. Communicating with real people from an Internet forum via email

From the standpoint of getting to know someone, this is not a very good way to go in my opinion. As with the first three degrees of separation, there's no way to verify anything usually. And, it's ever so easy to fool people.

5. Communicating with real people from an Internet forum via an instant messaging program

This method is a lot better than the first four methods because one can often judge the truth if they have good reasoning abilities and intuition.

6. Communicating with real people from an Internet forum via a voice/phone chat

For me, this cuts through 90% of the deception that is possible with the first five methods mentioned above. The sound of someone's voice coupled with them describing their lives is usually enough for me to make an excellent judgment.

7. Communicating with real people from an Internet forum via a video chat

This is the next best thing to meeting in person. Body language comes into play, and it's hard for most people to deceive others in that respect.

8. Meeting someone from an Internet forum in person

This is the best way to know what you're dealing with, but it's far from a perfect method.

What point am I trying to make? Communicating with Internet forum personas on a forum is so far removed from reality, I wonder if it has much of anything to do with reality. I think it does, but only slightly.

I've started a couple of other threads that are related this topic:

The Internet as a Simulacrum of Life

Do you engage in self-censorship on this forum?
edit on 11-7-2016 by Profusion because: (no reason given)

originally posted by: Profusion
6. Communicating with real people from an Internet forum via a voice/phone chat

For me, this cuts through 90% of the deception that is possible with the first five methods mentioned above. The sound of someone's voice coupled with them describing their lives is usually enough for me to make an excellent judgment.

Absolutely. I was in a relationship with someone who would not communicate outside of facebook. Stupid I know... but I was head over heels. Till I found out I was just a play thing... discovering her betrayal was my worst nightmare... Go play in mommy wars, princess. Your real friends. Still makes me sick...

Yet talking with someone face to face, seeing them speak, despite the distance, makes such a difference...

Have to walk past demons in hell to find an angel in heaven..

6. Communicating with real people from an Internet forum via a voice/phone chat For me, this cuts through 90% of the deception that is possible with the first five methods mentioned above. The sound of someone's voice coupled with them describing their lives is usually enough for me to make an excellent judgment.

That one kind of strikes home for me. I got to chatting with a woman on a dating site and eventually she gave me her phone number. She lived about 40 miles away, but the area code and prefix were all wrong. I Googled them and they were from Austin, Texas. She lived in Indiana, was originally from Alabama, but had never lived in Texas. That struck me as really odd, because she would never explain how she had a Texas number, but lived in Indiana. She asked for my address, but I wouldn't give it out and that seemed to make her very upset. She said she wanted to come visit, but my instincts kicked in and I quickly ended it. To this day, I think I was being set up for something.

This is actually a more complex topic than most people will acknowledge.

I'm not ashamed to admit that I do self-censor at times because as a human being I prefer to be liked and respected by other members, and sometimes my thoughts are not politicly correct or socially acceptable.

Avatars and internet personas are but an extension of our being; not an accurate insight into our true nature. 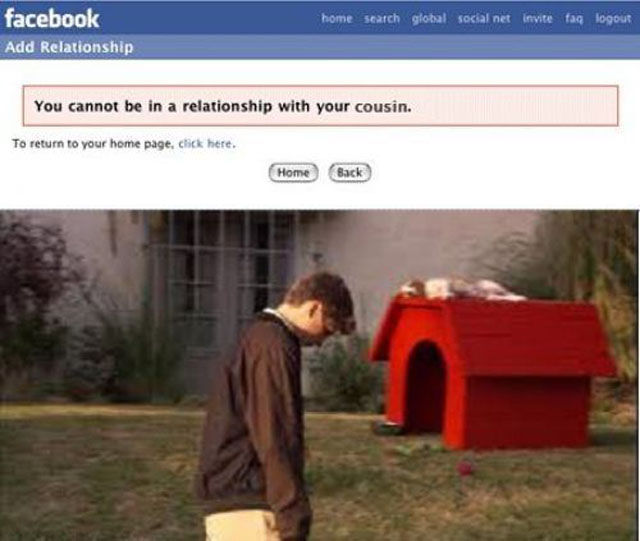