Trump or Clinton?! Ick. ok...Sanders on BOTH TICKETS!!

How about this: Bernie is the VP for sure, no matter who wins the general popular vote.

Maybe the "electoral college" should apply only to the 'President' and the people should get to choose the Vice President! (they've tried in the past: mixed-party tickets (Dem winner and Rep winner), 1st place 2nd place, (Trump/Cruz would be this year) but how about a different method?

? Is this legal? Can we make it legal? Would it be good to do that?

did ya get ahead of yourself?


ETA: well it changed,it was the notice for posts.
edit on 10-7-2016 by hounddoghowlie because: (no reason given)

I asked if it was legal. Any answers? No. That' all you've got? 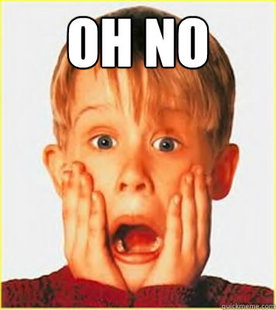 Not even capable of thought experiments. 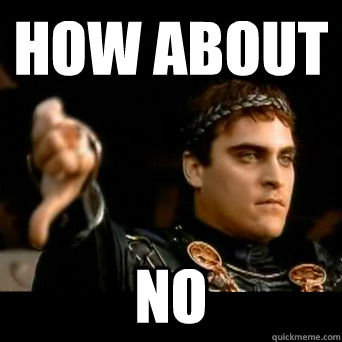 posted on Jul, 10 2016 @ 02:52 PM
link
How about just allowing other party nominations to join in the general Election debates? Those that actually have enough electoral votes and are on the ballot on at least 50 states? Most Americans have no clue that there are other parties other than Democrat and Republican!

I didn't even know about the constitutional party! Egad! Check out this other posters thread that has more details on the 3 top Third party candidates! AboveTopSecret.com

originally posted by: BuzzyWigs
Please be advised that I am simply tossing around ideas about what might happen.....no commitment to any suggestion in particular.......

I am not sure about the legalities, but according to Th is news article Donald Trump seems to be considering a life-long Democrat for his VP.

Edit add: one thing to note though is Johnson (Liberterian Party) VP William Weld was a republican 3 weeks before accepting the nomination. I believe if Sanders were to cross over, he would have to attach a 'R' to his title and drop the 'D'. To be honest...he has more in common with Clinton than Trump.
edit on 7 10 2016 by CynConcepts because: (no reason given)

it just makes sense. What these people have accomplished will never, ever, be replicated in this country.

I believe if Sanders were to cross over, he would have to attach a 'R' to his title and drop the 'D'. To be honest...he has more in common with Clinton than Trump.

But Trump has also said things like "no one will fall through the cracks on my watch", and

The reforms, which Trump calls "simply a place to start," are aimed at broadening access to health care, making health care more affordable and improving the quality of care, according to the plan published on Trump's campaign website.


Trump also called in his health care plan for eliminating the individual mandate, which under Obamacare requires all Americans to have health insurance and which Trump suggested he was in favor of less than two weeks ago.

"I like the mandate. Here's where I'm a little bit different. I don't want people dying in the streets," Trump told CNN's Anderson Cooper on February 20 during a televised town hall event.
Trump has taken fire from his fellow Republicans for suggesting that "everybody's got to be covered" and that "the government's gonna pay for it" as he said in a September interview with CBS' "60 Minutes" -- a proclamation his rivals have tried to use against Trump to suggest he is in favor of government-run health care.

At least fifty states? You mean there are others ?

posted on Jul, 10 2016 @ 10:41 PM
link
The founding fathers originally had a different method and it didn't work. The electoral loser was originally the VP but they found it had impeded the ability of the two to work together. So by changing the system to allow a vp to be elected independently would have the same result.

Adding to that my personal opinion is that Sanders is a senator from a state of less than 700k people, who has no executive experience and a wife who ran a college into debt along with the fact that he never held a steady job until elected into public office to me disqualifies him to hold such a high office. He also ran as an anti-establishment candidate who is now backing the epitome of the establishment candidate just shows that he doesn't hold true to his ideology. If he were truly anti-establishment he would support Trump. Trump poses a threat to the establishment, which is why both parties are against him.

Why do you say that?

Things change very quickly now, Alice. The RNC is preparing to overthrow the convention rules and "unbind" every delegate from whatever their 'state' had decided. So now it's just up to the delegates.

What makes you think other movers wouldn't come up with some plot to affect the changes they want.

It's not a new concept. When Parliament or Congress or whatever sort of group of legislators gets fed up, they do things like read Green Eggs n Ham on the floor. Or they all go home (reference King Charles I and the English Civil War) and refuse to do what the Big Kahuna says. No acknowledgment of "special session of Congress" calls.

Or they don't show up to vote.
Or they decide to change the rules at the last minute, like a little kid.....and the opponent says, "According to whom?"

And they say, "According to us! Those are the rules that we just made up!"

Of course it could happen. All it would take is a quick fix, some duct tape and zippy ties, and we keep this baby running til we get home!!!

Don't be naive. I know it's comforting to think "no way, that will never happen." I used to stick to that. But now I can't anymore. And that really rattles me. and my cage, too.

Still think that American corporations need to be paying better wages, re-establishing local manufacturing bases (and jobs), and PAYING TAXES. They don't pay enough taxes. I don't think I'll ever be able to comprehend how you folks do the logic. These corps are not paying taxes. They are paying drones fittycent per hour in Bangladesh, have no concern about facility-quality or worker rights......

while their CEOs rake in millions, and their 'share-holders' have imaginary money pouring into their imaginary accounts.

It could all fall apart tomorrow, you know.
(the factories, AND the imaginary money)

And what can our average citizen do to remedy such things? NOT ONE DAMN THING. Except to not buy those products. It's not about "oh, poor corporations have to remove some zeroes from the gained profits" - it's about whether or not laborers, willing workers and starved, poverty-stricken peasants are able to live to a standard that most of the Western world enjoys.

I think that Libertarianism is fine, but it should not be linked to pennies-per-hour or -per-piece labor. It should not exploit children who ought to be in school. It should not exist only to pad the accounts of share-holders and the laborers be damned.

I know we broke up some time ago, but I can not in good conscience support anything that gyps the workers all over the world, and rewards only the CEOs and Management and "Share-holders".

It's just wrong.
It is wrong.

originally posted by: BuzzyWigs
These corps are not paying taxes.

No, we are. Corporations are pass-throughs and the taxes are factored into the finished cost of goods or services.

I would be fine with no corporate taxes, no tax loopholes, no bailouts and no subsidies. If you cannot make your business work it is not up to the taxpayer to finance it for you.

Oh, and NO lobbying.

okay then. No lobbying and no loopholes. But corporations are not "people" and their "capital gains" should be taxed.

Until giant corporations are paying their employees (their front liners, like clerks or greeters at Walmart) enough for those people to not need food stamps or government subsidies; and the share-holders don't enjoy quite as handsome a return BECAUSE the rest of us don't want (and shouldn't have) to pay the difference ---- then I will maintain that corporations are not paying their fair share. Neither are their overlords (CEOs, Dukes, Barons, Lords, whatever you want to call them).

Just like you said: share-holders are not the only 'stake-holders' in corporations.....and I and my neighbors should not be paying extra taxes to feed and house the laborers just because the share-holders get their panties in a twist. And what the fluck is with CEOs earning enough per year to buy the whole damn world???