What should be done About 'Black Lives matter'.....

The future is only gloomy because anyone who sees a problem and acts on it is ridiculed and criticized and pigeonholed.

I applaud the young people and the older ones who have been there before for stepping away from their computers and taking a stand.

Are they doing it perfectly? Maybe not. But they're doing it. And instead of supporting them and guiding them and maybe lending a hand or some sage advice most people just sit on their fat asses and judge them.

If they keep doing it, maybe they'll become the change agent we so badly need.

I think they're mostly useful idiots, I also think that most of their arguments ring hollow. Their socially constructionist outlook would be tragic if it weren't so ironic: the biggest social construct being their own ideology. The progressive ideology has morphed into a nightmare monstrosity that poisons everything it touches. These people are emotional tools, they do not respond to logic or rational arguments. It's truly a lost generation, they have become one of the most effective tools of cynical manipulators. I think that anyone observing this with even a modicum of objectivity would be sober enough to realise this.

They have started a culture war and have divided and polarised us even further than I thought possible. They have further divided us racially, politically, between our genders, but also sexually.. as if this wasn't bad enough they're continually trying to bring more and more minority groups into the fold. People are not only racists and sexists now, they're ableists and lookists to boot. Their intellectual credibility is a sinking ship. These people have no understanding of the dialectical process involved in shaping political movements, they are blind and they are leading us towards disaster. Ironically these people have virtually no understanding of inclusion or exclusion at all. None! They are guilty of all the charges they bring against their enemies.

And don't think for a second this won't polarise conservatives likewise. At this point I could actually see Nazism rising from the ashes again as a substantially stronger political movement.

Look up this girl on Twitter and youtube called Evalion.. a sweet young girl, until you realise she's a Nazi and a bigot of the highest order. She is typical of the reactionary response these people are creating because to them it is obvious that cultural Marxism is a poisonous lie. Abhorred by the viciousness and stupidity of these activists they run as far as possible in the opposite direction.

I mean I'm laughing here because it's all so ridiculous..

Don't you just hate those Muslims who pretend to be refugees so that they can live off welfare and make the state pay for their ten kids?

Don't you hate those lasy *n-word* who are never satisfied even after they are given reparations?

Do you despise the Jews as much as I do?

I foresee political upheaval, such that we haven't seen in a long, long time.. It's very possible we're heading for a perfect storm.
edit on 10-7-2016 by TheLaughingGod because: Stuff


What should be done About 'Black Lives matter'.

They probably all need to sit down with this Gentlemen.

posted on Jul, 10 2016 @ 11:55 PM
link
a reply to: nwtrucker
Cops should just start protesting with them. That'll end it quickly n peacefully

originally posted by: interupt42
a reply to: nwtrucker


What should be done About 'Black Lives matter'.

They probably all need to sit down with this Gentlemen.

I do not, but I thought in that snippet he sounded sensible. is he the antichrist,lol?

posted on Jul, 11 2016 @ 10:24 AM
link
I would agree with a lot you have posted here but what I have noticed that your argument, and that of many other people forgets a few things. First you mention that, like Muslims there is far too little refuting the acts and beliefs of those who carry out acts in the name of Islam. yet I ask you this. Unless the attack happens here in America or somewhere concerning our interests we rarely even hear about it, so if there was so no named individual or group who decried the actions of terrorists would you hear about it? I doubt that very much. Likewise, unless it happens to be a talking head on the news we do not hear of anyone denouncing the acts of violence on our streets. Why is that? It's because there are no rating in covering someone doing something good, point blank, the old adage if it bleeds it leads is more true now than at any other point in history, so unfortunately anyone calling attention to the damage being carried out daily on our streets will not be made known. Now with that said I do believe that there is not enough of it going on but having grown up in some of the poorest areas of New Jersey I fully know that the police are respected and it is widely known that the police are wanted and respected in these areas. Sadly no one wants to report this because it runs counter to the constant coverage of police shootings and subsequent pretests.

There are bad apples in every bunch and to claim otherwise is simply arrogance, so to, it is arrogance to claim that there is no good from coming from groups such as Black Lives Matter. Yes they have been easily manipulated at times and could use better structure overall but are we not talking about the matters we face today because of them when just a few years ago we wouldn't have even heard of Alton Sterling or Philandro Castile? Instead of labeling each other perhaps we would be best served by trying to first listen to the what each has to say before we call one another terrorists or denouncing. Is it not bad enough that our politics have come to standstill based on what party you belong to, does everything else have to follow? To follow our leaders, on BOTH sides is to lead down a blind alley of beliefs that they want you to believe, by creating your own path you forge a new and possibly positive course that just might change the world. Open your eyes and see things for yourself, you might just see something new! a reply to: nwtrucker

posted on Jul, 11 2016 @ 11:06 AM
link
I find it interesting that as soon as White shooters are identified, the "lone wolf" description is quickly brought up- without question. But this Black shooter, who openly stated that he was a lone wolf, is being connected to:

There is no precedent for White shooters being identified as terrorist, although they commit the same (or worse) acts of violence at a HIGHER FREQUENCY.

originally posted by: prepared4truth
a reply to: interupt42


That is a lot of assumptions on your part.

Classify them as a hate group or a terrorist group and be done with it.

originally posted by: prepared4truth
a reply to: interupt42

Yes he is non threatening and cooning is what he does for a living , I do not throw around that term lightly , there are black folks that I disagree with, yes they are conservatives, but are not coons in the slightest , we just disagree on the path and how to achieve the same goals, when this guy is thanking white folks for slavery, it cooning simple and plain, don't put clean water into a dirty glass and tell me to drink it.


Why would you buy into anything the shooter openly stated? I wouldn't....no matter his 'tan' quality
....

On Sunday at a Black Lives Matter protest held in Portland, Oregon, an unidentified protester told other attendees that they need to murder cops if they feel as though they are being pulled over for a crime that they did not commit.

Sounds like someone wants a war with the police. I am not sure what this thug thinks will be gained by running up on cops and executing them, as he demanded in the video. Surely he knows he can't win that war. Frankly I am disgusted at this point. I hope cooler heads prevail, and the denizens of Portland denounce this fool and his call to arms.

Unfortunately, the crowd seemed somewhat responsive to his bullcrap. I hope we can avoid a summer of chaos, but at this point I don't think it can be avoided. Interactions with young black males will become even worse, with officers being more concerned for their personal safety, if
thugs like this attack the police unprovoked.

No good will come from attacking police. No matter how legitimate your grievances are, your actions directly influence the response to them. I am getting disgusted at these subsets of society who want to bring the whole system down because they feel as though it is set up against them. The rational response is not to tear it down recklessly, for it will affect a great section of society negatively who had no hand in creating this system they claim is against them.

that dude is going to get more of "his people" killed... what an idiot

Woah and all those other SJW's are nodding their heads and clapping! Homegrown terrorism in the making folks!!

Under Bush "defenders of the constitution" were labelled potential terrorists: 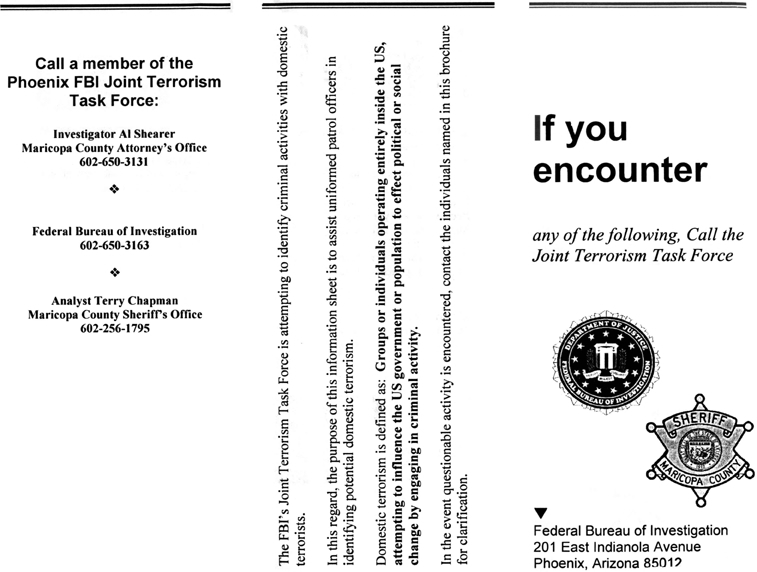 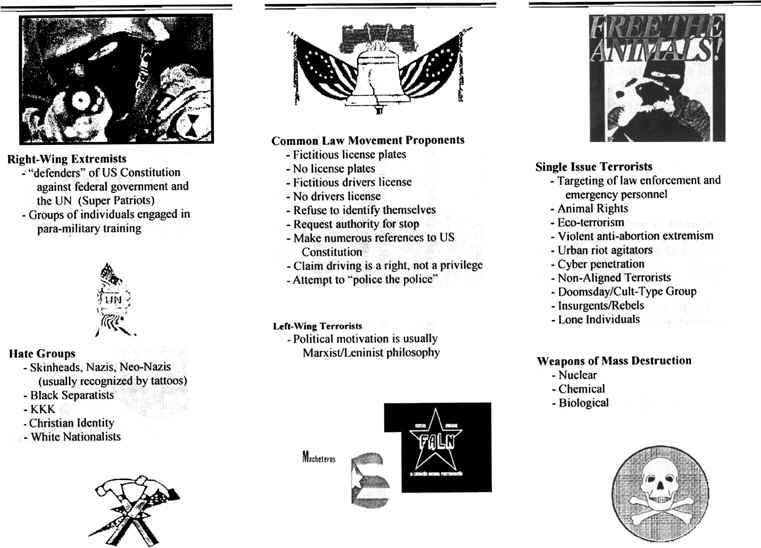 Is it time to call the Joint Terrorism Task Force yet?
edit on 12-7-2016 by IgnoranceIsntBlisss because: (no reason given)