Congress Will Refer Hillary Clinton to the FBI for Perjury Charges

posted on Jul, 8 2016 @ 01:29 AM
link
Hopefully, this isn't over and this referral will succeed. Comey admitted today that HRC lied about it all. I don't really think much of an "investigation" is needed given what we already know. If it goes no farther I guess it's just confirmation of what we already know. And, what about obstruction of justice charges? That seems like an equally legitimate route to take.


Rep. Jason Chaffetz (R-UT), chair of the House Committee on Government Oversight and Reform, told FBI director James Comey during his testimony on Thursday morning that the committee would refer former Secretary of State Hillary Clinton for investigation for perjury, given that she lied under oath before the House Select Committee on Benghazi in October. “You’ll have one,” Chaffetz said, within “a few hours,” after Comey testified that the FBI would need a referral for Congress before investigating.

It appears that they will attempt to bury Hillary's scandalous behavoir and the entire Clinton Foundation network by causing as much civil unrest as possible between the people and police.

We can only pray people are smart enough to see through the lies of the MSM programming!

posted on Jul, 8 2016 @ 02:06 AM
link
For a party who just (rightfully) fought over the BS involved in the Democrats using the IRS to target people for political beliefs, they sure don't seem to have any problems using the FBI to do the exact same thing.

So you think they should let her criminal activities just slide with no consequences?

There is no doubt the republicans are just as crooked as Hillary, but they are actually doing the right thing here, even if it is for partisan reasons.

So you think they should let her criminal activities just slide with no consequences?
.


She's running for president... I said it before, Hill is the equivalent to a 'made man'. Only ones whom can touch her are the ones who allowed her to become the Democratic presidential candidate.
Who else can say they ran for president while under investigation by the same government running for. Hillary can....
Hill will dust her shoulders off and put on a 500$ shades and walk smiling.
Unfortunately its her or Trump. Pick your poison.

Oh that was a stupid thing to say.

originally posted by: carewemust
Well...this SHOULD be cut-n-dry. Either she lied, or she didn't. No gray area, unless Hillary has learned from her hubby and will evoke the "it depends on what "is" really is".

It's not quite that simple. She probably did lie, what you think is the case doesn't matter though. What you can prove is what matters, and even if caught in a lie if this were to go to court all Hillary would have to do is say "I believed I was telling the truth", and that's that. No perjury.

posted on Jul, 8 2016 @ 02:29 PM
link
Actually, he said he didn't compare her 'under oath' statements. He did not have a request to do so at the time of his investigation. Perjury is not about her public statements, it is what she said while under oath.

From my understanding, Comey was advised that he will soon get that request!


originally posted by: carewemust
Well...this SHOULD be cut-n-dry. Either she lied, or she didn't. No gray area, unless Hillary has learned from her hubby and will evoke the "it depends on what "is" really is".

It's not quite that simple. She probably did lie, what you think is the case doesn't matter though. What you can prove is what matters, and even if caught in a lie if this were to go to court all Hillary would have to do is say "I believed I was telling the truth", and that's that. No perjury.

Actually not exactly. If she answers questions to the FBI differently than her sworn oath, then she can not use that excuse. They only have to follow the law to the letter to determine Perjury. Comey stated that she did not lie to the FBI during her 3 1/2 hour interview. That tells you that she lied while oath previously.

Ok I'll play.
Hillary made the statement that she didn't receive or send any emails marked classified.
Then it turns out that three e mails out of thirty thousand over a four year period did have classified markings.
The markings that Comey outlined were three (C)s. A c in parentheses beside a paragraph which contained confidential material.
Fast forward four more years and when asked she fails to recall these three little c's and says none were marked.
That's a lie true. But is it deliberate? Did she actually say to herself well there were those three paragraphs once I'd better not admit that or she just didn't recall them off the top of her head.
Are our standards this high for ourselves because people forget things all the time.

Yippy let's waste more taxpayer money. Hooray for our side.

posted on Jul, 8 2016 @ 02:39 PM
link
Yeah not going to happen. Perjury is almost never prosecuted. Because it happens in every case and it is generally used when a jury has been lied to. This will go like Bush Sr. Under investigation for Iran Contra during his campaign for refusing to turn over documents he just ignored the investigation and once he was elected it became no longer possible to press charges. 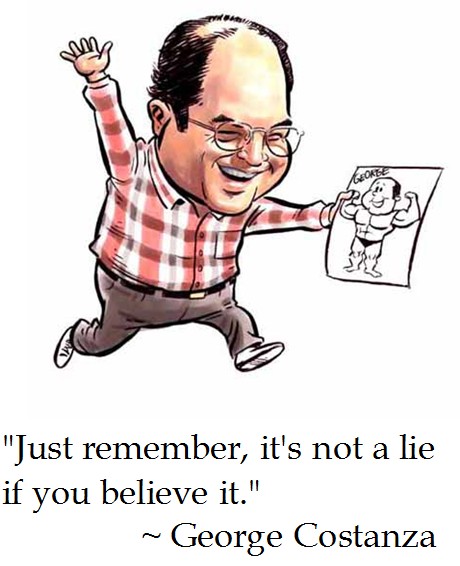 Hillary Clinton appears to have perjured herself before the House Select Committee on Benghazi in at least three ways: first, by stating that she had turned over “all my work related emails” from her private email server to the government; second, by insisting there was “nothing marked classified on my e-mails”; and third, by telling the committee that her attorneys “went through every single e-mail.” FBI director James Comey’s statement Tuesday suggests none of those statements were true.

The "intent" is now clear as a bell.

Hillary now has dozens of Proven lies for voters to consider.


The facts in Comey's own words: Bolding mine.

The lawyers doing the sorting for Secretary Clinton in 2014 did not individually read the content of all of her e-mails, as we did for those available to us; instead, they relied on header information and used search terms to try to find all work-related e-mails among the reportedly more than 60,000 total e-mails remaining on Secretary Clinton’s personal system in 2014. It is highly likely their search terms missed some work-related e-mails, and that we later found them, for example, in the mailboxes of other officials or in the slack space of a server.

The question that needs to be asked of the lawyers is what search terms were actually used? Most classifieds have headers that is why the small (c) was supposedly missed. If these were missed because they did not have the 'header', what happened to the ones that did? Perhaps, deleted so that they could not be forensically retrieved?

I am hoping that the necessary congressional requests come through to allow Comey to be able to widen his narrow investigation.

Yippy let's waste more taxpayer money. Hooray for our side.

If my tax money is going to be wasted by a Democrat, I will rather see it get wasted by Bernie since at least I would see my nation benefit and not the Clinton's.