i have no doubt that there are many who don't need any help from the MSM's. word of mouth on the street is a poweful thing and i'm sure there are others that have planned something similar that just haven't done it yet.

i'm also sure that there are weak minded individuals that will eat up all that the MSM's pump out and plan something.

Or in this case, for black people.


Holy Snip! I hope not. That might explain the emphasis on the X, however.

Good find but the 5 in custody bothers me.


Holy Snip! I hope not. That might explain the emphasis on the X, however.

or his folks were fans of malcolm.

Why are you playing dumb on me?

I used the word protest because I could not think of a different english word to express my thoughts properly.

I think you got the gist of what I was trying to say.

BLM should organize a walk if you wish to honor these innocent people who were killed in a terrorist act.
edit on 524k2016Fridayam014 by Nikola014 because: (no reason given)

originally posted by: Nikola014
a reply to: introvert

Why are you playing dumb on me?

I used the word protest because I could not think of a different english word to express my thoughts properly.

I think you got the gist of what I was trying to say.

BLM should organize a walk if you wish to honor these innocent people who were killed in a terrorist act.

I got the gist that you were classifying all sorts of people as " modern liberals" and making it derogatory.

Makes me sick to my stomach just thinking about it.

This incident is going to change everything in the USA. Everything.

LEOs across the country are now going to be on full alert around the clock with heavy crackdowns everywhere... and their jobs, procedures, standard protocols, standard gear, etc etc are all going to be drastically changed from this day forward.

My heart goes out to each and every officer in the US, your jobs have just become a living nightmare.

Ummm, I doubt much will change. Cops have been killed before...and not all that long ago. I think 4 were gunned down on a lunch break in Washington, while a few others were taken out by sniper fire in Pennsylvania which lead to a LONG manhunt and finding a guy in the woods with a large weapons cache. And 3 RCMP were killed by a lunatic in 2014 in New Brunswick. Cops are ALWAYS on full alert. That's their job!

It's more like NOTHING will change. Police will continue to militarize themselves and will continue to over-react (perhaps understandably) when someone does not follow their commands to the letter. If anything these idiots have just given every cop the right to over-react in every confrontation they have with the public. Talk about a counterproductive effort!

Cops don't join the force thinking that there isn't a minority of the public that doesn't paint a target on them these days. If they did, they wouldn't last very long. Again, cops are always on alert. If they aren't they can easily end up dead.


Brown admitted that Johnson told police that he was upset over the recent string of police shooting. “The suspect said he was upset at white people” said Brown. “He said he wanted to kill white people, especially white police officers.”

In the words of Rodney King.

Can't we ALL just get along?

I hope you guys don't mind me laughing, but every time this criminal says something new, it just sounds even more crazier than what she said previously.

She's bloody stupid, and thinks we are too.

Yeah, it doesn't matter what this attack represents. It's the guns.

It doesn't matter if this was a terrorist act. It's the guns.

I got the gist that he was talking about BLM holding a rally condemning these type of actions at their own peaceful protests. But you and introvert seem to have a problem with that.


originally posted by: hounddoghowlie
a reply to: Wetpaint72

yep that what the chief said


Goods new for The News. Now they can set about turning him into a celebrity anti-hero to inspire more maniacs to try and become famous too by being copy-cats (just like with their school shootings reporting methods the past 20 years).

Here you go CNN just show this image all day now and make him famous: 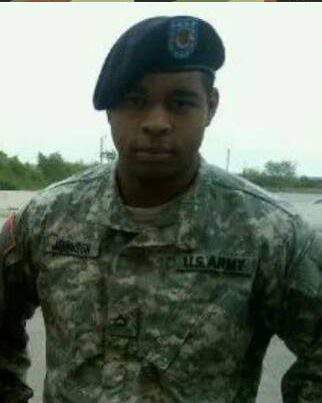 That's different. I would support BLM honoring those killed. Just not in the form of a protest.

If they don't do as you wish, are you going to claim they are a terrorist organization? You did say this:

If they don't do it, then they are just another hypocrite organization, with a possibility of being a terrorist group.

Oh, geez...I remember that incident. It was very tense for a while. Good catch!

I got the gist that he was talking about BLM holding a rally condemning these type of actions at their own peaceful protests. But you and introvert seem to have a problem with that.


Where did I say I have a problem with that? Would love to see that quote.

It would be nice to see BLM do something productive besides protesting. Maybe something that doesn't agitate and cause more racial division?

they could not do it on the Same day.
now That would be to easy to see.

Nope, 13 hours later and still practically nothing. I'm guessing the spin is going to be huge on this one.

If they won't release info then they have Islamic ties IMO

I'm beginning to feel this way myself.

Or they have CIA/MK ULTRA ties. It has been proven that people can be brainwashed into doing an act they will never be able to recall. Dallas, like Orlando or any other mass shooting event of recent history could VERY easily be a false flag. Not that this didn't happen or wasn't real, people are most certainly dead, but the motive and reasoning is an open script and left to the media to write.

The timing of all of this mass shooting chaos is incredibly conspicuous. Only one suspect is now alive. I'm sure we'll never hear from them again, just like Tsarnaev.

Anything is possible and it should be VERY interesting to see how the media continues to present this disgusting event. No matter who dun it though, it is terrorism.

With events like Dallas, the internet becomes a VERY interesting place. Some sites are full of intelligent analysis and relatively thoughtful debate (ATS, Reddit). Others are full of hatred and jumping to conclusions and other randomness (LiveLeak, Infowars). Not surprising, but indeed interesting. Someone, it seems, is definitely trying to invoke the spirit of Niccolo Machiavelli to divide and conquer the American people with events like this.

On a side note I just wanted to say, no one goes to work expecting to not return home. Indeed, police officers take on a more significant risk and responsibility in regards to this, but it does not diminish the fact that when they don't sign off from their shift, it is a tragedy. Any and all death at the hands of others, fueled by hate, hurts my soul as I truly believe, No Man Is An Island.

May the fallen Officers find peace in their final resting place.

I have ZERO doubts that this attack was planned weeks in advance, and was done so with possible government ties. The way the gunman on the ground level took out that officer...there is no way that he wasn't trained, and did not have experience before in urban combat settings. His footwork, methodology...that wasn't some random activist who just decided to one day start killing cops.

The timing was utterly perfect for this.

IMO the shooter had some level of comfort with what he was doing, but wasn't THAT well trained. He dropped his rifle to an alert (or low ready, if you prefer) position while advancing on a threat instead of maintaining a ready carry (rifle pointed at the threat, not the ground).

He wasn't fresh from his mom's basement, but he wasn't some kind of master either. Dropping his rifle while advancing is a pretty basic error.