Trump: "Hillary has Killed Hundreds of Thousands of People With Her Stupidity"

Also, yes her supporters seem like they would follow her to hell. At least the online personalities. Out on the streets, I can't find any support for her which has had me perplexed for the last week or so.

Same here, personally know of no one that supports, nor
have ever seen a bumper sticker, yard sign. Not ever,
for years going all the way back to 2008.

Also, yes her supporters seem like they would follow her to hell. At least the online personalities. Out on the streets, I can't find any support for her which has had me perplexed for the last week or so.

Same here, personally know of no one that supports, nor
have ever seen a bumper sticker, yard sign. Not ever,
for years going all the way back to 2008.

There are a LOT of dead people out there that are still registered.

They will ALL vote for Hillary.

posted on Jul, 7 2016 @ 12:38 AM
link
Is this the same judge who said his inside sources told him Clinton was going to be indicted? Over and over again?
Yeah I thought so.


originally posted by: Gryphon66
Another Republican mouthpiece makes another baseless and ridiculous accusation against Hillary Clinton.


How about an MSNBC shocker? Or the Associated Press?

You were shocked by token Republican mouthpiece Joe Scarsborough? LOL

Clinton has been "discredited" in the minds of those who already believed she was the incarnation of evil.

Most of us just see her as another politician who isn't Donald J. Trump.

Clinton has been "discredited" in the minds of those who already believed she was the incarnation of evil.

Most of us just see her as another politician who isn't Donald J. Trump.

She is a bit of a nut job though don't ya think? Possibly Satan herself?

In my mind all professional politicians are "nut jobs" of one stripe or another who all crave power over others.

Satan is a literary character that acted on behalf of individual freedom; not much of a politician.

Are you so blinded by hatred of the other party that you would support a treasonous to be President of the United States?


Please show where she has been found guilty of treason.

You can also ask the same kind of question of Trump supporters. Are you so blinded that you want to vote for a man that is clueless on virtually everything not to mention constantly lies to you?

I don't think I'd consider Trump to be clueless. The dude hits the nail on the head far more often than Hitlery. Granted he lies, as does every person alive on the planet, but what exactly has he lied about in regard to government affairs? I can handle a person who exaggerates their points for comical or entertainment value. Hitlery on the other hand, can't open her mouth without lying.

If lies were a tangible material, we wouldn't need to build some badass new ship to take us to Mars. We could just make a bridge out of Hitlery's lies and drive there.

Authorizing the sale of arms to state sponsored terrorists In return for millions in your own purse, is pretty damn treasonous to me! Especially when we are in a war with the very people she armed!!

She is the reason Libya is in the mess it is in! She is responsible for Benghazi!! She is responsible for pumping up ISIS and Al Queda!! Everyone says the U.S. created IS and AQ!! Well it was the State Dept. under Secretary of State Clinton that armed those terrorists to the hilt!! Under her direct authorization to give them military grade weapons!!

If you need more proof, look at the threads on ATS!! Look at the source I sited!


In 2012, Clinton was the obstacle, not the solution, to a ceasefire being negotiated by UN Special Envoy Kofi Annan. It was US intransigence - Clinton’s intransigence - that led to the failure of Annan’s peace efforts in the spring of 2012, a point well known among diplomats. Despite Clinton’s insinuation in the Milwaukee debate, there was (of course) no 2012 ceasefire, only escalating carnage. Clinton bears heavy responsibility for that carnage, which has by now displaced more than 10 million Syrians and left more than 250,000 dead.


When the unrest of the Arab Spring broke out in early 2011, the CIA and the anti-Iran front of Israel, Saudi Arabia, and Turkey saw an opportunity to topple Assad quickly and thereby to gain a geopolitical victory. Clinton became the leading proponent of the CIA-led effort at Syrian regime change.

In early 2011, Turkey and Saudi Arabia leveraged local protests against Assad to try to foment conditions for his ouster. By the spring of 2011, the CIA and the US allies were organizing an armed insurrection against the regime. On August 18, 2011, the US Government made public its position: “Assad must go.”

That is from a Liberal source! Not Fox!

Some more coming out today.

A year ago people were laughed at for these wild conspiracies.

I say Hillary gets a subpoena from Congress real soon.

FBI Director said he was aware of Hillary perjury.

posted on Jul, 7 2016 @ 11:16 AM
link
The fact that the West gets blamed for creating IS is Bull#! We didn't create them they were already there! However it was Clinton that in her rush to oust Gadhafi led the cries to arm the rebels to overthrow Assad! In fact "do nothing" Obama was prodded and lead by her ambition! She did this in return for big BANK to the Clinton Foundation!

That is Blood Money!!

Libyan officials were deeply concerned in 2011, as Secretary of State Hillary Rodham Clinton was trying to remove Moammar Gadhafi from power, that weapons were being funneled to NATO-backed rebels with ties to al Qaeda, fearing that well-armed insurgents could create a safe haven for terrorists, according to secret intelligence reports obtained by The Washington Times.

The reports included a 16-page list of weapons that Libyans supposedly tracked to the rebels from Western sources or their allies in the region. The memos were corroborated by a U.S. intelligence asset familiar with the documents as well as former top Gadhafi regime official Mohammed Ismael.

Yeah this women should be the most powerful in the world!! This is just ridiculous!!

And when the scathing report and audit of the Clinton Foundation comes to light! The responsibility of where we are on the fight against terrorism is gonna fall on Bill & Hillary! Two hicks from Arkansas!

I say Hillary gets a subpoena from Congress real soon.

FBI Director said he was aware of Hillary perjury.


Like she had the last time, and then she lied about that too.

Then Gowdy called her on it and put the Subpoena in the media.

Someone needs to take every single one of these lies,
and put them together with the proof of lie.

I want Trump to represent his voters, ABSOLUTELY NOT the world

The world is not included in this vote.

Honestly : Screw the world ... they can govern and defend themselves.

Whomever is our next POTUS should actually represent those small average people who live in the US ... NOT THE WORLD.

We have lost so much trying to rule and represent the world. I see my taxes, and YIKES.

The world can go fend for itself, IMHO. I am just lucky to stay alive and keep my family fed in this small place called the US.

And Comey declined to answer anything about the Clinton Foundation.

Indicating there is a separate investigation ongoing.

And Comey declined to answer anything about the Clinton Foundation.

Indicating there is a separate investigation ongoing.


I did find that interesting. Was on my way to
look for those few news articles that mentioned
that aspect, including the subpoena's.

I tend to think that the silly emphasis on the email server issue is just that: silly. It is also smoke and mirrors....

The real evil here is the Clinton Foundation, which has tentacles in about every aspect of US government operations and foreign affairs, all three branches of our checks and balances government, both current major parties, and in all regards the Clinton Foundation influences and can probably even blackmail all (in my own opinion) treasonous levels of our current governmental bureaucracy.

We are all screwed due to the blackout of Clinton Foundation operations and affairs. NOBODY WANTS US TO KNOW ... from either end of the political spectrum, because they are ALL complicit!

And the press is just as controlled as everyone else.

It is hard to indict everyone. 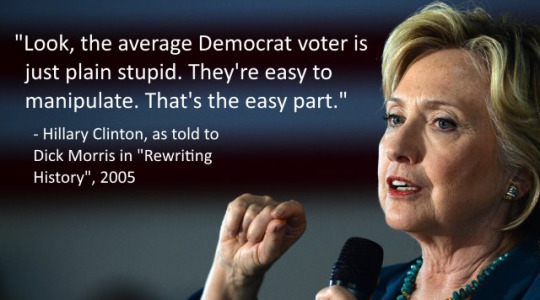