Chemtrails over Amsterdam the Netherlands Juli 6 2016

originally posted by: Lassiecat
a reply to: payt69

Long ago, when I was researching for myself the reality/hoax in chemtrails, I've found the only real valid proof for their existence to be the so called - pollution factor. You can find tons of info like this actually. General researchers, small farmers, conspiracy investigators... many people were concerned about the real damages happening on the land after the so called chemtrails started to appear and be noticed as such in the sky. Until now, no other explanation for the sudden poisoning was found, than the sprayed chemicals. And in some cases the damage were really awful. At one island in south US even the whole micro-climate started to change due to the death of specific part of the flora there... because of the poisoning from the chemicals. The problem really is that whatever is in our trees is in our bodies too...

I doubt that the dubunkers of this type of thread were done their homework on researching this topic, otherwise they would just not debunkig it. An excuse me, but if you do not do your homework on simple and grand matter as chemtrails... just its not too good for the community that way, how we wound be able to discuss even finer matters reasonably. Impossible.

1. "Aluminum is the chemical found in chemtrails." Really? how the hell do they know that without sampling a trail?

2. "Monsanto has developed seeds that will weather the effect of the sprays" Without knowing the contents of the trails then how can they determine that?

3. "Monsanto’s GMO seeds are specially designed to grow in the high presence of aluminum." Aluminium toxicity in acid soils has been a known problem for at least a hundred years and resistance has long been a goal of seed producers


Sorry that you've been taken in by this but a little bit of homework on your part could easily have avoided that
edit on 8-7-2016 by mrthumpy because: (no reason given)

originally posted by: Zaphod58
a reply to: Lassiecat

Exhaust trail from the auxiliary power unit. Some aircraft operate them in flight, in case they lose an engine.

I can't be sure but that looks like it is coming from the body rather than the tail. Could be a galley drain?

originally posted by: Lassiecat
a reply to: Zaphod58

I am sorry, but to me is obvious that the quote from your post just shows that the site editors/creators have a humour. Whats the wrong with the humor? If I had i site I could do the same. Why to keep serious?

I've seen some post even on ATS from people who really want to represent themselves as something alien. Well that guys does not sound like this at all. I also do not use any sites, I simply use the info from sites which holds an idea.

So its neither the site important, neither the words, but the idea incororated, and its possability to be valid.

Wish you Good Night for today, too much of mosquitoes on my balcony.


Wow. The cognitive dissonance is strong in this one. It's a SATIRE site like The Onion. They make up stories like this and pubish them for entertainment

So you have to be a pilot to understand anything related to aviation is that what your saying?

My trees are dying too...but that is what happens in life you eventually die.

Now as for your so called UN video, guess what she doesn't believe chemtrails exist...

Please bring something that hasn't been totally debunked as this is old garbage that has been discussed many times before.


originally posted by: Zaphod58
a reply to: Lassiecat

I have 28 years of experience actually working on aircraft, and not one aircraft I've ever heard of was capable of carrying nearly enough of anything to leave trails hundreds of miles long.


So you can't remake few hundreds old boing to carry a reseovair instead of passangers? Just a wild guess, really forgot what a smarter person than me had replid to such a acussations before... (and there was some)

A Boeing 747-400ER has an empty weight of 407,000 pounds, give or take a few pounds, and has a maximum takeoff weight of 910,000 pounds. That gives you a total useful load of 503,000 pounds. Well, 427,000 of that is fuel, so passengers, baggage and freight better weigh less than 76,000 pounds. That is almost exactly the weight of 1 tanker truck of water.I hate to think how far overgross a tanker truck load of aluminum slurry would put us.

This fact has never ever been answered or even acknowledged by any chemtrail believer. Not once.

I find that fascinating. They see some stats that show them something and they completely gloss over it.

My trees are dying too...but that is what happens in life you eventually die.

originally posted by: jaamaan
a reply to: Zaphod58

Well my main purpose to make and post the video and publish it with a date, location and timestamp is that the effect could be confirmed or debunked.

I personaly find it strange that these trails, be it watervapor or something else, can be so persistent that they reach from horizon to horizon and bleeds out into this grey layer that blocks the sun.


I don't find it strange. I've been a dedicated aviation enthusiast since the early 1970s. I was observing horizon to horizon persistent contrails on the transatlantic routes over Scotland. The only difference between then and now is the massive increase in air traffic. Nothing is going to change. In decades to come you and other chemtrail believers will still be recording horizon to horizon persistent contrails and likely still wondering why the "spraying" is going on. If conditions are conducive then they will persist and expand. Please explain why normal cirrus can do this and contrails can't?

This is nothing new. Aviation enthusiasts from 1956

Explain why in 1956 aviation enthusiasts observed persistent contrails? How often have we heard the cry from chemtrail believers that back in their day that they didn't have horizon to horizon trails?

Another consideration is the length of the contrail: it may persist, and stretch from horizon to horizon; or it may be quickly re-absorbed, giving the effect simply of a short plume.

WW2 was an eye-opener for many in relation to the lines in the skies that they were seeing. This brought about much discussion in the aviation periodicals of the time. Even WW2 test pilots got involved in the debate.

Examples from people on the ground observing persistent contrails in the UK during WW2.

This is, naturally, a rather rare condition and is the intermediate between the two commoner phenomena of (a) the air is unsaturated and no vapour trail is formed, and (b) the air is supersaturated to the extent that the vapour trails formed persist, and, under favourable circumstances, may even spread.

Reply from test pilot in relation to sightings of the contrails. Geoffrey de Havilland, Jr, test pilot, wrote in Flight Magazine in June 1942.

VAPOUR TRAILS Views of Well-known Test Pilot I WISH to correct the various erroneous statements that have appeared in the correspondence columns of Flight concerning the origin of aircraft vapour trails. The trails referred to are, without doubt, due to the condensation of the water vapour content of the engine exhaust gases; this condensation will always occur under favourable conditions of humidity and temperature at high altitudes. I have myself frequently observed these trails from the cockpit of a high-flying aircraft in the very act of formation at the exit of the exhaust pipes. The formation of a short trail, or, as Mr. Dixon has expressed if, a trail "like the wake of a boat," is merely the prelude to the formation of the familiar "permanent" condensation trail which will occur when the aircraft in question runs into more favourable atmospheric conditions. Another type of trail which may be induced by the passage of an aircraft through air of high relative humidity may well be termed an " adiabatic trail," since it has its derivation in the adiabatic cooling of the air concerned to below its dew point.

Mass bomber formations also created persistent contrails. WW2 bomber crews sometimes had to abort their missions due to persistent contrails over the target areas. Even today researchers have studied the impact that the man-made aviation cirrus those bombers at high-altitude were producing.

Again this is nothing new in regards to contrails and their persistence.

Even back in 1980 researchers were finding that the east/west upper air routes covering the Midwest States was producing more cloud cover.

In the absense of natural clouds given the correct atmospheric conditions jet aircraft in high frequency can almost completely cover the atmosphere, visible atmosphere, with clouds.

As for what you think is a valid source in geoengineeringwatch here is a little something you should know...

Your source is well known and is a sham with fake pics and bs...sorry you need something better for a source.


originally posted by: Zaphod58
a reply to: Lassiecat

I have 28 years of experience actually working on aircraft, and not one aircraft I've ever heard of was capable of carrying nearly enough of anything to leave trails hundreds of miles long.


So you can't remake few hundreds old boing to carry a reseovair instead of passangers? Just a wild guess, really forgot what a smarter person than me had replid to such a acussations before... (and there was some)

Are you going to address the maths showing how little even a 747 can hold?

Very seriously doubt that will happen.

Very seriously doubt that will happen.

Probably just tell people to do their homework

What Im saying is that it looks like Hillarys face is dying. Her pant suits are awesome though. As for pilots... They know far less then people on ATS

originally posted by: Lassiecat
a reply to: Zaphod58 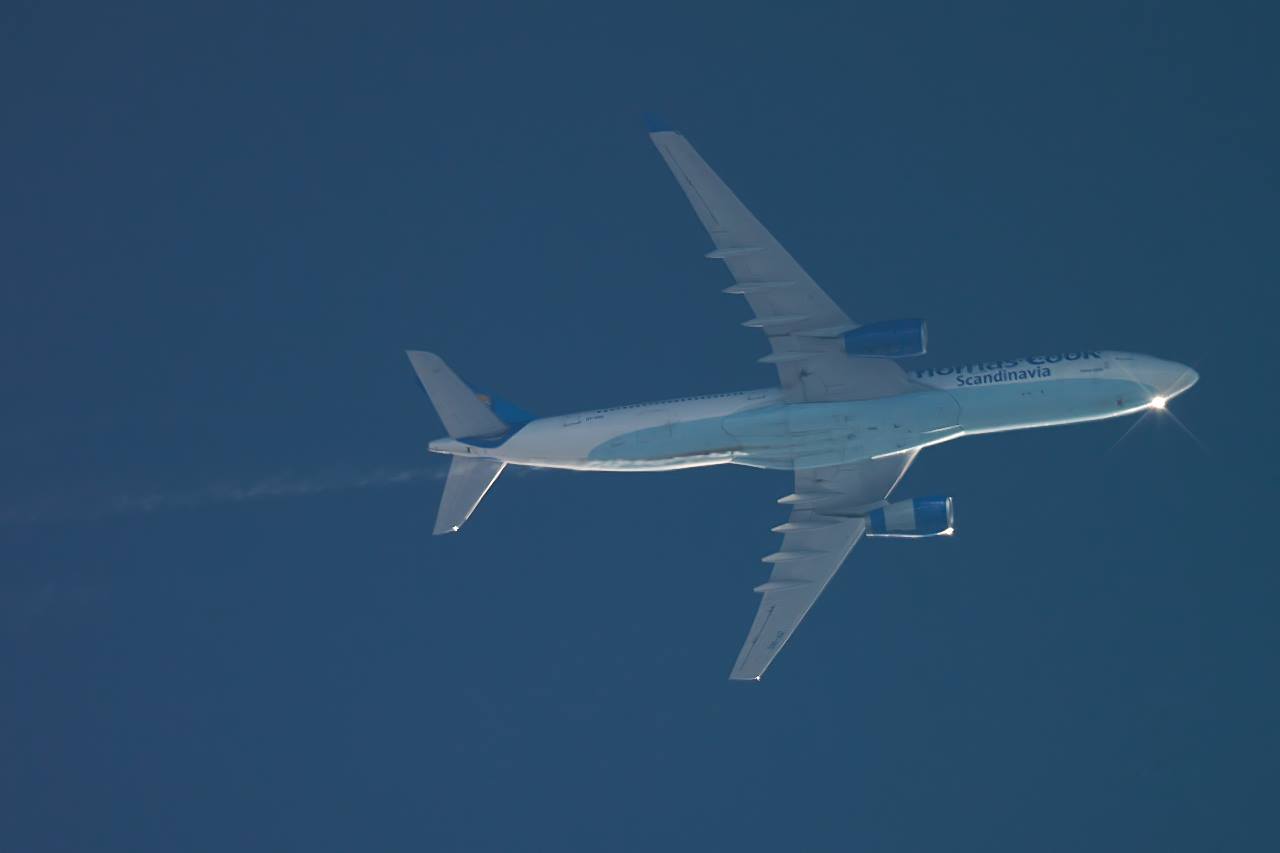 In addition to the Auxiliary Power Units creating trails there is also grey water waste dumping.

See the staining on the underside of these airliners? Caused by grey water dumping. All that waste tea and coffee has an effect! Please understand that this isn't toilet sewerage dumping.

This is what the waste water dumping looks like in flight.

These Auxilairy Power Units and grey water dumps trails are regularly filmed and used by chemtrail believers. Sadly there is so many closed door and heavily moderated chemtrail forums out there that they are widely spread and believed. It is just simple ignorance.

originally posted by: Zaphod58
a reply to: mrthumpy

I'm not so sure about that. Not that it really matters 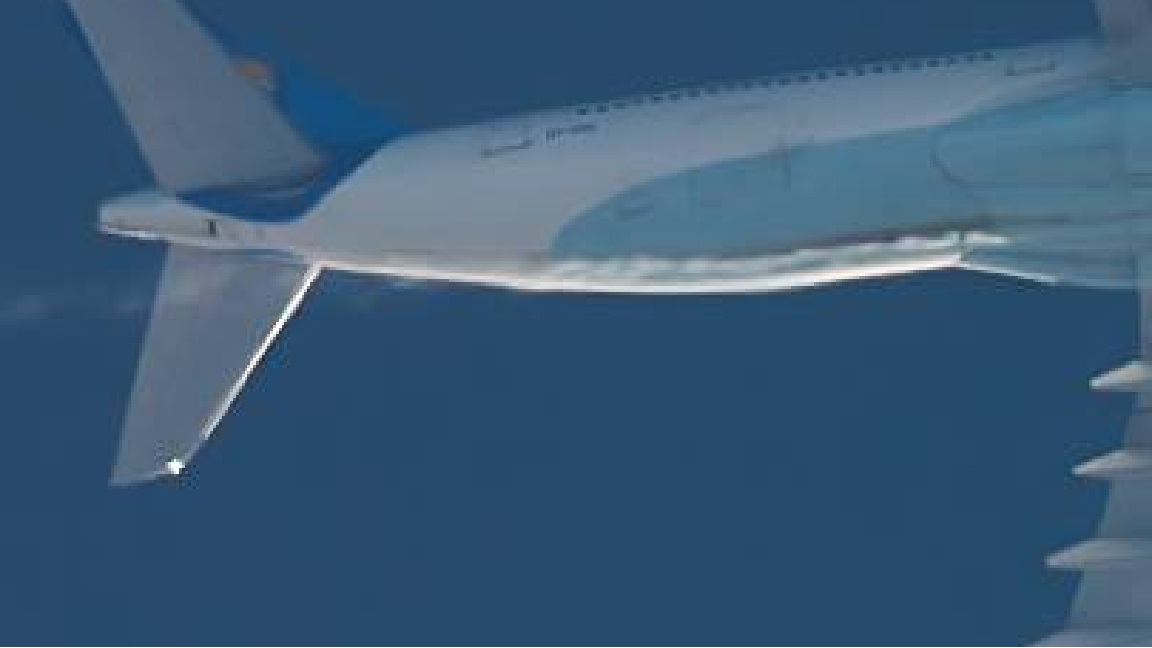 
originally posted by: Zaphod58
a reply to: mrthumpy

I'm not so sure about that. Not that it really matters 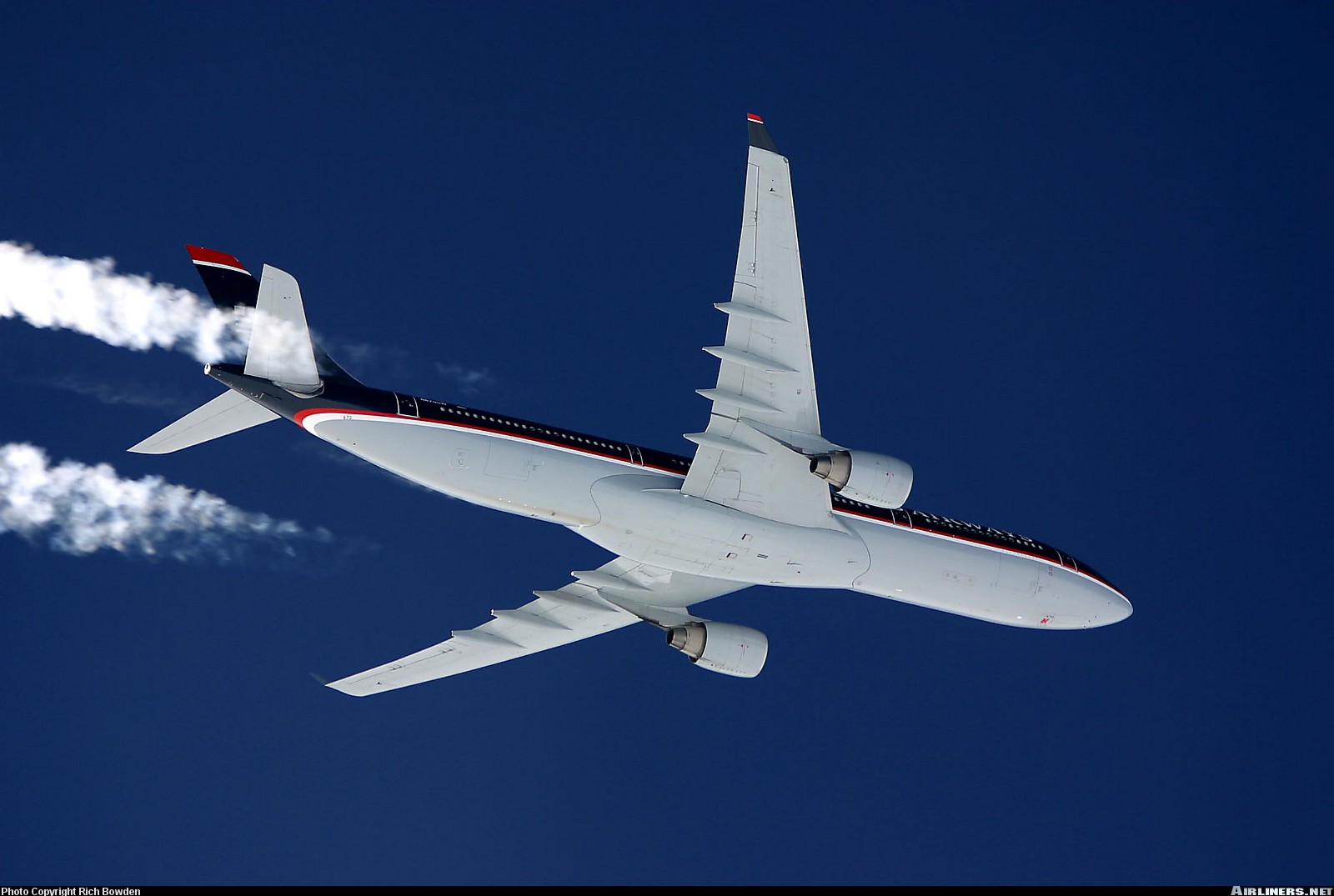 Perhaps a last resort to prevent another country leaving the EU

You can't be serious?